The Dark History of the Frito Bandito, Frito-Lay’s Racist Mascot

Today, Fritos are one of our favorite snacks. However, many people don’t realize that the delicious corn chip has a racist past. From 1967 to 1971, “Frito Bandito” was the mascot for the crunchy chips. The character depicted a racist, stereotypical “Mexican Bandit” image.

The Frito Bandito was first introduced as a mascot by Frito-Lay in 1967, replacing the original “Frito Kid.” Frito Kid was the company’s original mascot from 1952 to 1967. Frito Kid’s star rose when Disneyland opened up a Casa de Fritos Mexican Restaurant in the 1950s. Frito Kid appeared as a statue on a vending machine that handed out bags of Fritos corn chips.

Frito Bandito replaced the Frito Kid in 1967. The mascot was the brainchild of animator Tex Avery – the cartoonist behind characters such as Bugs Bunny, Daffy Duck, and Porky Pig. Avery was known for creating racist characters, and the Frito Bandito was no different. The appearance of Frito’s new mascot included a yellow sombrero, gun holster, two pistols, a gold tooth, an unshaven face, and a mustache.

This new mascot was representative of the Mexican Bandit stereotype that was prominent in Hollywood movies throughout the early to the mid-twentieth century. This stereotype shows Latin American men as vicious bandits who robbed, cheated, stole, gambled, and lied. In this vein, the Frito Bandito’s goal was to rob people of their Fritos corn chips while he was pursued by the FBI – the “Frito Bureau of Investigation.” 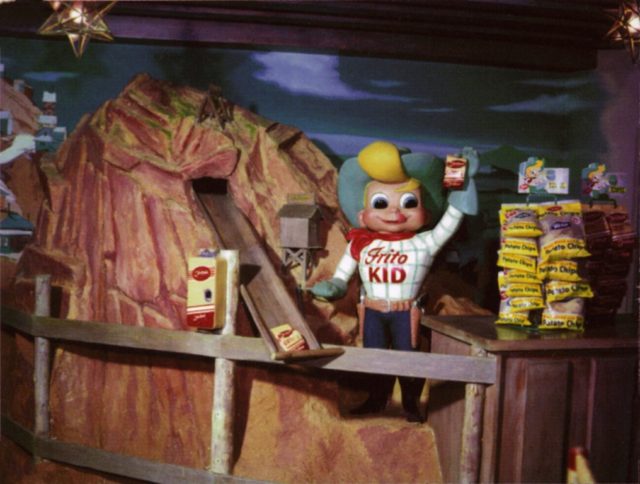 The Frito Kid vending machine from Disneyland. Frito Kid was the original mascot for Fritos. (Photo Credit: Spacemountainmike/ Wikimedia Commons via CC BY 4.0)

The television Frito Bandito was voiced by Mel Blanc, who also provided the voice for Bugs Bunny, Daffy Duck, and Porky Pig. The Frito Bandito’s trademark jingle which he sang while he robbed people of their Fritos was: “Ay, Yi, Yi, Yi, I am the Frito Bandito. Give me Fritos corn chips and I’ll be your friend, the Frito Bandito you must not offend.” This jingle is ironic considering the millions of people the Frito Bandito offended over his four-year tenure as Frito mascot.

When was Frito Bandito retired?

Much to their dismay, Frito-Lay eventually retired the Frito Bandito in 1971. However, it nearly took a $610 million lawsuit to get Frito-Lay to put the Bandito into what they believed was an early retirement.

The two most vocal activist groups who wanted the Frito Bandito gone were the Involvement of Mexican-Americans in Gainful Endeavors (IMAGE), based out of San Antonio, Texas, and the National Mexican-American Anti-Defamation Committee (NMAADC).

These groups demanded that Frito-Lay stop using their mascot because of the racist stereotypes the Bandito projected. However, the company refused to pull the Frito Bandito, citing a survey they conducted that said 85% of Mexican Americans liked the character. 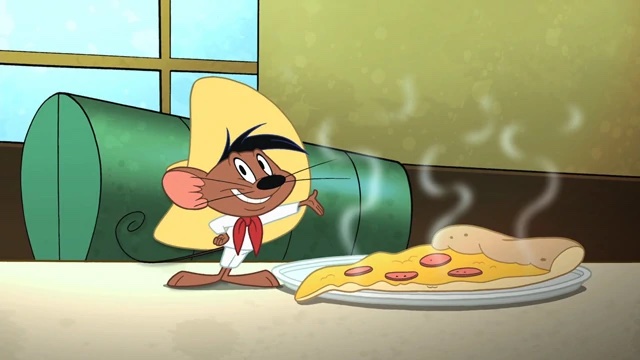 Instead of getting rid of the character, Frito-Lay “cleaned up” their mascot. The potato chip company got rid of the Frito Bandito’s beard and gold tooth, and eliminated his pistol after the assassination of Robert Kennedy in 1968. They also gave the mascot a friendlier voice and face with less grimacing, although the Frito Bandito’s goal was still stealing chips.

In an article published in Newsweek, Frito-Lay made it clear that they didn’t care about “offending a small group” because there was a profit to be made. This article ends with a damning quote from a Frito-Lay executive who states: “We don’t need the flak if the Bandito wasn’t selling Fritos.”

The NMAADC and IMAGE were still unhappy with the character’s new look and what Frito-Lay was saying about this “small group” of people. In November 1969, NMAADC and IMAGE negotiated with two major television stations in Los Angeles and San Francisco to no longer accept any Frito Bandito advertising. 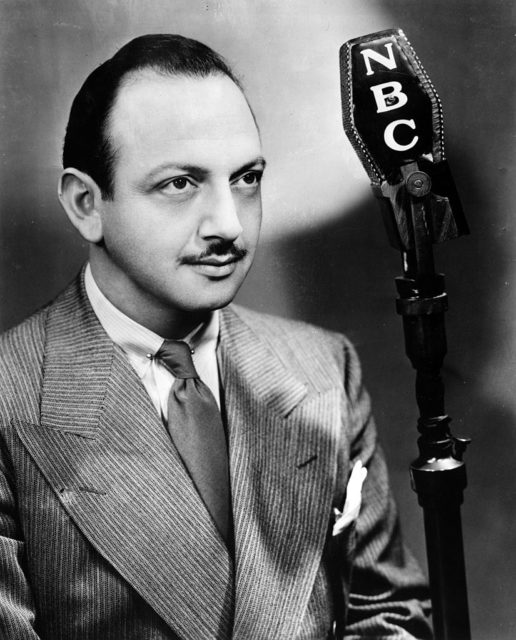 In December 1969, the two activist groups announced their intention to file a joint complaint with the Federal Communications Commission (FCC). Two months later, Frito-Lay announced that Frito Bandito would be officially retired.

However, the Frito Bandito character was still in circulation a year later. Because of this, NMAADC and IMAGE announced their intention to file a $610 million lawsuit in federal court for the “malicious defamation of the character of 6.1 million Mexican-Americans in the United States.” The lawsuit sought damages of $100 for every Mexican-American living in the United States in 1971. At this point, Frito-Lay had no option but to pull the Frito Bandito mascot, officially ending the character’s campaign in January 1971. 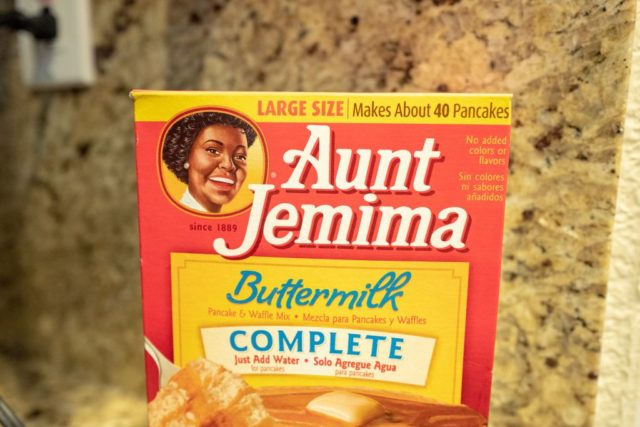 Stereotypical product mascots and logos have persisted into modern times. Aunt Jemima, Mrs. Butterworth, and Uncle Ben (now “Ben’s Original”) all have racist roots and stereotypical mascots, although the companies behind these particular brands have updated their mascots and/or names in recent years.

Similarly, many professional sports teams have racist names and mascots. The Chicago Blackhawks NHL team continues to use stereotypical Native American imagery in their logo and team name. It was only last year (2021) that the Cleveland Indians MLB team changed their official name to the Cleveland Guardians.