After it was added to Netflix, That ’70s Show became one of the streaming platform’s most-watched series. That’s why it came as no surprise that it ordered a new spinoff series, titled That ’90s Show. While the original focused on Eric Forman and his group of friends, this show will center around his and Donna Pinciotti’s teenage daughter, Leia. 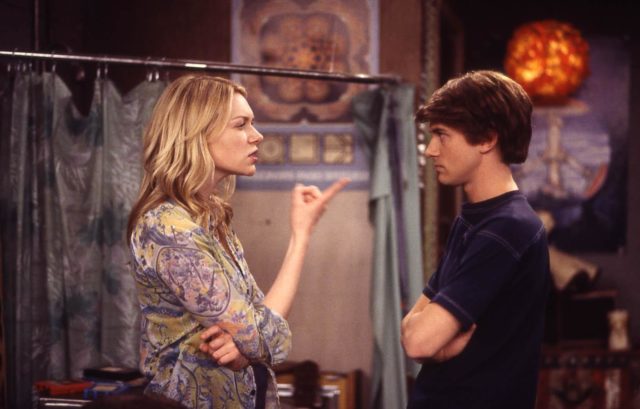 The new series was announced in October 2021, with Netflix revealing it had ordered a 10-episode spinoff set in the 1990s. It will feature Callie Haverda as Leia Forman, who’s visiting grandparents Red (Kurtwood Smith) and Kitty Forman (Debra Jo Rupp) for the summer. While there, she’ll make a new group of friends.

here's a sneak peek at that '90s show, what are your thoughts? i wanna know pic.twitter.com/n9uMcFtKwB

Recently, it was announced that the majority of the main cast will be reprising their roles, including Grace, Pepron, Kunis, Kutcher and Valderrama. Masterson will not be appearing, as he’s currently scheduled to stand trial on charges of sexually assaulting three women in the early 2000s. He has pleaded not guilty.

It’s currently unclear if the group of friends will reunite onscreen or if they’ll each appear in different episodes. There’s also little known about the show itself, other than it’s set in the fictional town of Point Place, Wisconsin in 1995. The logline, as shared by Deadline, adds that “sex, drugs and rock ‘n’ roll never dies, it just changes clothes.”

Given that the show will take place in 1995, we can make some assumptions as to what life will be like for Leia and her friends. A lot of big pop culture events happened that year, such as Michael Jordan‘s return to the NBA, the privatization of the internet by the US government and the Playstation 1 being introduced to North America. O.J. Simpson was also found not guilty of the murders of Ron Goldman and ex-wife Nicole Brown Simpson.

1995 also saw the release of a number of classic films, including Toy Story, Clueless and the Adam Sandler comedy, Billy Madison. Among the most famous musical artists at the time were Mariah Carey and TLC, the latter of which had released their hit single, “Waterfalls,” the previous year.

That’s not to mention the fashion from the time. You can bet the show’s teenage characters will be wearing cargo pants, oversized Gap sweaters, overalls and maybe even some looks inspired by the decade’s grunge culture. All this paired with the decade’s frosted eyeliner, dark red lipstick and hair likely inspired by Friends‘ “the Rachel” are sure to transport everyone back in time. 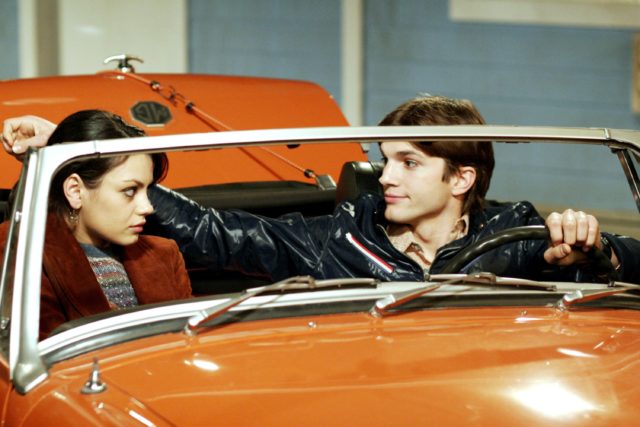 More from us: The Original ‘Pinocchio’ Ending Is What Nightmares Are Made Of

A premiere date for That ’90s Show has yet to be revealed.