The Survival Story of Madeleine Astor, Titanic’s Most Famous Widow

Madeleine Astor was just 19 years old when she boarded the RMS Titanic on April 10, 1912, with her husband, American millionaire John Jacob Astor IV. Astor was five months pregnant at the time and was excited to return home to New York City after their extended honeymoon adventuring around Egypt. In just four days, Madeleine Astor’s life would change forever. 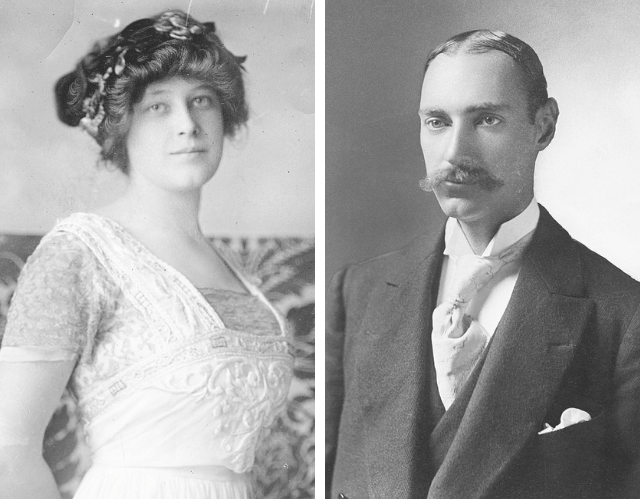 She met her soon-to-be husband Colonel John Jacob Astor IV (who was nearly 30 years her senior) in 1911. Their courtship was featured all over news tabloids, especially Astor’s affinity for showing young Madeleine around the city in state-of-the-art automobiles and yachts. 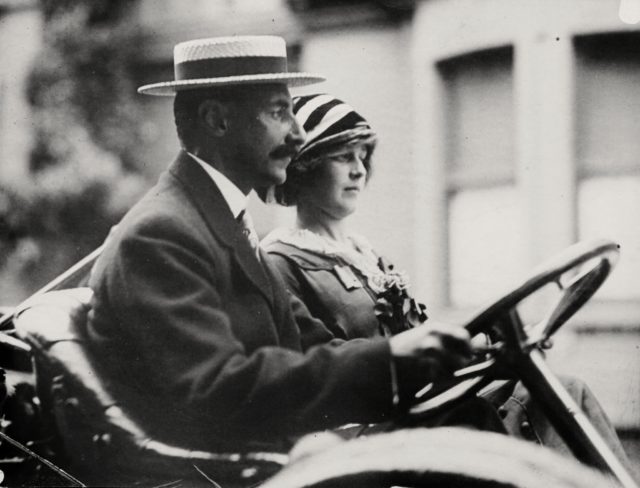 The glamourous couple was engaged in August 1911 and married on September 9, 1911, even after they struggled to find a priest to marry recent divorcee John Jacob Astor. Their marriage cemented their place as one of New York’s elite celebrity couples.

The newlyweds boarded Titanic‘s sister ship the RMS Olympic in January 1912 for their honeymoon. They traveled around Europe and eventually ended up in Eygpt, “on account of Mrs. Astor’s health.” During their honeymoon, Madeleine Astor became pregnant with their first child. Wanting the baby to be born in the United States, the Astors immediately booked a last-minute ticket home aboard the Titanic. 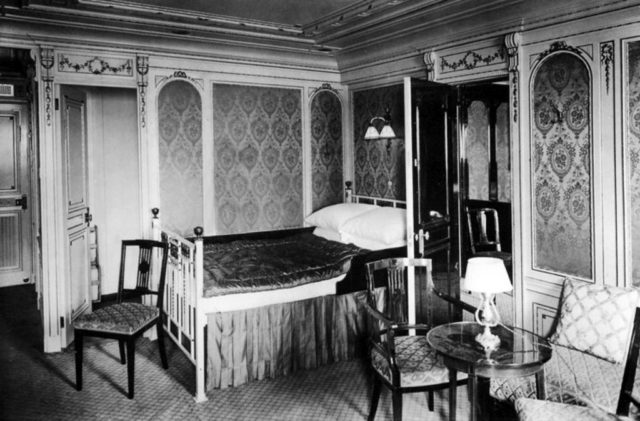 The couple boarded Titanic in Cherbourg, France with John Astor’s valet, Madeleine Astor’s maid, their nurse, and their beloved dog Kitty. The Astors enjoyed the opulent first-class parlor suites, which were the most expensive rooms on board. The suites featured private promenade decks, large staterooms, an en suite with marble fixtures, and private sitting rooms. A ticket for the first-class parlor suites cost a cool $4,350 in 1912, or roughly $50,000 today. 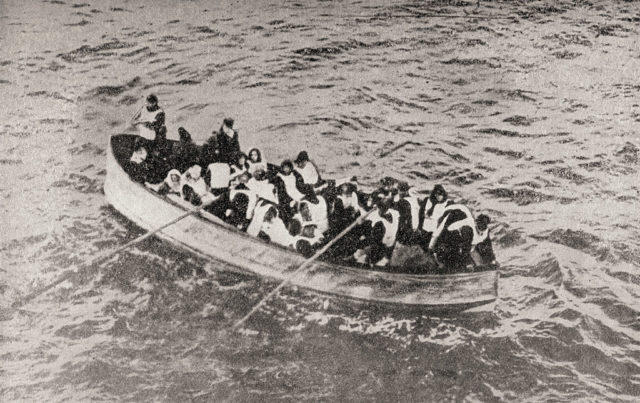 Survivors Of The RMS Titanic In One Of Her Collapsible Lifeboats.(Photo Credit: Universal History Archive/Universal Images Group via Getty Images)

On the evening of April 14, 1912, John Jacob Astor came back to his suite to inform his wife that the ship had struck an iceberg, but the damage wasn’t that serious, and assured her there was nothing to worry about – after all, they were on the world’s only “unsinkable ship.”

The Astors and their three staff dressed warmly and put on life preservers before making their way toward the lifeboats. Some accounts say they spent time waiting on the “mechanical horses” in the first-class gym. Other reports say that Madeleine Astor was skeptical of the life jackets, which her husband proved were made with the right material by cutting a spare lifevest open – probably not the best use of a life preserver in this exact scenario.

Madeleine Astor, her nurse, and maid were able to board Lifeboat 4. John Astor helped his young wife into the boat, then asked if he could get on board with her since she was in a “delicate condition” – likely referring to her pregnancy. He was denied entry onto the lifeboat since only women and children were allowed to board the boats. Astor reportedly asked the captain for the lifeboat number so he would find his wife later on, but what he didn’t know was that there would not be enough time or enough lifeboats for the remaining passengers.

John Jacob Astor and his valet both died in the sinking, Astor’s body was found in the Atlantic on April 22 with $2,500 in cash in his pockets. Madeleine Astor was rescued by the RMS Carpathia in the early morning of April 15th. Like many of the women saved by the Carpathia, Madeleine was unaware that she was now a widow. 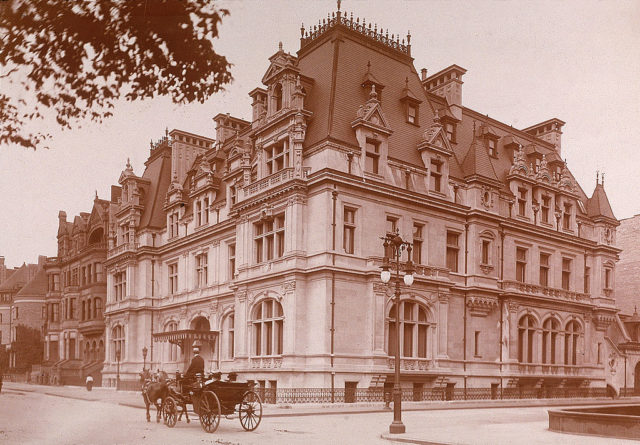 When she arrived home in New York City, Madeleine released a statement to the New York Times through a spokesperson:

“Mrs Astor, it appears, left in one of the last boats which got away from the ship. It was her belief that all the women who wished to go had then been taken off. Her impression was that the boat she left in had room for at least 15 more persons. The men, for some reason (that) she could not and does not now understand, did not seem to be at all anxious to leave the ship. Almost everyone seemed dazed.”

The newly widowed Madeleine Astor stayed out of the public and mourned her loss in private. Her husband left her $100,000 in his will and allowed her to live at their lavish mansion on Fifth Avenue – both privileges she would lose if she chose to remarry. An additional $3 million was put aside for their unborn child. John Jacob Astor VI, nicknamed “Jakey,” was born on August 14, 1912, exactly four months after his father’s death. 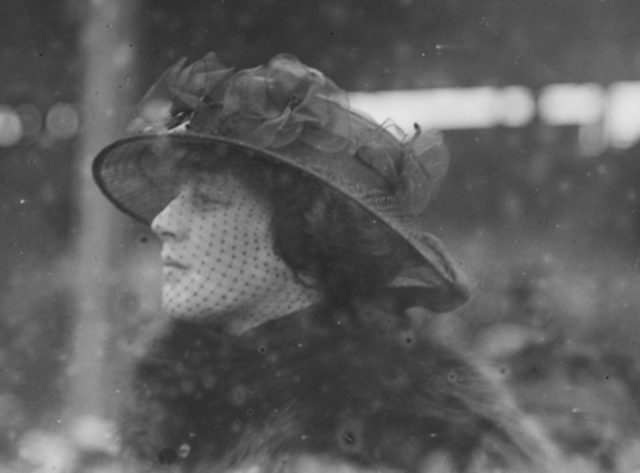 At just 46 years old, Madeleine Fiermonte died from a heart condition on March 27, 1940. She is buried at Trinty Church Cemetery in New York City, the same site where her first husband John Jacob Astor IV was buried after his body was recovered from the Titanic disaster.

« Jackie Robinson Jr. Tragically Died 16 Months Before His Famous Father
What is the Birthday Effect? 6 Famous People Who Died On Their Birthday »