One of the most iconic landmarks in Paris is opening its doors to a handful of lucky guests for the first time ever. The Moulin Rouge’s famous red windmill will be available to rent next month through a partnership with Airbnb.

Opening to the public for the first time

A secret room, never before seen by the public, has been converted into a plush boudoir that’s draped in sumptuous pastels from top to bottom. The space was transformed under the guidance of 19th-century French historian Jean-Claude Yon, who said the room “has been designed to take you on an authentic journey back in time to experience the French capital of arts and pleasures during a moment in history.” 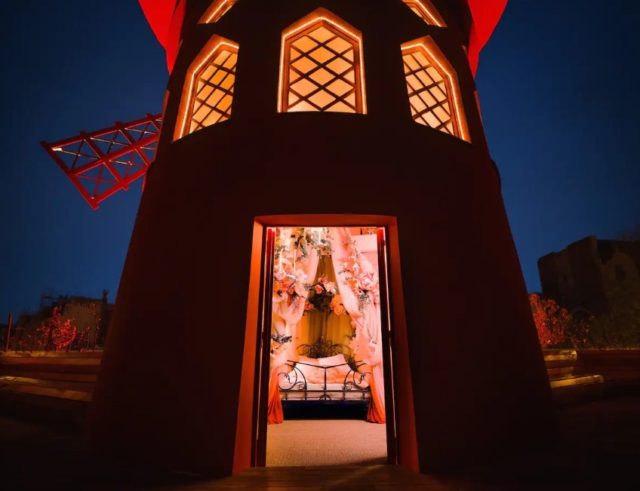 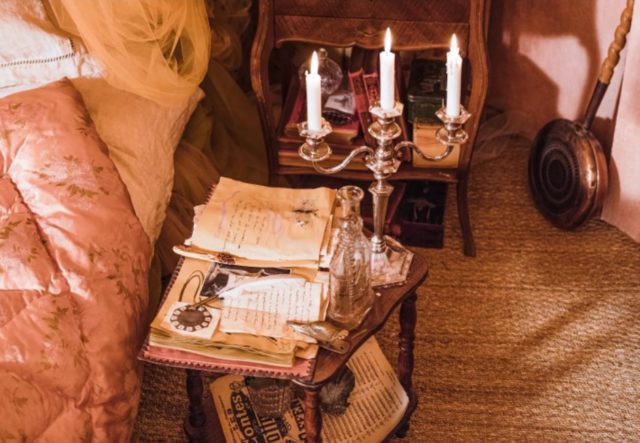 An adjacent dressing room has been adorned with costumes and other artifacts from the cabaret theatre below. Also included in the historic accomodation is a private terrace where guests can soak up a unique view of Paris under strands of romantic fairy lights.

The Moulin Rouge is best known around the world as the birthplace of the seductive French can-can dance. Located in the heart of the tourist-favorite Montmartre neighborhood in Paris, the theatre and windmill were first built in 1889. The original structures burned down in 1915 but were reconstructed in 1921. The windmill is a symbolic “tribute to Montmartre’s rural origins,” said lead dancer Claudine Van Den Bergh. 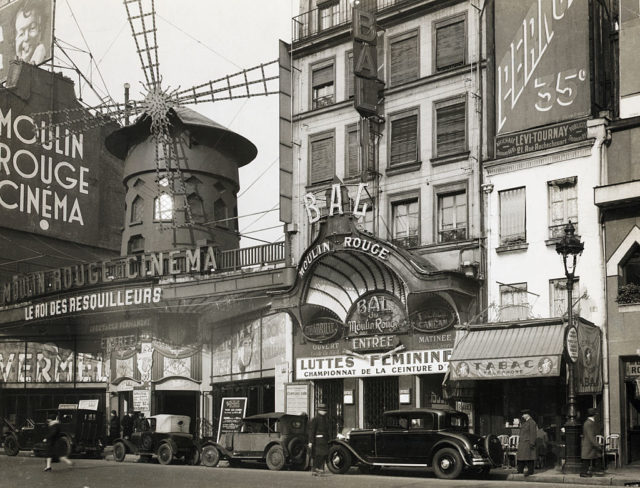 The venue is also the setting for the 2001 movie Moulin Rouge! starring Nicole Kidman and Ewan McGregor, a recent popular Broadway show, and many other film and musical productions.

Only three nights available – get your entry in!

The windmill will only be available for three individual one-night stays on June 13, 20 and 27. Each night is bookable for a maximum of two people. Hopeful guests can start requesting their spot at this link on Tuesday, May 17. 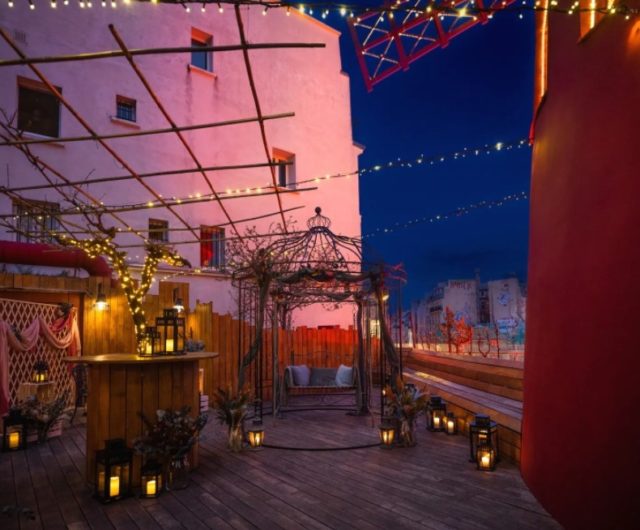 More from us: 16th Century French Castle Transforms into Glorious Boutique Hotel – Take a Peek Inside

In addition to spending a night in the windmill, guests will be able to enjoy the Moulin Rouge’s signature cabaret show “Féerie” and a Belle Époque menu three-course French meal prepared by resident chef Arnaud Demerville.

Those fortunate few who manage to nab a spot will pay just one euro (around $1). What a deal! This is truly a once-in-a-lifetime opportunity!