The Japanese monarchy is said to be the oldest continuous hereditary monarchy in the world today. Generation after generation, the title of Emperor is passed on to the eldest son, but surrounding family members also maintain Imperial status as part of the Imperial Family. Despite them having no inclusion in political affairs, these members serve important ceremonial and social duties. However, some choose to leave the Imperial Family to pursue something they value more than their royal status – love. 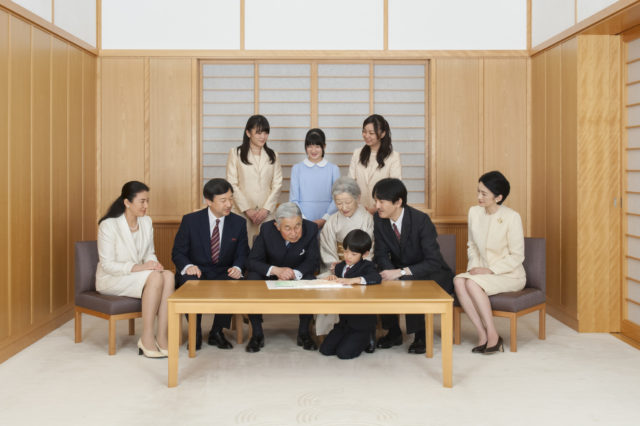 Emperor Akihito and Empress Michiko with the Imperial Family, circa November 2013 before Princess Mako (back left) gave up her title. (Photo Credit: Ministry of Foreign Affairs of Japan / CC BY 4.0 Wikimedia Commons)

In 1947, the Imperial Household introduced a law that stated that princesses who married outside of the Imperial Family would lose their title and membership. Since that law was instituted, 10 princesses have chosen to withdraw from the Family and give up their titles. The most recent princess to do so is Princess Mako, daughter of Prince Akishino, niece of Emperor Naruhito. 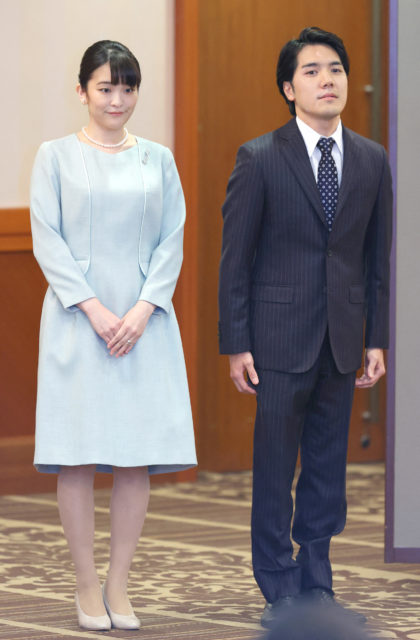 The two were engaged in 2013 but did not announce any plans to wed until 2017. They were originally set to marry in September of that year, but it was pushed back to 2021 after a financial dispute between Kei’s mother and her former fiancé. Her fiancé had provided the funding for Kei’s education, and after Ms. Komuro’s engagement was broken off, Mako and Kei felt it necessary to postpone the wedding until the scandal quieted from the public eye.

In October 2021, Mako and Kei tied the knot at a small wedding in Tokyo. The Imperial Household Agency said that they did not want to have a big wedding “because their marriage is not celebrated by many people.” Prior to their betrothal, the two had faced a great deal of backlash from the public, but Mako knew Kei was the one she was going to marry. Like a true love story, she admitted that she was first “attracted by his bright smile like the sun.” 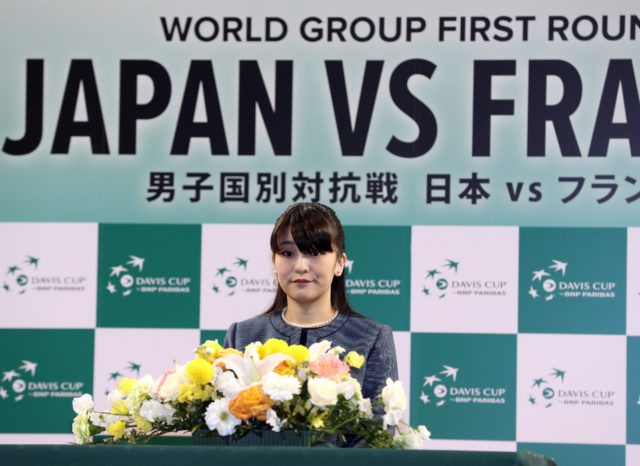 Japan’s Princess Mako attends a drawing event of the Davis Cup World Group first-round tennis matches between Japan and France which will be held February 3 to 5 in Tokyo on February 2, 2017, before giving up her title as Princess. (Photo Credit: YOSHIKAZU TSUNO / Gamma-Rapho / Getty Images)

When the Imperial Family made the law that princesses who marry outside the family have to give up their title, they had no intention of leaving those women with nothing. Every woman who has made the choice to leave has been gifted a $1 million payout to help them on their way. When Mako made the decision to leave, she also decided so was going to decline the $1.3 million payout that was offered to her, making her the first woman in Imperial history to do so.

But even though she turned down the $1.3 million payout, Mako is doing just fine. After tying the knot, she followed Kei to New York, where he works as a law firm clerk. Since moving, Kei has written that bar exam twice, unable to pass the two-day licensing exam that is known as being extremely difficult for foreign-trained law students. However, there is no limit on how many times one can take the exam, and it seems as though Kei is intent on passing it one day.

Mako is keeping busy as well. She has her own internship at the Metropolitan Museum of Art, where she has been particularly involved with the preparation team of an exhibit that showcases the life of a 13th-century monk who traveled throughout Japan, introducing Buddhism. A former Met curator stated how “she’s qualified and probably handling pieces in the collection.” Unfortunately, her internship is unpaid, as Mako is unable to work in the US as she arrived on a spouse visa. 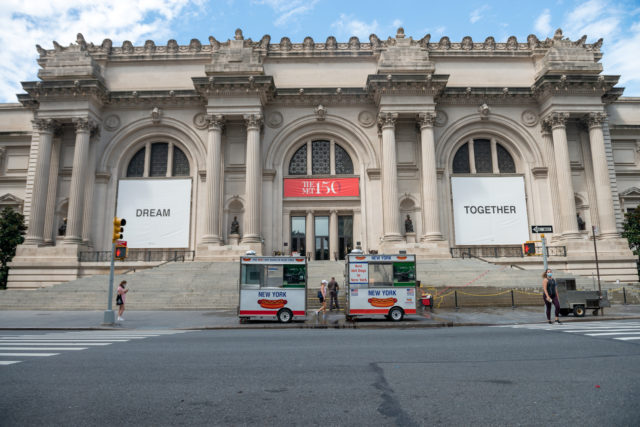 The Metropolitan Museum of Art, iconically located on Fifth Avenue, is said to be only a short 10-minute drive from the couple’s luxury Manhattan apartment. The two are cozied up in a one-bedroom apartment near Central Park in one of the most expensive buildings located in the heart of Hell’s Kitchen.

The former Princess has been spotted asking for directions from strangers on the streets of New York, understandable as she gets used to her new home.

« The Real Life People Who Turned Their Names into Iconic Brands
Giuseppe “The Clutch Hand” Morello: The Man Behind One of America’s First Crime Families »