Starring Julia Roberts and Sean Penn, Gaslit is an eight-episode dramatic series that debuted just before the 50th anniversary of then-President Richard Nixon’s politically fatal Watergate Scandal. This modern take on the series of events leading to Nixon’s 1974 resignation focuses on the lesser-known figures involved in uncovering the scandal.

How does the cast of Gaslit compare to their real-life counterparts? See for yourself. 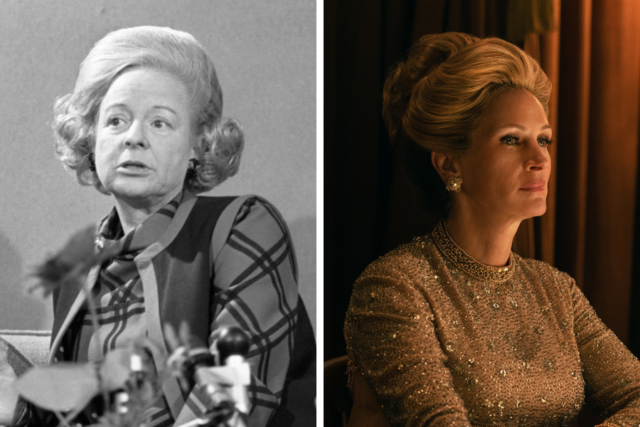 The outspoken socialite Martha Mitchell was married to Nixon’s campaign chair and onetime US Attorney General John Mitchell. Martha was one of the first people to uncover the scandal after she overheard her husband’s conversations. Her claims were first attributed to mental illness, but she was vindicated as facts about the case emerged. In 2022, Netflix released a documentary titled The Martha Mitchell Effect, which chronicles her experiences as a whistle-blower during the Watergate Scandal.

“We weren’t trying to make a replica of Martha. We were trying to bring out Julia’s best features, too. A lot of the styles were not so flattering [on Roberts]. Martha had a rounded-out face and Julia is more angular, so I couldn’t do some of these really severe hairstyles.” 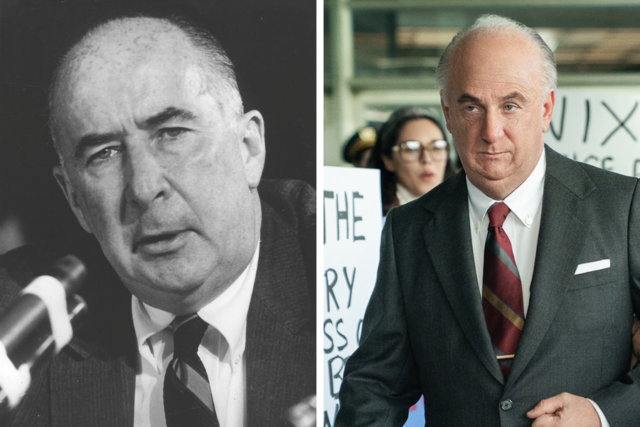 John Mitchell served as Attorney General of the United States under Nixon until he resigned in 1972. He then went on to manage the president’s re-election campaign. When the Watergate break-in occurred, John hired a former FBI agent to stop Martha from learning about it. When she went public with the information, he denied her claims, and his involvement in the Watergate affair eventually led to him receiving a sentence of up to eight years in prison.

Sean Penn is barely recognizable in the role, thanks to a full prosthetic face, along with a bald head cap that took hours to get into. Gaslit‘s creator Robbie Pickering spoke to Vanity Fair about Penn’s transformation.

“I was astounded because I couldn’t see where the seams in it were — where Sean’s face began and John Mitchell’s face ended and vice versa,” he said. “It also retained the humanity and warmth in Sean’s face, which is his most underrated quality as an actor.” 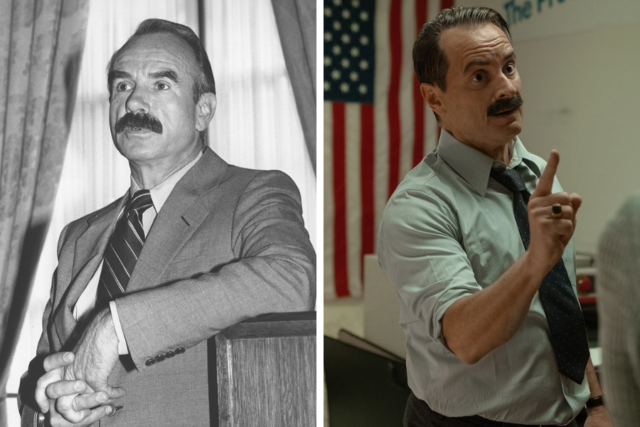 Later convicted of conspiracy, burglary and illegal wiretapping, attorney and FBI agent G. Gordon Liddy co-organized and directed the burglary of the Democratic National Committee Headquarters in the Watergate building in May and June 1972. One of Nixon’s most zealous defenders, Liddy became a radio talk show host after serving 52 months in federal prison for his actions.

Actor Shea Whigham portrays Liddy in Gaslit, with a dyed black mustache and matching hair. In an interview with RogerEbert.com, he addressed the physical aspects of playing such a complicated character. 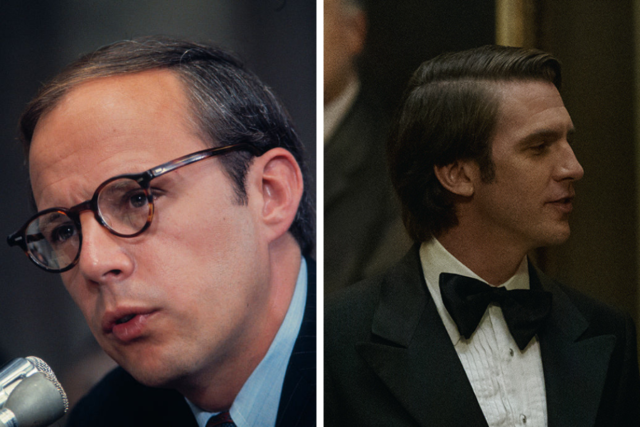 John Dean served as White House Counsel for President Richard Nixon from July 1970 until April 1973. Dean helped to cover up the scandal and later pleaded guilty to a single felony in exchange for becoming a key witness for the prosecution. This led to a reduced sentence, after which he penned a series of books about his experience. He was also a commentator on contemporary politics, and in 2019 testified before the House Judiciary Committee on the Mueller Report.

Former Downton Abbey star Dan Stevens replaced Armie Hammer in the role of John Dean. Interestingly, Stevens had a chance to meet with Dean in person before filming began. He ultimately passed on the opportunity, though.

“I was keen to sit down with him,” Stevens told The Guardian. “Then I was told I’d have to speak with Universal’s lawyers in advance, which I didn’t want to do; I didn’t think it would make the meal taste particularly nice.” 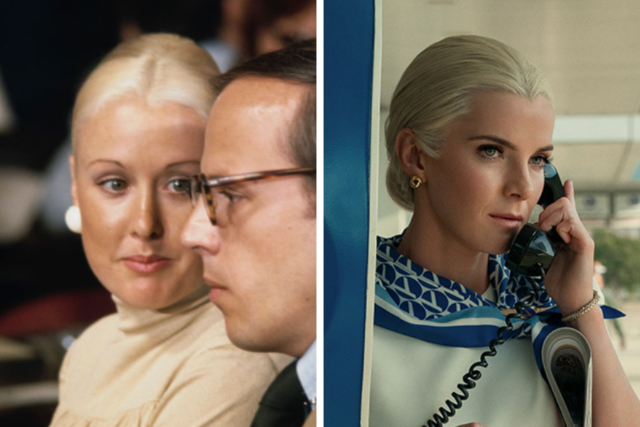 Maureen “Mo” Kane Dean married John Dean in 1972. Known by the press as a beautiful “ice queen,” she calmly sat behind her husband during the Watergate hearings and famously wore her hair in a bun every day during his testimony. After the scandal, Mo worked as a stockbroker and released a book in 1975 called Mo: A Woman’s View of Watergate. She also co-wrote a fictional book, titled Washington Wives.

More from us: Elvis Presley’s Burning Love For Richard Nixon