These 10 Mega Companies Got Started in Garages

Many of the most successful and innovative companies in the world look a lot different today than they did at the beginning. From tech giants like Apple and Amazon to all-American icons like Walt Disney and Barbie, starting small and thinking big is what put these companies on the map! 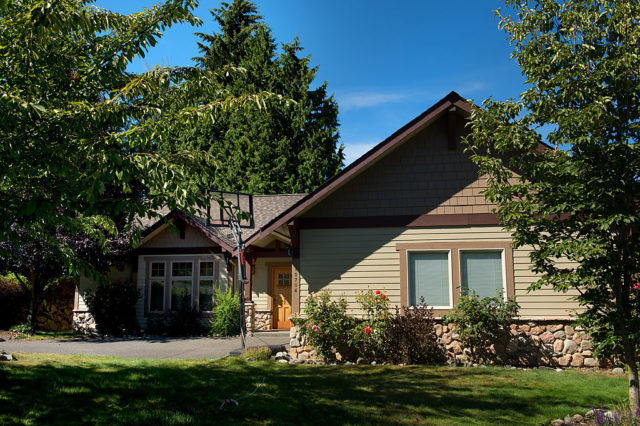 Amazon founder Jeff Bezos began his e-commerce empire in the garage of his Seattle home in 1994. What began as a simple online bookstore soon expanded to other items, earning the company the moniker “the everything store.” Bezos claims he chose the name Amazon for his store after the Amazon River, the biggest river in the world, which was aligned with his dream to make his store the biggest bookstore in the world.

Not only did Bezos make his dream come true, but Amazon has made him one of the richest men in history with a net worth of around $130 billion. Today, Amazon’s offerings have expanded to include web services, cloud computing, and even subsidiaries like Whole Foods. Bezos has also launched new endeavors like his aerospace company Blue Origin, which launched its first flight in July 2021. 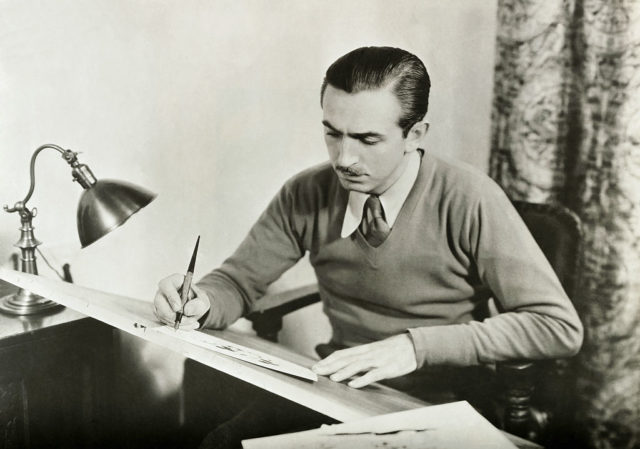 Walt Disney, famed orignator of full-length animated motion pictures, at work at his drawing board.

Walt Disney began his first animation venture with his brother Roy in his uncle’s garage in 1920s Los Angeles. The Disney Brothers Cartoon Studio soon outgrew the small garage space and relocated to a small office nearby. During this time, Disney worked on famous illustrations like Oswald the Lucky Rabbit, the Alice Comedies, and the iconic Mickey Mouse.

In 1929, the studio was reincorporated under the name Walt Disney Productions, which signed a contract with Columbia Pictures to create three cartoons in Technicolor. The Disney classic Snow White and the Seven Dwarves followed in 1934. It was the first-ever animated feature in English and Technicolor, and cost a whopping $1.4 million to produce – over $20 million today. 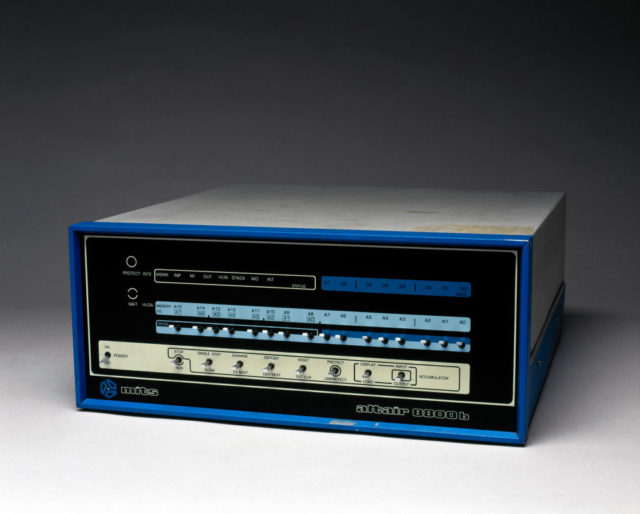 The Microsoft Altair 8800, the first computer designed by Bill Gates and Paul Allen in 1975. (Photo by SSPL/Getty Images).

Bill Gates and Paul Allen first began their computer company Microsoft in a small garage in Albuquerque, New Mexico in 1975. By 1987 Microsoft was a massive success, making 31-year-old Bill Gates the youngest billionaire in the world. Gates and Allen began their company creating software for their first computer model, the Altair 8800.

After licensing some of its software to tech giant IBM, Microsoft was finally able to unveil its first personal computer to the world in 1981. Throughout the ’80s and ’90s, Microsoft grew into a household name and continues to be an essential component of modern computers, software, and smartphones. 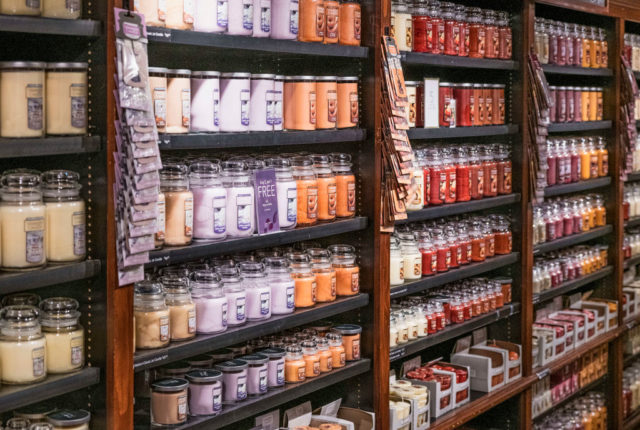 At Christmastime in 1969, sixteen-year-old Mike Kittredge couldn’t afford to buy his mother a gift. Instead, he melted together crayons to create a homemade candle. Soon, neighbors and friends were interested in Kittredge’s homemade candles and he began to make them in his kitchen. By the early 1970s, Yankee Candle Company opened a small retail shop – which has now grown into over 30,000 retailers worldwide. 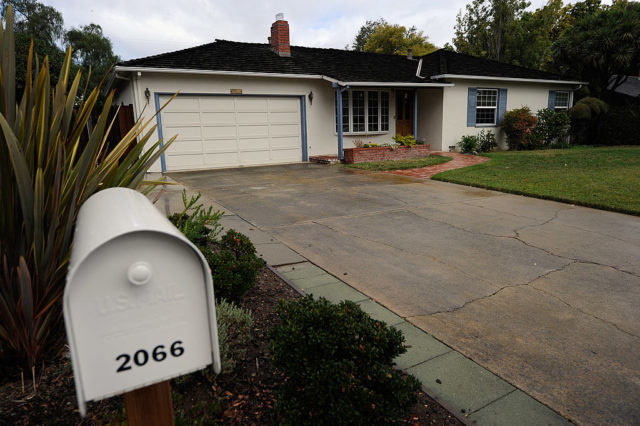 In 1976, Steve Jobs founded Apple Inc. in the garage of his childhood home in California. Jobs and his business partners Steve Wozniak and Ronald Wayne began to develop their first computer model the Apple I, which was entirely hand-crafted by Wozniak. Apple’s success took off overnight, and between 1977 and 1980, sales grew to an average annual rate of 533%.

Apple continued to innovate, and its products are what we know and love today: slim, sleek, and seamless. Apple Steve Jobs died in 2011, but his legacy lives on in one of the largest and most successful tech companies in the world. 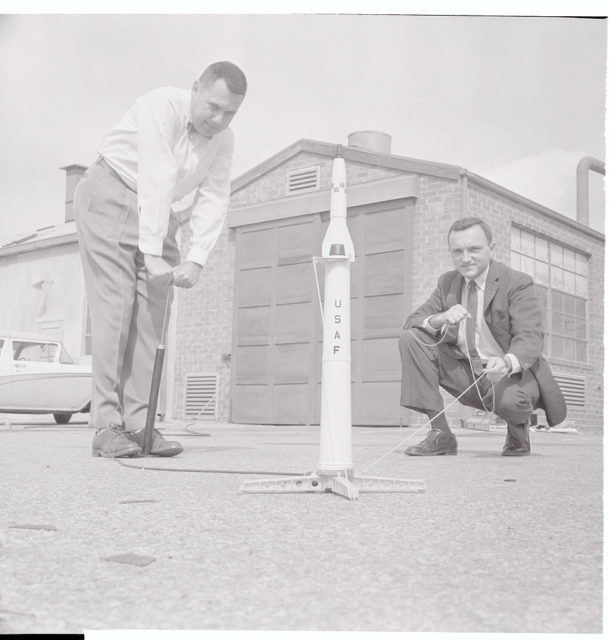 Mattel’s most successful toy arrived on the scene in 1959 with the birth of Barbie. Barbie continues to be a beloved character for children today, with newer models being more inclusive in size, skin color, occupation, and cultural background. 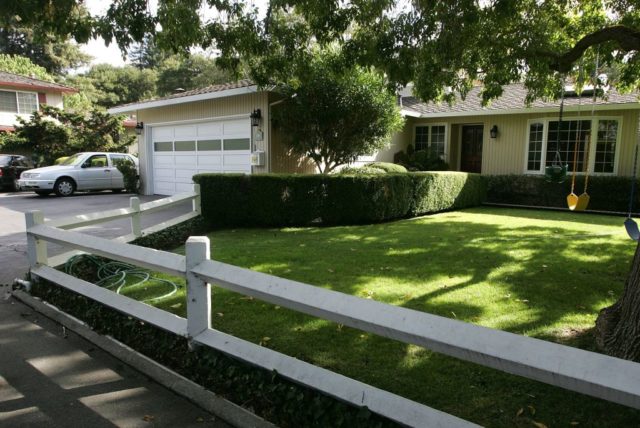 Google’s own ‘about’ page claims that the company has grown from a “garage to the Googleplex” since Larry Page and Sergey Brin founded the famed search engine in 1998. While in school at Stanford University, Page and Brin built their search engine from their dorm rooms until investments from giants in Silicon Valley helped Google move from the dormitory to a suburban garage.

Today Google is so much more than a search engine. Google’s company assets include YouTube, FitBit, comprehensive cloud storage, email services, and even cellphones and laptops. 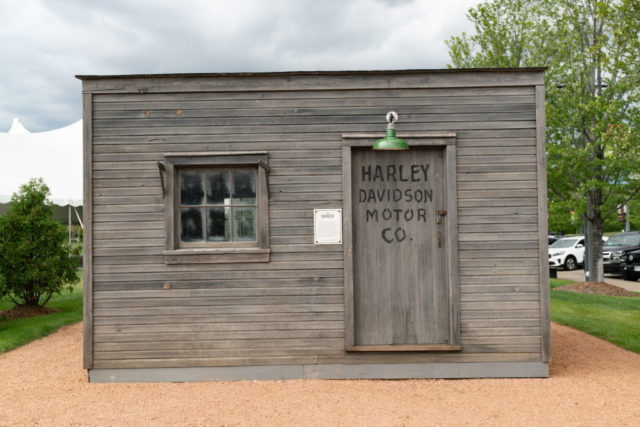 A replica of the shed where William Harley and Arthur Davidson began their motorcycle company. (Photo Credit: AaronP/Bauer-Griffin/GC Images).

Harley-Davidson founders William Harley and Arthur Davidson dreamed up a small motor that could attach to a regular bike frame, what they called a “motor-bicycle,” in 1903. The original prototype wasn’t great at climbing hills, but the following year their motorbike won 4th in a local motorcycle race.

As success grew, Harley-Davidson moved out of its tiny wooden shack workshop and into its first factory. In 1906, the factory produced 50 motorcycles, but that number doubled year after year. When World War I broke out, Harley-Davidson produced 20,000 motorbikes to send to troops overseas, and an additional 90,000 were produced for World War II. Today Harley-Davidson is one of the most renowned motorcycle companies in the world, a true icon of American innovation. 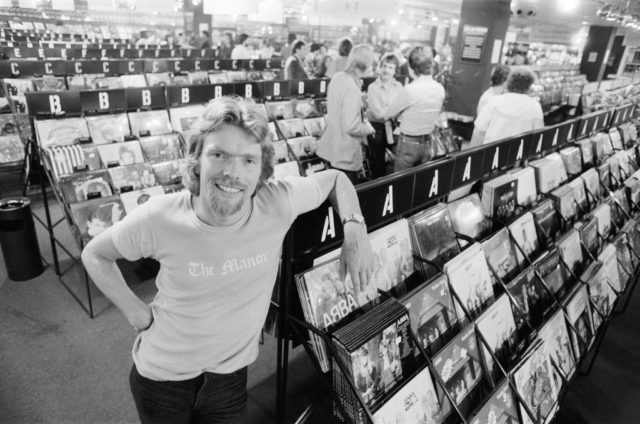 The eccentric founder of Virgin Music, Richard Branson, has always had an entrepreneurial spirit. When he was just 16 years old, Branson dropped out of high school to begin his own youth culture magazine Student, which sold thousands of copies. By 1969, Branson was living in a youth hostel surrounded by the music scene in London, his lifestyle sparked an idea to create a mail-order record store which he called Virgin.

What began as a simple mail-order business grew into a brick-and-mortar shop on London’s Oxford Street. With his profits, Branson founded Virgin Records, a recording studio and label. Virgin Records signed countless icons of the ’80s including the Sex Pistols, Culture Club, the Rolling Stones, and Genesis. 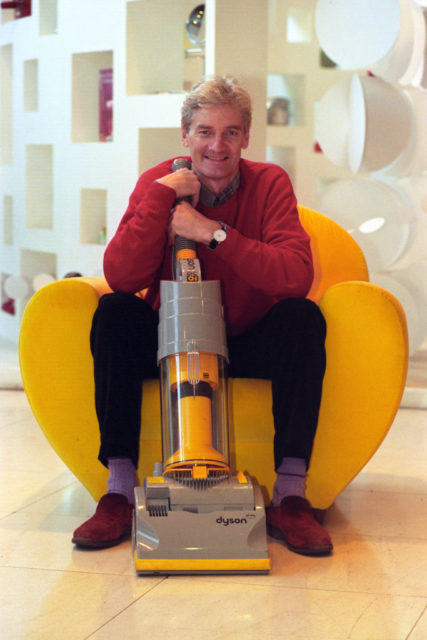 James Dyson found himself getting increasingly frustrated by his vacuum that kept losing suction – so he decided to do something about it. Once he took the vacuum apart, he realized that a technology he created for a factory could also work for a new vacuum: creating a cyclone that captures dust with centrifugal force. It took Dyson five years and over 1,000 prototypes built in his garage to come up with his very own Dyson vacuum.

More from us: How Did JFK Get So Rich? The Business Savvy Behind the Kennedy Fortune

Today, Dyson has revolutionized home appliances with state-of-the-art vacuums, air purifiers, fans, heaters, and even hair dryers, thanks to his patented cyclone design.