J.R.R. Tolkien is well known for creating the iconic high-fantasy works The Hobbit and The Lord of the Rings. But before he was a famous author, Tolkien served in the First World War. His publications both came out after his time overseas, The Hobbit in 1937 and the first Lord of the Rings book was published in 1954.

Tolkien in the First World War

Tolkien fought at the Battle of the Somme, which is known as one of the bloodiest battles in human history. The battle took place between French and British troops against German troops from July to November 1916. On both sides, three million men fought at the Somme, one million of whom were killed or injured. Nearly all of Tolkien’s friends from school died during the battle. 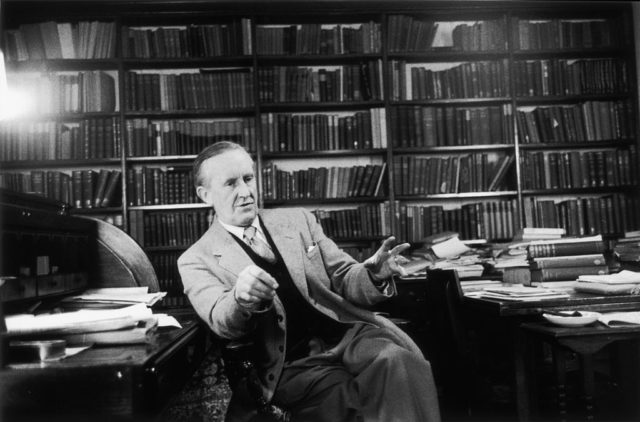 Tolkien served as a signal officer during the battle. He was responsible for maintaining communication between units on the front lines and officers directing the battles behind the front lines. To do this, he used field phones, flares, lamps, morse code, pigeons, and runners.

The Somme was the last offensive that Tolkien would take part in as he contracted trench fever during the battle and was sent back to England in November 1916. After his illness, he was deemed medically unfit for service so he spent the rest of the war on hospital and garrison duty.

The Dead Marshes are the Somme

After he published his The Lord of the Rings trilogy, Tolkien made it clear that those who saw the narrative as an allegory for the Second World War got the wrong war. He admitted that his experiences in the First World War directly impacted his writing and his outlook on life. 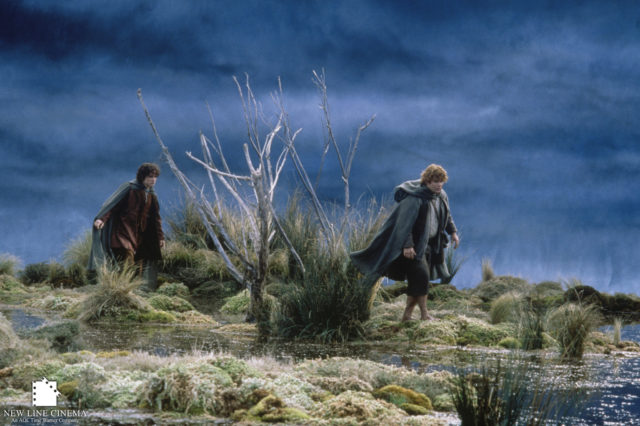 Crossing the Dead Marshes from the Lord of the Rings: the Two Towers. (Photo Credit: New Line Cinema/ Moviestillsdb)

There is one part of Tolkien’s writing that is more directly connected to his experience in the First World War than others: the Dead Marshes. The Dead Marshes were part of the ancient battlefield between the Last Alliance and Mordor, where the fallen were laid to rest. Eventually, the battlefield became marshes and swallowed up the dead.

Tolkien’s description of the Dead Marshes is extremely similar to the description of the trenches in the Somme. It is a place full of divots and pools where the faces of the dead will appear out of the mud. Tolkien himself said that he may have based the Dead Marshes on his experiences of the Somme, specifically seeing dead soldiers lying in the mud where they were killed. 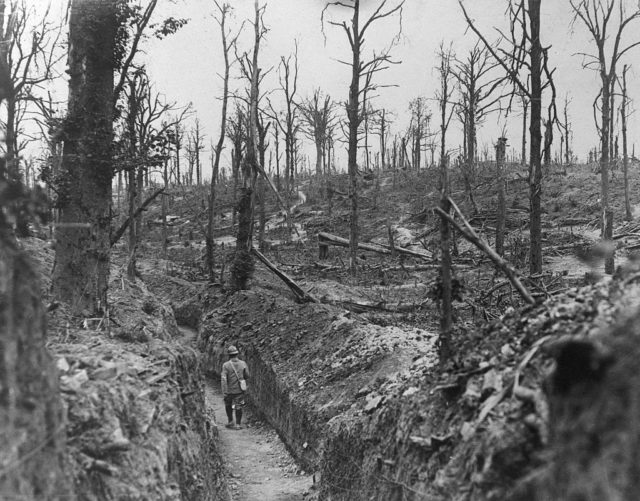 Other connections to the First World War

There are many other connections that readers and literary critics have drawn between Tolkien’s work and the First World War, such as tanks being represented by giant elephant-like creatures, or Ringwraiths making the sound of artillery shells but appearing from the fog like First World War cavalry. However, Tolkien includes more specific connections to the war in his work. 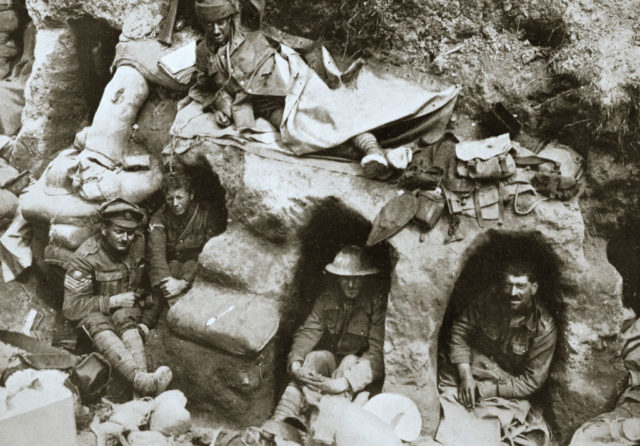 More from us: Something to Shout About! 5 Famous Battle Cries and their Meanings

Tolkien addressed the concept of shell shock through the main character in his trilogy, Frodo. After returning home, Frodo was unable to settle back into normal life, experiencing exhaustion, anxiety, and trembling, much like many of the men that Tolkien would have witnessed returning home from both the Somme and the First World War with shell shock.