The casualties of the attack on Pearl Harbor reached the thousands, and it became one of the most horrific tragedies to occur on US soil in history. One of these losses was that of a baby, but her life was not taken from her by the attack. Her remains were in an urn for four years, and when the Japanese took out the boat her father was working, she was lost to the bottom of the bay, entombed there ’til this day. 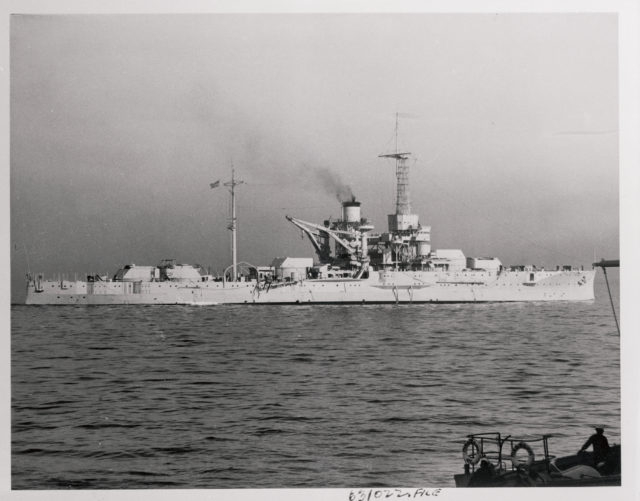 The USS Utah, a controlled target ship was hit by the Japanese in the raid on Pearl Harbor, on December 7, 1941. (Photo Credit: Bettmann / Getty Images)

Twins Nancy Lynne Wagner and Mary Dianne Wagner were born on August 29, 1937. The two were born prematurely, and both suffered complications as a result. Unfortunately, Nancy died two days after birth, while Mary remained in the hospital for around four months. She was pronounced dead three separate times before finally being released to her family.

Nancy’s body was cremated and kept in an urn that her father, Chief Yeoman Albert Thomas Dewitt Wagner, carried with him so he could give her a traditional burial at sea. As he was stationed on the dreadnought USS Utah, he kept her urn in his locker in the chief’s quarters. He was awaiting a new chaplain to join the crew so he could perform the burial properly. 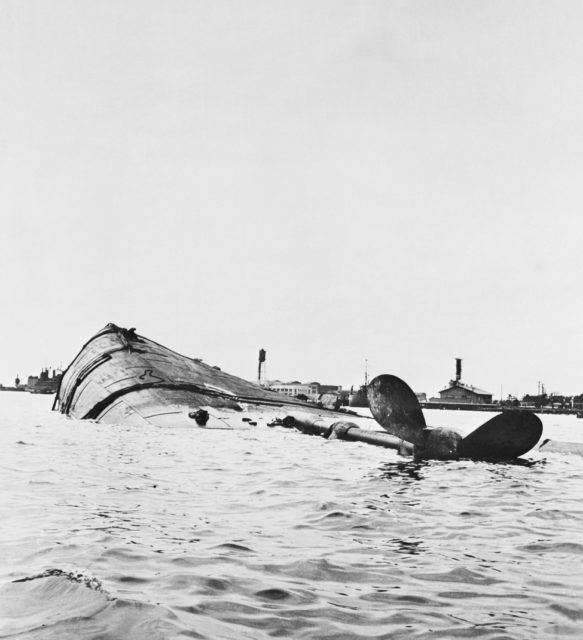 The U.S.S. Utah is shown capsized following the Japanese attack on the Pearl Harbor, Hawaii, Naval Base on December 7. The old battleship was being used as a radio-controlled target ship by the Navy. (Photo Credit: Bettmann / Getty Images)

The arrival of a new chaplain would never come, as Japan targeted the US on December 7, 1941 with the attack on Pearl Harbor. The Utah was located there, and became a target for the Japanese. The ship was hit with two torpedos and it took on water extremely quickly. Those aboard the ship hardly had any time to realize what was going on.

Wagner later recalled, “suddenly, the air was bent by a terrific explosion. Rushing to a porthole, I saw a huge column of black smoke bellowing high into the heavens.” He and 461 others were able to throw themselves overboard and swim to safety, and the boat capsized and sank in a matter of 14 minutes. 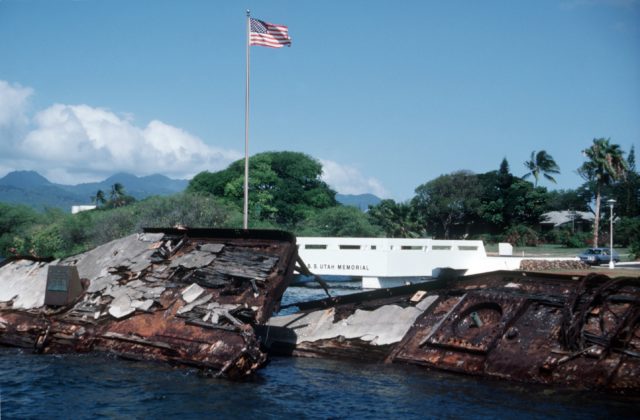 Sadly, 58 men were unable to escape Utah and perished along with it. Wagner had no time to remember to grab his daughter’s urn stowed away in his locker. Instead, she and the other 58 who perished are now entombed at the bottom of the bay. In 1972, a memorial was erected to honor those who were lost on the Utah that day.

Attempts to retrieve the urn 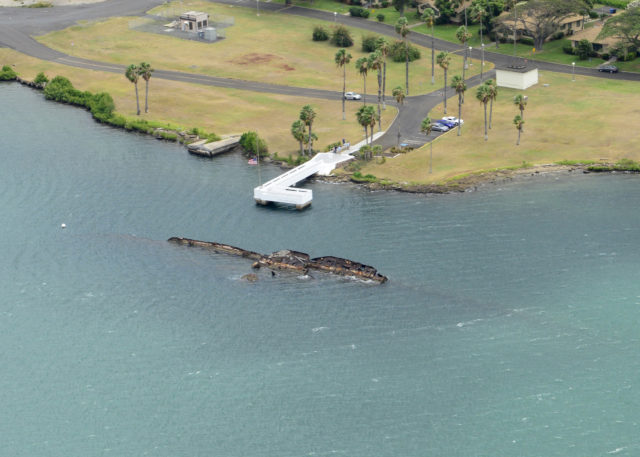 Nancy’s sister, Mary, said that there were attempts to retrieve her sister’s urn by frogmen just two weeks after the boat capsized, but the chief’s quarters were so smashed in that they were unable to enter it. As it stands, Nancy still rests at the bottom of the bay.

More from us: The ‘Empress of Ireland’ Disaster Is Considered to Be Canada’s ‘Titanic’

Mary is at peace with her sister’s entombment. “I don’t think there is a better tribute to my twin sister than to have all of those wonderful and brave men guarding her,” she said. “I could not have asked for anything better than for her to be tenderly, carefully looked after by America’s finest.”