Guest starring on The Howard Stern Show in 2021, Steve Martin took the time to describe the time he met Elvis Presley. The story is truly bizarre, and not what you would expect from the King of Rock and Roll. It was early in Steve’s comedy career and certainly made an impression on him, as he remembered the encounter 50 years later. 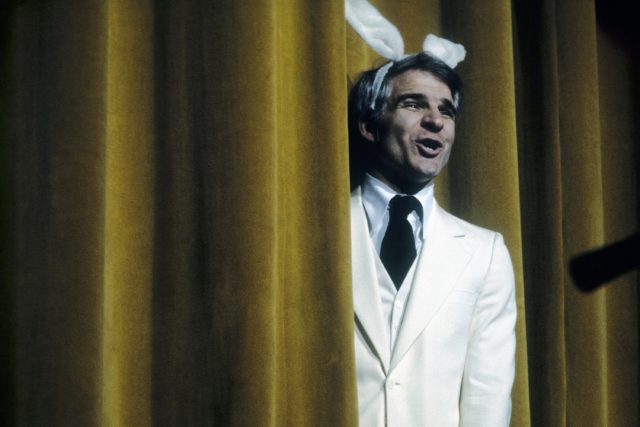 Back in 1971, when Steve was only 26 years old, he scored a gig opening for the Swedish actress, singer, and dancer Ann-Margret Olsson. His act wasn’t the fine-tuned performance it would eventually become, and his banjo never made an appearance, but he did include some magic and all the jokes and weird stuff Martin’s comedy became famous for.

Ann-Margret co-starred with Elvis in the 1964 film Viva Las Vegas, and Steve had a pretty good feeling that the King himself would make an appearance at the show. Ann-Margret and Elvis had stayed good friends following their filming together, and it was not odd for the King to attend his friends’ shows, especially when he was possibly going to be working the stage the following night.

The man dressed in all white 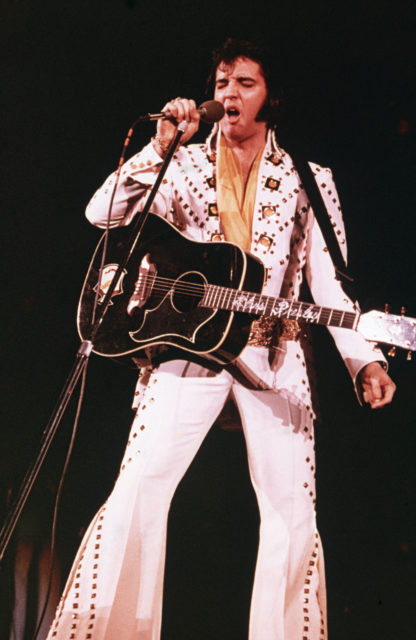 After his set, Steve headed backstage and made sure to keep his dressing room door wide open so that he would get the opportunity to meet Elvis himself. And it worked! Elvis made a visit to his dressing room shortly after the show.

Steve recalled how Elvis first spoke with him, saying “First, I [saw] a beautiful woman walking toward me and that was Priscilla. I didn’t realize that. And then Priscilla moves aside and there’s Elvis in all white. He looked great and had the huge buckle. And he looked at me and said, ‘Son, you have an oblique sense of humor,’ which was king of accurate.” But their encounter didn’t end there.

Taken to the gun show 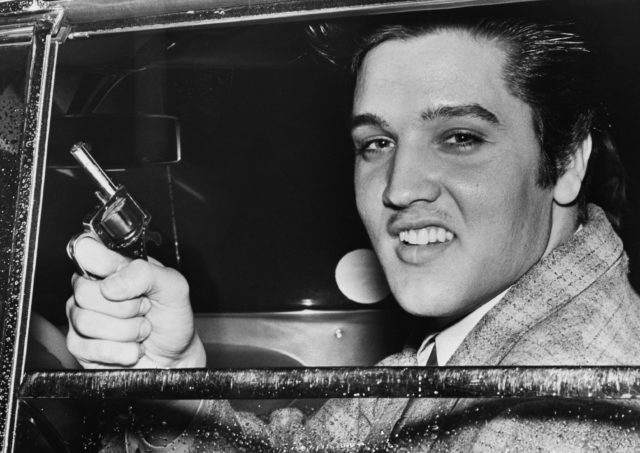 Before the two began conversing, Steve wasn’t sure what they should talk about. This was alright, because Elvis commandeered the interaction, asking Steve if he wanted to see his guns. By this point in his life, Elvis was a big gun collector. Theories suggest that his interest in guns stemmed from a death threat he received that made him want to protect himself. But he also just loved guns and often shot them at inanimate objects around his home.

When asked if he wanted to see the guns, Steve obviously said yes. A Steve described it, “He brought out a Derringer and he dropped the bullets in his hand before he gave me the gun so I could examine. It’s all pearl-handled and engraved. And then he pulls out another gun and drops the bullets. Eventually, I am holding three guns and Elvis was holding 18 bullets.” Elvis was very safety-conscious when it came to his guns and he clearly practiced that safety while showing them to Steve.

A compliment to Steve Martin 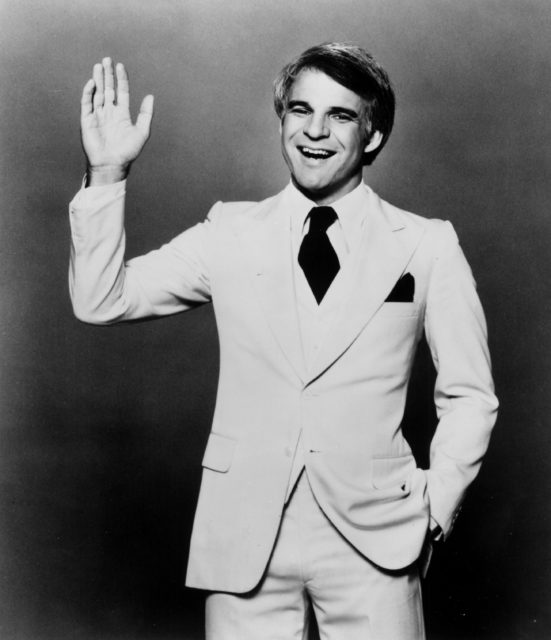 More from us: Inside Elvis Presley and Ann-Margret’s Year-Long Love Affair

After the two had been talking for a while, one member of Elvis’ posse approached him as it was his job to get the King out of long conversations with fans. He told him, “Elvis, we have to go,” but Elvis was enjoying his time speaking with Steve. He turned to the man and said, “It’s okay,” and the two continued to talk to one another.

Steve said the remark was a huge compliment to him and that he “felt kind of blessed.”