How Did Judy Garland Die? The Answer’s Not As Simple As It Seems

On June 22, 1969, the world lost their Dorothy. Judy Garland, Hollywood star and leading lady of 1939’s The Wizard of Oz, died from an accidental overdose at the age of 47. Her death was rooted in a complicated history of addiction to barbiturates, as well as anxiety, depression and extreme dieting. All of this went back to when she first became an actress and was MGM Studio’s “it” girl.

Judy Garland had been famous since childhood

On June 10, 1922, Judy Garland was born Frances Ethel Gumm to parents Frank and Ethel. It didn’t take long for her to make her first stage appearance at only two and a half years old, performing with her two older siblings, Virginia and Mary Jane, as The Gumm Sisters. In 1926, Garland and her family moved to California, where her career took off. 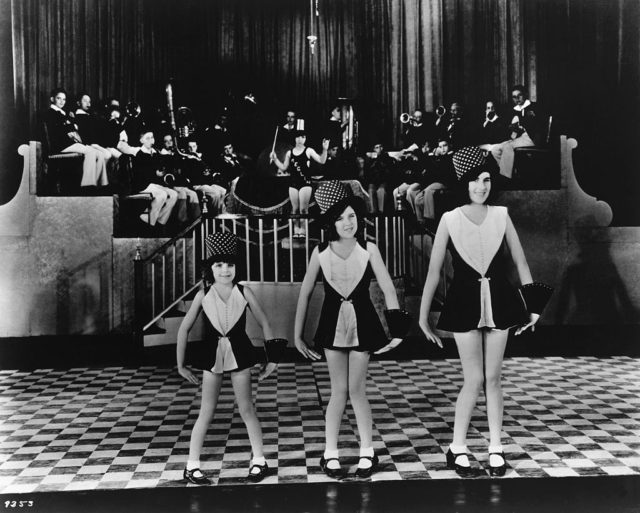 Garland had always wanted to perform, but her mother was the one who pushed to make it happen. Her daughter’s young age didn’t stop them from attending vaudeville shows, night clubs and the Chicago World’s Fair, where Garland performed in 1934. Ethel was so extreme with her management that she would push her daughter to perform through anything, including sickness.

In a 1967 interview with Barbara Walters, Garland recalled her experience with her mother, saying, “She would sort of stand in the wings when I was a little girl and if I didn’t feel good, if I was sick to my tummy, she’d say, ‘You get out and sing or I’ll wrap you around the bedpost and break you off short!’ So I’d go out and sing.”

This relationship between Garland and her mother was something that would continue throughout her childhood, and she would eventually speak out about their relationship when she was an adult. She even allegedly had a nickname for her mother that, really, speaks volumes about what she thought of her: “the real Wicked Witch of the West.” 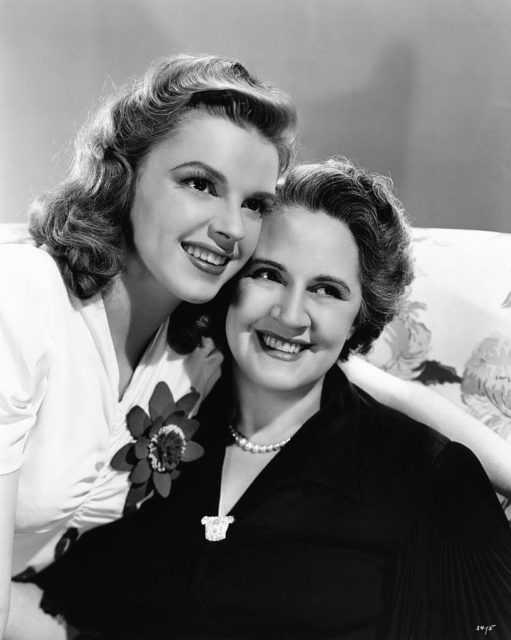 Judy Garland takes time out on the set of the upcoming Metro-Goldwyn-Mayer musical, Babes on Broadway, to pose for a portrait with her mother, Ethel Gumm.

Between her mother dragging her to perform shows throughout her childhood, and through pushing her to use, and later abuse, prescription medication, it was obvious that her mother was more concerned about Garland’s career than her health. This was something that Garland also echoed as an adult.

Judy Garland signed with MGM Studios in 1935, her first big break into the film industry. She was expected to keep up a grueling production schedule while under their employment. This included frequently appearing in more than one movie at a time and attending three hours of schooling early in the morning, followed by singing lessons.

One of the ways Garland was able to keep up with her demanding schedule was through the use of prescription medication. Horrifyingly, it was her own mother who first gave the star the drugs, when she was only 10 years old. They were often referred to as “pep pills,” and MGM encouraged their use. 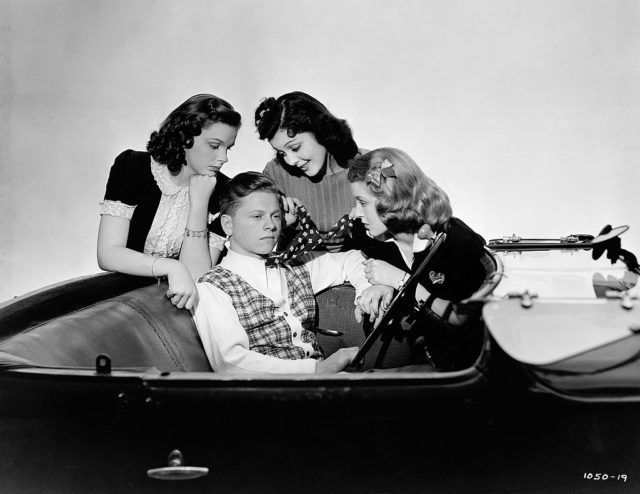 She once described the experience of taking the medication. “They’d give us pills to keep us on our feet long after we were exhausted,” she said. “Then they’d take us to the studio hospital and knock us out with sleeping pills [­…] Then after four hours they’d wake us up and give us the pep pills again so we could work 72 hours in a row.”

Starring as Dorothy in The Wizard of Oz

By the time Judy Garland was cast as Dorothy in the The Wizard of Oz, she’d already become addicted to pills. Not only was she still readily given the medication, she was also put on a restrictive diet for the film, as the producers wanted her character to look as young as possible. To make her appear more youthful, they fed her chicken soup, black coffee and large quantities of cigarettes. 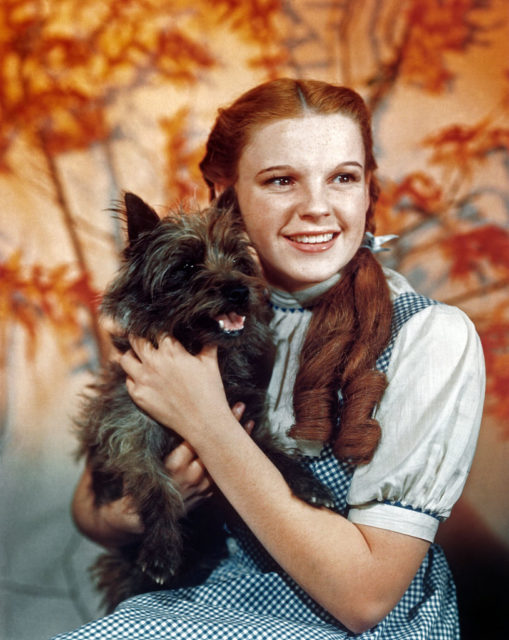 Garland also had diet pills and amphetamines added to the cocktail of medications she was taking. She became accustomed to those in the industry making comments about her body, recalling that one studio executive she worked with told her, “You look like a hunchback. We love you but you’re so fat you look like a monster.”

Although she never discussed it during her lifetime, Garland’s future husband, Sid Luft, revealed more of the abuse she experienced on the set of The Wizard of Oz. He shared how she was constantly abused by the actors playing the munchkins, as they would put their hands under her dress. He connects her experiences on set – and those throughout her career – with her addictions and personal struggles.

After her role in The Wizard of Oz, Judy Garland continued working for MGM. She acted in many films, but her most famous role was as Esther Smith in 1944’s Meet Me in St. Louis. It was during the production that she met Vincente Minnelli, whom she married in June 1945. Their daughter, Liza Minnelli, was born the following year, but the marriage didn’t last and they divorced in 1951.

Prior to Minnelli, Garland had been married to, and subsequently divorced, musician David Rose. Following her second marriage, she went on to have two other failed ones, before meeting her final love, Mickey Deans. 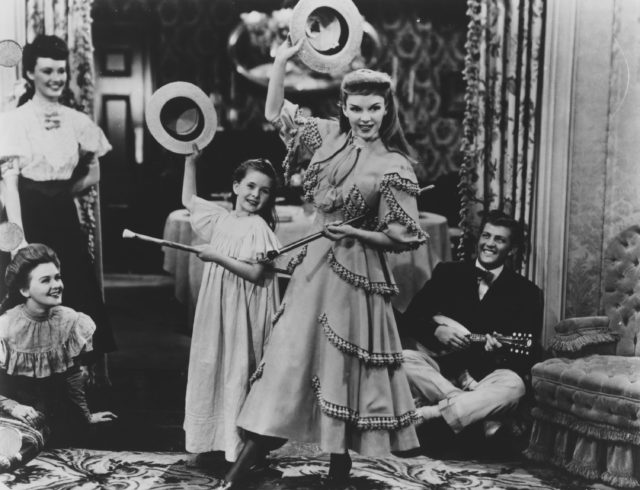 It was during her marriage to Minnelli that Garland’s mental health started getting worse. She made two attempts on her life, was committed to a private sanatorium, treated for depression with electroconvulsive therapy and taken off her medication during her stay at Peter Bent Brigham Hospital, in Boston. She was also fired by MGM in 1950, after working for the studio for 15 years.

After parting ways with MGM, Judy Garland had a string of career successes, including staring in the incredibly successful 1954 remake of A Star Is Born and being nominated for two Academy Awards. She also won the Grammy for Album of the Year for the recording of her 1961 performance, Judy at Carnegie Hall. 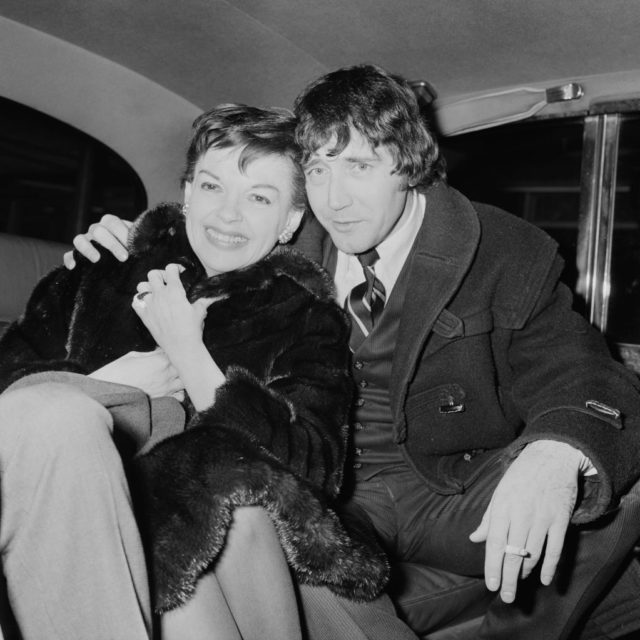 Despite her successes, Garland also faced a number of difficulties during this time. She owed thousands of dollars in back taxes to the IRS, leaving her with little money. She was, however, presented with what she viewed as an opportunity to pull herself out of her financial difficulties when CBS wanted her to perform on a regularly scheduled musical show.

Garland, struggling with her finances, agreed to be a part of The Judy Garland Show. She was featured in 26 episodes, which included her singing, dancing, and entertaining other celebrity guests. Just the list of celebrities in the audience while they taped the first episode was impressive, including Lucille Ball, Dick Van Dyke, and Clint Eastwood. 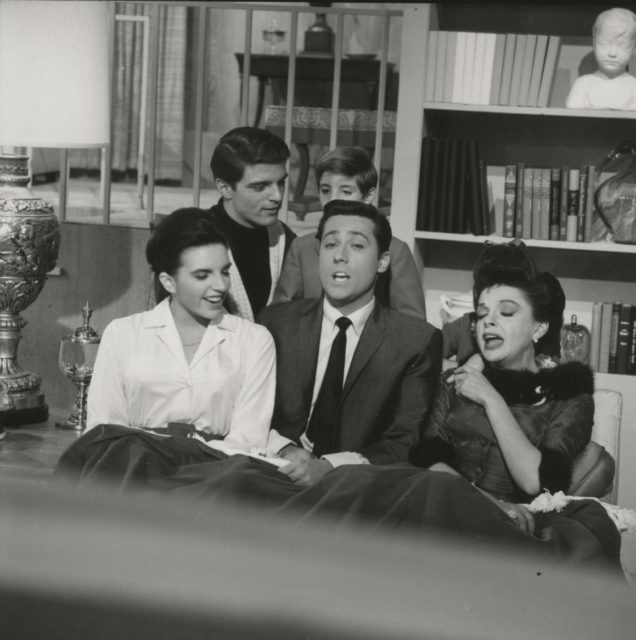 The show was extremely popular with both critics and Garland’s fans, however, its ratings were always poor. One of the reasons for this was that Garland’s co-star, Jerry Van Dyke, was not as popular with the fans. The show ended up being canceled after only a single season in 1963-1964, despite her fans’ best efforts to keep it on the air. In 2013, the show was even included on TV Guide’s list of 60 shows that were canceled too soon.

Despite her work on The Judy Garland Show, she still struggled with drug addiction, which became especially apparent when she began musical performances in London in 1969. Some nights, she would put on a fantastic show, while others saw her come on stage inebriated, only to be booed by the audience.

How did Judy Garland die?

After a dark career with many highs and lows, Judy Garland was found dead by Mickey Deans in their home in Belgravia, after he broke down the door to the room she was in. The autopsy revealed her cause of death to be accidental, the result of “barbiturate poisoning (quinabarbitone) incautious self-overdosage.” She also had cirrhosis of the liver, the result of her life-long struggles with alcohol.

It quickly became evident just how much of a toll Garland’s career had taken on her. 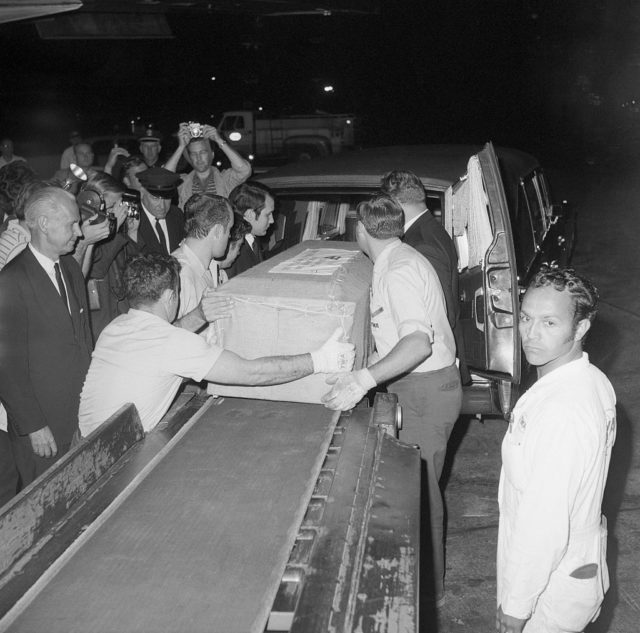 When asked about her mother’s death in 1972, Liza said, “She let her guard down. She didn’t die from an overdose. I think she just got tired. She lived like a taut wire. I don’t think she ever looked for real happiness, because she always thought happiness would mean the end.” Her other daughter, Lorna Luft, echoed these sentiments during a 2017 interview with Studio10.

More from us: Vivien Leigh Hated Kissing Clark Gable in ‘Gone with the Wind’

“I do think my mother was a victim of the studio system, but it also gave her the ability to channel her talent to all of us,” she said. “It was a real double-edged sword.”

« The Ken and Barbie Killers: How The Perfect Couple Became Canada’s Worst Nightmare
Buford Pusser Was a Good Cop Who Was Hell-Bent on Getting Revenge »