Buford Pusser was a big guy with a strong desire for justice. He lived a short but incredible life and became a man of legend while still alive. His death only amplified his legacy. Pusser’s efforts to rid the streets of crime caused one of the greatest tragedies in his life and led him to seek revenge on those responsible. 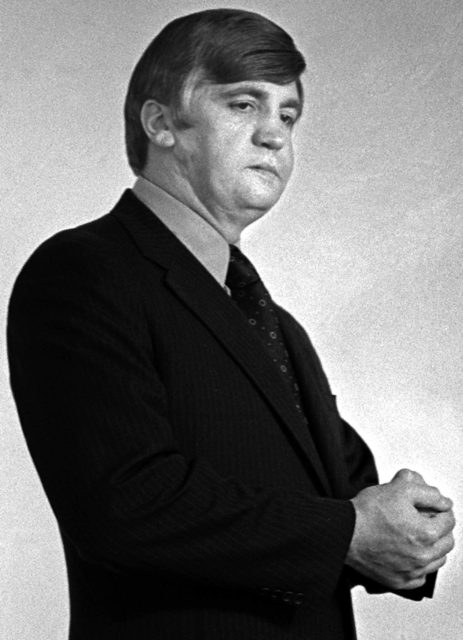 Sheriff Buford Pusser of Tennessee, whose life was made into a movie about his fight against organized crime in his small town. He was killed in a suspicious car crash just after this photo was taken in Miami where he was on a tour to promote the movie. (Photo Credit: Tim Chapman / Getty Images)

Pusser was always athletic, and his six-foot-six tall stature allowed him to excel physically in sports and other activities. He knew he wanted to serve in one way or another, and after high school, Pusser tried to enter the Marine Corps. If it weren’t for his asthma, he would have made an excellent Marine Corps officer, but his affliction caused him to be medically discharged. Pusser abandoned the idea of service work, but only temporarily.

Following his medical discharge, Pusser moved to Chicago, where he became a wrestler. His physical stature earned him the nickname “Buford the Bull” and he soon became a local celebrity. While in Chicago, he met and married his wife, Pauline. The two stayed there for three more years before they made the decision to return to Pusser’s hometown of Adamsville, Tennessee.

He became the youngest sheriff in Tennessee 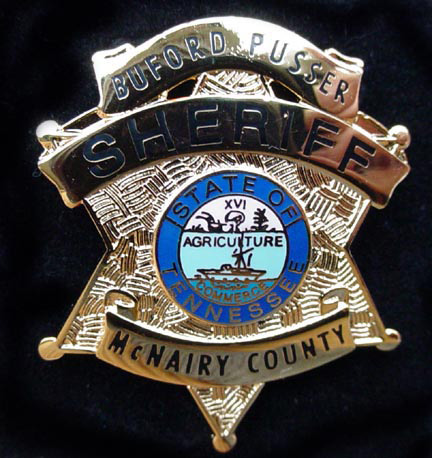 Pusser’s father was once the chief of Adamsville’s police department, and upon returning to his hometown, Pusser became employed at that same department. He was elected police chief and constable at the young age of 25. In 1964, while Pusser was working here, the sheriff of McNairy County died in a freak car accident and Pusser was elected to be the new sheriff at just 27 years old. This made Pusser the youngest sheriff in Tennessee history.

While sheriff, Pusser made it his mission to clear the streets of criminal activity and set his sights on two of the most dangerous groups in town – the Dixie Mafia and State Line mob. These two groups worked across the Tennessee and Mississippi state line, and they made thousands of dollars through the illegal sale of moonshine. When he became sheriff, Pusser was determined to put a stop to their illegal activity.

Pusser was quite successful in doing so. He helped clean up the streets and made a number of enemies in the process. On numerous occasions, Pusser survived assassination attempts. By 1967, Pusser had been shot three times but had also killed several hitmen who were employed to take him out. In McNairy County, he was a local hero. 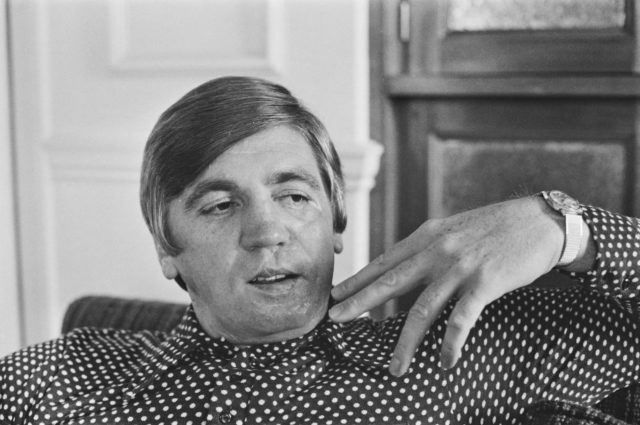 On the early morning of August 12, 1967, Pusser received a call about a disturbance on the outskirts of town. Pauline asked if she could join him, and the two got in their car and set off to investigate the disturbance. As they were driving, another vehicle pulled up beside theirs and fired gunshots into Pusser’s car.

The left side of Pusser’s jaw was hit by two rounds, and his wife was killed instantly. The perpetrators left the crime scene and Pusser was left for dead. When he was brought to the hospital, it took 18 days and multiple surgeries in order for him to recover. The wounds on his jaw left a scar on his face that would remind him of the fatal night for the rest of his life. 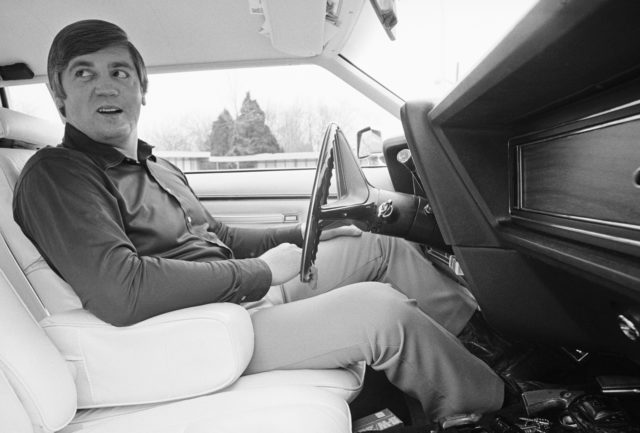 His face marked by the scars where two 30 caliber carbine slugs blasted his jaw, former McNairy County Sheriff Buford Pusser drives to a section along a lonely blacktop road where he and his wife Pauline were ambushed in 1967. (Photo Credit: Bettmann / Getty Images)

Many believe that Pauline’s death was the result of an assassination hit intended to take out Pusser. Pusser felt a great deal of guilt over his wife’s death and vowed he would seek revenge on everyone involved in her murder. No one was ever charged for Pauline’s death, but shortly after the shooting, he named the four assassins responsible for the hit – Carl Douglas “Townhead” White, George McCann, Gary McDaniel, and head of the Dixie Mafia, Kirksey McCord Nix Jr.

Pusser named Nix the ringleader of the assassination attempt. The year before the ambush, Pusser was investigating a robbery when he was shot by a woman named Louise Hathcock. Pusser returned fire and killed Hathcock. She was the common-law wife of none other than Kirksey Nix.

Over the course of a couple years, all of the suspects but Nix were “brought to justice” in the way that Pusser saw satisfactory, through death. White was shot dead outside of a motel in Mississippi in 1969. McCann and McDaniel were gunned down in Texas in 1970. Many believe that it was Pusser who was responsible for the deaths of these three men, but no evidence was ever found to convict him.

Nix evaded Pusser’s wrath simply by getting caught. In 1972, he was put in prison for the murder of Frank J. Corso, a grocery executive from New Orleans. Had he not been incarcerated, it is very possible that he too would have met the same fate as the other three involved in the murder of Pauline Pusser. Nix denied being involved in the drive-by ambush on Buford and Pauline Pusser.

Buford Pusser’s death is a mystery 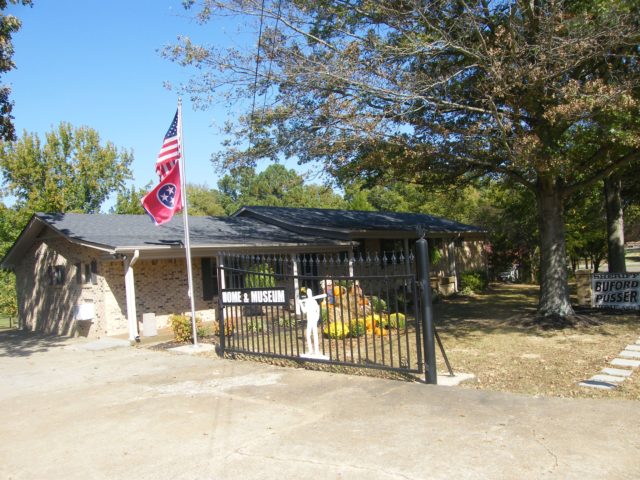 In 1970, Pusser’s term as sheriff had come to an end, and he returned to his constable job for two more years. In 1972, Pusser ran once again for sheriff but was defeated due to controversy surrounding a biographical action film about his life, Walking Tall. He never served again.

In 1974, while driving at high speed on his way home from a county fair, Pusser’s car hit an embankment and crashed. The car immediately burst into flames and Pusser was ejected and thrown through the front windshield. He suffered severe burns and other injuries and ultimately died from the accident. He was only 36 years old.

Although the official verdict on his death was that it was accidental, both Pusser’s mother and daughter believed he was murdered that night. However, these claims were never investigated and his body was never autopsied. Interestingly, Nix was able to delegate a number of hits while he was in prison, adding to the mystery of whether Pusser’s death was planned or not.

Pusser’s legacy lives on through the Walking Tall film, its sequels, remakes, and television show. There’s also a Buford Pusser memorial and museum in the house he grew up in in McNairy County.

« How Did Judy Garland Die? The Answer’s Not As Simple As It Seems
The Unsettling Truth About the Skeletons in That Terrifying ‘Poltergeist’ Scene »