The Unsettling Truth About the Skeletons in That Terrifying ‘Poltergeist’ Scene

Poltergeist is one of those films many of us re-watch every Halloween. It’s become a beloved classic for folks who enjoy the thrill of a good horror film. Directed by Tobe Hooper and based on a story by Steven Spielberg, Poltergeist was named “the 20th-scariest film ever made” by the Chicago Film Critics Association and ranks at number 84 on the American Film Institute‘s “100 Years…100 Thrills,” a list of America’s most exciting movies.

One of the most notable features of Poltergeist is its award-winning special effects, which relied on makeup, camera stunts and props. Behind the scenes, however, there was something going on in the prop department that was scarier than most people could ever guess.

Remember the dramatic scene toward the end of the movie, when JoBeth Williams’ character, Diane Freeling, falls into the muddy swimming pool? It turns out those skeletons that start popping up around her were completely, 100 percent, real human remains. 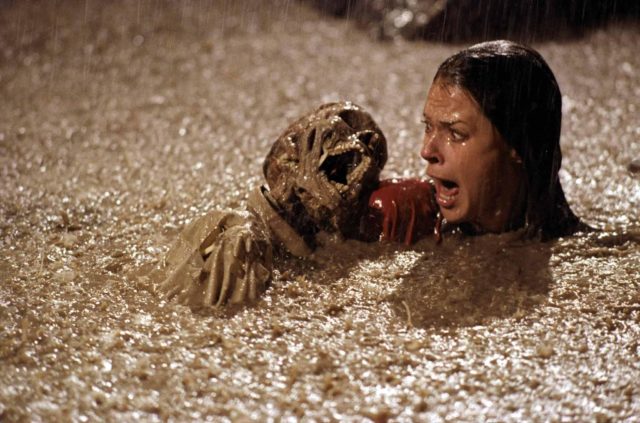 This terrifying trivia was even verified by the film’s special effects makeup artist, Craig Reardon, who revealed the details while under oath during a deposition. Reardon was deposed as part of a 1982 lawsuit two screenwriters filed against Spielberg for allegedly taking portions of their work and using it in the film.

The suit was settled out of court, but during his deposition, Reardon made the shocking admission. “I acquired a number of actual biological surgical skeletons,” he said. “These are actual skeletons from people. I think the bones are acquired from India.” He added that “we dressed them so that they looked not like bleached, clean, bolted together skeletons but instead, disintegrating cadavers.”

He added that a total of 13 sets of remains were purchased for the movie. Although realistic replicas are readily available today, back when the movie was made, it was cheaper to buy real skeletons.

As for JoBeth Williams’ reaction to filming with the remains of actual dead people, she wasn’t made aware of the fact until the scene was done. She opened up about the experience for the 2008 television special, TV Land: Myths & Legends.

“You have to understand that this sequence took probably four or five days to shoot. So I was in mud and goop all day every day for like four or five days with skeletons all around me [as I was] screaming,” she revealed.

So creeped out, in fact, that for the filming of 1986’s Poltergeist II: The Other Side, co-star Will Sampson, a member of the Muscogee (Creek) Nation, performed an “exorcism” on the set. Despite this exorcism, the production is rumored to have been cursed, due to the use of real human remains. Four cast members died during or shortly after the series was filmed, two of them unexpectedly. 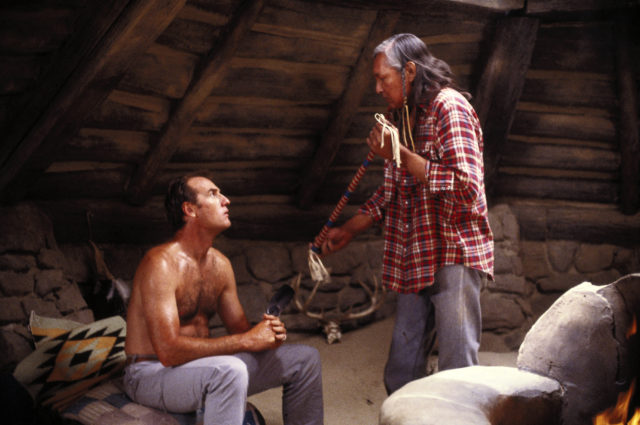 Craig T. Nelson and Will Sampson as Steven “Steve” Freeling and Taylor in Poltergeist II: The Other Side, 1986. (Photo Credit: petbar22 / Metro-Goldwyn-Mayer / MovieStillsDB)

More from us: The Fact These 6 Horror Films Are Based On Real Events Make Them Even Scarier

Dominique Dunne, who played older daughter Dana, was killed by her ex-boyfriend. Heather O’Rourke, who played Carol Anne, passed away suddenly at the age of 12 of an undetected congenital intestinal abnormality. Two more cast members in Poltergeist II died shortly after the movie’s release.