The Ken and Barbie Killers: How The Perfect Couple Became Canada’s Worst Nightmare

They were both young, blonde, and in love – a seemingly normal, perfect couple. But what the Ken and Barbie killers, Paul Bernardo and Karla Homolka, did in secret in the suburbs of Toronto, Canada would elicit fear and panic in young women everywhere. 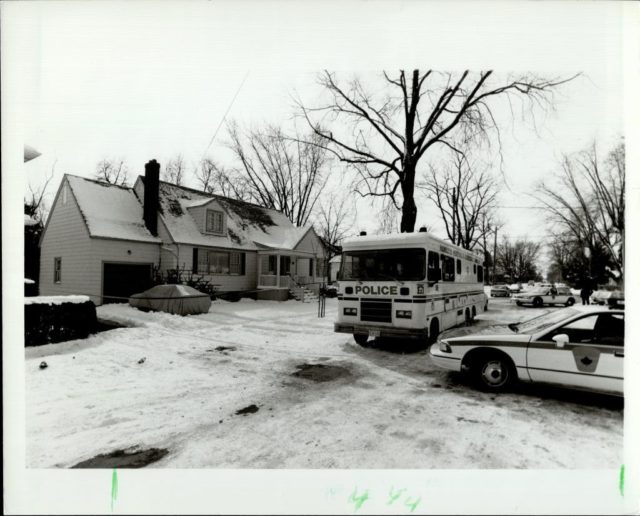 Known as the “Ken and Barbie Killers,” Bernardo and Homolka raped, tortured, and killed at least three young women. Bernardo was a cunning and manipulative businessman who used his sales tactics to entice female victims, and his crimes only got worse when 17-year-old Karla entered the picture. Homolka shared the same sick fantasies that Bernardo experienced, even encouraging his attacks on women throughout the Toronto neighborhood of Scarborough.

The boy next door

Paul Bernardo was born in Scarborough, Ontario, Canada in 1964 to Kenneth and Marilyn Bernardo. In his book Lethal Marriage, Nick Pron described Bernardo as a child: “He was always happy. A young boy who smiled a lot… He was the perfect child they all wanted; polite, well mannered, doing well in school, so sweet in his Boy Scout uniform.” 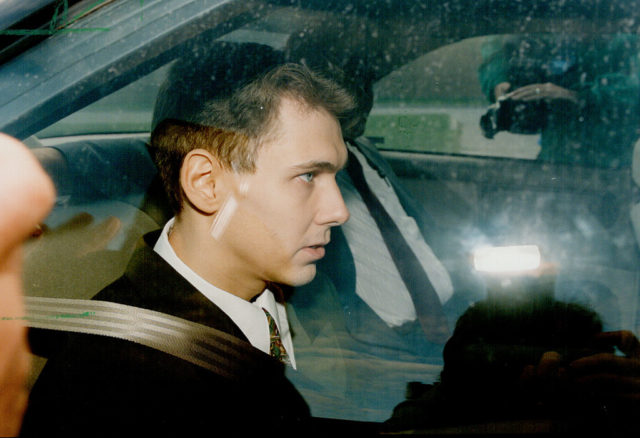 Even as a young boy, Paul Bernardo’s “normal life” was not what it seemed. When his father was charged with child molestation, rumors circulated that he had attacked Paul’s younger sister. When Paul turned 16, his mother revealed to him that he was conceived illegitimately through an affair. This series of unfortunate events led to the first signs that something darker was brewing beneath the surface.

Bernardo attended the  University of Toronto Scarborough and began working at Amway after completing his degree. The intense sales culture of his workplace affected his personality; he would often read memoirs of successful billionaires or books about get-rich-quick schemes. After work, Bernardo and his friends would try to perfect their pick-up lines in bars. 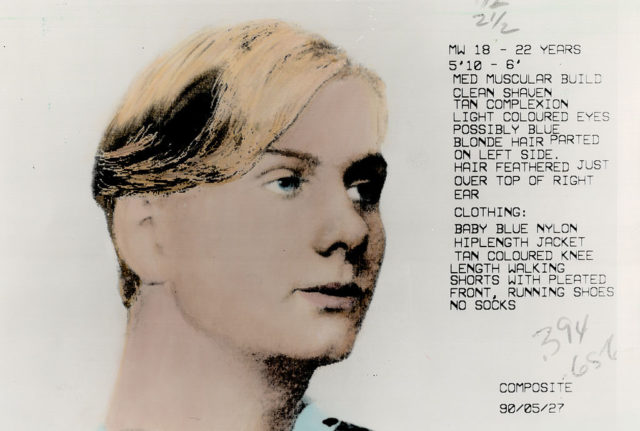 A composite sketch of the “boy-next-door-type” suspect in eight rapes committed in Scarborough over the past three years, which turned out to be Paul Bernardo. (Photo Credit: Toronto Star Archives / Toronto Star via Getty Images)

By 1987, the dark fantasies that consumed Bernardo became a reality. In May of that year, the once-peaceful neighborhood of Scarborough became the scene of a string of horrible crimes as Bernardo began attacking and assaulting young women. Police soon realized the same perpetrator was behind the attacks, dubbing him the “Scarborough rapist.”

Karla Homolka was born in 1970 in Mississauga, not far from Bernardo’s hometown of Scarborough. Homolka worked at a vet clinic and had a passion for animals, which ultimately led the 17-year-old to meet Bernardo, who was six years her senior, at a pet convention in 1987. The couple clicked immediately, and Homolka shared in Bernardo’s sexual fantasies and sadomasochism. 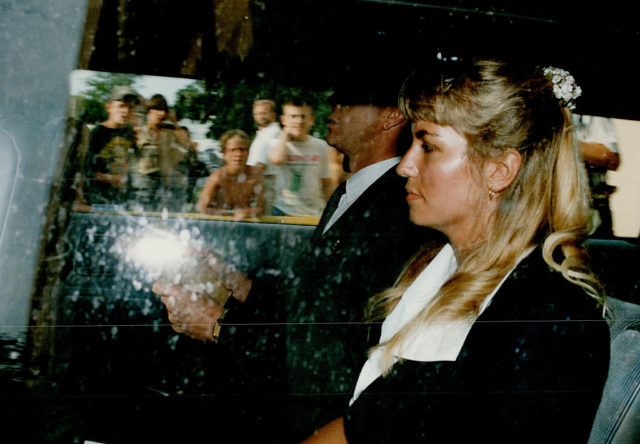 Karla’s new boyfriend asked her if she would allow him to continue assaulting other women, and she agreed. Bernardo continued to terrorize the young women of Scarborough, assaulting or attempting to assault at least 19 women in just five years. Soon, Bernardo’s desires grew even darker.

The Ken and Barbie Killers

When the couple became engaged, Bernardo confessed to Homolka that after three years together he was getting bored – and turned his attention toward Karla’s 15-year-old sister Tammy. With Christmas around the corner, Karla thought of a perfect “gift” to give her fiance. She not only encouraged Paul to go after her sister, she even told him she wanted to give him her sister’s virginity as a present. 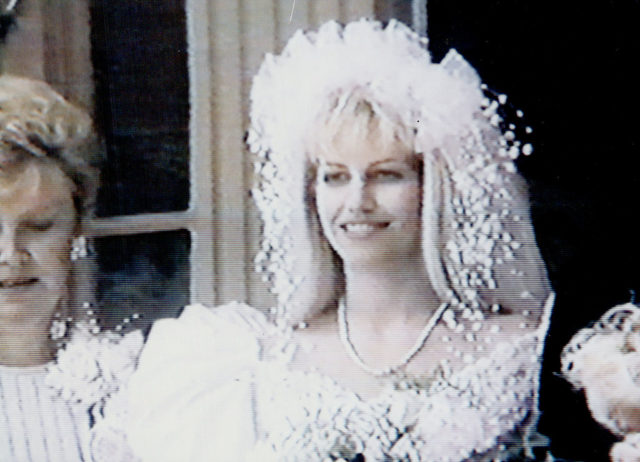 On December 23, 1990 while at the Homolka family Christmas party, Karla laced her sister’s drink with animal anesthetics she had stolen from work. Once everyone was asleep and Tammy was unconscious, “Ken and Barbie” took turns assaulting the 15-year-old while videotaping the entire attack. Tammy later choked on her own vomit and died – the first victim of Bernardo and Homolka.

Tammy’s death was ruled an accident due to alcohol poisoning, and no toxicology report was done to detect the high levels of the anesthetic in her bloodstream.

Karla believed that the murder of her sister would help to quell her fiance’s twisted appetite, but instead, it only made it worse. In June of 1991, Homolka lured a young girl to her home and subsequently drugged and assaulted her – once again videotaping everything. Known as “Jane Doe,” the girl was invited back to Homolka’s residence and attacked a second time. The girl choked on her own vomit but was resuscitated by Homolka and Bernardo. Jane Doe survived with no memory of the attacks, and Bernardo got off without any questioning by police. 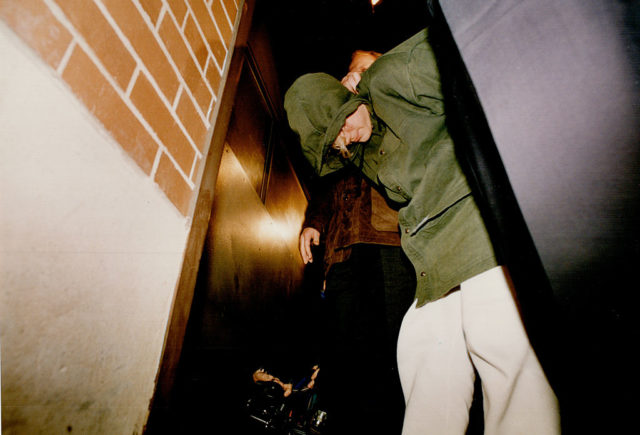 On June 29, 1991, Karla Homolka and Paul Bernardo celebrated their wedding day while at the exact same time, a horrified father and son on a canoe trip discovered the dismembered remains of 14-year-old Leslie Mahaffy in Gibson Lake. Mahaffy had been tortured and assaulted just like the previous victims and her body parts were encased in concrete.

One year later, the newlyweds struck again. They spent a weekend torturing 15-year-old Kristen French before strangling her with a noose that was secured to a hope chest. The killers then left her body along a roadway, her hair partially shaved off. It wasn’t until French’s murder that police realized the attacks were connected. A composite sketch of Bernardo was drawn up, while family and friends told investigators of Bernardo’s violent temper.

Homolka’s deal with the devil

Paul Bernardo was arrested in 1993 when his DNA matched a sample from one of the Scarborough rapist victims. Worried that her own involvement would become known to the police, Homolka scrambled to get a lawyer and arrange a plea deal with prosecutors – an act that became known as “the deal with the devil.” 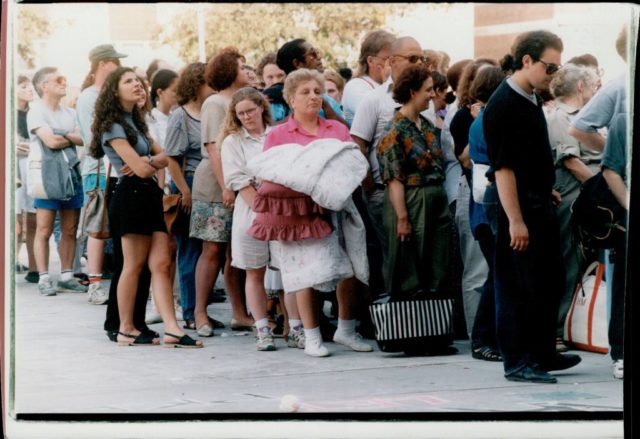 Testifying against her husband, Homolka claimed Bernardo was physically abusive toward her, and even told the court that he had admitted to raping at least 30 women while forcing her to be a part of the crimes. As part of her plea deal, Homolka was given a 12-year sentence for manslaughter just before new video evidence emerged showing her willing involvement in the crimes.

Ultimately, Homolka was unconditionally released from the notorious Kingston Penitentiary in 2005. Since then, she has remarried and currently lives in the Canadian province of Quebec with her three children under the name Leanne Bordelais.

Paul Bernardo remains in jail serving a life sentence for two murder convictions and a host of other charges. In 1995 he was labeled a dangerous offender, and in 2018 his application for parole after serving 25 years was denied after only 30 minutes of deliberation.

« Sophia Loren Revealed She Had Fun Cheating on Set – But Drew the Line at Board Games
How Did Judy Garland Die? The Answer’s Not As Simple As It Seems »