Before he landed the starring role in the Rocky movie franchise, Sylvester Stallone had a difficult time making it in the film industry. Initially, he started out working on many small movies but that didn’t make ends meet. It was during the 1970s that he started working on the script for Rocky, but not before things got so bad that he had to make a devastating decision about his dog, Butkus.

In an Instagram post from 2017, Stallone talked about this difficult period while he was trying to establish an acting career. He showed a picture of him with Butkus as a puppy sitting on his lap when they “were both , thin , hungry and living in a flophouse above a subway stop [sic].” 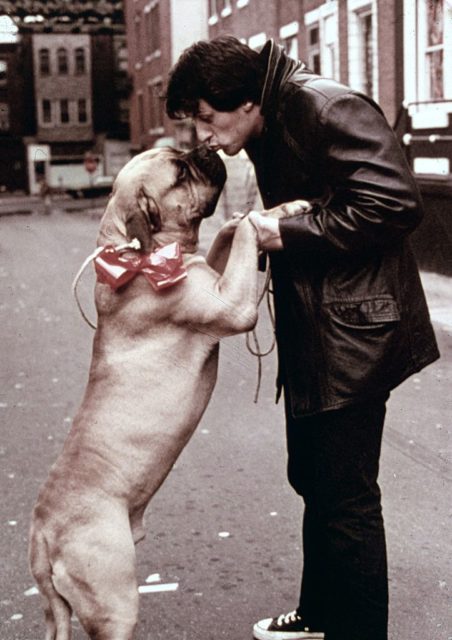 Although he began to learn the art of writing screenplays, things didn’t get better for Stallone and his best friend. He and his first wife, Sasha Czack, were preparing to have a child and were struggling financially. Eventually, things hit an all-time low when he was no longer able to afford food for his family. In an act of desperation, Stallone made the decision to sell Butkus outside a 7-Eleven store for only $40, just to make ends meet.

By the mid-1970s, Stallone’s luck had turned around and he not only sold the script for Rocky, but convinced the studio to let him play the lead role in the movie. He calls this turn of fate “a modern day miracle.” United Artists eventually offered $1 million to make the movie, starring himself, more than enough money for him to get his dog back. 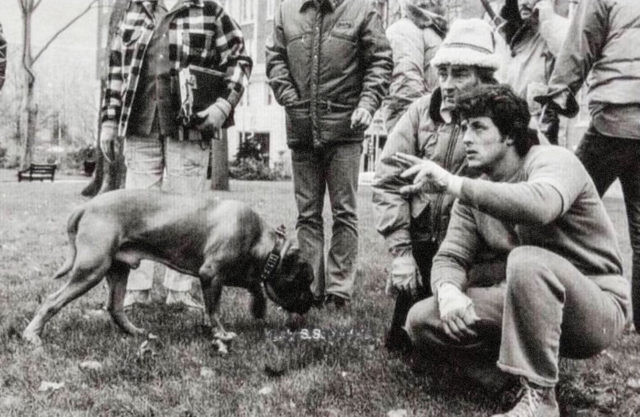 Stallone said in his Instagram post that once the script sold, he went to go and buy Butkus back from the person he sold him to. They charged him a whopping $15,000, which he happily paid to get his best friend back. Things continued to get better for the pair. Not only did Stallone become a star in the Rocky franchise, but Butkus did as well.

When filming for the first movie began, they knew that they needed a dog, as Rocky was written with one. However, they didn’t have the production budget for a trained animal. Stallone was asked by the directors if he had his own dog that he could bring along. Thankfully, since he’d sold the script, he did. 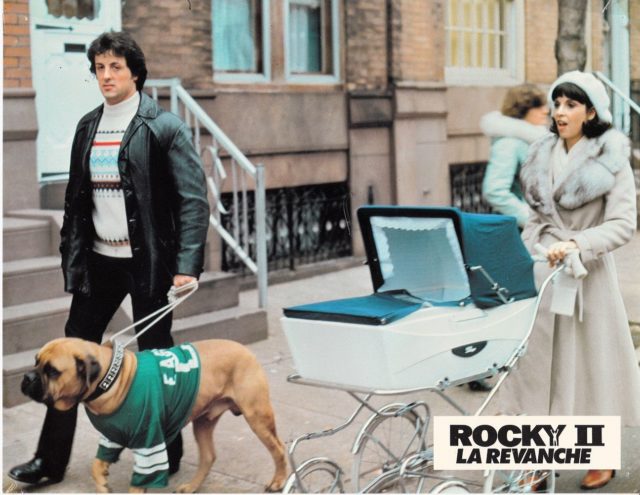 Stallone and Butkus were able to star alongside each other in the Rocky franchise, meaning the memorable dog in the green jersey was really his own beloved dog. Butkus died in 1981, so, sadly, he was only able to feature in the first two movies. The third came out just a year after his death. This answers the question frequently asked by fans about why there is no dog in the rest of the movies.

More from us: Sylvester Stallone Insists His Dog Was Not the Cause of His Divorce

Butkus clearly hasn’t been forgotten by his owner, and in 2022, Stallone had another tattoo covered with one of his beloved dog’s face. He is often mentioned on his owner’s social media pages, even over 40 years after his death.