Making modifications to one’s property can be a difficult process – dealing with designs, contractors, and city zoning commissions. The latter, arguably, can be the most challenging as there are often very specific requirements that property modifications must meet. This was what Colorado citizen Marvin Heemeyer was dealing with in 2004 when he decided to take revenge against the city of Granby after they refused to stop the construction of a concrete plant near his home and business.

Marvin Heemeyer was a resident of Granby, Colorado, where he owned a muffler repair shop. He purchased the land for his shop in 1992 from the Resolution Trust Corporation and later decided to sell it to a man who wanted to build a concrete plant. Although he was the one who brokered the difficult deal, when the city’s zoning board approved the construction in 2001, Heemeyer appealed it. 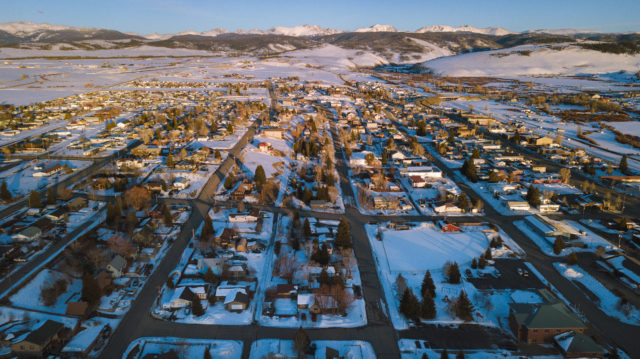 Heemeyer told the commission that the ongoing construction would block the entrance to his shop, although he was unsuccessful in his appeal. Not only did he leave without any changes being made to the city’s plan, but they also fined him $2,500 because his property didn’t have a septic tank. Throughout the coming years, he made multiple appeals to prevent construction. None of them were successful.

Around 2003, Marvin Heemeyer decided that enough was enough. The city clearly had no intention of rezoning the construction. He decided that in order to enact revenge against the city, he would use a bulldozer. He’d bought the Komatsu D355A bulldozer years earlier intending to make a different driveway to his shop. Instead, he turned it into something that would later be called the “killdozer.”

He modified the vehicle by creating a type of makeshift armor of concrete and steel that covered most of the outside. This was done so that the bulldozer would be immune to small arms fire and explosives. To ensure that Heemeyer could see while he was driving, he added external cameras covered with bulletproof glass. 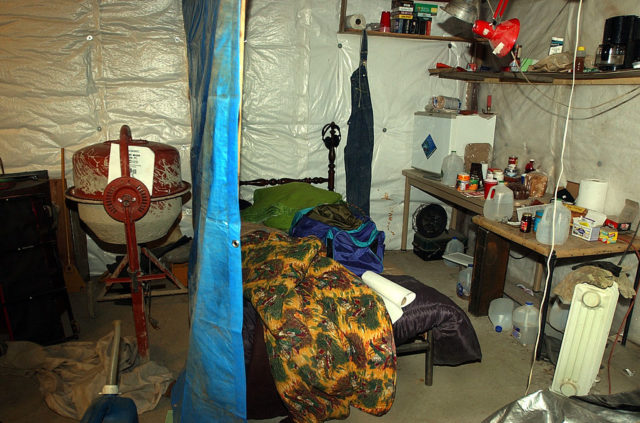 Where Marvin Heemeyer was living when he constructed the infamous “Killdozer.” (Photo Credit: Karl Gehring/ The Denver Post/ Getty Images)

The cameras were attached to monitors inside the bulldozer. Aside from adding armored defenses, Heemeyer also added ports that would allow him to use three different types of rifles to defend himself, as well as air conditioning on the inside of the cabin. According to Heemeyer, multiple people had come to his property and seen the vehicle under construction, yet no one stopped him.

On June 4, 2004, Heemeyer mobilized with his modified bulldozer. He made several targeted attacks against buildings and businesses in the city: his own business, the concrete plant, a local newspaper office, the town hall, a former mayor’s house, and a hardware store. Each of these locations had, in some way, been instrumental in his troubles with the city or in previous lawsuits. 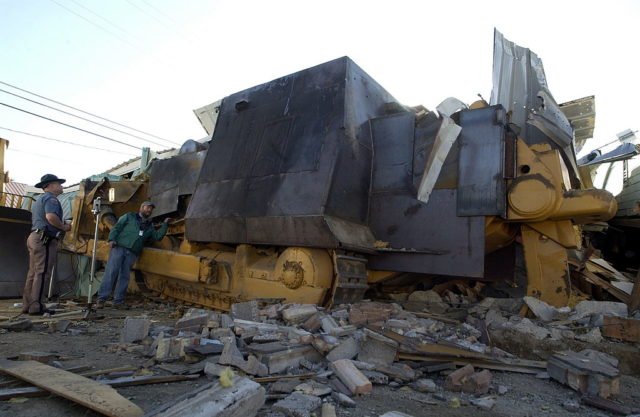 His rampage lasted two hours and seven minutes, and he inflicted damage to a total of 13 buildings. Throughout the attack, multiple attempts were made by law enforcement to stop him but they were mostly unsuccessful due to the sheer size of the tank and how well he had fortified it. Both local police and a SWAT team shot at it to no avail, and a flash-bang grenade was put in the exhaust pipe.

According to witnesses, the undersheriff Glenn Trainor even got on top of the machine and rode it “like a bronc-buster, trying to figure out a way to get a bullet inside the dragon.” Ultimately, things got so bad that the local police considered deploying the National Guard. It was never necessary, however, as Heemeyer himself brought the attack to an end after destroying the local hardware store.

An end to the rampage

He managed to get the bulldozer stuck, causing its engine to fail. By this point, the SWAT team was able to surround him, when they heard a gunshot from inside the cabin. According to officers involved, Heemeyer never had the intention to leave the “killdozer” once he got into it, and wanted to leave the world on his terms after exacting his revenge.

Due to how well he had fortified the vehicle, it took authorities a long time to get him out. They were finally able to do so around two in the morning on June 5, 2004. As for the bulldozer, the city scrapped it and spread the pieces over a number of different junk yards. They wanted to ensure that no one would be able to get their hands on it, in case there were people who admired what he had done and wanted to take a souvenir from the vehicle.

Although Heemeyer had modified the vehicle to allow for weapons, he never fired them at people. Instead, he used them to target propane tanks, causing them to explode. Also, Heemeyer never killed anyone. Some view this as intentional on his part, while others, such as law enforcement, believe that was more a matter of luck. He did, however, cost the city roughly seven million dollars in damages.

The aftermath of Marvin Heemeyer’s act of revenge

How Heemeyer has been received by the public varies greatly. Some believe that he is a kind of folk hero who stood up against a “corrupt government.” Many others have little sympathy for his plight, considering his willingness to destroy city property and how easily he could have harmed innocents. Regardless of how he is viewed by the public, he made sure that he left behind extensive records in an attempt to explain his actions. 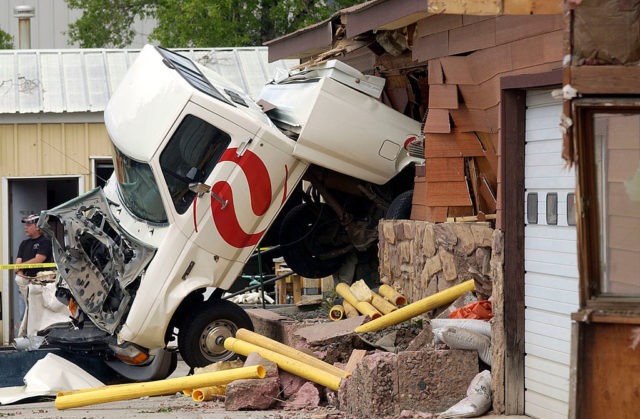 These included three double-sided tapes containing six recordings, which he mailed to his brother before his attack began. These stated that when Heemeyer died, he believed that the actions he undertook were for God, who had told him to do it. Other information also showed that he’d created a list of targets he wanted to attack, many of which he did.

Finally, he left behind a note that was found after his death, which read: “I was always willing to be reasonable until I had to be unreasonable. Sometimes reasonable men must do unreasonable things.”

The events of June 4 have been compiled in a film by director Paul Solet who created a documentary about Heemeyer and his dangerous creation. The film, called Tread, premiered at the South by Southwest Film Festival in 2019. It was later released in some theaters and on Netflix on February 28, 2020. The director said that the film is designed to question Heemeyer’s character by asking “Who would make that machine?”

More from us: Buford Pusser Was a Good Cop Who Was Hell-Bent on Getting Revenge

Solet uses the real tapes left behind by the Killdozer creator to show what his mentality was at the time of the events in Granby. The documentary also includes interviews that Solet conducted with lots of people, with many different views, from the surrounding community. According to Solet, they range “From the people whose livelihoods were destroyed by Heemeyer to those who loved Heemeyer the most and continue to support him.” It has been very well received by critics and the public.

« Werewolves: The Real History Behind The Frightening Legends of Lycanthropy
The Alternate Ending to ‘Splash’ That No One Has Heard Of »