Werewolves: The Real History Behind The Frightening Legends of Lycanthropy

The werewolf is one of many urban legends that haunt our worst nightmares and captivate our imaginations. Stories of a half-man, half-wolf who undergoes a powerful and unstoppable transformation each full moon are everywhere from popular fantasy novels to horror movies and fairy tales – but where did the hairy legend of the werewolf come from?

Werewolf legends have been around for nearly 4,000 years

It is unknown where and how the werewolf legend originated, but several ancient civilizations have their own iterations of wolf-like creatures that lurk in the night. Some scholars believe the earliest werewolf story comes from the Epic of Gilgamesh, the first known recorded myth in human history dating back to around 2100 BCE. In the story, the Mesopotamian hero Gilgamesh cast aside a potential lover because she had turned her previous mate into a wolf. 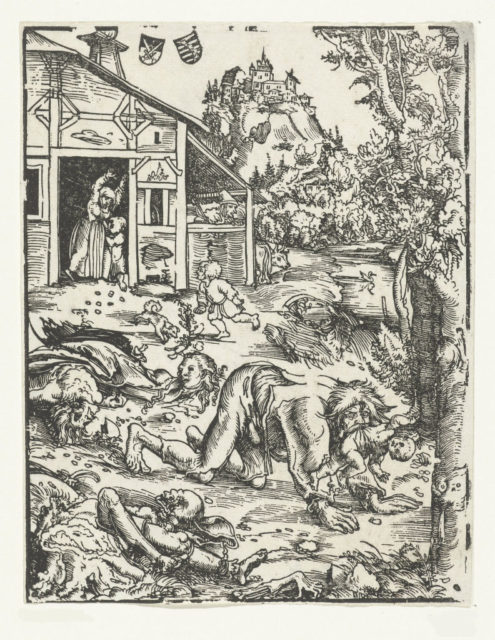 The ancient Greeks also had their own werewolf story, the Legend of Lycaon. The legend claims that Lycaon, the son of Pelasgus, angered the great god Zeus when he served him a meal made from the remains of a sacrificed child. As punishment, Zeus turned Lycaon and his two sons into wolves.

Werewolves are also present in Nordic folklore in a story likely told by the Vikings on many cold nights around the fire. The Saga of the Volsungs tells the story of a father and son who stumbled upon wolf pelts that gave them the power to turn people into wolves for ten days. The father and son transformed into wolves and went on a killing rampage through the forest, but the father took it one step too far and fatally attacked his son. Luckily, the son survived thanks to a raven who provided them with a leaf with healing powers.

Historical evidence suggests that the belief in werewolves was alive and well as early as the Middle Ages. But wolves weren’t the only transforming creatures of the time – many also believed people could be turned into cats, snakes, and other animals using magic.

The Medieval poet Marie de France describes a werewolf tale that closely resembles the modern werewolves we know and love today. The poem Bisclavret, written circa 1200, follows a nobleman of the same name who transforms into a wolf every week. When his wife stole the clothing he needed to restore his human form, he escaped a wolf hunt and even revealed his secret to the king, who made him a companion. 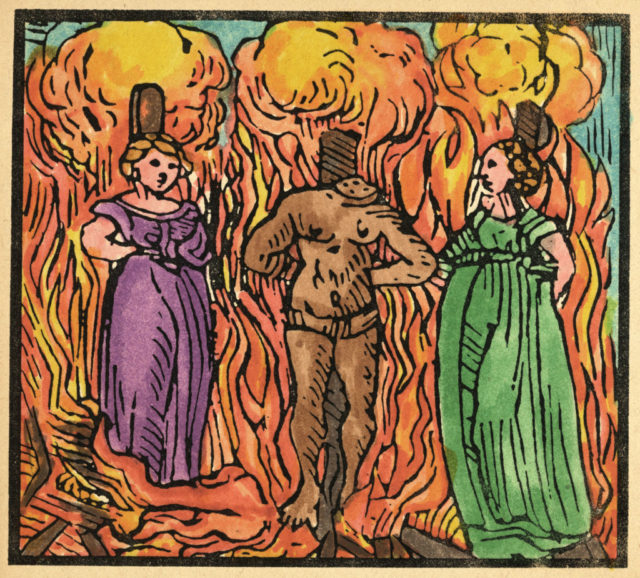 Bisclavret, still a wolf, sat quietly and calmly by the king’s side at court until his wife and her new husband appeared one day. He became so angry he attacked the couple, while onlookers declared the attack was warranted. Marie de France also hinted that several areas in medieval France believed in werewolves through the use of the Franco-Norman word garwulf.

Similar tales of removing clothing and the temptation of consuming human flesh were written by Pliny the Elder and Gervase of Tilbury. Soon, werewolves were mixed up in other legends and beliefs across Europe – they even played a role in the German witch panic. Just as many innocent people were convicted of being werewolves as there were witches, the charge otherwise known as lycanthropy meant many were sentenced to death.

Over the years, several infamous werewolf stories have been debunked – and often, people who posed as werewolves were up to something much more sinister. 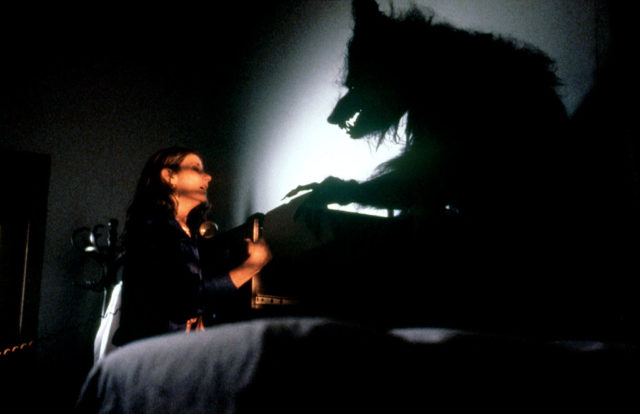 In 1521, two French men, Pierre Burgot and Michel Verdun, claimed they swore allegiance to the devil and used a special ointment that could turn them into werewolves. Burgot and Verdun murdered several children and used the werewolf story as a cover-up.  They confessed to their crimes but the townsfolk were convinced they were indeed werewolves. The men were burned at the stake, which was one of the only ways it was believed you could kill a werewolf.

Giles Garnier, another French man who claimed to use a werewolf ointment, also went on a killing spree around the same time as Burgot and Verdun. Legend has it that Garnier transformed into a wolf and then killed and ate his victims. He was also burned at the stake.

No one knows why Burgot, Verdun, or Garnier commit these heinous crimes – it could be due to mental illness, some sort of hallucinogenic “ointment,” or they simply wanted to kill. Either way, superstitious Europeans believed they were real werewolves.

Today, popular culture celebrates a specific version of the werewolf. Seen in books and films like Harry Potter, Twilight, and even children’s tales like Little Red Riding Hood, the werewolf is usually depicted in a certain way.

Typically, werewolves transform out of their human form and into bipedal, hairy, howling half-man half-wolf giants whenever a full moon is out. They typically struggle to maintain their composure and keep their need for human flesh at bay. Many stories also note that werewolves can be hot-headed and a transformation can occur when they lose their cool. The transformation can be permanent or temporary. 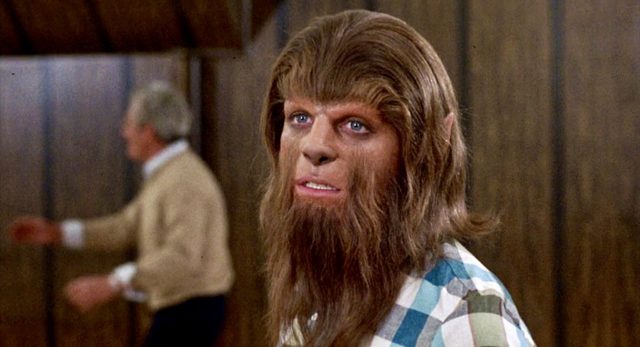 According to folklorist Carol Rose, it was traditionally believed that taking part in one of these taboos could make you a werewolf: “being cursed, or by being conceived under a new moon, or by having eaten certain herbs, or by sleeping under the full moon on Friday, or by drinking water that has been touched by a wolf.”

More modern depictions usually show a victim being scratched or bitten by a werewolf as a way to transmit the werewolf disease. Other werewolves are simply born with the ability, which some see as a curse.

Legends of werewolves today also say that in order to kill a werewolf, you have to shoot it with a silver bullet or remove its heart – unlike the burning-at-the-stake method used in early Europe.

The obvious answer is no, but some events relating to the werewolf legend have left many wondering if the entire phenomenon has a medical explanation. In 1n 1725, a boy was found naked walking on all fours through a German forest. Given the name Peter the Wild Boy, many believed he was raised by wolves due to the fact that he couldn’t speak and performed other tasks strangely, like eating with his hands. 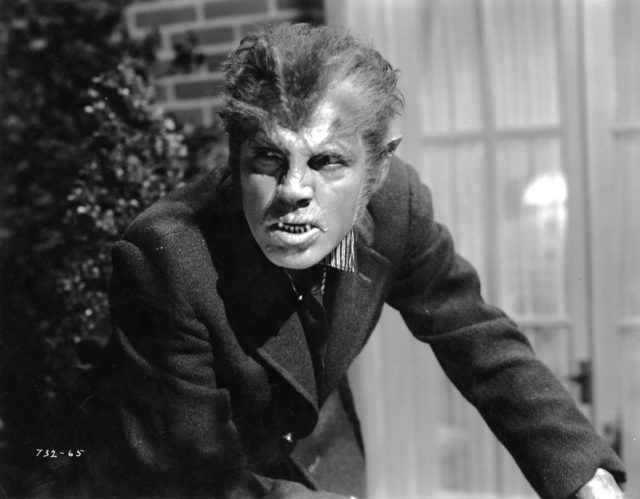 Peter was “adopted” by the courts of King George I and King George II, though he was sadly treated more like a pet than an actual child. Modern research has suggested that Peter probably wasn’t raised by wolves but instead had Pitt-Hopkins syndrome. The condition wasn’t discovered until 1978 and causes non-verbalism, seizures, distinct facial features, intellectual issues, and difficulty breathing.

More from us: Female ‘Vampire’ Discovered Pinned to the Ground With Sickle in Polish Graveyard

Another condition known as clinical lycanthropy could be behind some of the earlier attacks in France. Lycanthropy is a mental disorder in which the patient believes they are a wolf or other non-human animal.