While we may think of fast food as a recent creation, the need for easily prepared, cheap, and on-the-go food has driven innovative restaurants for centuries. In Ancient Rome, food vendors selling pre-cooked stews, bread, and vegetables were popular with urban populations who didn’t have access to kitchens in their own homes. Even a text from the Han Dynasty dating from the 2nd century tells about noodle stands that stayed open all night!

Today, consumers have nearly unlimited options to choose from when it comes to fast food. From burgers and fries to Chinese, pizza, and ice cream, the stories behind these eight famous fast-food chains and where they began are bound to be a treat! 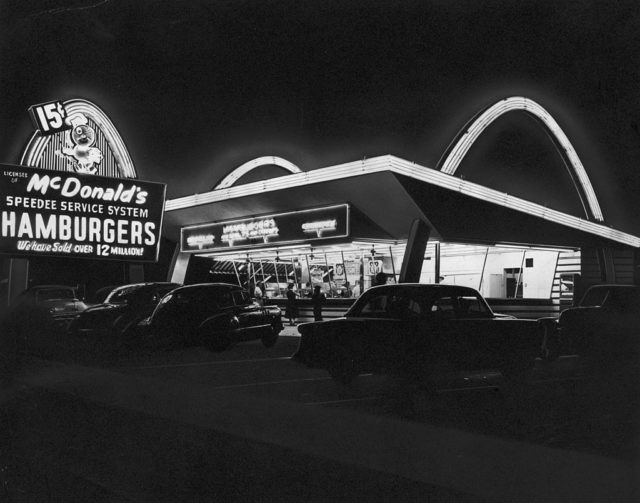 Brothers Dick and Mac McDonald opened their first McDonald’s location in San Bernardino, California. The brothers operated a successful drive-in restaurant but by 1948 they took a risk and streamlined their operations. Designing the Speedee Service System, the restaurant offered a limited menu that included burgers, shakes, and fries at an affordable price. The Speedee system allowed items to be made to order quickly, and by standardizing what went on each product with specialized kitchen tools they kept costs low and efficiency at an all-time high.

The brothers opened another ten restaurants as franchises – the rest is history! Today, McDonald’s is one of the most prolific fast food chains in the world with approximately 38,000 locations across the globe. 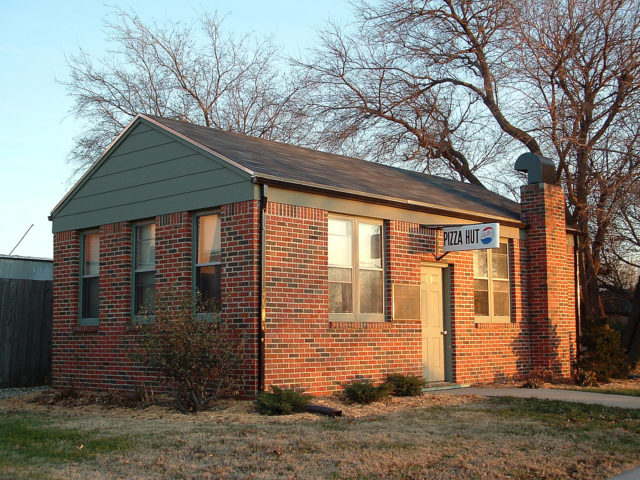 In 1958, two brothers and Wichita State University students borrowed $600 from their mom to open a pizza place near their school campus. With room for only eight letters on the sign, they chose to name it Pizza Hut. Soon the restaurant gained a huge customer base who always came back for the good pizza and the friendly service.

Pizza Hut is now owned by Yum! Brands, a company that has acquired other fast food giants like Kentucky Fried Chicken and Taco Bell. With 18,000 locations in over 100 countries, customers can still find a good slice of ‘za wherever they go!

Jack in the Box

Founded in 1951 in San Diego, California, the original Jack in the Box locations were eccentric and (for those who are scared of clowns) slightly terrifying. The restaurant’s founder, Robert Oscar Peterson, gave his existing restaurants a circus theme in the late 1940s, and in 1947 he obtained the rights to use an intercom system for drive-thru orders – a rare and revolutionary invention at the time.

Today the fast food chain has over 2,000 locations across the United States, serving up an interesting menu of burgers, fries, tacos, and egg rolls.

Before America was running on Dunkin’ the coffee chain was originally called Open Kettle, first opened in 1948 in Quincy, Massachusetts. Founder William Rosenberg changed the name to Dunkin’ Donuts in 1950 with the goal of providing customers with the best coffee and donuts “quickly and courteously.” By 1955 Rosenberg opened his first franchise, and another ten years later the company had 100 stores. 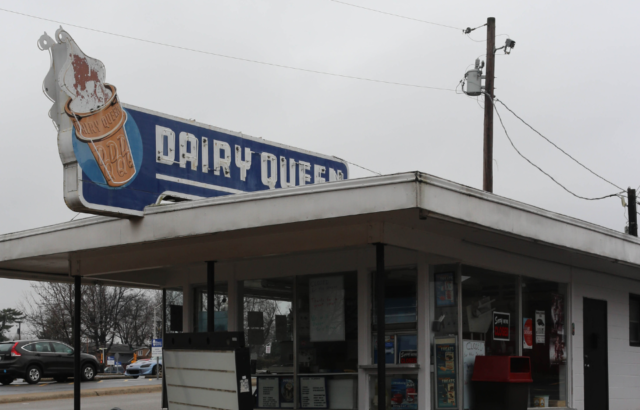 Dairy Queen skyrocketed to success in 1938 when a father and son experimented with a new way to make soft-serve ice cream in Green River, Illinois. They contacted their friend Sherb Noble to run an “all you can eat” trial of the new soft serve at his ice cream shop, and within two hours more than 1,600 servings of ice cream were sold to happy customers.

When World War II hit, the newly franchised company took a hit but came back bigger and better than ever following the war. Starting with only 100 stores in 1947, that number grew to 1,446 in 1950 and a whopping 2,600 by 1955. Today, Dairy Queen still serves up beloved frozen treats in more than 6,000 restaurants in 20 countries. 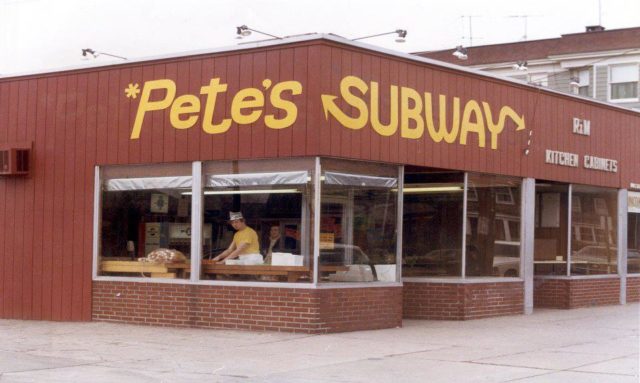 Subway is, surprisingly, the most popular fast-food joint in the world. It has 42,998 locations worldwide (McDonald’s has 37,200 for comparison). Subway began in 1965 when 17-year-old Fred DeLuca asked a family friend for tips on how to pay his college tuition. Instead of getting a regular job, DeLuca opened a submarine sandwich shop using a $1,000 investment family friend Peter Buck, a nuclear physicist.

The first Subway was opened in Bridgeport, Connecticut where they served customizable sandwiches – a revolutionary idea at the time!

While the names of the founders of most other fast-food restaurants on this list are rarely remembered, everyone knows the name behind Kentucky Fried Chicken: Harland “Colonel” Sanders. Sanders purchased a roadside motel in Corbin, Kentucky in 1930 and began to sell his homemade, southern-style fried chicken. After nine years he finally perfected the top-secret blend of 11 herbs and spices that makes KFC so popular today.

By 1952, Colonel Sanders opened his first franchised Kentucky Fried Chicken restaurant in Salt Lake City, Utah. The Sanders name (and face) became so recognizable over the years that the Colonel was named the 2nd most recognizable celebrity in the world according to one survey. Today, KFC’s famous “finger-lickin’ good” chicken is sold in 25,000 KFC restaurants in over 145 countries.

The first Starbucks Coffee location popped up in Seattle – a known mecca of coffee lovers. Opened in 1971 in Seattle’s historic Pike Place Market, the unconventional name for the coffee chain came from the classic story of Moby-Dick – an homage to the “seafaring tradition of the early coffee traders.”

A New Yorker named Howard Schultz joined the company in 1982, and when he traveled to Italy the following year he was amazed at the thriving Italian coffee culture. Bringing those same ideals and techniques home to Starbucks, the coffee shop became an artisan cafe serving up handcrafted espresso and lattes.

More from us: Colonel Sanders Wasn’t a Real Colonel

Today, Starbucks is still loved for its original coffee creations complete with seasonal drinks and customizable flavors available at more than 32,000 stores in 80 countries.

« ‘Like Night and Day’: The Decades-Long Feud Between Bob Dylan and Joni Mitchell
The Horrifying Real Origins of Zombies »