‘Like Night and Day’: The Decades-Long Feud Between Bob Dylan and Joni Mitchell

During the 1960s and ’70s when the counterculture movement was spreading “peace and love,” two folk icons weren’t exactly practicing what they preached. Joni Mitchell and Bob Dylan have revealed bits and pieces of their tense relationship over the years, but their feud goes back to the beginning of their careers.

Mitchell and Dylan were ‘yin and yang’

Canadian-born experimental singer-songwriter Joni Mitchell was one of the musical inspirations for the counterculture movement of the late ’60s and early ’70s. Her sultry voice and unique approach to pop music with themes of social justice and visceral imagery quickly made her an icon. Once described as the “Yang to Bob Dylan’s Yin,” Mitchell’s music has inspired countless other musicians from Prince to Alanis Morrisette.

Hailed as the “Shakespeare of his generation,” Bob Dylan revolutionized the music industry with his poetic lyrics, classic folk sound, and his use of themes like peace and the anti-war movement. From “Blowin’ in the Wind” to “The Times They Are A-Changin’,” Dylan has written some of the most famous songs in recent history.

The start of the feud

There is no black-and-white answer for how the rift between Mitchell and Dylan began, but many believe it started early in their careers. The first major spat between the musicians happened in 1974 during a listening party. While Mitchell was debuting new songs off her now-acclaimed album Court and Spark, Dylan reportedly fell asleep – the ultimate insult to any artist. 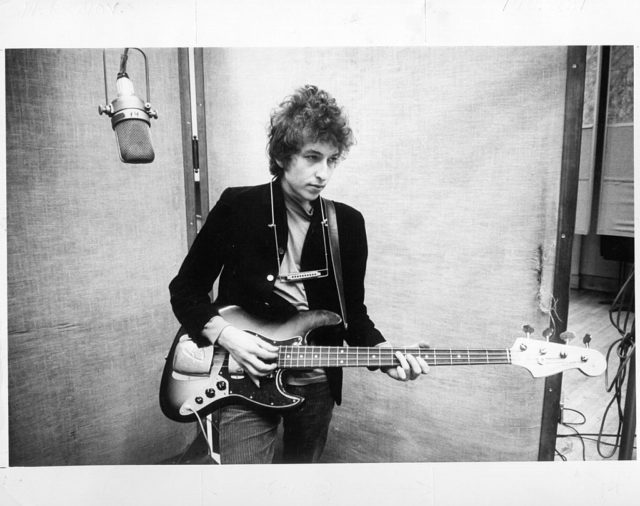 Bob Dylan while recording his album Bringing It All Back Home in 1965. (Photo Credit: Michael Ochs Archives / Getty Images)

In a 1979 interview, Mitchell said “I think Bob was just being cute,” at the time and alluded to a tense relationship between the singers, saying they’d had “a series of brief encounters.”

Mitchell divulged her true feelings in a 2010 interview with the Los Angeles Times. When the interviewer compared her to Dylan, Mitchell clapped back: “Bob is not authentic at all,” calling him a “plagiarist” and “fake,” before finishing off the insult with “everything about Bob is a deception.”

This isn’t the first time Mitchell has been a bit too blunt toward other artists in the media. In 2008 she described Janis Joplin as “very competitive” and “very insecure,” and made a shocking accusation towards Joan Baez claiming she “would have broken [her] leg if she could have.”

Mitchell’s interview wasn’t the first time Dylan would be accused of plagiarism, and it certainly wouldn’t be the last. In 2001, The Wall Street Journal spotted a similarity between songs in Dylan’s album Love and Theft and a book by Japanese author Junichi Saga. Five years later, The New York Times also accused Dylan of plagiarizing a poem by 19th-century poet Henry Timrod in his 2006 album Modern Times. 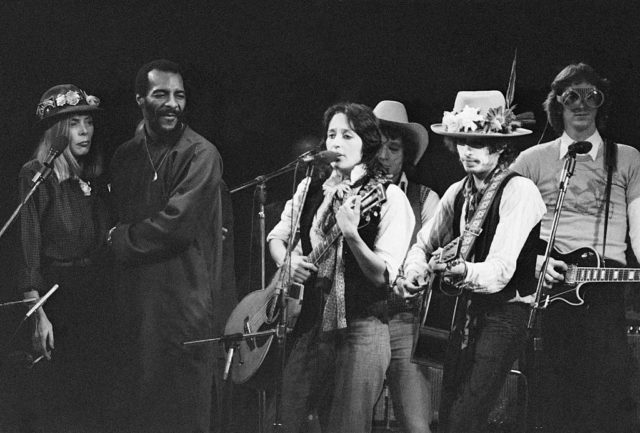 In a 2012 Rolling Stone interview Dylan finally addressed the allegations: “It’s called songwriting. It has to do with melody and rhythm, and then after that, anything goes. You make everything yours. We all do it.”

He said, she said

Following Dylan’s plagiarism controversy, Joni Mitchell shed new light on her comments from earlier interviews. She told UNCUT Magazine she never called Dylan “not authentic,” explaining she feels she was misquoted by journalists. In true Joni fashion, she even called the interviewer who misquoted her a “moron.” 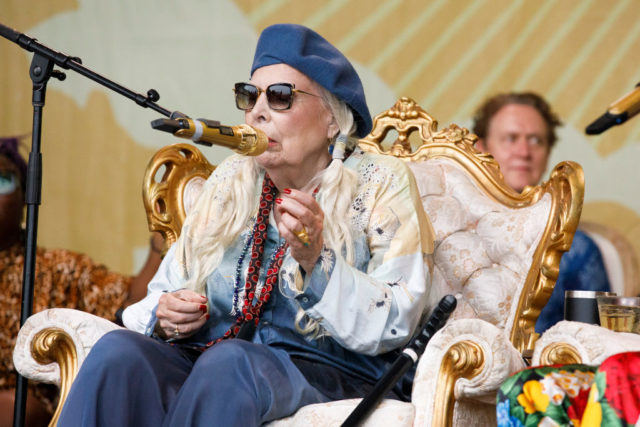 She didn’t leave her digs at Dylan there, doubling down once more: “I did say he’s a plagiarist, and he is… It’s not like I outed him… He told me, ‘I haven’t written a song in years.'”

Mitchell also commented on Dylan’s musical talents, saying that he wasn’t gifted musically – a criticism that many have against Dylan. “He’s borrowed his voice from a lot of old hillbillies. He’s got a lot of borrowed things. He’s not a great guitar player. He’s invented a character to deliver his songs” Mitchell said. 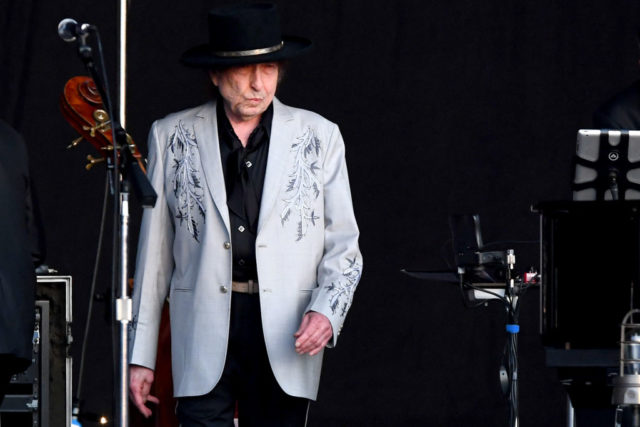 As for what Dylan has to say to his critics claiming he plagiarized his songs, he openly called them “wussies” in a Rolling Stone interview.

Ultimately, the feud between the singers seems to have fizzled out. Mitchell and Dylan are 78 and 81 years old respectively, and as their music careers have wound down it’s likely the drama has too.