On an episode of The Bill Simmons Podcast, actor Tom Hanks revealed the top three films he starred in that he considers his favorites. With such an impressive career, it’s hard to guess which movies he chose. Some of these might be surprising! 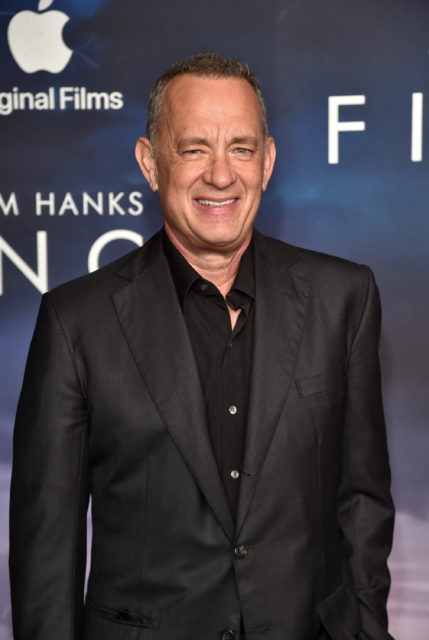 As he’s starred in over 80 films over his nearly 40-year career, one might think Hanks would have a hard time deciding which of them are his favorites. It might even be tough to remember them all! In reality, he has a very specific way of choosing which movies make the list of his all-time favorites.

“I wouldn’t do it according to the way the movies came out, I would do it by way of personal experience that I had while I was doing them, which is very different,” Hanks explained. He doesn’t focus on the plot of the film or even its success, but rather on how he feels while shooting it.

A League of Their Own 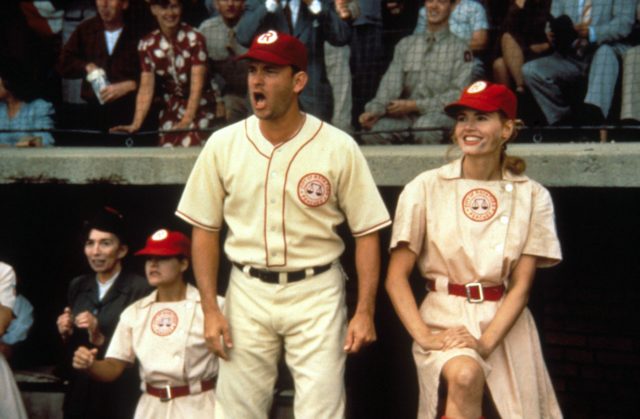 Tom Hanks starred alongside Geena Davis as a drunk former-baseball player in A League of Their Own. (Photo Credit: Parkway Productions / Columbia Pictures / Zayne / MovieStillsDB)

The 1992 flick A League of Their Own made one of the top spots on Hanks’ list. The film follows an all-female baseball team that was put together as a result of the Second World War taking all the men away from their jobs in America, including baseball players.

Hanks plays Jimmy Dugan, a former baseball player who is an alcoholic and doesn’t believe in the all-female team. Surprised that it made his top three? Well, his reason is that filming this one gave him the opportunity to play baseball all season. Who wouldn’t love that? 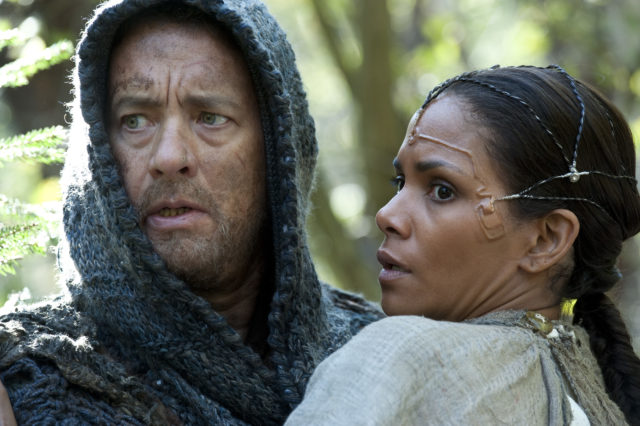 Hanks also listed Cloud Atlas (2012) as one of his top three favorites. The plot explores how interactions of the past affect the present and future and how they’re all interconnected. But it wasn’t the plot that he enjoyed the most. He said it was “the first time I’d ever shot extensively in Germany and I was surrounded by history.”

Not only did he enjoy his surroundings, but the staff he was working with made the experience even more enjoyable. And “the work itself, we were part of this big, massive ensemble of fantastic people who were just trying to do the hardest, best work on a deep throw… that whole movie was such a deep throw that making it was magical,” he explained. 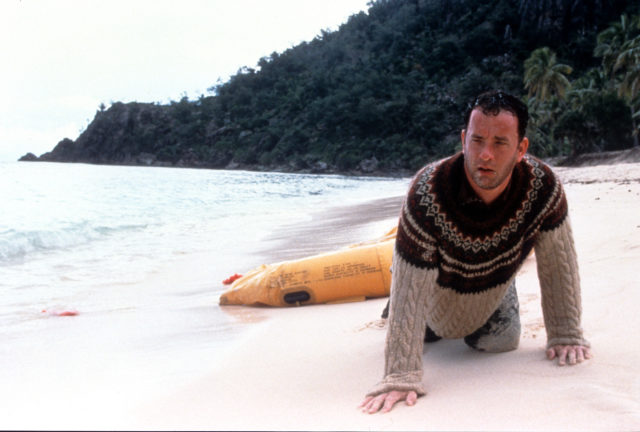 One of the films fans might have expected to make Hanks’ top list is Cast Away (2000). The film pretty much goes as the title describes – a Memphis FedEx executive becomes stranded on an uninhabited island and goes through a personal transformation as he tries to survive the hunger and isolation.

Turns out, filming a movie with this kind of plot is exactly what you would expect it to be. “We were out in the middle of the ocean trying to grab shots. We were out in Fiji and my whole family was with me,” Hanks described. “Nothing but adventures every single day.”

More from us: Co-Stars Reveal Hilariously Bizarre Stories About Working With Christopher Walken

Although these are his personal favorites, audiences have favored different films featuring Hanks. He has earned two Oscars for Best Acto,r in the films Philadelphia (1994) and Forrest Gump (1995). We’re pretty surprised there aren’t more, but there’s still plenty of time.