A Couple Found Rare Coins Worth $850,000 Underneath Their Floorboards

When a kitchen renovation led to the discovery of an 18th-century treasure, the homeowners eagerly waited as everything was appraised and eventually put up for sale. When the auction opened, their amazing find sold for a mind-boggling price.

The couple stumbled upon the coins during a renovation

An un-named couple who found a hoard of 264 gold coins dating back to King James I under their 18th century kitchen floor in #Ellerby N Yorks, sell at auction for £755k. 😳

The coins had been kept in a salt-glazed pot & sold at London auctioneers Spink & Son last week. pic.twitter.com/UnvYk6BQfs

In 2019, a couple living in Ellerby, East Yorkshire, England, decided to renovate their kitchen. This included tearing up their original 18th-century floorboards to make way for new, modern flooring. When they began to rip up the boards, they not only had to lift the wood, but also dig into the concrete foundation that was underneath.

When they finally broke through the concrete, they thought they had struck an electrical cable as they spotted a bright gold disc underneath the debris. However, as they looked closer, they discovered a small pot, no bigger than a soda can, housing more than 260 gold 50- and 100-pound coins.

“It is a wonderful and truly unexpected discovery from so unassuming a find location,” said Gregory Edmund, an auctioneer at London auction house Spink & Son. “Picture the scene: you’re choosing to re-lay your uneven kitchen floor, you put a pick-axe through the concrete and just beneath you see a tiny sliver of gold. At the time, you think it must just be a bit of electrical cable, but you find it’s a gold round disc and beneath it there are hundreds more.”

The coins likely belonged to a wealthy mercantile family

Some misleading press reports about this hoard of Post-Medieval gold coins from Ellerby area, North Yorkshire: https://t.co/ivhaEi51IX. Articles failing to mention that they were reported under the Treasure Act, or implying that they didn't meet the criteria for Treasure: pic.twitter.com/Zhfhnci2H4

The coins were dated to between 1610 and 1727 and have been linked to the Fernley-Maisters. This was a wealthy mercantile family that imported and exported essential goods like timber, iron, and coal ores.

“Joseph and Sarah [Fernley-Maister] clearly distrusted the newly formed Bank of England, the ‘banknote’ and even the gold coinage of their day because they [chose] to hold onto so many coins dating to the English Civil War and beforehand,” said Edmund. “Why they never recovered the coins when they were really easy to find just beneath original 18th-century floorboards is an even bigger mystery, but it is one hell of a piggy bank.”

The value of the coins increased drastically 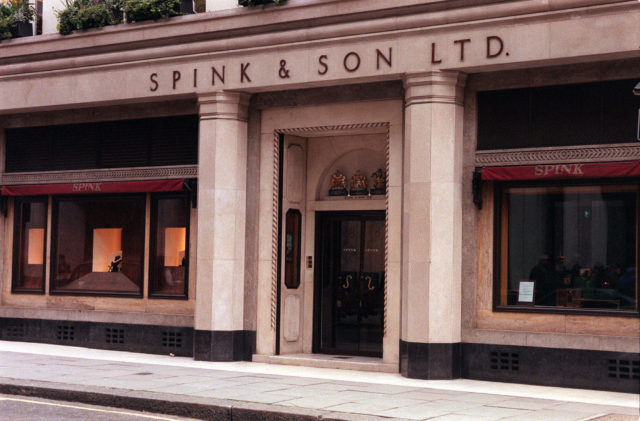 When the coins were originally appraised by the auction house, they were valued at a total of $280,000. Their actual monetary equivalent in 2019 was the equivalent of about $125,000 in modern money. However, news of the discovery made by the couple who chose to remain anonymous gained global attention, and something “absolutely extraordinary” happened.

The coins received so much attention in the media all around the world that when they were finally put up for auction, their value more than tripled. The remarkable collection of coins was split into smaller lots and was sold to several buyers from places like America, Europe, Australia, Japan, and China, for a total amount of more than $850,000.

« The Exhumed Guanajuato Mummies Whose Faces Scream In Terror
Rob Schneider: ‘Bill Murray is Super Nice to Fans. He Wasn’t Very Nice to Us’ »