When an earthquake and subsequent tsunami struck Japan in 2011, a whopping 123,000 homes and buildings were damaged – and many were reduced to nothing more than a pile of rubble. It can be a daunting and dangerous task for search and rescue teams trying to locate survivors amongst the debris, but thanks to a team of unlikely helpers the process could become safer and more efficient than ever before.

Rats are usually thought of as unwanted vermin that carry other pests and diseases, but they are actually highly intelligent and hygienic. Thanks to their adept noses and ability to learn complicated tasks, these rescue rats are being trained to seek out earthquake survivors. 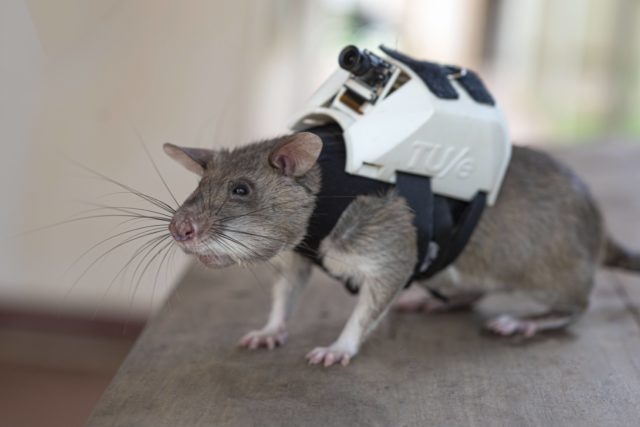 The APOPO project, based in Morogoro, Tanzania, is attaching camera backpacks to rats to help first responders see people trapped in the debris or in other tight situations where a human likely couldn’t reach. Donna Kean, leader of the APOPO initiative, explained why the rodents were selected for the important job: “Rats are typically quote curious and like to explore – and that is key for search and rescue.”

Their inquisitive nature and excellent sense of smell make rats the perfect search and rescue helpers. The rats are being trained in a simulated disaster zone where they must locate their target, pull a switch on their vest to trigger a beeping mechanism, then return to base where they are rewarded with a treat. 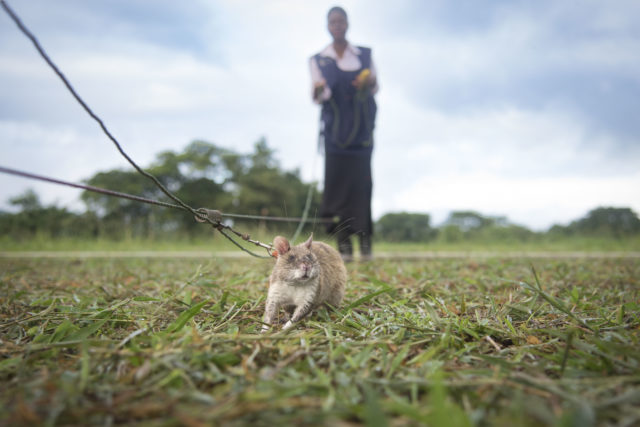 Each tiny team member is equipped with a backpack that includes a camera, location transmitter, and a two-way microphone that helps survivors communicate with first responders.

‘Hero rats’ are hard at work around the world

This isn’t the only time rats have been trained to help protect the safety of humans. APOPO currently runs a number of studies with rats that can detect diseases like tuberculosis in individuals as well as in large group settings such as prisons, where a TB outbreak could be disastrous. In Tanzania, APOPO trains African giant pouched rats to detect landmines, and since they weigh so little traversing a potential minefield isn’t a threat to them – but it is to the many communities who share the land with these ticking time bombs. 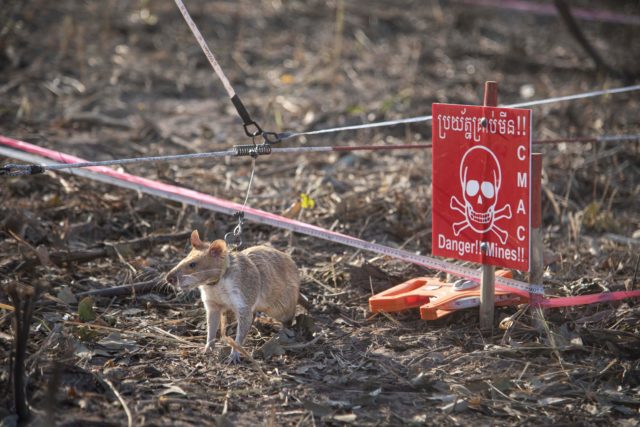 Magawa, a Hero Rat trained by APOPO to sniff out landmines in Cambodia, retired from service in 2021. After four years, Magawa had helped clear more than 2.4 million square feet of land, finding 71 landmines and 38 unexploded ordnance items. Rats like Magawa have caught the national attention of some of the world’s biggest countries, like the British pet charity PDSA which awarded Magawa a gold medal of honor for his lifesaving services.

Rats could be used in earthquakes very soon

While the technology needed to start integrating rats into disaster rescue situations is still in development, the rats are hard at work mastering their skills – all while receiving the best care possible. According to APOPO, animals are trained in 15-minute sessions five days a week and are given spacious home cages to live in with minimal roommates. They have a diet full of fresh fruits and vegetables and have plenty of playtime each day. Once they retire from service, the rats live out their days in comfort. 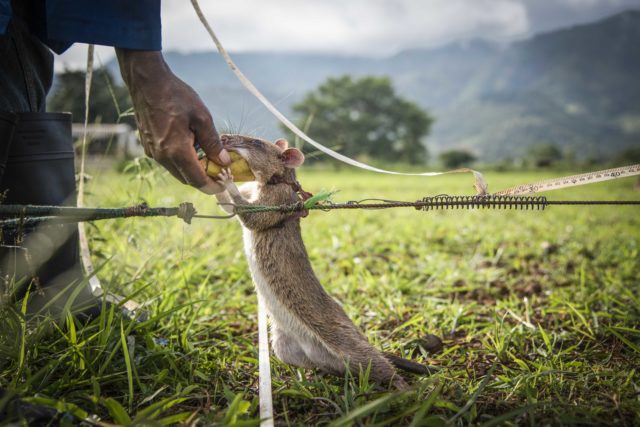 Working rats get plenty of treats and enrichment while on duty. (Photo Credit: APOPO)

A special thank you to APOPO for granting The Vintage News permission to use these photos. APOPO is a non-profit organization that is able to continue its life-saving work with public support.

Currently, the rats remain in training and have yet to master more complex environments, but once they do they could potentially be seen saving lives very soon.