Singer and guitarist Tom Petty became an icon in the world of rock ‘n’ roll. As a member of the Heartbreakers, Mudcrutch, and the Traveling Wilburys, and also as a solo artist, his music would go on to influence countless artists around the world. Petty himself was profoundly influenced by an encounter he had with Elvis Presley, one that led him to his true calling as a musician.

Petty had a rough childhood that guided him into music 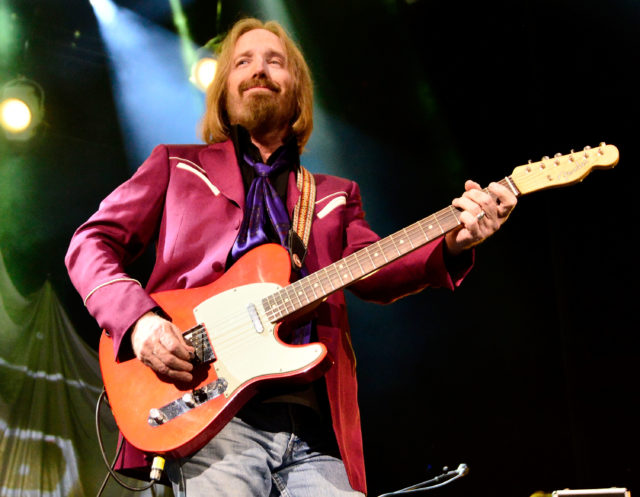 Tom Petty and The Heartbreakers kick off their summer 2014 tour in support of their latest album ‘Hypnotic Eye’ at Viejas Arena on August 3, 2014, in San Diego, California. (Photo Credit: Jerod Harris / Getty Images)

Raised by an abusive father, Petty had a hard time growing up in Gainesville, Florida. Music became the lifeline that helped him through his troubled childhood, and after dropping out of school to commit to the band Mudcrutch, Petty eventually devoted his life to music. With other members of the band, he formed the Heartbreakers in 1976.

Over the span of his career, Petty had dozens of hit songs with his various collaborations and as a solo artist. “American Girl,” “Breakdown,” “Learning to Fly,” “You Don’t Know How It Feels,” “I Won’t Back Down,” and “Handle With Care” are just a few of these top songs. He worked with other iconic musicians such as Stevie Nicks, Bob Dylan, Johnny Cash, and George Harrison over the years.

There was one particular event during his formative years that truly helped to push Tom Petty down the path of music. It involved none other than Elvis Presley himself. 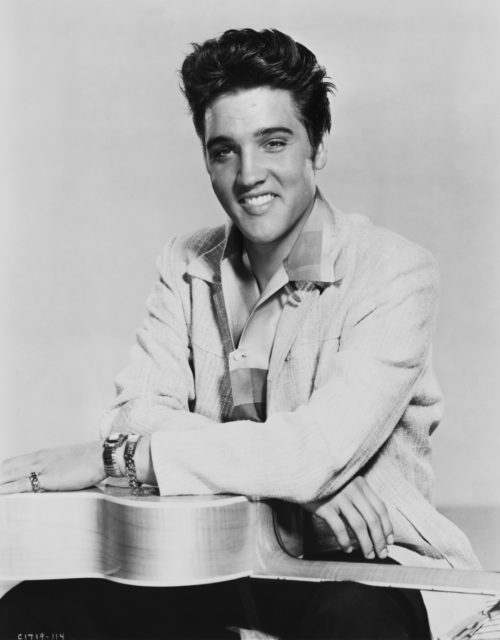 A portrait of American rock musician Elvis Presley (1935 – 1977) seated with his arms crossed on top of a guitar turned downwards on his lap, circa 1955. (Photo Credit: Hulton Archive / Getty Images)

In 1961, Petty’s uncle was working on the set of Elvis’ new film, Follow That Dream, in Ocala, Florida. That summer, Petty’s uncle brought him to the set where he experienced one of the most impactful events of his life. At only 10 years old, Tom Petty saw Elvis Presley with his own two eyes.

Petty recalled seeing Elvis. “I remember his hair was so black that the sunshine was glowing off of it. Just a nod and a hello made your skin tingle. I was high for weeks. It lit a fever in me to get every record I could, and I really digested it. Elvis became the soundtrack of my early years.”

Although most young people of the time were into the tantalizing music produced by Elvis, Petty had really only known him to be a movie star. Seeing him in person ignited a new obsession with the King and his music.

His obsession with Presley’s music grew 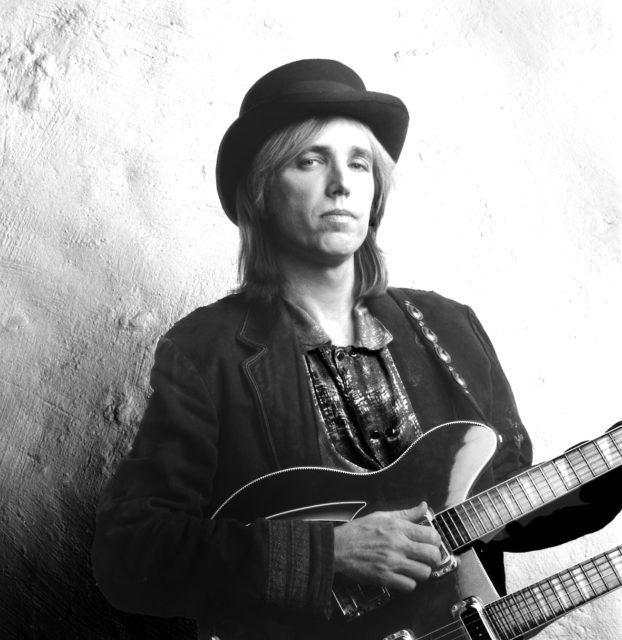 After seeing Elvis in the flesh, Petty was giddy. He wanted to consume as much of Elvis’ music as possible. Thankfully, his childhood friend Keith Harben had plenty of the King’s records. Harben recalled Petty’s reaction to seeing Elvis after he returned home, saying, “he was so excited about it, and I said, ‘Well, you know, Tom, I have some old records that my older sister had left me — a little rack of vinyl RCA 45 RPMs of all Elvis.’ There had to be 20 of them on that little rack.”

Petty became so entranced with Elvis’ music that he and Harben would go record shopping to make sure he had all of his albums. Eventually, his love for Elvis’ music pushed him to learn how to make music for himself.

“Tom just got totally immersed in everything Elvis,” said Harben. “Finally, he got a better stereo and started acquiring LP albums and was able to stack them on his turntable. He sat there and listened to them over and over until he acquired an acoustic guitar at some point and started somewhat teaching himself how to play.”

More from us: ‘Like Night and Day’: The Decades-Long Feud Between Bob Dylan and Joni Mitchell

The world already had plenty to thank Elvis for. His influence on Tom Petty’s music is yet another.