Six centuries after the death of the Black Prince (also known as Edward of Woodstock), a team of scientists conducted, for the first time in history, an analysis of his tomb effigy in Canterbury Cathedral.

Researchers from The Courtauld Institute of Art sought to discover how the Black Prince’s effigy – one of only six large-scale cast metal sculptures to survive medieval England – was made. 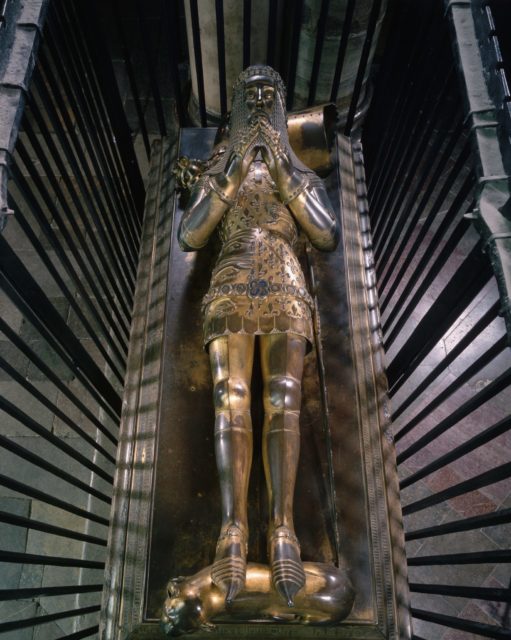 Edward, the Black Prince, was the son and heir apparent of Edward III of England until his untimely death. He was a ruthless military leader for the English during the Hundred Years War but ultimately fell sick with dysentery. He passed away on June 8, 1376, at the age of 45.

The Black Prince gave specifications regarding his tomb in his will, and his son, Richard II, carried out its creation. The effigy shows Edward as an adult crowned prince in armour. He is depicted laying horizontally, with his head on his helm, hands in prayer, and feet resting on a leopard. 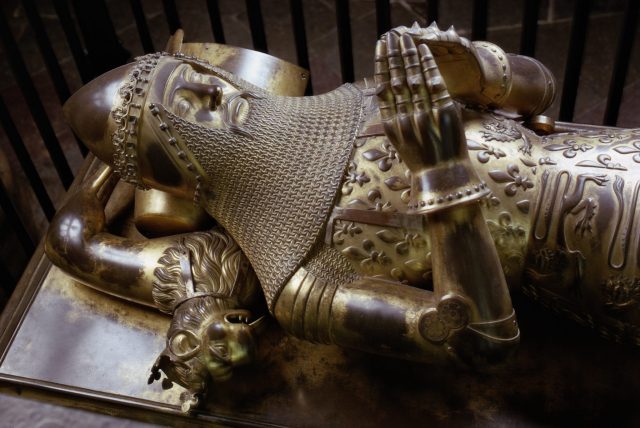 In his will, Edward stated that he should be depicted “fully armed in plate of war” – a wish that was obeyed. In fact, Edward’s effigy is so accurate that the research team now believes an actual armourer helped to make it.

Dr. Jessica Barker, a senior lecturer in Medieval Art at the Courtauld Institute of Art, led the team of art historians and scientists to analyze the Black Prince’s tomb. Their research was carried out with Canterbury Cathedral and was published in The Burlington Magazine. 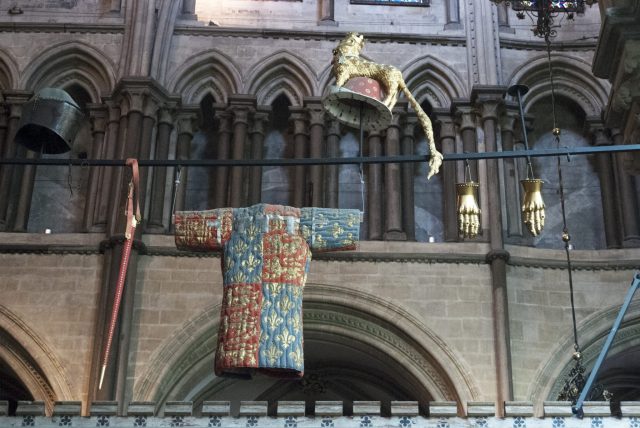 The research team slid an endoscope (a tool typically used in medicine) through one of the original small openings in the effigy. The data from the endoscope showed that it was cast in sections, and was held together by an intricate system of bolts and pins that was invisible from the outside. This was the first glimpse inside this sculpture in over 600 years. The researchers also used a handheld device that emits high-energy beams to analyze the gilt effigy tomb’s exterior.

The study revealed that the effigy is one of the most sophisticated and elaborate castings to come out of the Middle Ages. The research team believes that the effigy was constructed with the help of an armourer who could both ensure the accurate detailing and the way the effigy pieces were assembled.

Dr. Jessica Barker was struck by the discovery, stating “there is something deeply affecting about the way his armour is depicted on the tomb. This isn’t just any armour- it is his armour, the same armour that hangs empty above the tomb, replicated with complete fidelity even down to tiny details like the position of rivets.” 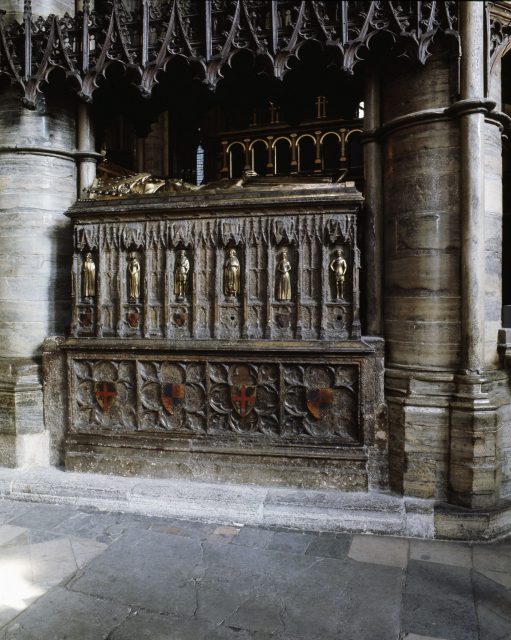 The study also re-dated the effigy. Originally, historians believed that the tomb and effigy were made shortly after the Black Prince’s death. However, this more recent study suggests that Richard II commissioned two effigies (one being his father’s and the other being that of his grandfather, Edward III, in Westminster Abbey), which places the creation of the Black Prince’s tomb closer to a decade after his death.

The research team believes “it is very likely that Richard II was seeking to promote the enduring and immutable character of the Crown through the making of precious metal effigies of his father and grandfather, similar to those he would later order for himself, and his wife, Queen Anne of Bohemia.”