Elizabeth I: 7 Little Known Facts About the Charismatic Virgin Queen

Queen Elizabeth I’s reign was historic in more ways than one. Not only was she one of the longest-reigning monarchs of her time, but she also established the Church of England which was created as a compromise between Roman Catholicism and Protestantism – a divide that had troubled England for years.

She oversaw countless battles and championed new discoveries. Her carefully crafted persona as a faithful, pious, and humble Virgin Queen won over her subjects and her enemies. These seven facts reveal how Elizabeth I’s precarious rise to power led to her lengthy and historic reign.

Elizabeth I was declared illegitimate by her own father 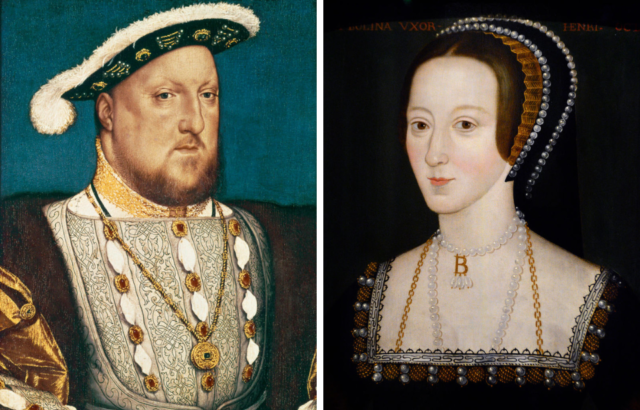 Elizabeth I was born on September 7, 1533, to King Henry VIII and his second wife Anne Boleyn. When she was just three years old, her mother Anne was convicted of incest and treason after she was accused of sleeping with her brother George. It is still unknown if the charges were true or if Boleyn was framed as a convenient excuse for Henry to end their marriage.

The new act placed Henry’s only male heir, Edward, as first in line to the throne, with half-sisters Mary and Elizabeth behind him. When Henry VIII died in 1547, nine-year-old Edward was crowned king until his death in 1553.

She was never meant to be Queen 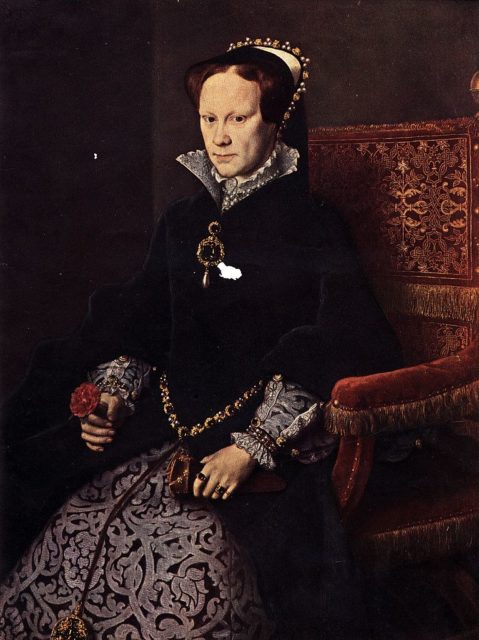 At the time of Edward’s death, Elizabeth’s half-sister Mary Tudor claimed the throne. Mary was the daughter of Henry VIII and his first wife, Catherine of Aragon. As the daughter of a Spanish princess, Mary was raised to be vehemently Catholic in a time of religious unrest during the Protestant Reformation. Mary ascended the throne in 1553 but only ruled for five years.

During her reign, she attempted to return England to the Catholic Church and in doing so persecuted hundreds of British Protestants. Her horrific time on the throne earned her the nickname “Bloody Mary.” She died in 1558, leaving only Elizabeth the claim to the throne. After two short and controversial reigns, Elizabeth I was crowned Queen – something she likely never believed would happen as a young girl. She proved to be a strong, intelligent, and effective ruler.

She spoke and read seven languages 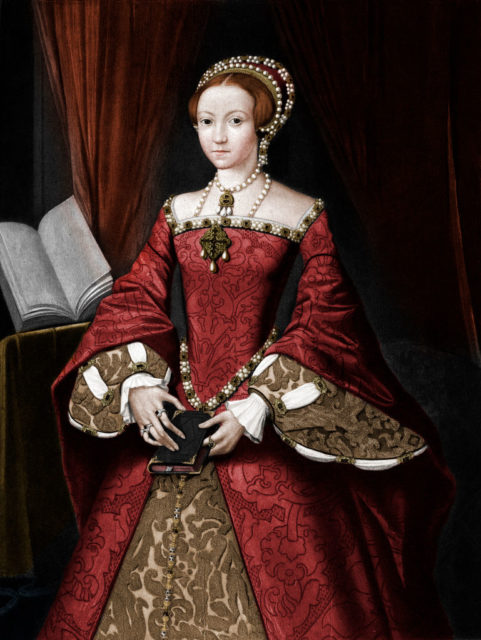 Growing up a princess provided Elizabeth with all the comforts and resources available to the upper class. As a girl, she was highly educated in preparation for the possibility of becoming Queen. By the time she was 11, Elizabeth could speak five languages fluently. Throughout her life, she picked up a couple of other languages and could read and write in English, Welsh, Greek, Latin, Spanish, French, and Italian.

Elizabeth I was a murder suspect 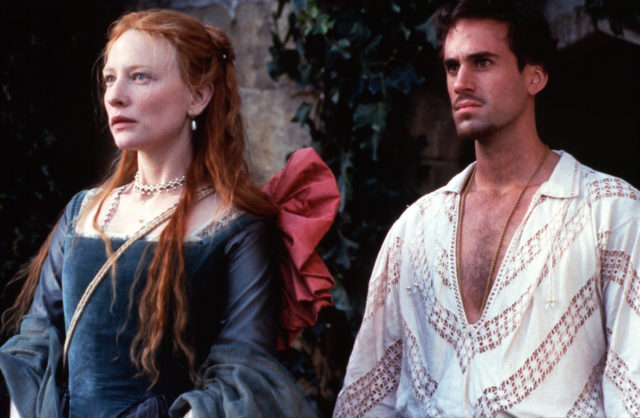 Elizabeth’s legacy has been obscured by several myths and common misconceptions. One of them has to do with the romantic life of England’s “Virgin Queen.” Robert Dudley, one of her most trusted advisors, was also suspected to be one of her favorite lovers. Dudley’s friendship with the Queen nearly ended in disaster following the suspicious death of his wife, which led many to believe Elizabeth had something to do with it.

Dudley and Elizabeth had known each other since they were children, and as soon as she was crowned Queen she immediately appointed Dudley as her Master of Horse – a coordinator for the court’s travel and entertainment. They were often seen together whispering in corridors or dancing together, leading many to believe they were having an affair.

When Dudley’s wife Amy was found dead with a broken neck, people immediately speculated the death was planned so that Dudley could marry Elizabeth. Ultimately, no charges were ever brought forward in the matter but the controversy surrounding their relationship meant that Elizabeth would never be able to marry Dudley. Even on her deathbed, she claimed that she did love him, but “nothing unseemly had ever passed between them.”

Queen Elizabeth I had rotten teeth and wore deadly makeup 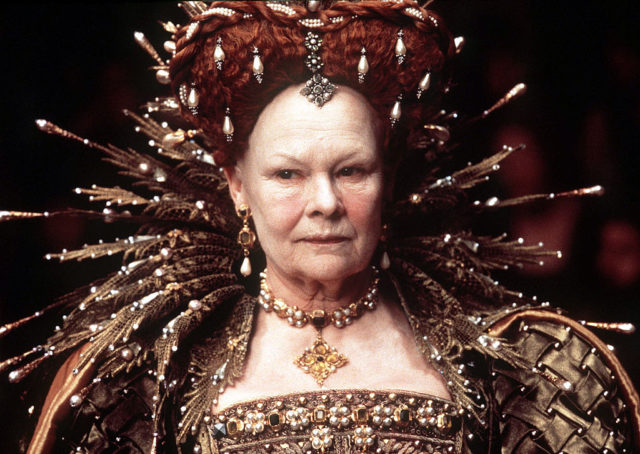 Elizabeth was known to have a sweet tooth and snacked on her favorite treat – candied violets – so often that the sugar made many of her teeth go black. It probably didn’t help that the Queen brushed her teeth with honey, either.

She is also remembered for her signature makeup. When Elizabeth was in her late twenties she developed a severe case of smallpox, which left her with unsightly scarring on her face. She covered these blemishes with a thick layer of skin-lightening makeup that contained toxic white lead. The ingredient can cause skin deterioration, hair loss, and even death. Meanwhile, the lip coloring she used also contained a poison – mercury. Side effects of mercury ingestion include depression, memory loss, and irritability – all of which Elizabeth reportedly experienced near the end of her life.

Why was Elizabeth I known as the ‘Virgin Queen’? 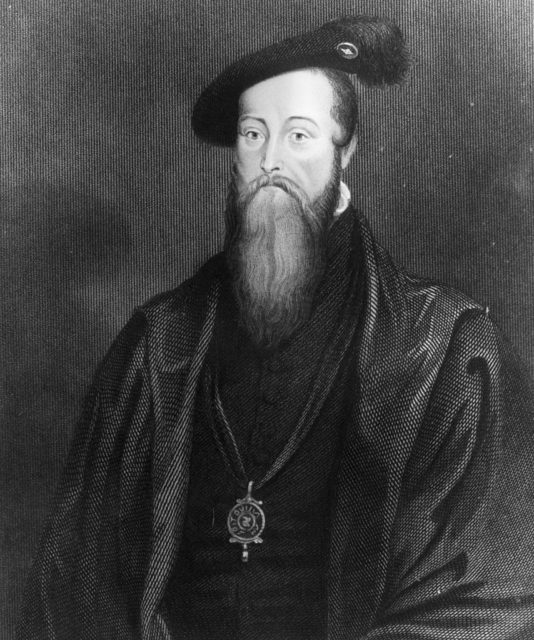 When Henry VIII died in 1547, Elizabeth moved in with her stepmother Katherine Parr, Henry VIII’s sixth and final wife. Parr married her second husband Thomas Seymour, the Lord Admiral, who was the brother of Henry VIII’s third and most beloved wife Jane Seymour.

While Elizabeth was living with Parr, Seymour continually pursued the teenage princess. When Katherine died in 1548, Seymour saw his chance to grow his political influence by marrying the young Elizabeth and seizing control of the Crown. Luckily, he was arrested in 1549 and executed for treason.

The scandal that ensued was an early lesson for the future Queen, who learned the importance of safeguarding her sexual reputation and ultimately led to her well-crafted image as the “Virgin Queen.”

People thought Elizabeth I was a man 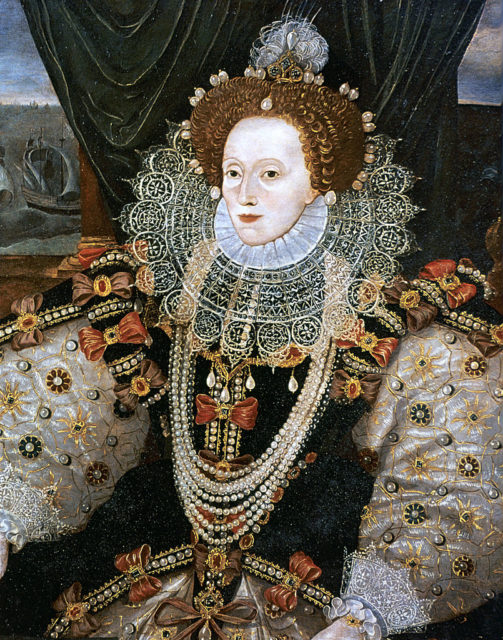 During her 45 years as Queen, Elizabeth I continually had to prove her worth as a woman. During a time when men were seen as more intelligent and more powerful than women, many of her enemies devised stories that tried to underwrite her incredible ability to rule.

More from us: Henry VIII Hid a Major Clue in a Painting That Might Identify His Favorite Wife

One of the most outlandish conspiracy theories argued that because of her leadership abilities, intelligence, and extensive knowledge of war, policy, and finance, Elizabeth must have been a man – which has been proven false.