Actor Brad Pitt recently opened up about the pressures of toxic masculinity after the action star was attacked on Twitter for wearing a skirt to the red carpet premiere of his latest film, Bullet Train.

Pitt talked with the Financial Times about the “exhausting” pressure he faces to live up to the hyper-masculine characters represented onscreen in Hollywood today. “It’s just exhausting to be anything but who you are,” Pitt said. “You have to understand, at least where I grew up, we’re more the Clint Eastwood character: you hold everything within, you’re capable, you can deal with anything, you don’t show weakness. I see that in my dad and the older generations of actors, and, man, it’s exhausting.”

The Once Upon a Time in Hollywood actor was born in 1963 and grew up in Missouri. Pitt’s earliest acting gig was a brief appearance on a soap opera when he was just one year old. His first big break was with the 1992 film A River Runs Through It, which showcased his acting talent and proved to Hollywood he was more than just a pretty face. Pitt has played various complex characters, from the broody Louis de Pointe du Lac in Interview With the Vampire to the hyper-violent Tyler Durden in Fight Club and major historical figures like Achilles in Troy. 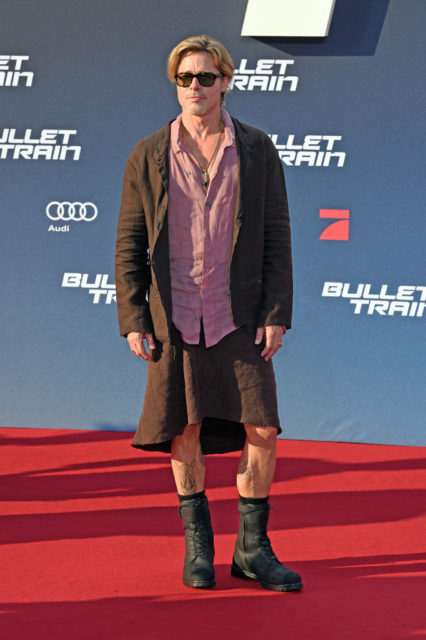 Pitt shared how his upbringing influenced his career as one of Hollywood’s favorite “macho” men: “I grew up with that be-capable, be-strong, don’t-show-weakness thing,” Pitt told The New York Times.

Now, the 58-year-old is taking a different approach to acting, as told to Variety: “As I get older, I find such a comfort in friendships where you can be [completely yourself], and I want that to extend in the outer world. What people make of it: I’m fine. I feel safe here because there’s a focus on our struggles as human beings because it’s fraught with peril. And joy as well.”

The actor also offered an explanation to the haters on social media after his red-carpet appearance in a skirt: “We’re all going to die, so let’s mess it up,” Pitt exclaimed. Some responded to Pitt’s comments on the “exhausting” brand of masculinity championed by older actors like Clint Eastwood: “If you can’t hack it as a real man, Brad, then maybe the problem is yours and not the ‘image.'”

While some fans were quick to comment on Pitt’s statement, others highlighted recent controversies over Pitt’s alleged violence and abuse towards his ex-wife Angelina Jolie. A report in the Washington Post revealed a disturbing incident involving Pitt, Jolie, and their six children on a plane in 2016. 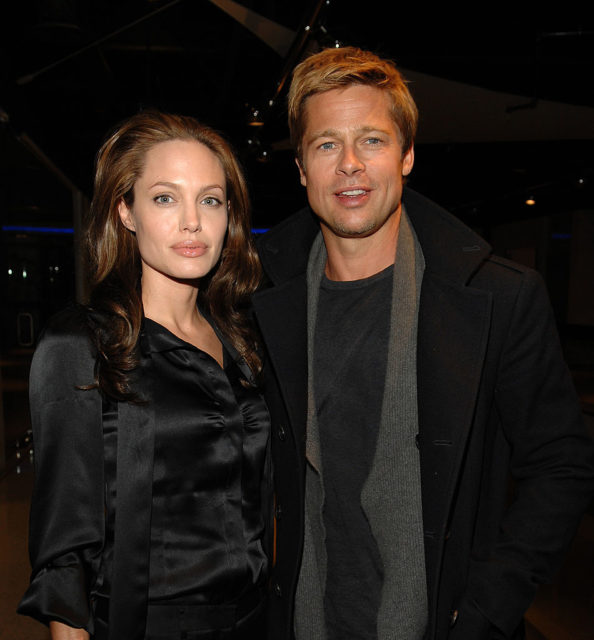 A leaked source claimed that Pitt was “intoxicated on a flight and began to act aggressively toward Jolie and their children.” The incident even led to an FBI investigation, which later stated that no charges would be placed against Pitt. Discouraged by the result of the investigation, Jolie filed a cross-complaint claiming that her husband became “physically and emotionally abusive to Jolie and their children” while on a flight from their shared winery and home in France to Los Angeles.

The claim states that Pitt brought Jolie to the back of the plane during the flight where he shook her and yelled before pushing her against a wall. Jolie left the bathroom after Pitt punched the ceiling of the plane several times. One of the children reportedly asked Jolie if she was alright, to which Pitt yelled back “No, mommy’s not okay.” 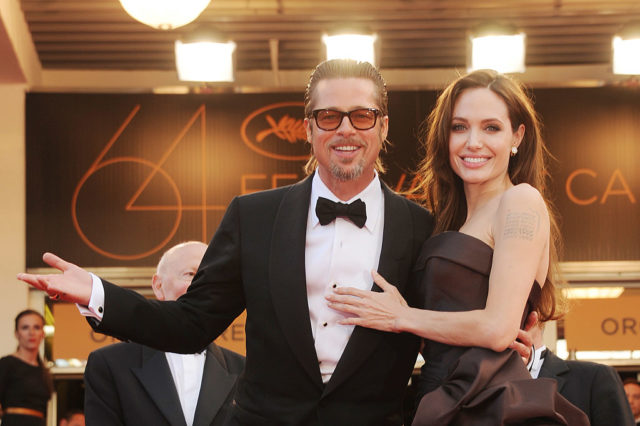 Angelina Jolie and Brad Pitt at the premiere of “The Tree of Life” during the 64th Cannes International Film Festival in 2011. (Photo Credit: Stephane Cardinale / Corbis / Getty Images)

One of the children verbally defended Jolie, and Pitt lunged toward them. When Jolie grabbed Pitt to stop the attack, Pitt “threw himself” backward on top of Jolie, injuring her back and elbow. The complaint continues, “Before it was over, Pitt choked one of the children and struck another in the face. Some of the children pleaded with Pitt to stop.” Five days after the incident, Jolie filed for divorce.

Moving on and owning up

After Pitt’s open discussion of masculinity in Hollywood, some were quick to point out the abuse allegations from 2016. “Didn’t hold everything in when he assaulted his wife and kids on that plane did he?” was posted to Twitter, along with other sentiments siding with Jolie: “Masculinity on screen and COWARDICE in real life: abusing and assaulting his wife and kids.” 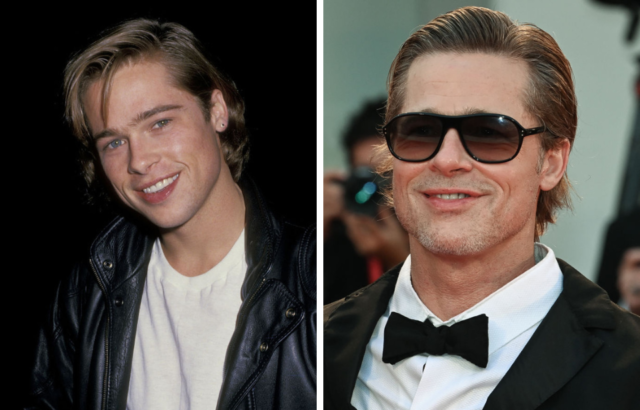 In 2019, Pitt told The New York Times that he was attending Alcoholics Anonymous and is now sober. “I was looking at my own life and really concentrating on owning my own sh*t: where was I complicit in failures in my relationships, where have I misstepped,” Pitt said. “For me, it was born out of ownership of what I call a radical inventory of self, getting really brutally honest with me, and taking account of those I may have hurt.”

More from us: Facts About the Cult Classic Movie ‘Fight Club’

While his comments about Eastwood’s exhausting masculinity aren’t black and white, Pitt has highlighted one of Hollywood’s faults: a lack of nuanced representations of the male experience on screen. Pitt’s self-confidence and transparency are a brave first step towards reconciling with his wrongdoings and living authentically.

« This Ancient Roman Emperor was Buried Alive – and His Wife Refused to Save Him!
Elizabeth I: 7 Little Known Facts About the Charismatic Virgin Queen »