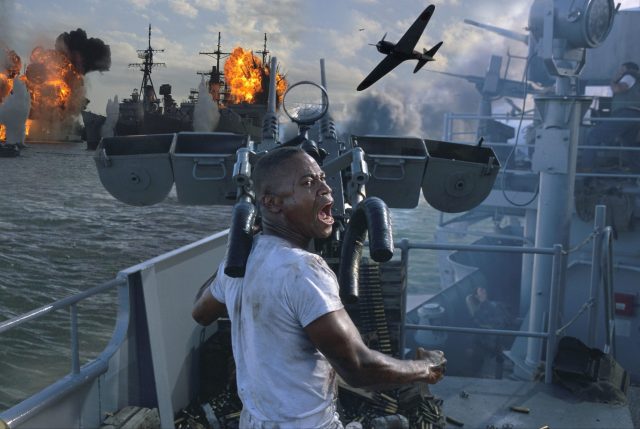 Although Pearl Harbor (2001) has many historical accuracies, one thing they did get completely right is its portrayal of Doris Miller. In the film, we see Miller (played by Cuba Gooding Jr.) take control of an unattended machine gun and take down many Japanese planes.

The real “Dorie” Miller joined the United States Navy in 1939. However, during this time, Navy policy prevented African American men from receiving any promotions, meaning that Miller served as a mess attendant.

On December 7, 1941, Miller was doing laundry onboard West Virginia when the Japanese attack on Pearl Harbor began. Miller jumped into combat, without having any formal training. He was able to shoot down enemy planes with a .50-caliber weapon and pulled many injured soldiers through the burning ship to safety. He was one of the last sailors to abandon ship as West Virginia sank, and he swam through 400 yards of water and burning oil to shore.

Miller was the first Black sailor to receive the Navy Cross. In 2020, the Navy named an aircraft carrier after him.

2. The elderly couple in Titanic were real people 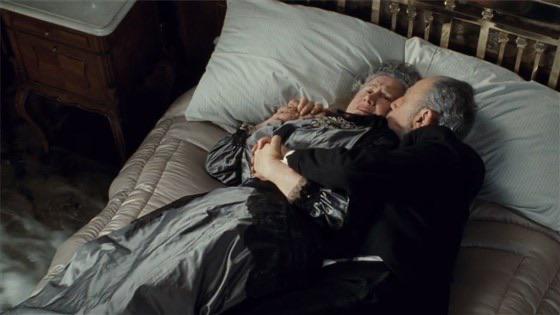 One of the most heartbreaking scenes in James Cameron’s 1997 hit movie, Titanic, is when we see an elderly couple in bed with water rushing underneath them. However, what arguably makes this scene even sadder is that this elderly couple was based on real people.

The elderly couple portrayed in the movie were based on Isidor and Ida Straus. Isidor Straus was the co-owner of Macy’s Department store and he and Ida had been visiting family in Germany. When Titanic hit an iceberg on April 14, 1912, Isidor and Isa were directed to lifeboat eight. However, Isador refused to board the lifeboat after seeing younger men being denied a chance to have a spot. Ida also refused to board the lifeboat, telling her husband “where you go, I go.”

The couple was last seen together on deck holding hands. James Cameron actually filmed an entire scene depicting the moment Isador and Ida refused a spot onboard a lifeboat, but decided not to include it in the final version of the film.

3. Johnny Cash did propose to June Carter onstage and out of the blue 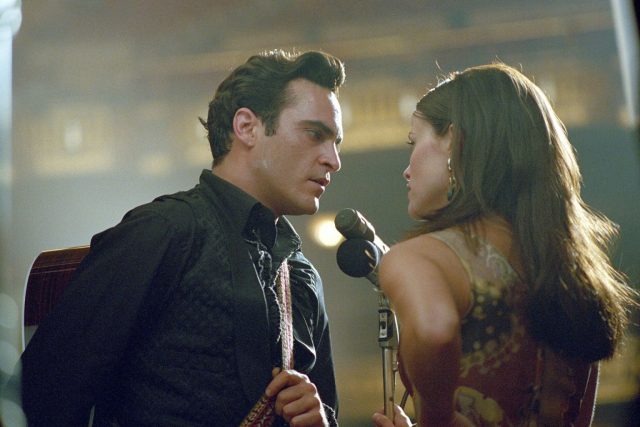 Walk The Line (2005) is a biographical romantic film depicting the story of Johnny Cash and June Carter. The movie accurately depicts the way in which Cash proposes to Carter. The pair was on stage performing their hit song “Jackson,” when Johnny stopped singing (but was still playing the guitar) and asked June to marry him. June tried to get him to continue the song, but eventually agreed to marry him.

Although this proposal may seem spontaneous and very public, Cash really did propose to Carter in the middle of a concert. The two were singing “Jackson” at a concert in London, Ontario, Canada, on February 22, 1968, when Cash stopped mid-song to propose to Carter. Of course, she said yes and the two were married on March 1, 1968.

4. Danny Porush really swallowed a goldfish just like in The Wolf of Wall Street 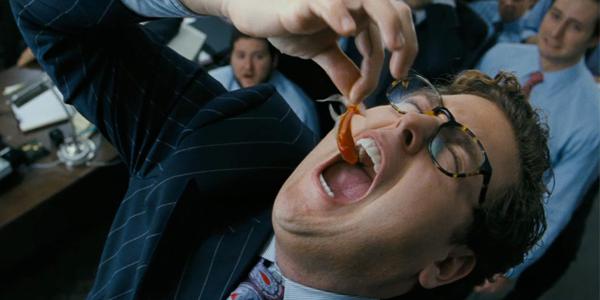 Actor Jonah Hill about to eat a gold fish for a scene in The Wolf of Wall Street. (Photo Credit: MovieDetails via Reddit)

In the movie The Wolf of Wall Street (2013), actor Jonah Hill plays the character Donnie Azoff, who is based on Danny Porush. Like in the film, Porush was really the co-founder and ex-president of Stratton Oakmont. In the movie, viewers see Jonah Hill eat a live goldfish in the office.

Surprisingly, according to Porush himself, this event actually did occur. According to Porush, “I said to one of the brokers, ‘If you don’t do more business, I’m gonna eat your goldfish.’ So I did!”

Interestingly enough, when it came to filming the goldfish scene for Wolf of Wall Street, actor Hill actually wanted to swallow the goldfish in real life but couldn’t. Hill wanted everything to be real, and felt that he was not working as hard as everyone else in the film. Of course, swallowing a goldfish goes against animal cruelty laws so he didn’t swallow it, but he did keep a live goldfish in his mouth for three seconds.

5. Mary Jackson really did need to get special permission to attend classes 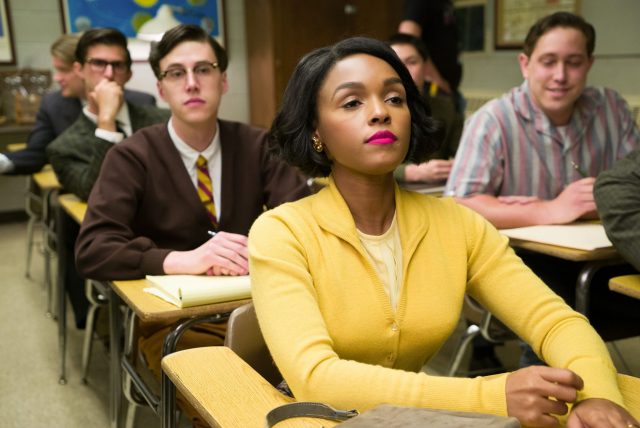 Hidden Figures (2016) tells the story of three African American mathematicians who work at NASA and help get astronaut John Glenn into orbit. In a scene, one of the mathematicians named Mary Jackson (played by Janelle Monáe) petitions a judge in a segregated courtroom to allow her to enroll in an extension course offered at an all-white high school so she can become an engineer. She is eventually granted permission and celebrates her victory.

According to Margot Lee Shetterly’s book, Hidden Figures: The American Dream and the Untold Story of the Black Women Mathematicians Who Helped Win the Space Race (2016), this event actually occurred. Mary went “hat-in-hand” to the school board and asked permission to attend classes at an all-white high school. The city granted her permission and she was able to take classes in a non-segregated school.

6. The Renault Type CB Coup de Ville on the Titanic 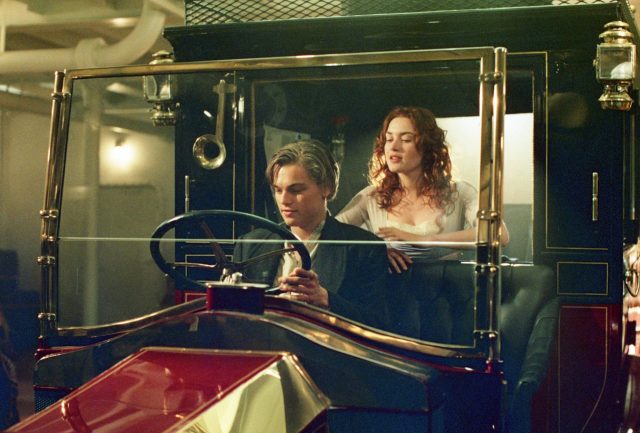 Although the romantic storyline of James Cameron’s Titanic is fiction, he does sprinkle in very interesting Easter eggs throughout the film. One of these Easter eggs can be spotted at the start of the movie, in the ship’s cargo hold.

The vehicle that was onboard the real Titanic belonged to William Carter of Bryn Mawr, Pennsylvania. Carter purchased the automobile while traveling Europe with his wife and children. The Carter family would survive the Titanic disaster, but Carter’s manservant, Alexander Cairns, and his chauffeur, Augustus Aldworth perished.

Since the Titanic has been discovered at the bottom of the Atlantic, several expeditions have attempted to locate the Renault without any luck. Chances are there is not much left of the automobile. 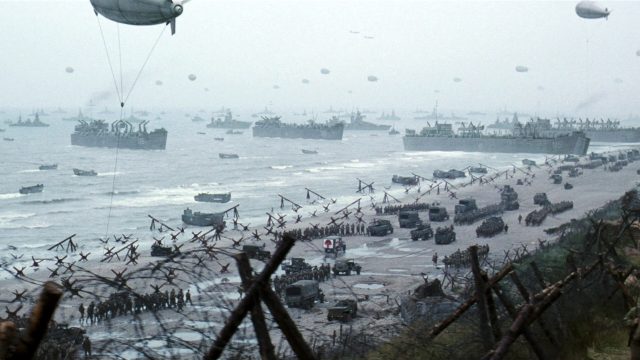 Obviously, Omaha Beach was a big part of the Normandy Invasion in June, 1944. However, did you know that the Omaha Beach Scene in Steven Spielberg’s Saving Private Ryan was so accurate that after the film was released, the Department of Veterans Affairs had to increase staffing on its telephone counseling line in response to a surge in support needed for World War II veterans?

Spielberg took a different approach when filming the Omaha Beach Scene for Saving Private Ryan. He wanted to do the opposite of what previous war movies had done – instead of presenting war as something beautiful, he wanted his opening scene to appear as gritty and real as possible. The Omaha Beach scene caused many World War II veterans to relive the trauma they experienced during the Second World War. 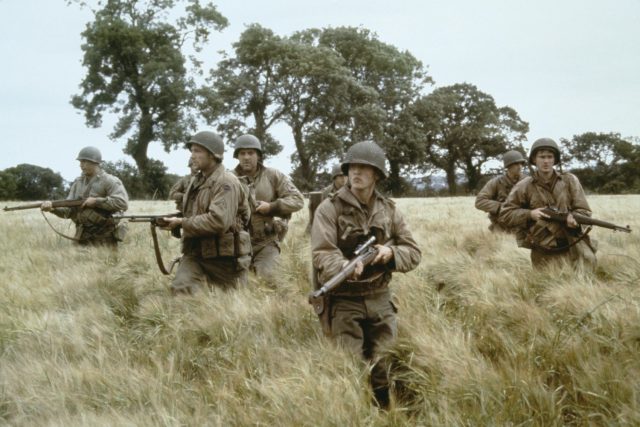 This scene actually pays homage to United States Marine Carlos Hathcock. During the Vietnam War, Hathcock was being shot at by a concealed North Vietnamese Army. Hathcock was able to catch a glimpse of the man’s sniper scope and shot a round through it, killing the Vietnamese soldier. Hathcock is regarded as one of America’s top snipers, and this shot has yet to be replicated.