It’s commonly thought that turkey was the centerpiece dish of the first Thanksgiving feast that took place in 1621. However, historians believe that other dishes, including other fowl and venison, were also served. One food that was also likely a main dish at the feast and was important to the pilgrims but has been largely forgotten in the history of Thanksgiving was an unexpected one: eels.

The pilgrims lived on their ship 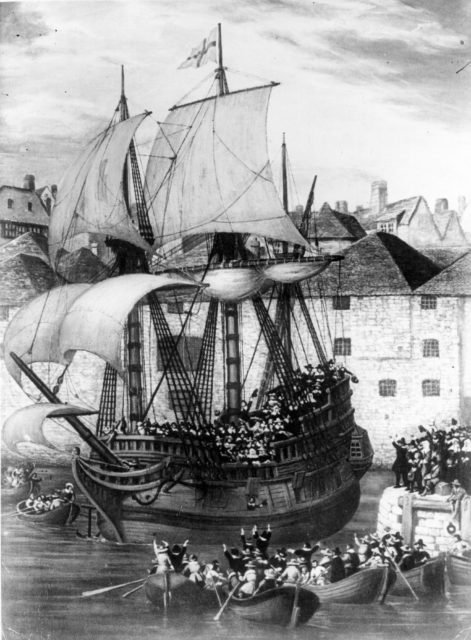 An illustration of boatloads of people waving farewell to the Mayflower as she leaves Plymouth for America, 6th September 1620. (Photo Credit: Hulton Archive / Getty Images)

In September 1620, the Mayflower departed from Plymouth, England, carrying 102 religious separatists and crew members hoping to find a home in the “New World” where they could practice their faith freely. It took 66 grueling days for the ship to cross the Atlantic Ocean, and when they finally dropped anchor, they did so far north from their intended destination, stopping at the tip of Cape Cod.

When they arrived, the freezing New England winter kept them from climbing ashore, as did the hostility they were met with from the local Native American tribes. It wasn’t until March that the pilgrims who survived disease and malnourishment while aboard the Mayflower finally made their way to shore to set up their new village.

Everything changed when the pilgrims met Squanto 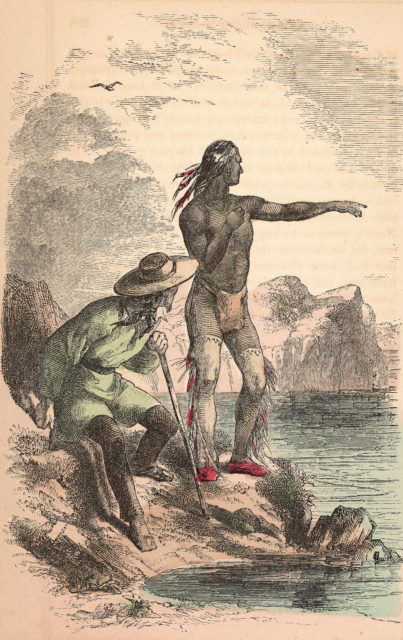 Illustration depicting Native American Squanto (aka Tisquantum, died 1622), of the Patuxet tribe, serving as guide and interpreter for the pilgrim colonists at the Plymouth Colony and Massasoit, circa 1621. (Photo Credit: Kean Collection / Archive Photos / Getty Images)

When the surviving pilgrims came ashore, they had little idea of how to survive in this new environment. They did not know how to hunt, which fruits and vegetables were safe to eat, or how to plant and harvest crops. Survival seemed more difficult than they had originally planned.

It wasn’t until the pilgrims met Squanto (Tisquantum), an English-speaking member of the Patuxet tribe, that their survival seemed more likely. Squanto had been previously captured and sent to Spain as a slave. He escaped slavery, learned English, and boarded a ship back to North America where he discovered his tribe was completely wiped out due to an epidemic that was likely brought on by Europeans. Squanto served as a bridge between the English and the Native American tribes.

When he discovered the struggling Englishmen, he was kind to them and offered them food in the form of eel. He caught as many as he could and gave the fatty fish to the pilgrims. It became essential to their early survival. Not only did he gift them eel, he taught them how to catch it for themselves. He also showed them how to plant and cultivate corn, where to find wild fruits and vegetables, and how to hunt.

The lifecycle of eels makes them the perfect Thanksgiving meal 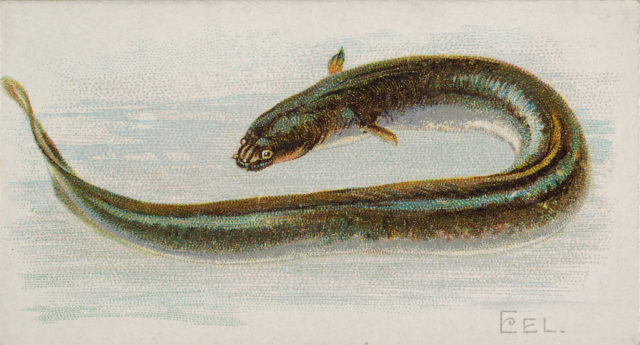 An American Eel, found in freshwaters, was a common meal for the pilgrims who landed at Cape Cod in the 1620s.(Photo Credit: Heritage Art / Heritage Images / Getty Images)

Squanto giving the pilgrims eels made sense given the time during which he discovered the pilgrims. Eels do not like cold water. During the winter, they gather in large numbers to ball up and twist themselves together in the mud. This makes them easy to catch with the forked spears that were typically used by the Native Americans.

Native Americans would also harvest eels in large numbers by building river weirs in the autumn. River weirs arer small-scale dams that raise the water levels in a small area to allow for the build-up of (in this case) the eel population. After the eels were caught, they were dried and smoked for the winter. They provided a long-lasting, reliable food source.

Probably good they are no longer on the menu 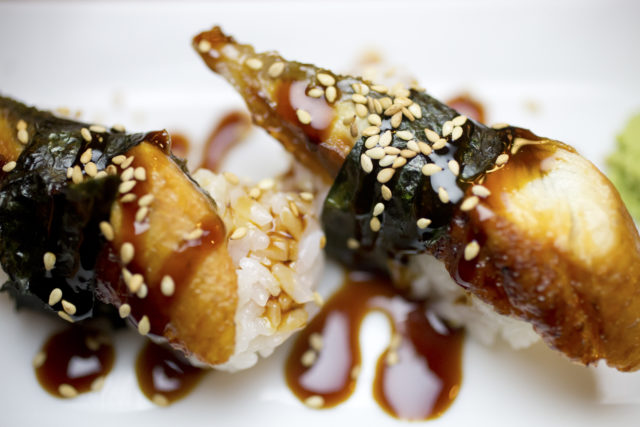 Eel is a common ingredient in Japanese cuisine, including eel sushi, and is a main ingredient of unagi sauce. (Photo Credit: Dünzlullstein bild / Getty Images)

When the first Thanksgiving meal took place the following year, it was very likely that eel was served at the table. The reason eel has been forgotten as an essential food for the pilgrims is likely because the fish doesn’t look very tasty. It is slimy and has a tendency to make people queasy. It’s also likely that the eel became known as a meal for the poor, lowering its status even more at the Thanksgiving feast table.

More from us: The Unusual Dessert Known As Water Pie

It is probably a good thing eel is no longer a part of the traditional Thanksgiving feast, as the American species is now endangered. This is in part due to pollution and dams, as well as high demand for the fish in Japanese cuisine.