Michael J. Fox first became a household name when he starred as Alex Keaton in the popular sitcom Family Ties, but it wasn’t until he took on the role of Marty McFly in the Back to the Future franchise that his career really took off. In the years to come, he starred in many popular films throughout the 1980s and the ’90s.

Fox officially retired from acting in 2020. In an extremely emotional moment, he was honored for his contribution to the film industry and, more importantly, his work in Parkinson’s activism at the 2022 Governors Awards.

In 1998, Fox opened up about receiving a Parkinson’s disease diagnosis in 1991, when he was just 29. He was told then that he’d only have 10 years left to work and that the disease would progress, but it was difficult to know just how much worse it would get. Immediately following his diagnosis, he struggled deeply. He started to drink and fell into a depression. 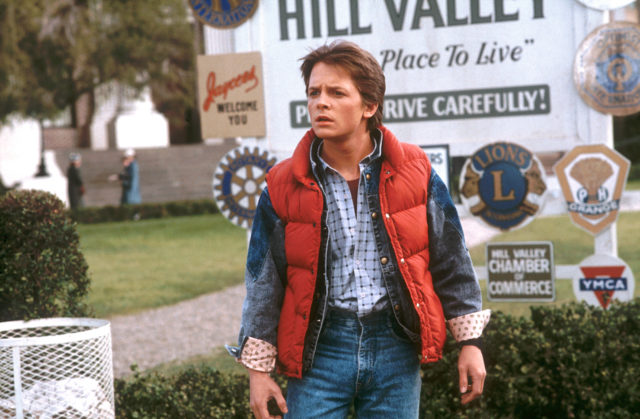 Publicity still of Michael J. Fox as Marty McFly in Back to the Future. (Photo Credit: andrewz/ Universal Studios/ MovieStillsDB)

He expressed that he was essentially in a seven-year period of denial about the news. However, he eventually sought help, attended Alcoholics Anonymous and therapy, and decided that he would finally discuss his condition openly. Fox said that after doing so, “What happened next was remarkable: The outpouring of support from the public at large and the beautiful reaction from all of my peers in the entertainment business.”

It was because of his own experience that Fox decided to found the Michael J. Fox Foundation in 2000, following his retirement from Spin City, to help raise funds to contribute to research. He’s maintained an optimistic front about his own diagnosis as well as about the foundation’s goal to find “a cure within a decade.” 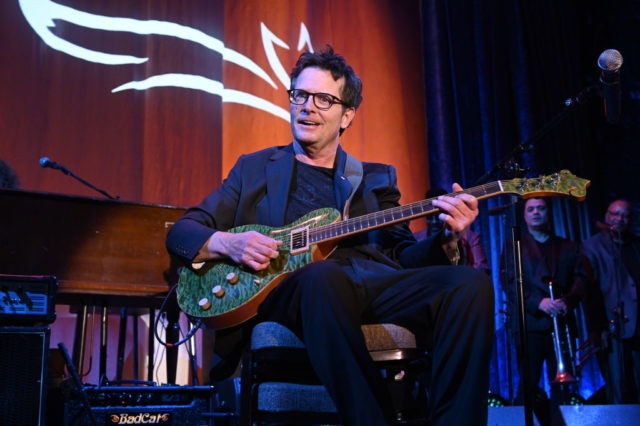 Although this goal has not been met, in the last 20+ years, the foundation has grown to become “the most credible voice on Parkinson’s research in the world.” Furthermore, it is the world’s largest non-profit funder of drug development for the disease. The foundation has contributed over $1 billion toward research as of November 2022.

It is for this tireless research and fundraising that Michael J. Fox was awarded the Jean Hersholt Humanitarian Award, an honorary Oscar given to an “individual in the motion picture industry whose humanitarian efforts have brought credit to the industry.” During his acceptance speech, Fox credited many people and thanked those who supported him from the beginning of his public journey in 1998. “It was transformative.” 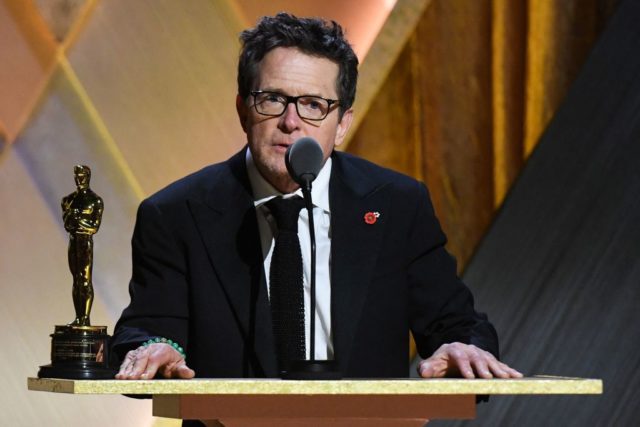 He also thanked his wife of 34 years, Tracy Pollan, who has been with him every step of the way. Before receiving his award, Fox was introduced by his co-star from Doc Hollywood, Woody Harrelson, who had nothing but wonderful things to say of his colleague.

More from us: Elizabeth Hurley Claims It Was a ‘Nightmare’ Working With Matthew Perry

“This guy was a master class in comedy,” Harrelson said. “He turned a chilling diagnosis into a courageous mission. Michael J. Fox never asked for the role of Parkinson’s advocate, but it is his best performance.”