Blythe Danner is an award-winning actress best known for her roles in The Prince of Tides (1991), Meet the Parents (2000) Will & Grace (1998-2020), and many more. She’s also the mother of Gwyneth Paltrow. Previously married to television director Bruce Paltrow, Danner lost him to oral cancer. Now, she’s revealed that she suffered from the same cancer as her late husband. 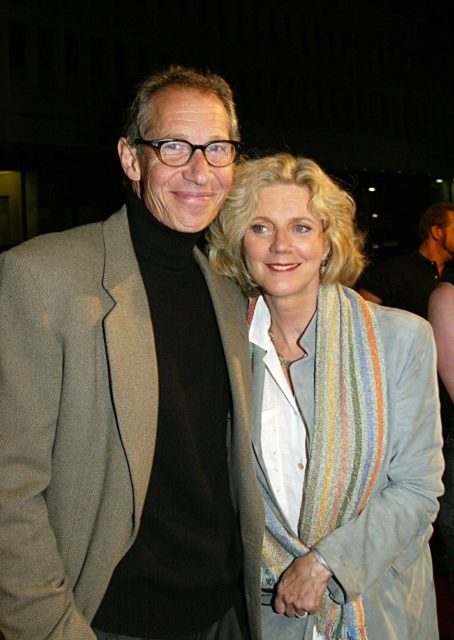 Blythe Danner and Bruce Paltrow got married in 1969 and enjoyed a happy union for 33 years before he passed away in 2002. In 1999, Bruce was diagnosed with throat cancer, which was ultimately the cause of his passing. In 2018, when she was 75, Danner was diagnosed with the same cancer.

“Everyone is touched by cancer in some way, but it’s unusual for a couple to have the same cancer,” she said. Bruce’s death took a heavy toll on Danner and her family. “You never get over that kind of loss,” Danner said. “Bruce was the heart of our family. And life is so much paler without him around. But grief is the price we pay for love.”

“I think we’ve all become somehow stronger. It’s a bit of a crapshoot — this disease and this life. But I’ve had a career, great kids and a loving husband. I’m very grateful,” she said.

It is a ‘sneaky disease’ 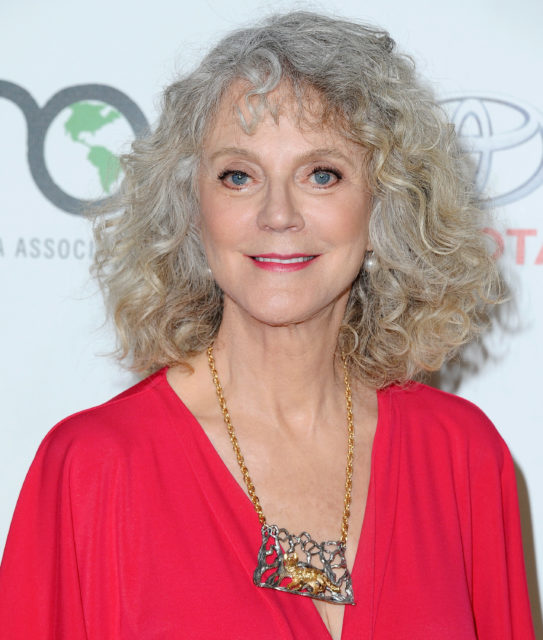 Danner was diagnosed in March of 2018. She recalled hearing the diagnosis: “I remember I looked up at heaven and said to Bruce, ‘Are you lonely up there?'” Danner had adenoid cystic carcinoma, which is a relatively rare form of oral cancer. It differs from her late husband’s disease as it often develops in the salivary glands.

She had been working in London and began to feel a number of strange symptoms, saying she “started feeling very woozy and I was forgetting everything. And then I felt a lump in my neck, right next to where Bruce had found his [in 1999].” She said that the form of oral cancer she had is “a sneaky disease. But I’m fine and dandy now. And I’m lucky to be alive.”

She kept the diagnosis from her children 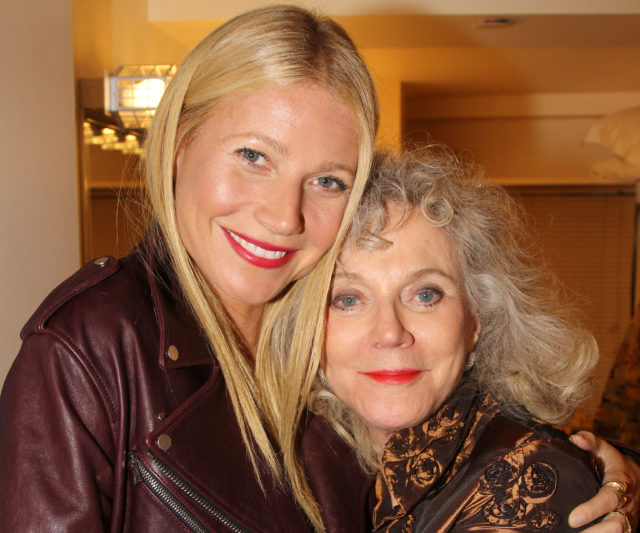 Gwyneth Paltrow and her mother Blythe Danner pose backstage during the opening night of “The Country House” on Broadway on October 2, 2014, in New York City. (Photo Credit: Bruce Glikas / FilmMagic)

When she first discovered that she had cancer, she chose to keep the news from her children. Her daughter, Gwenyth, and son, Jake Paltrow, were completely in the dark about her diagnosis. “I kept it from my kids for a long time,” she explained. “I wanted to forge ahead as a mother, and I didn’t want them to worry.”

Eventually, both children found out about their mother’s health. “I was obviously very shocked,” Gwyneth recalled. “It was scary. And it felt really eerie because it was so similar [to my dad’s].” Danner is not only a mother but a grandmother to four grandchildren – two from Gwenyth and two from Jake. 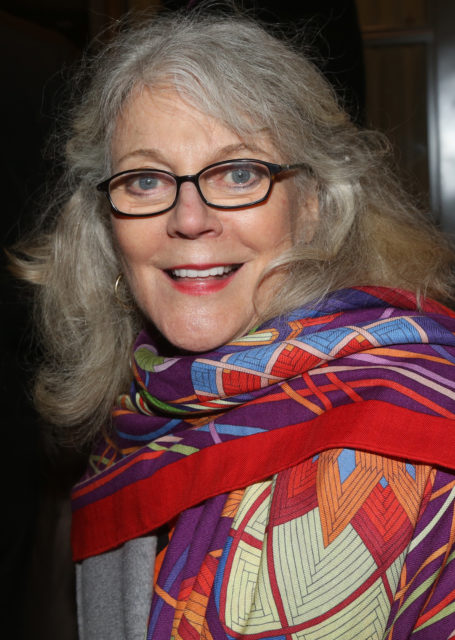 Blythe Danner poses at the opening night of the new play “My Name Is Lucy Barton” on Broadway at The Samuel J. Friedman Theatre on January 15, 2020, in New York City. (Photo Credit: Bruce Glikas / WireImage)

Following her diagnosis, Danner immediately began treatment. She underwent two surgeries early on and spent the next several years exploring and testing alternative methods of treatment. She also received radiation and chemotherapy, and in 2020 had a third surgery.

This third surgery was performed by Dr. Mark DeLacure and the cancerous tissue was successfully removed. “She went through it with so much grace,” Gwenyth said. “I was amazed at how strong she was able to be.” Danner said, “I wasn’t quaking in my boots. I don’t have any fear of death at all.” 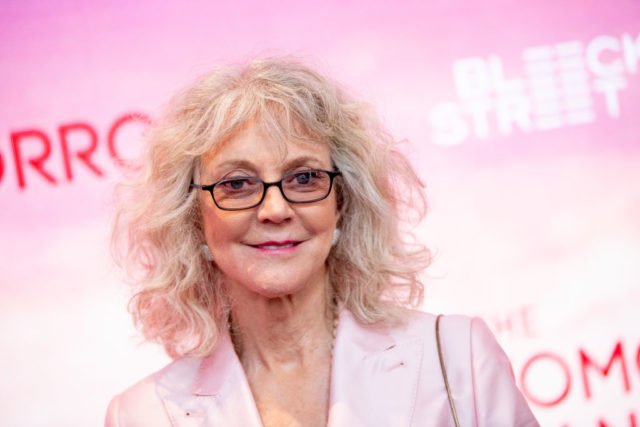 Blythe Danner attends the “The Tomorrow Man” New York Screening at The Robin Williams Center on May 20, 2019 in New York City. (Photo by Roy Rochlin/Getty Images)

Danner is now in remission and she works with the Oral Cancer Foundation to help raise awareness about oral and oropharyngeal cancers.

More from us: Christina Applegate Returns to the Spotlight After MS Diagnosis: ‘Today, I Was Me’

The Foundation’s Executive Director, Brian Hill, says, “Screening for the early signs by a dental professional is quick, inexpensive, and painless.” Early detection is key.