Kate Winslet Revealed Her Stance On ‘Titanic’ Door Debate, While James Cameron Says New Investigation Will Settle Once and For All

Tears flowed when audiences watched Jack give up his place on the floating door to offer Rose a chance at survival following the sinking of the Titanic in the 1997 film. Once those tears were wiped away, fans took a closer look at the scene and realized that the door seemed awfully big for only one person. This sparked a decades-long debate about whether or not Jack could have actually survived the sinking of the Titanic. Kate Winslet finally chimed in to give her opinion on the matter, and James Cameron made a surprising announcement as well.

The door debate has been going on for years 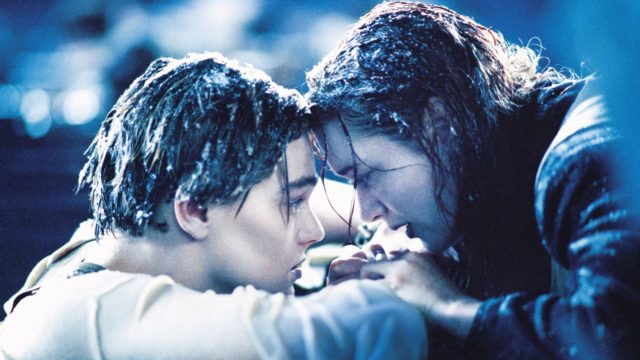 The door debate has been going on for decades following the release of the film in 1997. Could Jack have fit on the door and survived? (Photo Credit: Paramount Pictures / Twentieth Century Fox / murraymomo / MovieStillsDB)

Since the film’s release in 1997, fans have been in an ongoing debate about whether Jack could have fit on the door alongside Rose rather than staying in the water and freezing to death. Many folks have attempted to prove whether or not it was feasible for Jack to survive the Titanic sinking.

On an episode of Mythbusters, hosts Adam Savage and Jamie Hyneman created an exact replica of the door and as they carried out their experiment, they realized there was plenty of space for the two to comfortably rest on it. The problem was buoyancy. The door was unable to support the weight of the two without toppling to the side. However, they discovered that if a life vest was tied to the bottom of the door, it solved the buoyancy problem. Whether or not it was feasible that Jack, suffering from hypothermia, could have tied a life vest underneath the door has also been up for debate.

In Westminster, Australia, a group of students decided to test the math behind the Mythbusters experiment and find out whether it was actually valid. One student explained, “We looked at how buoyant the door would have been, and how that would have changed if there were people on top of that. There was a lot of exploring and testing, and we had to fiddle with different buoyancies and look at what materials were realistic for that time.” In the end, they proved that the math was sound – buoyancy was achievable.

They’ll have to recreate the scene 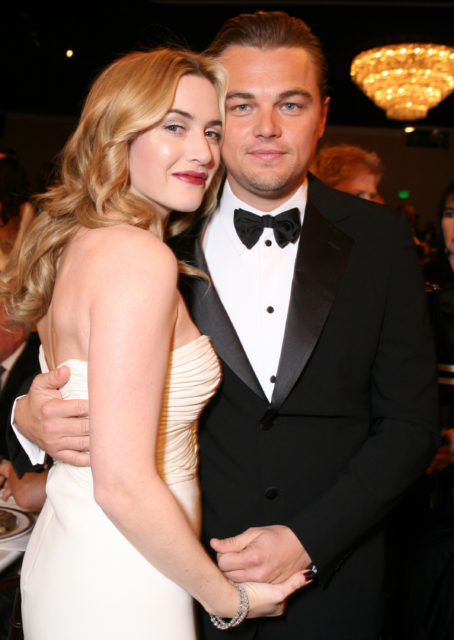 Fans finally turned to Kate Winslet, the actress who played Rose, to see what she had to say about it. “It’s funny, the door seems to have had a resurgence over the last few years. I don’t know why,” she said in an interview.

She’s well aware of all of the different experiments fans have gone through to determine whether or not Jack could have survived the sinking. “People seem to be doing all kinds of experiments as to whether or not they could’ve really fit on the door,” she said. “It’s hilarious. It’s one of those unanswerable questions. We’ll have to just go back there again and see if we could really both get on that door eventually.”

Although Winslet feels they need to hop back into that cold water in order to truly determine whether Jack could have lived, it doesn’t seem likely to happen. Other members of the film have their own opinions on the door debate that would prevent such an experiment from happening. 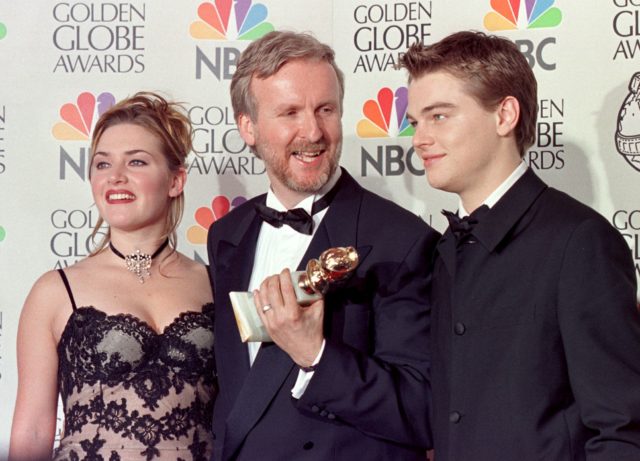 Winslet’s co-star, Leonardo DiCaprio, who played Jack in the film, only has one thing to say whenever he is asked about his opinion on the door debate – “no comment.”

However, one of the people who has remained steadfast that Jack couldn’t have fit on the door is the director of the film, James Cameron. Not only does Cameron know about the Mythbusters experiment, he joined in on the episode! Regardless of the outcome of the experiment, he said there was no possible way Jack could have climbed onto that door. “Look,” he said, “it’s very, very simple: you read page 147 of the script and it says, ‘Jack gets off the board and gives his place to her so that she can survive.’ It’s that simple. You can do all the post-analysis you want.”

Cameron has said that the whole debate is pointless. “I’ve never really seen it as a debate, it’s just stupid,” he said. “There’s no debate. But if you really want to unearth all the [explicit] arguments associated with it…I mean, let’s go back to, could Romeo have been smart and not taken the poison? Yes. Could he have decided not to bring his little dagger just in case Juliet might stab herself with it? Yes, absolutely. It sort of misses the point.”

Marking the anniversary of the film, Titanic: 25 Years Later with @JimCameron will settle the debate once and for all: could Jack have survived? Find out Sunday, February 5 at 9/8c on National Geographic. pic.twitter.com/2SKx5cUagf

Despite Cameron stating that the door debate was a waste of time, National Geographic made a special about the film called Titanic: 25 Years Later with James Cameron. The National Geographic team conducted scientific experiments to finally learn whether Jack could have survived if he’d joined Rose on the door. Simulations of their ordeal, using stunt doubles with similar body types as Winslet and DiCaprio, were used in the experiment which was overseen by a hypothermia expert.

The water temperature the night Titanic sank was 28 degrees. In the Nat Geo test, the temperature was doubled for twice the exposure time in the water.

More from us: The Meaningful Story Behind Mr. T’s Gold Chains and Why He No Longer Wears Them

“We weren’t trying to prove or disprove anything, we’re just trying to say, ‘If you do this, does it make it better?'” said Cameron. He added that after four tests, the team came to “some pretty hard and fast conclusions” that will be unveiled when the special airs on February 5.