Demi Moore’s eldest daughter, Rumer, has made a big announcement that will send the G.I. Jane actress into the next chapter of her life and she could not be more excited. Regarding the new revelation, Demi publicly expressed her happiness for her daughter, as did her other two daughters, Scout and Tallulah.

Demi and Bruce still have a friendly relationship 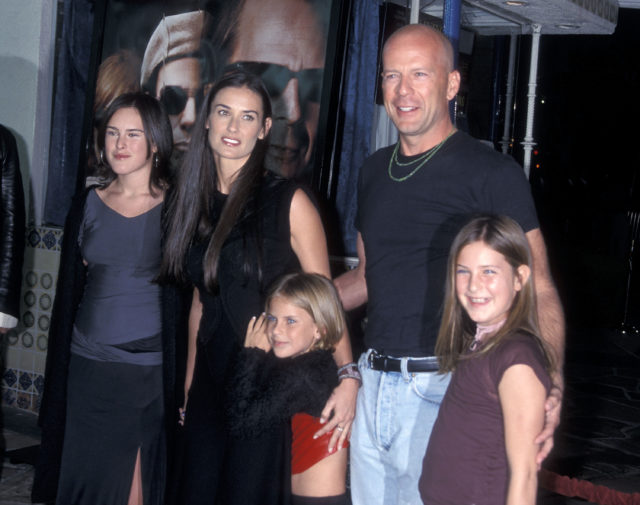 Hollywood heavyweights Demi Moore and Bruce Willis got married in 1987, but their marriage wouldn’t last forever. Just over a decade later, the two separated in 1998. Their divorce was finalized in 2000, but not before they’d had their three daughters: Rumer, Scout, and Tallulah.

Demi and Bruce remained friendly with one another and co-parented their children together. Demi even had a segment at Bruce’s comedy roast 20 years later in 2018. Bruce eventually remarried in 2009, sharing daughters Mabel and Evelyn with his new wife Emma Heming.

Demi also remarried in 2005 – to actor Ashton Kutcher – but the two were unable to have children, and the marriage eventually came to an end in 2013.

Rumer is the firstborn child of Demi and Bruce, and her announcement marks an exciting new chapter in their lives.

Rumer revealed she is pregnant

Rumer revealed on December 20, 2022 that she was pregnant with her first child alongside her boyfriend Derek Richard Thomas the frontman of the indie music band Vista Kicks. The news was announced via Instagram, where she also recently revealed her relationship with Derek.

In the post, Rumer is posed with a pronounced pregnant belly while baby daddy Derek gives it a kiss. She is posed in front of a snowy white window, showing the fullness of her pregnancy thus far.

Rumer’s pregnancy marks the first grandchild for Demi and Bruce. 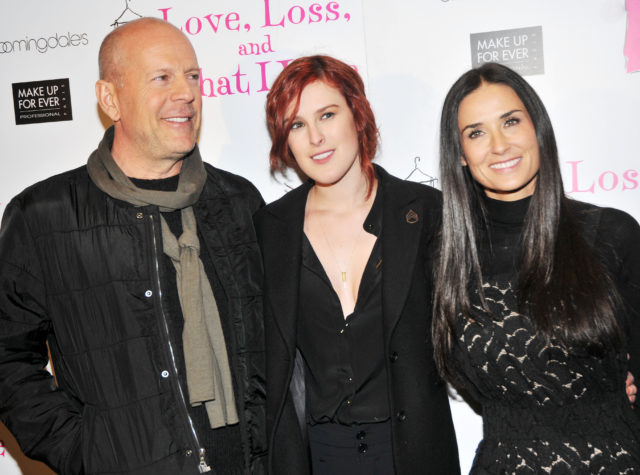 Back in 2020, Rumer shared that Bruce wanted to become a grandfather. She explained, “Over the quarantine, he was like, ‘So I’d like for you to have a son because I need some male energy in this group.'”

“It’s a lot of women, obviously. He has five daughters and my mom and my stepmom. There’s just a lot of female energy,” she explained. “Even then, I’m like, ‘OK, I want to make sure who I do that with.'”

She continued, “But it’s important to wait. I think it’s so important not to rush in and have it be about the lust or about, you know, that immediate connection, then building a real foundation.” With that mindset, it is clear that Rumer knew Derek was the right partner to start a family with.

Demi is entering her next era 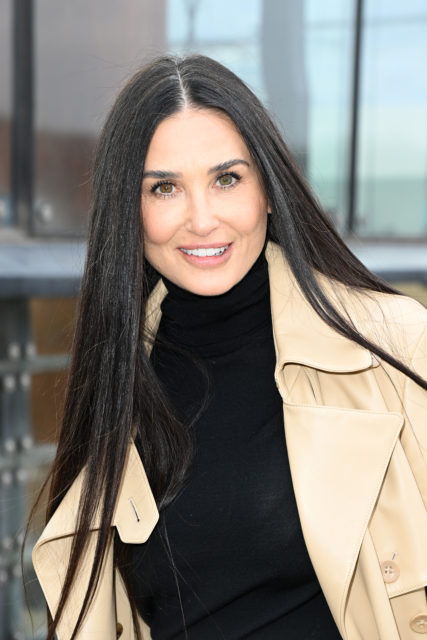 Demi showed her excitement via Instagram as well. She expressed her happiness in the caption, writing: “entering my hot kooky unhinged grandma era.” Rumer responded to the remark, “Love you mama.”

More from us: Revisiting Bruce Willis’s Most Iconic Roles

Demi shared another photo showing all of the women at an ultrasound appointment. “Saying hello to the little nibblet!! Overjoyed for you, my sweet Rumer,” wrote the G.I. Jane actress. “It’s an honor to witness your journey into motherhood, and can’t wait to welcome this baby into the world!”

« Hey, These Facts About Rodney Dangerfield Are Alright
Do Celebrities Always Die in Threes? »