Paul McCartney has opened up to explain how he initially reacted to the death of his former bandmate, John Lennon. Lennon’s death made waves throughout the world, and it was especially felt by those who were close to him. McCartney admitted that it was difficult for him to open up about the pain, and explained that songwriting helped him to cope with his grief.

Lennon’s death was a shock to everyone 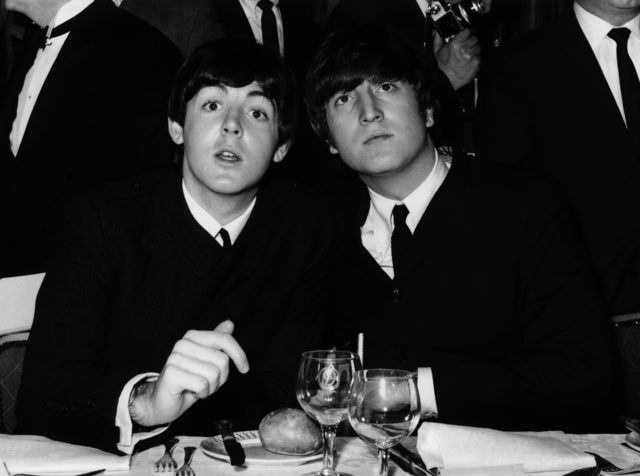 On December 8, 1980, John Lennon died after being shot outside the New York City home that he shared with his wife, Yoko Ono. His killer, Mark David Chapman, had gotten his autograph just hours before. Lennon was only 40 years old when he died, and the Beatles had been broken up for a decade.

His death came as an absolute shock to the world. Fans were devastated. McCartney explained in a 2022 interview on SiriusXM’s The Beatles Channel: “It was difficult for everyone in the world because he was such a loved character and such a crazy guy. He was so special.” However, it was those who knew him closely, like his fellow band members, who were hit the hardest.

McCartney’s emotions following his death were ‘just too deep’ 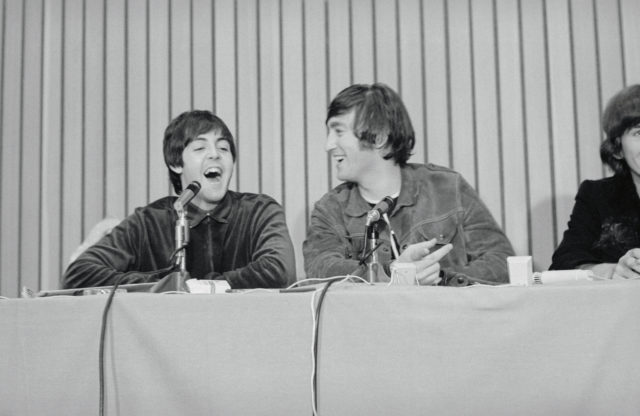 McCartney recalled hearing the news of his friend’s death. “I remember getting home from the studio on the day that we’d heard the news he died and turning the TV on and seeing people say, ‘Well, John Lennon was this and what he was was this.’ It was like, I don’t know, I can’t be one of those people.”

Lennon’s death was especially difficult for McCartney to process, to the point that he “couldn’t really talk about it.” Their friendship was so strong in the early days of the band. Because of that, McCartney said, “I [couldn’t] just go on TV and say what John meant to me. It was just too deep. It’s just too much.”

McCartney wrote ‘Here Today’ while dealing with his grief 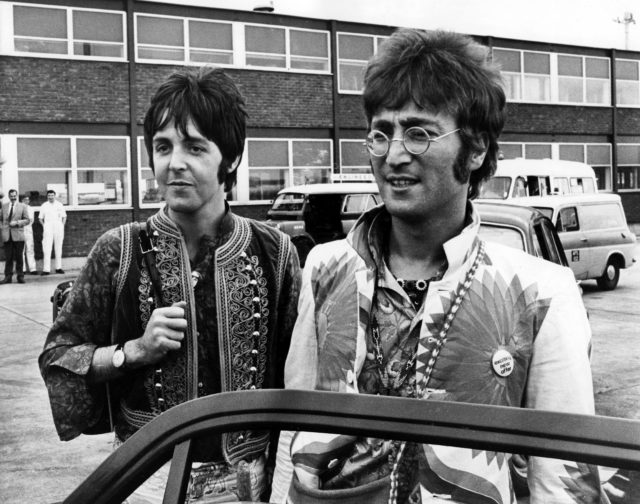 At first, McCartney “couldn’t really talk about it.” Lennon’s death was too much for words. However, he said that”once the emotions had sort of settled a little bit,” he “found a room and just sat on the wooden floor in a corner with my guitar and just started to play the opening chords to ‘Here Today.'”

The song’s lyrics have McCartney asking questions to Lennon and answering them in the way he believed Lennon might have responded. During the interview, McCartney explained some of the lyrics of the song. “‘The night we cried,’ that was to do with a time when we were in Key West down in Florida, and for some reason — I think it was like a hurricane — something had been delayed, and we couldn’t play for a couple of days, so we holed up in a little Motel. So what would we do? Well, we’d have a drink, and we would get drunk.”

More from us: The Heartbreaking Connection Between John Lennon and Paul McCartney

“We got drunk and started to get kind of emotional,” McCartney continued. “On the way to that, there was a lot of soul-searching. We told each other a few truths, you know, ‘Well, I love you,’ ‘I love you man,’ ‘I love that you said that,’ and we opened up. So that was kind of special to me,” said McCartney. “I think that was really one of the only times that ever happened.”

« Jamie Lee Curtis Says She Misses Mom Janet Leigh, Wishes She ‘Could See the Beautiful Family That I Have’
Jamie Lee Curtis ‘Doesn’t Pretend’ There Aren’t Benefits of Being a ‘Nepo Baby’ »