Leslie Howard was one of the biggest movie stars of the 1930s, delving into filmmaking and radio on the side. Aside from numerous other roles, he was also cast as Ashley Wilkes in the 1939 blockbuster Gone With the Wind. When the Second World War started, Howard didn’t enlist, but he was killed in the same way as many Allied airmen when his plane was shot down by the German Luftwaffe.

Gone With the Wind and acting

Leslie Howard was born to Hungarian Jewish immigrants in London, England on April 3, 1893. After attending school, he worked as a bank clerk until enlisting in the army during the First World War. Following a diagnosis of shell shock, he reportedly began acting as a form of therapy for his condition. As it turned out, he was quite good at it and had become a well-known name in the theater scene as early as 1916. 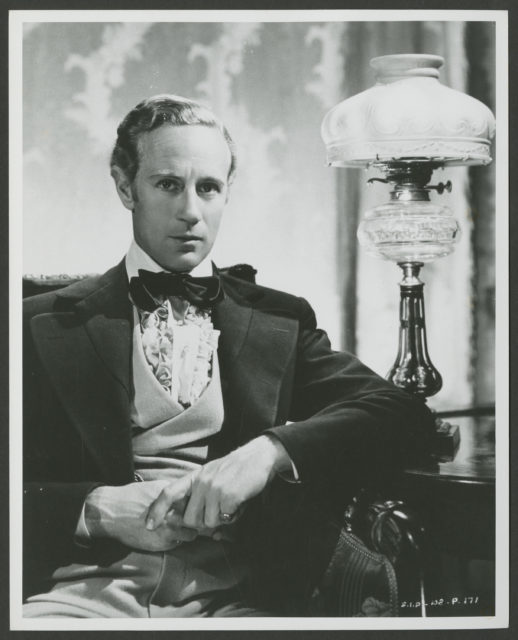 Leslie Howard as Ashley Wilkes in a promotional shot for Gone With the Wind. (Photo Credit: Swot2010 / Warner Bros. and Metro-Goldwyn-Mayer / MovieStillsDB)

Although Howard had a lot of success on stage, he eventually transitioned into film work where he repeatedly took on the role of the ‘perfect Englishman.’ Aside from Gone With the Wind, some of his best-known works were Berkeley Square, The Scarlet Pimpernel, Of Human Bondage, The Petrified Forest, Intermezzo, and Pygmalion. Soon after the war began, Howard made the decision to leave the Hollywood movie scene and return to England.

Shot down by the Germans

Howard hoped that he would be able to do something more meaningful for the war effort, and so he began his short-lived career acting in propaganda films. These included 49th Parallel, Pimpernel Smith, and The First of the Few (also called Spitfire). In April 1943 the actor traveled throughout Portugal and Spain to – according to most sources – give lectures on his numerous films. Before he set out on this venture, he told his wife he had “a queer feeling about this whole trip, but–what the hell!–you know that I’m a fatalist anyway.” 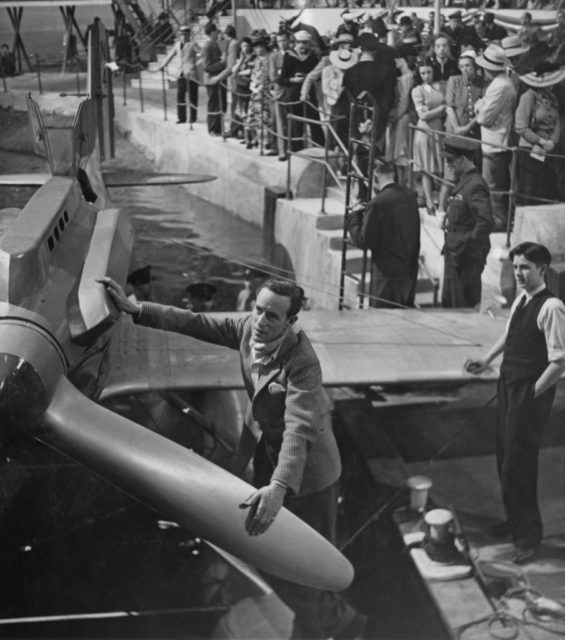 Leslie Howard on the set of the film The First of the Few where he played R. J. Mitchell, the designer of the Supermarine Spitfire, January 12, 1942. (Photo Credit: M. McNeill/ Fox Photos/ Hulton Archive/ Getty Images)

As it turned out, he had reason to be concerned. While traveling back to England on BOAC Flight 777, the wireless operator relayed two messages; first that a mysterious plane was following them, and second that they were “Being attacked by enemy aircraft.” The plane was hit by machine gun bullets and cannon fire and it plummeted into the water, killing everyone on board including Howard and 16 others. Reportedly, the pilots of the six to eight German fighter planes responsible for the attack took photographs of the wreckage before fleeing.

Why was he targeted?

There are many theories about why his plane was targeted given that he was a civilian, albeit a famous one. One belief, published by the New York Times after announcing the flight was downed, was that German agents mistook Howard’s agent Alfred Chenhalls as Winston Churchill due to their similar appearance. Churchill even commented on this theory when writing his memoirs, stating, “The brutality of the Germans was only matched by the stupidity of their agents.” 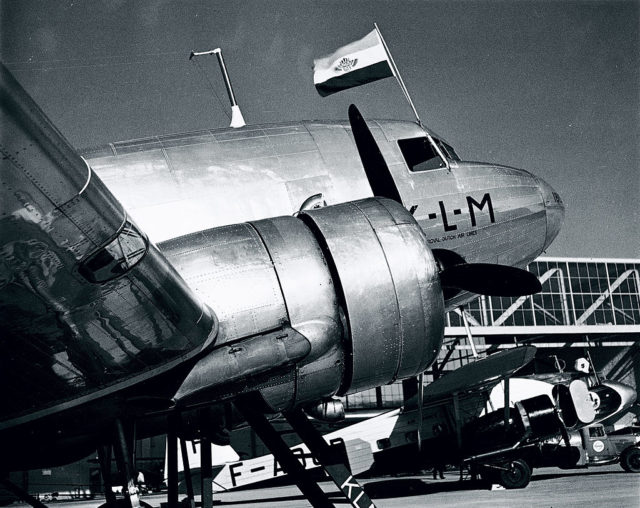 The Douglas DC-3 that Leslie Howard was traveling on when it was shot down on June 1, 1943 over the Bay of Biscay while en route from Whitchurch to Lisbon, 1937. (Photo Credit: SSPL/ Getty Images)

Other theories indicate that Howard was the main target the entire time given rumors that he was a British Intelligence agent. The Germans may have believed he was traveling to Portugal to meet with Spanish general Francisco Franco to get him to join the Allied effort, rather than giving film lectures. A final theory was that his role in Pimpernel Smith, in which his character helps citizens escape from Germany, angered the country’s leadership.

More from us: Did Ava Gardner Have an Affair With Fidel Castro?

Whether this was a reason to kill him or not, the film clearly caught the attention of the Germans. Following Howard’s death, a newspaper published the news with the headline “Pimpernel Smith has made his last trip!” Despite many theories floating around, the reason that Howard’s flight was shot down still remains a mystery – as does whether he really was working as a top-secret British agent.

« Ricki Lake Revealed She Has Alopecia After Suffering Privately For Years
Kukulkan: The Ancient Maya Snake God with a Sacrificial Cult Following »