The Secret to Roman Concrete Has Finally Been Revealed

Ancient Roman buildings have withstood the test of time for thousands of years, and it’s largely due to the type of materials used in their construction. The Roman recipe for concrete has been previously known to include a unique ingredient that’s been credited for its long-lasting properties. However, a different ingredient has been identified and tested and is apparently the true reason for Roman concrete’s longevity.

It was previously thought to be volcanic ash 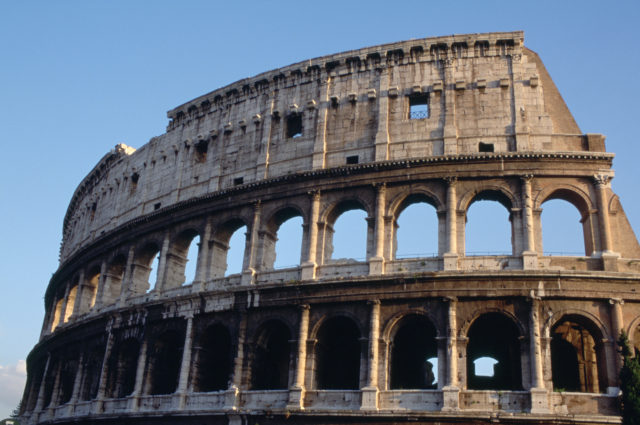 The Colosseum or Coliseum, originally known as the Flavian Amphitheatre, is a giant amphitheatre in the centre of the city of Rome. (Photo Credit: Art Media / Print Collector / Getty Images)

In 30 C.E., the Roman architect and engineer Vitruvius described how concrete of the period was capable of remaining intact for years in his treatise titled De architectura. This document is one of the artifacts that suggested to recent researchers that volcanic ash used in the concrete mixture gave the substance its longevity.

Roman concrete was a mixture of white powder called slaked lime, water, and tephra. Tephra is the ingredient that’s created from volcanic eruptions, with most of it sourced from the area of Pozzuoli on the Bay of Naples. This material was transported all over the Roman empire and was widely believed to be the ingredient that gave Roman concrete its trademark strength.

The mystery ingredient may have been identified 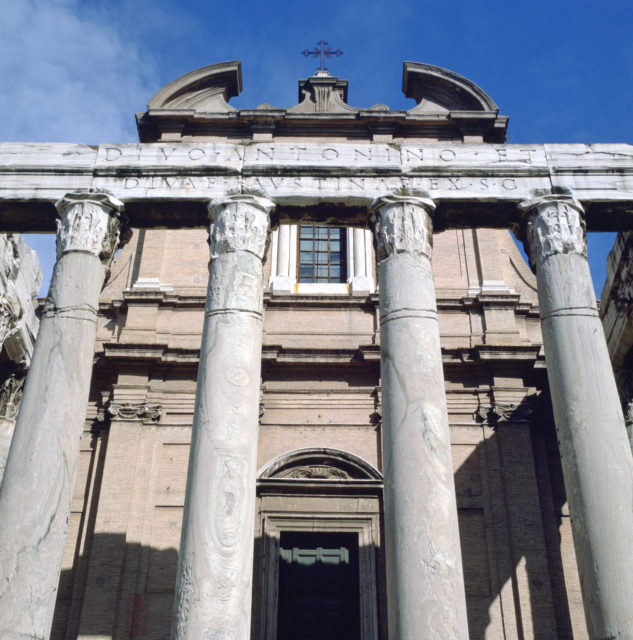 The Temple of Antoninus and Faustina, Rome. It is an ancient Roman temple in Rome, adapted into the church of San Lorenzo in Miranda. It lies in the Forum Romanum, on the Via Sacra, opposite the Regia. (Photo Credit: Art Media / Print Collector / Getty Images)

Researchers from the United States, Italy, and Switzerland have been conducting experiments for years to try and determine exactly what ingredient it was that gave Roman concrete its strength. Previously, scientists believed that small calcium deposits found in Roman concrete, known as lime lumps or clasts, were the result of sloppy mixing. Admir Masic, a chemist at the Massachusetts Institute of Technology, and the rest of the research team were unconvinced by this hypothesis.

Masic and the other researchers set to determine whether adding quicklime to the mixture prior to setting it with water was perhaps the cause of the concrete’s strength. The white powder is created from burning limestone and is highly reactive. It was responsible for producing a chemical reaction in the mixture that created great amounts of heat. This reaction produced those lime lumps in the concrete. 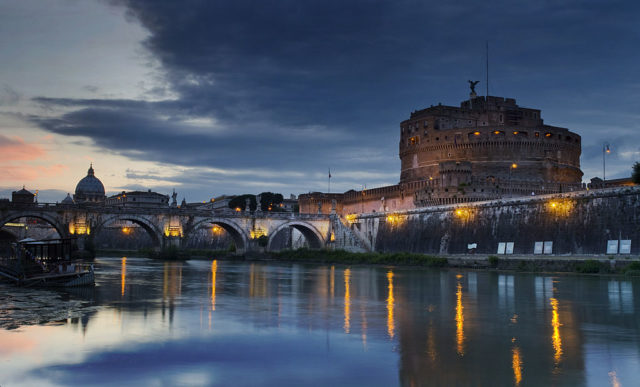 Sunset panorama across the Tiber River to Castel Sant’Angelo in Rome, taken on May 13, 2012. The Castel is well known as the mausoleum of the Roman emperor Hadrian. (Photo Credit: Chris Rutter / Digital Camera Magazine / Future via Getty Images)

“The benefits of hot mixing are twofold,” Masic said during a news release about the discovery. “First, when the overall concrete is heated to high temperatures, it allows chemistries that are not possible if you only used slaked lime, producing high-temperature-associated compounds that would not otherwise form. Second, this increased temperature significantly reduces curing and setting times since all the reactions are accelerated, allowing for much faster construction.”

Researchers were able to conclude that quicklime is the mystery ingredient that caused the self-healing properties that likely aided the longevity of Roman buildings and structures. Many of these, survived thousands of years and are still standing today.

An experiment proved their findings 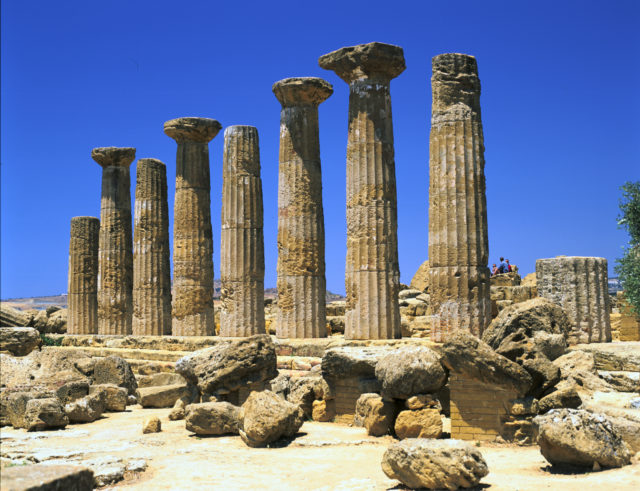 In order to determine whether their hypothesis was correct, researchers made both Roman concrete and modern concrete and tested them against one another. Modern concrete has a lifespan of as little as 50 years before it starts to show signs of decay. It is made from Portland cement, which is a mixture of limestone, clay, sand, chalk, and other materials. The materials are ground and burned at extremely hot temperatures, but it does not seem to provide any long-term strength.

Researchers create samples of Roman and modern concrete and intentionally cracked them. After two weeks of running water through the cracks, they realized that the lime lumps in the Roman mixture dissolved and crystallized. This effectively filled the cracks and prevented any further water from running through them. Modern concrete is unable to self-heal cracks bigger than 0.3 millimeters. Roman concrete was able to do so on cracks up to 0.6 millimeters across.

Modern concrete companies may employ the method themselves 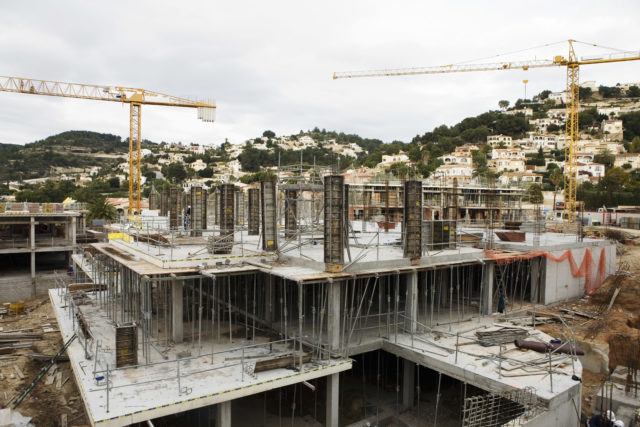 The new discovery could potentially change the future of modern concrete performance. Marie Jackson, a geologist at the University of Utah who studies ancient Roman concrete, was not directly involved in the research conducted by Masic and his colleagues but observed that “Romans made extremely intelligent decisions based on excellent empirical observations. The more we can learn from ancient construction technologies, the better.”

Masic also hopes that the discovery will influence engineers to improve modern concrete mixtures. Apparently, the ancient recipe is less expensive than current self-healing concrete mixtures and could have a major impact on climate change, as cement production accounts for as much as 7-8 percent of greenhouse gases.

One concrete startup company has already adopted the Roman recipe and is testing out its use in modern architecture.