Home Decor Trends That Should Stay in the Past

We’re willing to bet that at least one of these home decor trends was a major fixture in your grandma’s house. While we hope they stay in the past, there are a few styles here that could be making a comeback in the coming years. 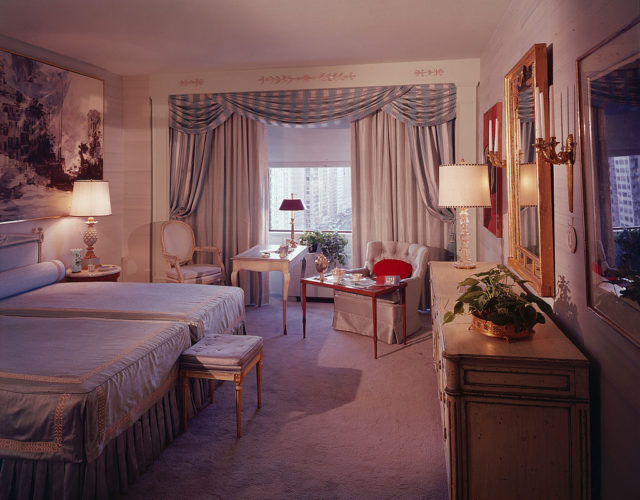 The 1980s brought a slew of over-the-top design trends, but the sheer amount of fabric that adorned each window and bed certainly tops our list of worst styles. One of the most popular fabric applications of the ’80s was curtains, more specifically “valances,” draped adornments that frame the top of the curtains. They were styled after the extravagant bedrooms and sitting rooms of the 18th century.

This excess of fabric was also popular in the Victorian era as a symbol of wealth. 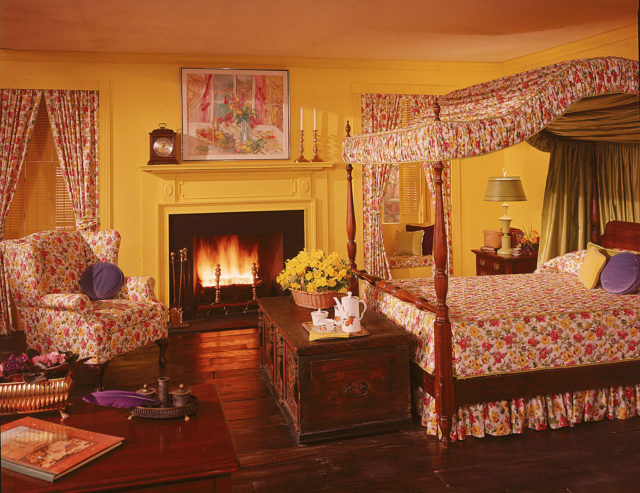 A bedroom interior showing a flowered canopy bed with matching chair and curtains, circa 1985. (Photo by Frederic Lewis/Getty Images) 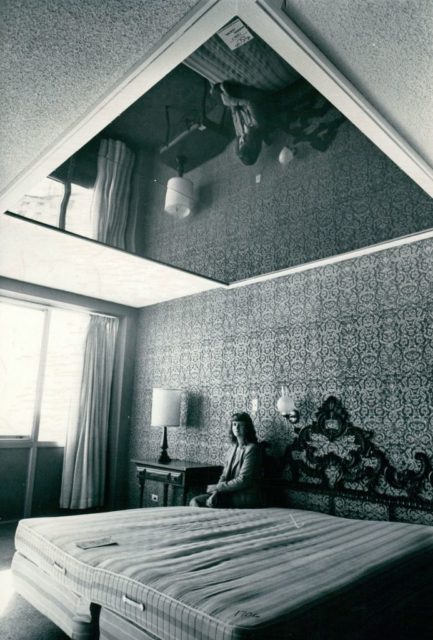 A woman sits on a bed with mirrored ceiling above, circa 1982. (Photo Credit: Denver Post / Getty Images)

Large mirrors can add more light to a space and help a room feel bigger. But for most people who hung giant mirrors on the ceiling above their beds, light and space were likely not the intended effect. For most, ceiling mirrors immediately bring to mind the heart-shaped bathtubs and waterbeds of trashy motel “honeymoon suites.”

The real reason this trend fizzled out is likely because of how impractical it is to install and maintain large, heavy mirrors on the ceiling. Properly installing them takes plenty of manpower and even more money as the mirrors are “glued to a wooden or veneered surface, that has been previously screwed to the ceiling.” Once installed, a custom frame was also added on top of the mirror for a more polished look. 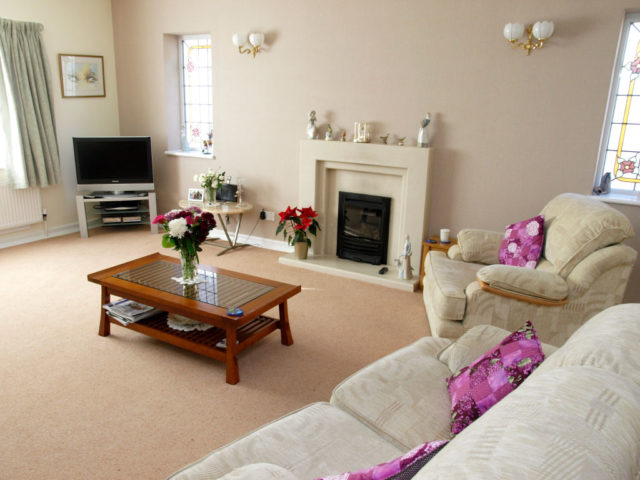 Neutral colors are a go-to for most homeowners as an easy way to refresh a space and provide a canvas that allows for pops of color using accent pieces. In more recent years, cooler-toned neutrals have replaced the standard beige color that became popular throughout the 2000s. Beige-colored furniture and textiles have also largely been swapped out for less washed-out pieces that pop in a room.

Some designers believe that beige is making a comeback, but with richer and more deliberate tones. 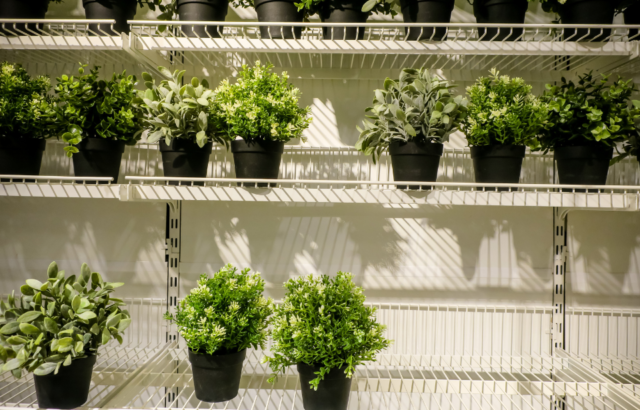 Nothing screams “1990s doctor’s office” quite like the iconic fake ficus tree in every waiting room that hadn’t been dusted in years. While fake plants offer a refreshing pop of color and are easier to care for if you don’t have a green thumb, plastic-looking plants and flowers age a space and add allergens by attracting hard-to-remove dust.

Live plants, on the other hand, are just as beautiful while also cleaning the air and helping the environment by reducing the amount of plastic being produced. 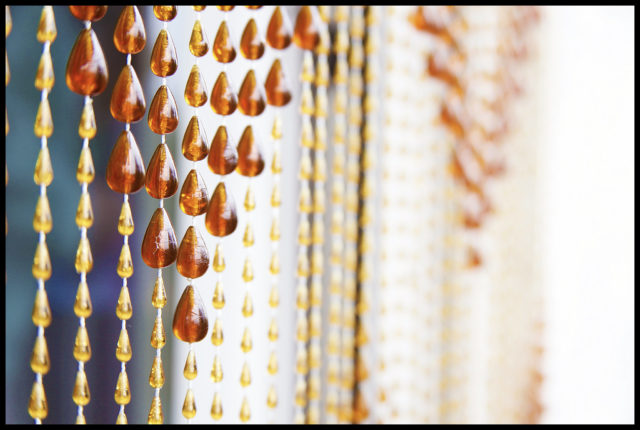 Beaded curtains first became trendy in the 1960s and ’70s, and have stuck around as a groovy reminder of the peace and love movement. They can spice up a vacant doorway and add interesting textures and colors, but beaded curtains have largely been left in the past for being impractical and tacky.

Beaded curtains have made a slight comeback thanks to re-invented styles that transformed the standard design into wall art that works with today’s trending boho style. 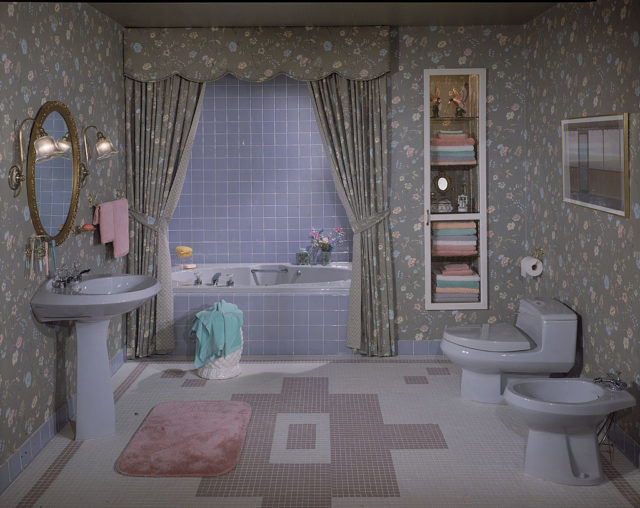 An interior view of a bathroom with matching flowered wallpaper and shower curtain, circa 1985. (Photo Credit: Frederic Lewis / Getty Images)

The powder pinks and muted greens popular in the 1980s and ’90s match the soft and feminine style of the era, but when combined they can make a room look dingy and washed out.

Both green and pink are still popular colors, but current trends show that richer, darker greens and more vibrant pinks can add softness without dulling other features in the room. 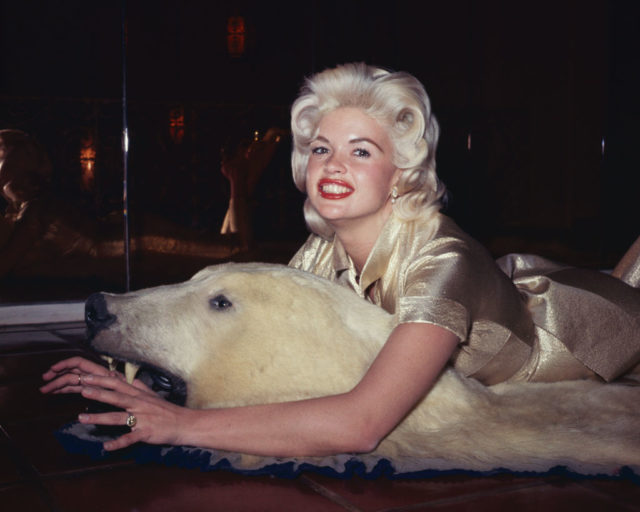 We’re glad that the animal rug trend is gone – especially when it comes to endangered species like polar bears and tigers! Not only are animal skins no longer in style, but more people are also outwardly opposed to the idea of owning hides and other animal decor as shifting attitudes toward the environment have put a spotlight on poaching.

Plus, new synthetic materials have made it easier and cheaper than ever to produce realistic faux fur and rugs! 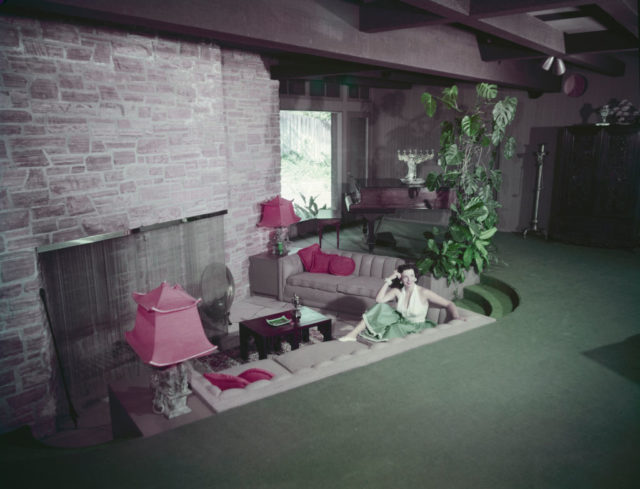 Jane Russell in the sunken living room or ‘conversation pit’ at her home, circa 1950. (Photo Credit: Archive Photos / Getty Images)

First popularized as a centerpiece for the influential Miller House by modernist architects Eero Saarinen and Alexander Girard, the conversation pit has become one of the most iconic fixtures of the ’60s “mod” home. The sunken-in living spaces offered an intimate area in the home for entertaining and spending time with loved ones, but could also be dangerous if you weren’t watching your step on the main floor.

Many homes with this unique feature have filled the pits in to create a uniform level. 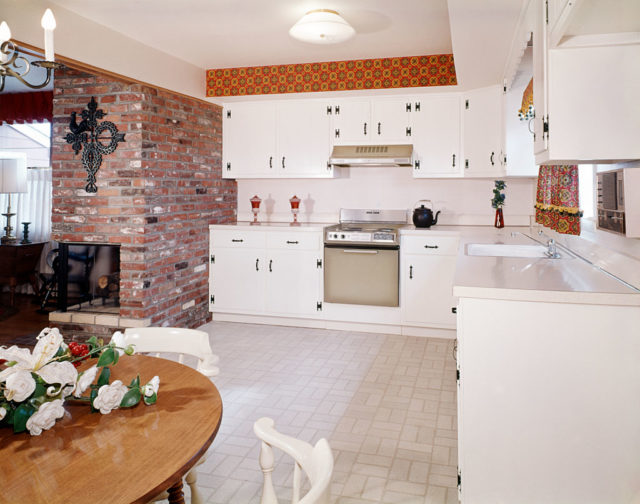 When it was first invented in the mid-1800s, linoleum offered homeowners an innovative solution to hard-to-clean wooden floors in messy spaces like the kitchen. At the time, the material was expensive but came in a variety of colors and patterns for a custom look. By 1918, one company offered 380 different linoleum designs.

More from us: These Historic Homes Were Built Out Of Spite

Linoleum remains a reliable option for kitchens and bathrooms, but more modern designers have traded out the traditional linoleum look for wooden flooring and stone lookalikes. It could be that the widespread use of linoleum in schools and other buildings has also made it less desirable for residential use.