Julius Caesar is one of the most famous politicians and generals of ancient times, not just for how he lived and the laws he invoked, but for how he died. He met his end at the hands of his senatorial colleagues on the Ides of March, March 15th, 44 B.C. They did away with him because they could see no way forward for Rome as a republic with Caesar at the helm; by then he had become a dictator who ruled with an iron fist. Caesar had become paranoid and saw enemies everywhere, and in fact he was probably correct. The senate saw no other recourse but to get rid of him, and they did so in a very public and infamous way.

The location of Caesar’s final moments have laid in ruins in the Largo di Torre Argentina. A site that became a shelter for stray cats. Now, the location is scheduled to undergo renovations and become a tourist draw. This is not the first time such a proposal has been put forward; however, local officials are optimistic this plan will be followed through on, unlike the others. In 2012, Spanish architects claimed they’d found the precise spot of Caesar’s end, and suggested a renovation project happen the following year. Those plans came to nothing. 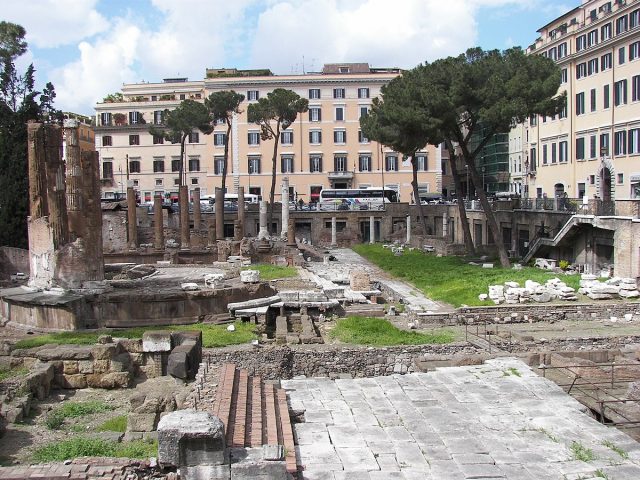 Perhaps not surprisingly, one of the champions of unearthing sites associated with Caesar was a dictator himself — Benito Mussolini, who ruled Italy before and during the Second World War. Under his authority, several locations that Caesar habituated were restored, including four ancient temples and the senate area at which he and other politicians held hearings. But Italy is not in a financial position to devote funding to this at the moment. 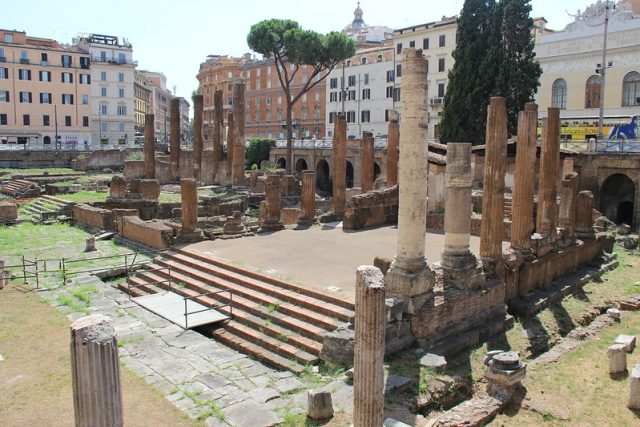 That’s why wealthy Italian businesses are stepping up to help, like Bulgari, the designer of watches, jewelry, leather goods and other fine accessories that plans to pony up money toward the project. Bulgari has donated to restoration projects before, giving 1.5 million Euros to the restoration of Rome’s fabled Spanish Steps a few years ago. If this project goes through as planned, officials hope it will open to tourists in 2021. 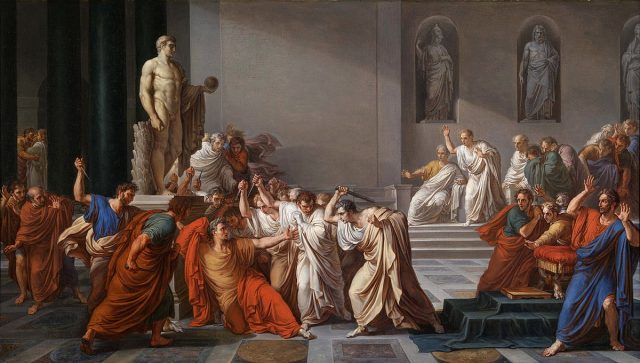 The Death of Caesar by Vincenzo Camuccini

Caesar was, and is, a controversial figure in Rome’s history. Though recognized as a brilliant general and skilled politician, when he began to develop autocratic leanings his fortunes began to change. He ruled as a dictator for 10 years after appointing himself as such, and was nonetheless popular with some citizens for his attempts to improve life for the lower classes. But when he appointed himself dictator for life, in 44 B.C., “the die was cast,” to paraphrase one of Caesar’s more famous quotes.

His senatorial colleagues had had enough, and decided Caesar had to be removed, not just from office but from Roman life altogether. On March 15th that year (forever known now as the Ides of March) they gathered in the Senate and pierced Julius Caesar 23 times under the shadow of a statue of Pompey, one of his fiercest political adversaries.

Of course Caesar is well known not just in historical circles, but in theatrical ones as well, thanks to William Shakespeare’s play, “Julius Caesar,” which tells the story of the man’s rise and fall. And he is on the curriculum of many schools, not just in Europe but on other continents as well.

Related Article: The Forgotten Son of Caesar and Cleopatra

Whether the project will get underway on time remains unclear. But in a nation so famous for its history and archaeological sites, no doubt the undertaking will, sooner or later, be put back on Rome’s agenda and work will begin.