You Shudder Been There: Why Elvira Is Mistress Of The Dark

Elvira is a horror-fuelled phenomenon. Also known as actress Cassandra Peterson, she’s been introducing audiences to all things frightening for decades.

But what’s the true story behind this fearsome yet fun icon? Let’s check out what we know so far about the unmistakable Mistress Of The Dark… 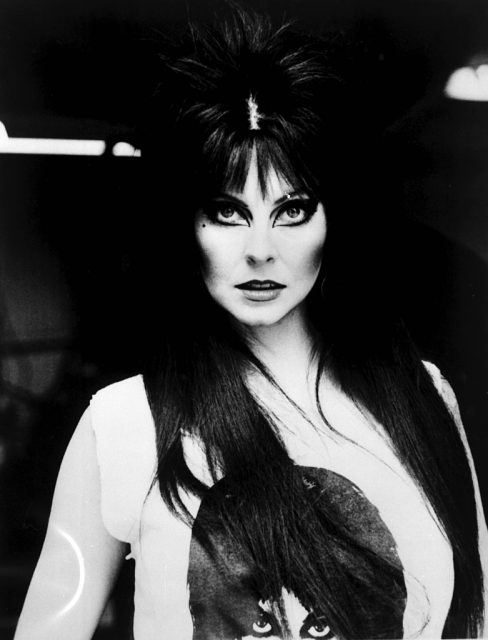 Peterson experienced real-life horror as a child, when she accidentally scalded herself with a pan of boiling water.

The burns resulted in skin grafts. According to Screen Rant, she injured “roughly thirty-five percent of her body, with the most severe burns occurring on her neck and shoulders”.

Terrible though this was, it led to Peterson using humor as a defense mechanism against childhood bullies. The character of Elvira was partly shaped by the accident.

Plus, her famous costume is skimpy but in a particular way. As Bloody Disgusting puts it, the dress “covers just about every bit of skin sporting scar tissue.” 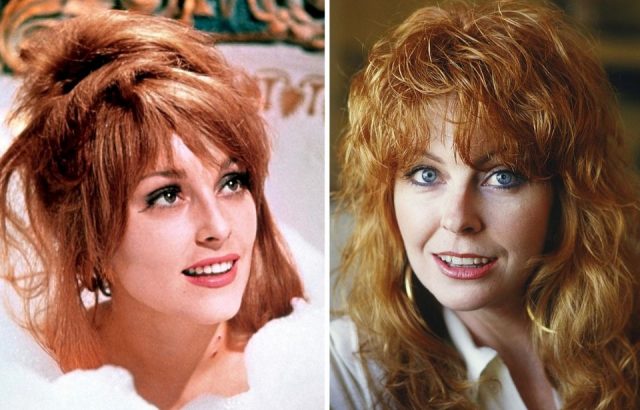 Elvira mixes Gothic glamour with vampy vibes. If Peterson had followed her original idea, however, the hostess with the ghostess might have looked quite different.

Bloody Disgusting mentions that she wanted to model her appearance on actress Sharon Tate in The Fearless Vampire Killers, directed by her husband Roman Polanski in 1967. Tate – who tragically became a victim of the Manson Family – was later portrayed by Margot Robbie in Quentin Tarantino’s Once Upon A Time In Hollywood.

Tate’s character in Polanski’s movie was a redhead, with a very pale complexion. Producers weren’t keen on Elvira adopting this look, so Peterson went dark.

Peterson grew up around costumes, thanks to her shop owner mother. And she had a very definite reaction to an artist’s conceptual drawing when starting out as a host.  As recalled to Time in 2014, her exact words were: “There’s no way in hell they’re going to let me on TV in that.” Turned out she was wrong! 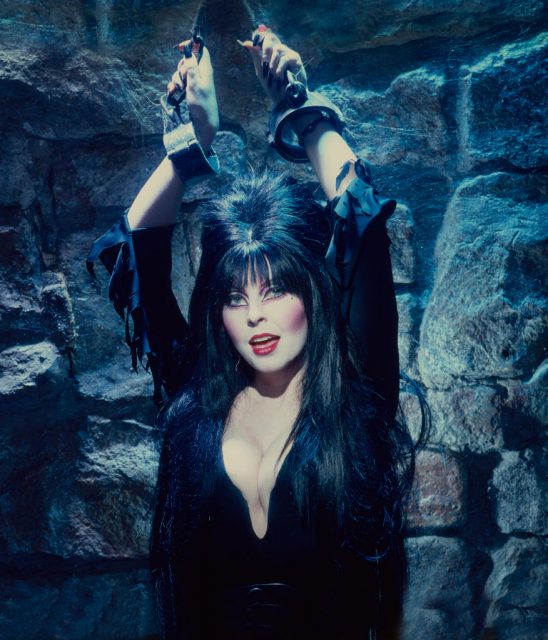 While you might think Elvira would enjoy the company of Michael Myers and Jason Vorhees, it really wouldn’t be the case.

This dedicated horror nut reportedly can’t get on board with slasher flicks. Bloody Disgusting writes about Elvira’s view on body count-heavy efforts like Halloween. For her, they’re “more in line with the nightly news” than a scary good time. 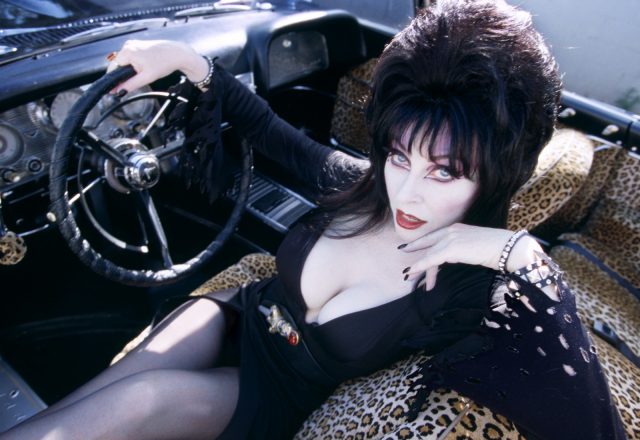 The mere presence of Elvira arouses more than idle curiosity. That said, she isn’t interested in baring it all.

When Hugh Hefner asked her to pose for Playboy, she declined to enter the realm of the bunny girls. Screen Rant notes that she took her cue from a surprising source… Elvira fans. We have them to thank for steering Peterson away from Hef when she asked them directly about the offer at a convention.

A million dollars was apparently on the table. Yet her fanbase, and her integrity, won out. 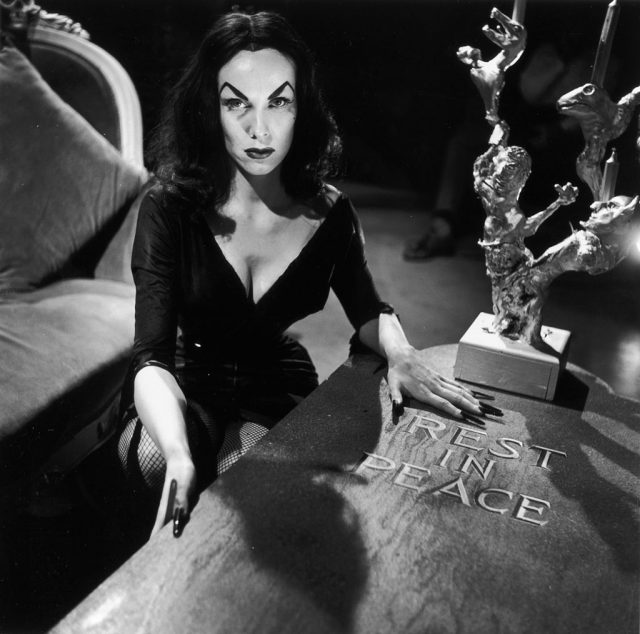 If you think Elvira and predecessor Vampira look a little similar, then you’d be right. Peterson reportedly took elements of Vampira when putting her own creation together.

Vampira was played by Maila Nurmi, who starred in Ed Wood’s infamous B movie ‘classic’ Plan 9 From Outer Space (1957). She too was a hostess of horror and saw Peterson as muscling in on her act. Legal action was taken, though the case was hammered to death by a judge.

Ghoulish good looks aside, Peterson and Nurmi share a few career details. For example, they were both pals with Elvis Presley. Peterson worked as a showgirl at the time.

Twenty Daily refers to the King’s appraisal of her musical talent. He reportedly stated: “You have a pretty decent voice. Why don’t you get into singing?” This helped launch her on a highly rewarding creative path, as we’ll later discover.

She was a Bond girl (kind of) 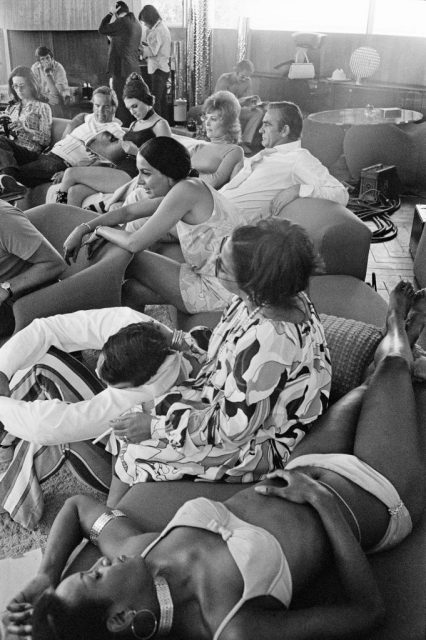 The future Elvira appeared in a small role opposite Sean Connery in Diamonds Are Forever (1971). Uncredited and described as “Dancer,” she wasn’t up there with Vesper Lynd and Pussy Galore. But it’s still a cool entry on the resume of this pop culture icon. 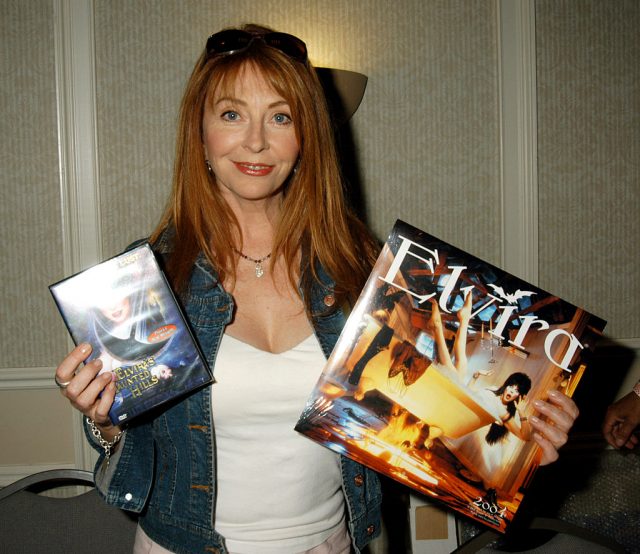 She’s appeared in various game-based roles over the years. Three video games were produced, together with three pinball machines.

Elvira has even become part of the Call Of Duty franchise and was featured in Infinite Warfare “Absolution” from 2017.

The Price was right 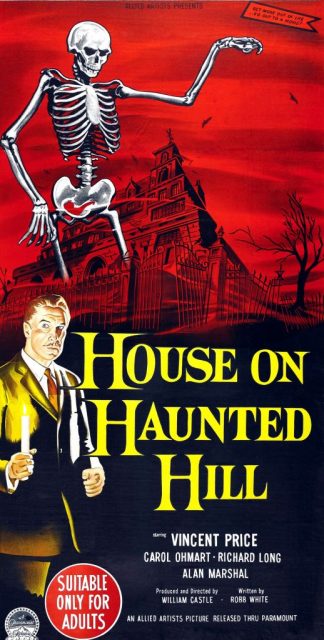 As well as being pals with the likes of Elvis, Peterson was a friend of horror movie stalwart and celebrated actor Vincent Price. It was his House On Haunted Hill (1959) that first got her hooked on the genre.

He also had a bearing on Elvira’s persona. Bloody Disgusting writes that she’s “a cross between Price and actress Mae West.”

Before the fear came Fellini 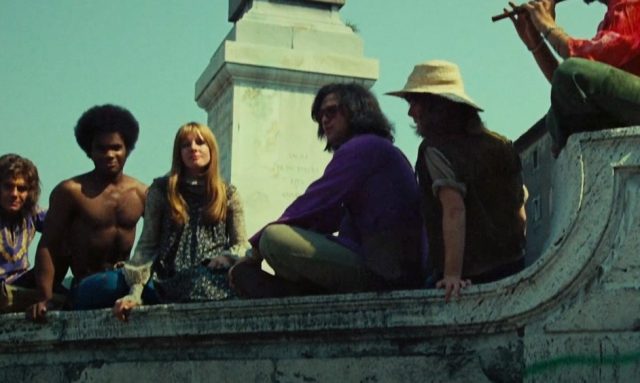 Following encouragement from Elvis Presley, Peterson took up singing. She caught the attention of respected Italian filmmaker Federico Fellini, who cast her in his 1972 comedy-drama Roma (1972). Peterson lived in Italy at the time, where she was lead vocalist with two rock groups, I Latins 80 and The Snails. 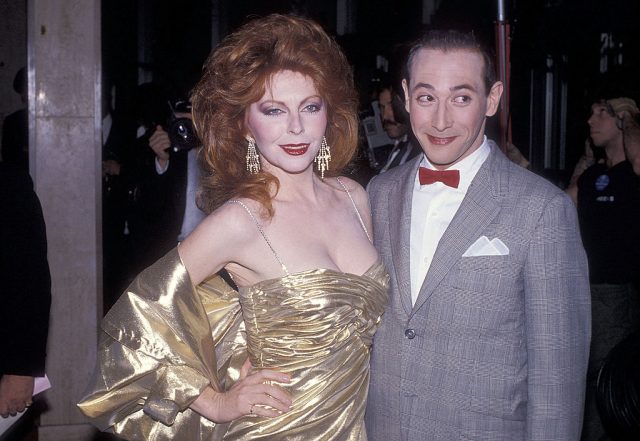 Cassandra Peterson met performer Paul Reubens at the famous Groundlings comedy troupe. He would go on to create his own sensational character, Pee-wee Herman.

For Herman’s big-screen debut Pee-wee’s Big Adventure, directed by Tim Burton in 1985, Reubens invited Peterson along to play the role of Biker Mama. She features in the famous “Tequila” sequence.

Peterson’s biggest screen credit came as her alter ego in the comedy Elvira: Mistress Of The Dark (1988). On co-writing duties was John Paragon, who played Jambi the Genie on Pee-wee’s Playhouse, among other roles.

Peterson and Paragon also worked together on the sitcom pilot The Elvira Show in 1993. Paragon passed away earlier this year.

Her career won’t be slain 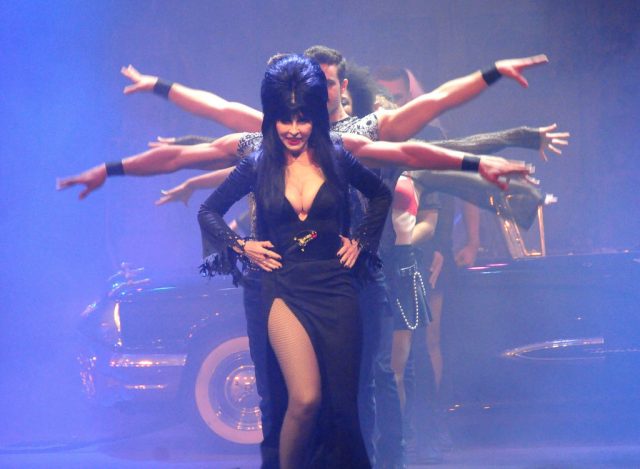 More from us: Dolly Parton Facts To Help Us Get Through Our 9 To 5

“I say I’m going to quit every decade,” Elvira told Time. To date, she’s been scaring and amusing fans for 40 years. There’s now talk of an animated feature film based around the character.