From Bad To Worse: The Worst Films Of All Time, According To Rotten Tomatoes

When deciding what movie to watch, it is always helpful to take a peek at different reviews. It is nice to know if a movie is worth spending a few hours of your life watching or if it’s better to move on and look at a different option. We’ve compiled a list of some of the worst movies of all time, according to rankings on Rotten Tomatoes, so we can all spend less time choosing a movie just for it to wind up being bad! 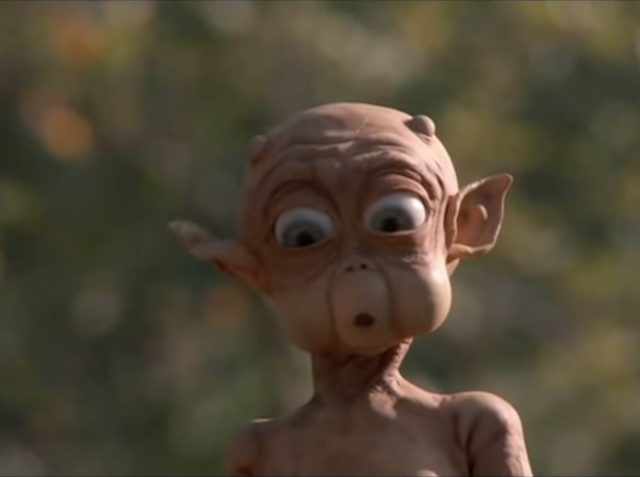 The alien “Mac” from Mac and Me. (Photo Credit: YoNoEntiendo via Youtube)

Not only is Mac and Me a knockoff of the movie E.T. The Extra-Terrestrial, but it is also essentially a 99-minute long commercial promoting Coca-Cola and McDonald’s.

The movie is about an alien named Mac (which stands for Mysterious Alien Creature) who befriends a young boy in a wheelchair named Eric Cruise. Together, Mac and Eric embark on a journey to find Mac’s family. Although (and perhaps because) the movie is considered to be one of the worst films ever made, it has now become a cult film. 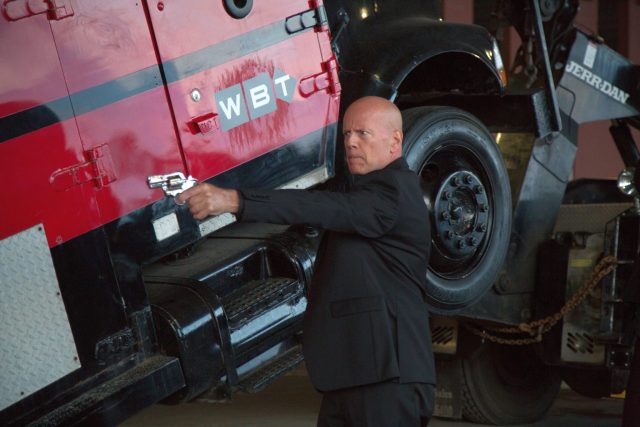 Sometimes, even if you can get a huge actor to star in a movie, the project will still flop. Such is the case with the 2016 film Precious Cargo, starring Bruce Willis. The movie follows Eddie Filosa (played by Willis) who convinces a thief named Jack to steal diamonds in exchange for a woman who wronged him.

Critic Peter Bradshaw, writing for The Guardian, called Precious Cargo a “straight-to-video nightmare is all that’s on offer here” when reviewing the movie in 2016. Similarly, critic Mathew Bond wrote on Rotten Tomatoes that “the acting is as underwhelming as the screenplay is under-polished, and although the action does pick up towards the end, there is an underlying misogyny that leaves a distinctly nasty taste.” It definitely seems like Bruce Willis should have known better for this movie. 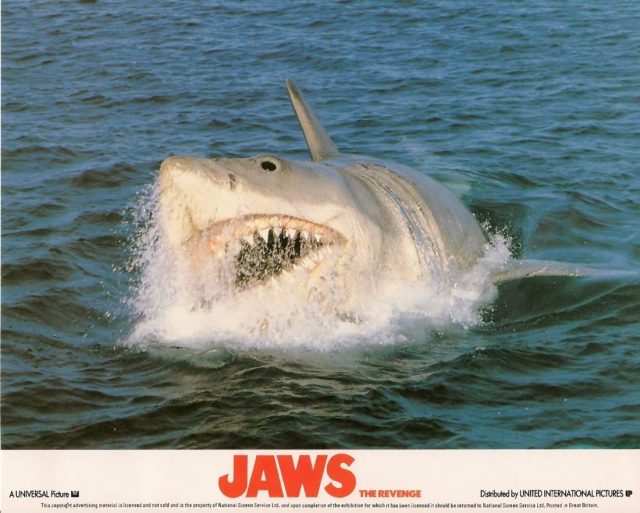 Jaws: The Revenge, otherwise known as Jaws 4, is the third sequel to Steven Spielberg’s original Jaws movie that came out in 1975. The general theme with sequels is that they are never as good as the original, and such is the case with Jaws 4. In fact, Jaws 4 was the final straw in the franchise because it did so poorly.

The movie follows a now-widowed Ellen Brody (played by Lorraine Gary), who believes that a great white shark is trying to get revenge on her family, even following them to the Bahamas. Critics “bit into” this movie, originally receiving a 0% on Rotten Tomatoes, though the ranking now sits at a 3%. Critic Sheila Benson, writing for the Los Angeles Times, stated that the movie was “dumb beyond belief, hollow, bloody, and nonsensical, it’s Universal Studios’ vanity movie, a way of providing employment yet again for its Great White icon.” Oh, how the “great” have fallen! 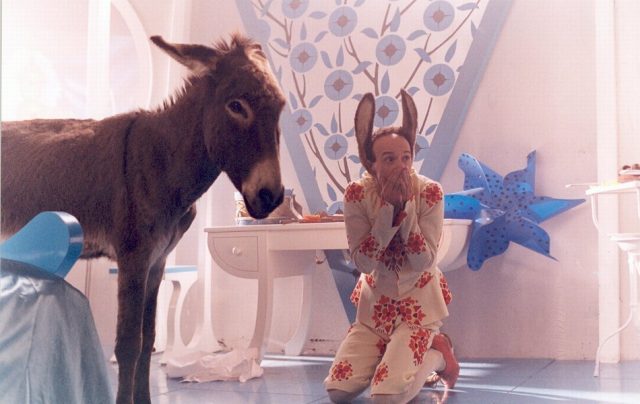 In my opinion, Disney’s 1940 cartoon version of Pinocchio was already a terrifying story, so seeing it come alive with real actors is not something I am trying to watch. Regardless of the fact that it’s a horrifying story, the reviews all dub the film creepy, which is enough for me to avoid the film forever.

Interestingly enough, Pinocchio is played by Roberto Benigni, who won an Academy Award for Best Actor for his work in the 1997 movie Life Is Beautiful. It hurts us to admit it, but his role in Pinocchio is certainly a long fall from grace in our opinion. 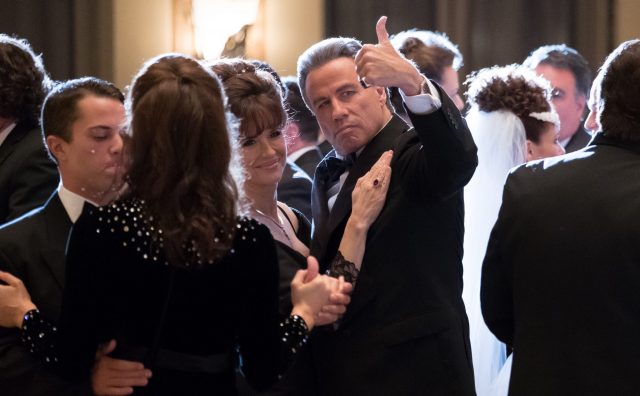 Although John Travolta is giving a thumbs up in the picture above, the movie Gotti deserves two thumbs down. Gotti, which is a fairly recent movie released in 2018, stars John Travolta as the New York mobster John Gotti.

The film was a huge disappointment, both commercially and critically. Its production budget was $10 million, but it grossed only $6 million worldwide. 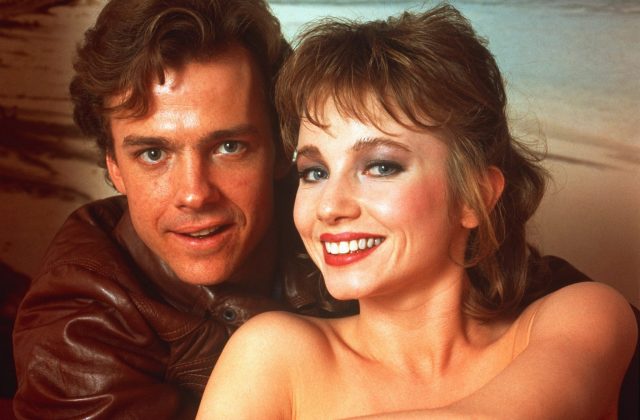 Romantic comedies are my favorite kind of movie, but this one is the definition of a strike-out. Starring Micheal O’Keefe and Rebecca De Mornay, the movie follows an Atlanta Braves baseball player who falls in love with a singer and believes she is his good luck charm. The singer becomes alarmed at her husband’s constant need for her presence, and decides to leave him to focus on her own career.

Although the movie is dubbed a romantic comedy, critics called The Slugger’s Wife “resoundingly unfunny,” and note that the silliness of the story gets bogged down, making the jokes fall short with the audience. 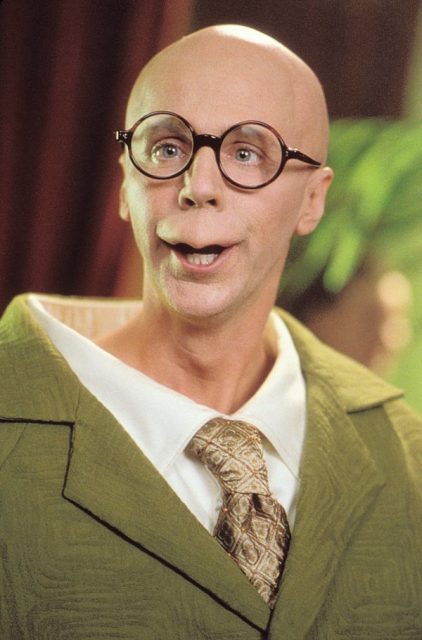 Dana Carvey is a stand-up comedian and spent seven seasons as a cast member on Saturday Night Live, so the films he has starred in are bound to be funny, right? Wrong! The Master of Disguise is a movie about a server who has the power of disguise, and he must use this power to defeat a criminal mastermind.

Critics of the film felt that the impressions done by Dana Carvey weren’t awesome and that overall, the film was just not funny. The only decent elements in the movie seem to be the costumes and makeup. 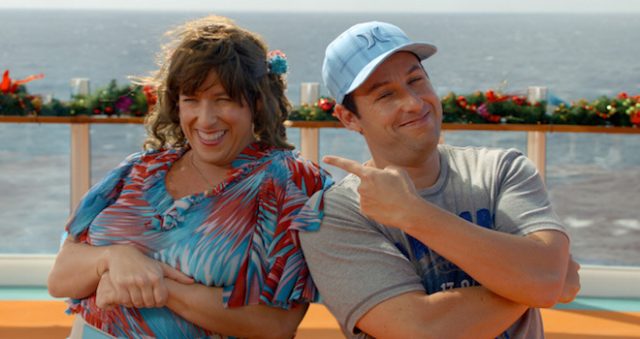 Jack and Jill is another example of a movie with an all-star cast that still performed poorly. Starring Adam Sandler and Katie Holmes, with appearances from Al Pacino, the movie follows the brother-sister relationship between Jack and Jill, who interestingly enough are both played by Adam Sandler.

Reviews for the movie were primarily negative. One reviewer named Brian Gill wrote, “I’m not saying we SHOULD take Pacino’s Oscar away from him because of this movie. I’m just saying that’s a conversation I’m willing to have.” 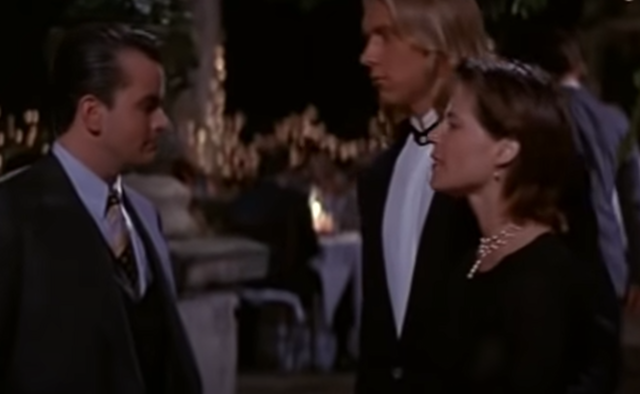 Shadow Conspiracy (1997) is a political thriller that follows Charlie Sheen, who plays an advisor to the president, as he hunts down an unknown assailant. Most critics felt that the movie was extremely boring, and that the plot was extremely unrealistic.

« Alice Roosevelt: The First Daughter Who Climbed Onto the White House Roof and Buried a Voodoo Doll in the Yard
The Fabulous (And Sometimes Strange) Female Hairstyles Of The Last Two Centuries »