Director Quentin Tarantino is known for taking historical liberties with his films. A prime example of this is Inglorious Basterds, which tells an alternate history story about an assassination plot. Because the storyline of Inglorious Basterds is obviously made up, people didn’t seem to have major issues with it.

However, this wasn’t necessarily the same reaction to Tarantino’s most recent film, Once Upon A Time In Hollywood – especially regarding the Bruce Lee fight scene. Supposedly, Tarantino based this scene on a real on-set fight between Lee and a stuntman named Gene LeBell. Many people familiar with Bruce Lee disagree with Tarantino’s depiction of Lee, but is there any truth to the story? Here, we take a look at Bruce Lee’s relationship with stuntman Gene LeBell.

Bruce Lee’s depiction in Once Upon A Time In Hollywood 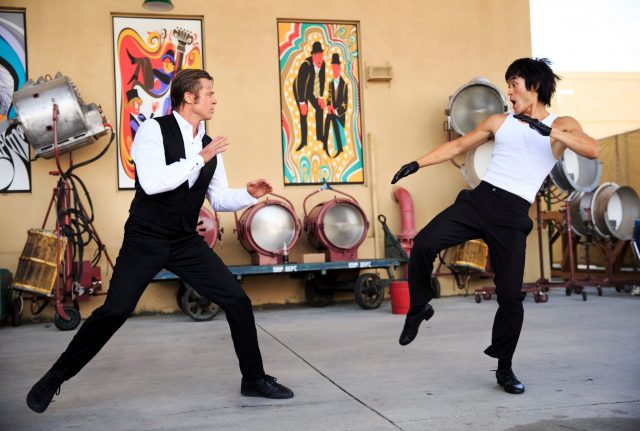 Brad Pitt (left) and Mike Moh (right) in Once Upon A Time In Hollywood. (Photo Credit: Columbia Pictures/ MovieStills DB)

The now-infamous scene In Once Upon A Time In Hollywood depicts Bruce Lee (played by Mike Moh), who, on a filming break for his show The Green Hornet, brags that he could “cripple” the boxer Muhammad Ali if they ever fought.

Stuntman Cliff Booth (played by Brad Pitt) is sitting listening to Lee and scoffs at these accusations. Booth calls Lee a “little man with a big mouth and a big chip,” who “should be embarrassed to suggest [he’d] be anything more than a stain on the seat of Cassius Clay’s trunks.”

Responding to this diss, Lee suggests a three-round fight to see which man can throw the other man “on his butt.” Lee wins the first round by kicking Booth right in the chest, subsequently flooring him. Booth then tells Lee to “do that again,” but this time Booth catches him and hurls him into a car. However, before the third round ensues, the two men are interrupted, and Booth is fired for the fight.

The history behind the scene 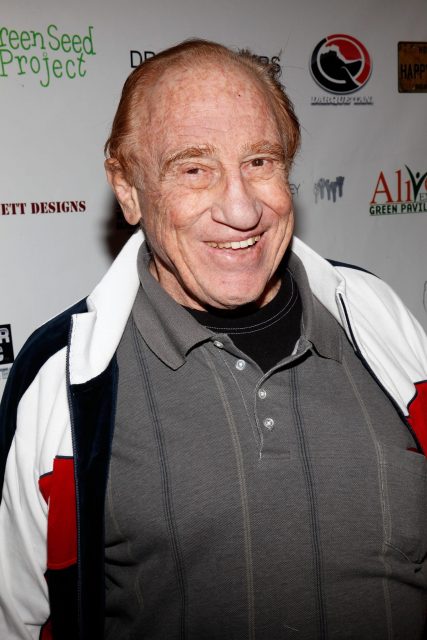 Quentin Tarantino has constantly defended his depiction of Bruce Lee in Once Upon A Time In Hollywood. The inspiration for this scene seems to have come from a real-life altercation between Lee and stuntman Gene LeBell.

Bruce Lee did actually work on a show called The Green Hornet in 1966, and supposedly Lee was a little stiff with the other stuntmen working on the show. Producers couldn’t convince Lee to go easy on anyone, despite telling him that it would still look great on film even if he didn’t go full out. Gene LeBell was brought in one day to set to humble Lee.

According to Gene LeBell’s autobiography, The Godfather of Grappling, the stuntman was contacted by the show’s stunt coordinator, Bennie Dobbins, who instructed LeBell to put Lee “in a headlock or something.” Instead, LeBell decided to grab Lee and lift him onto his back in what’s called a fireman’s carry and run around set with him.

Lee was not impressed by LeBell’s antics, screaming “put me down or I’ll kill you!” To which LeBall responded, “I can’t put you down or you’ll kill me.” Eventually, Lee was placed back down on the ground, and obviously, Lee didn’t kill LeBell.

According to LeBell’s autobiography, Lee realized that the Jeet Kune Do style of martial arts that he was developing lacked grappling, so he ended up training with LeBell for over a year. During that time, LeBell showed Lee different grappling techniques, and Lee taught LeBall different types of kung fu kicks. The two became friends, and LeBell was also hired for stunt work on The Green Hornet. 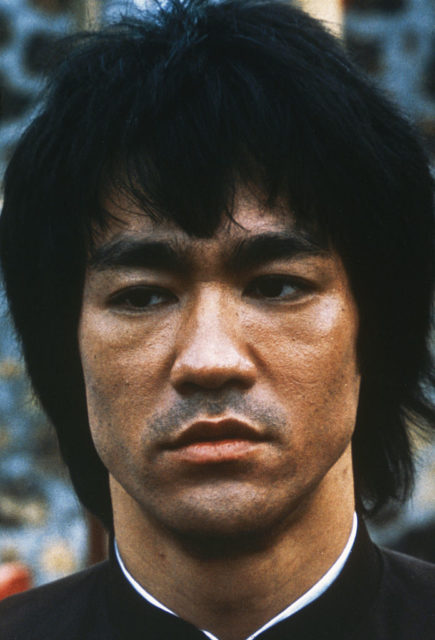 Although the Bruce Lee scene in Once Upon A Time In Hollywood was perhaps based on a real-life event, the scene garnered many negative reactions. According to Lee biographer Matthew Polly, this scene was inaccurate in several different ways. For starters, Lee “revered” Muhammad Ali, so “the part in in the movie where the Lee character says he would ‘cripple’ [the boxer] and Brad Pill’s character comes to Ali’s defence is not only completely inaccurate, bit it also turns Lee into a disrespectful blowhard and jerk.”

Polly also has stated that Lee had a reputation for being very kind to lower-ranking members of the cast and crew of his projects. Polly has stated that Lee was known to take stuntmen out to eat, hand them some extra cash, and look after their careers.

While Lee was known to fight stuntmen on some of his sets once he returned to Hong Kong, he was never one to challenge anyone and also always defeated these challengers candidly, with fights typically only lasting about 20 seconds. 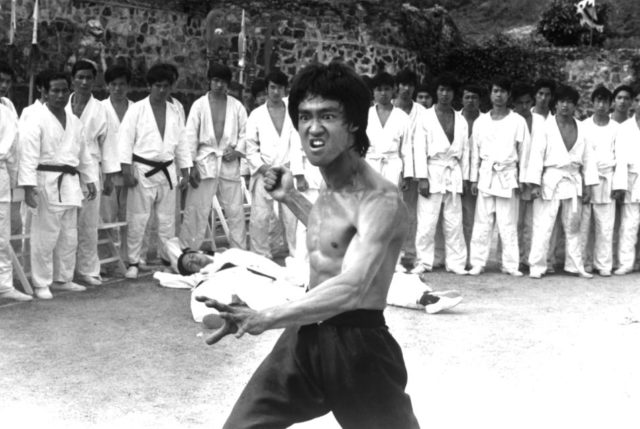 Bruce Lee in a martial arts position in a scene from the film ‘Enter The Dragon’, 1973. (Photo Credit: Warner Brothers/Getty Images)

For the movie, Sharon Tate’s family signed off on her portrayal, but Bruce Lee’s daughter Shannon Lee wasn’t consulted at all for her late father’s depiction. Initially, Shannon Lee told Deadline that she was hopeful that her father would be incorporated into Once Upon A Time In Hollywood in a respectful manner, but upon seeing his depiction she was upset. She told The Wrap that her father came “across as an arrogant a**hole who was full of hot air, and not someone who had to fight triple as hard as any of those people did to accomplish what was naturally given to so many others.”

Even the actor who depicted Bruce Lee in Once Upon A Time was initially hesitant about the scene. Mike Moh has expressed feeling torn about the sequence, recalling that when he first read the scene was like, “wow. I’m not going to tell you what the original script had exactly, but when I read it, I was so conflicted because he’s my hero- Bruce in my mind was literally a God.”

More from us: This Unusual Feature Made Burt Reynolds’ Failed Nightclub One of a Kind

Regardless of your opinion about Once Upon A Time In Hollywood and the historical accuracy of the scene in question, it’s probably safe to say that better communication was necessary with Bruce Lee experts before the sequence was included.