William Shatner Will Boldly Become the Oldest Person in Space, Thanks to Jeff Bezos

William Shatner is set to become the oldest person in space at the age of 90. The Star Trek actor has been signed up to ship out on New Shepard, the rocket built by Jeff Bezos’ Blue Origin company.

“I’m going to be a ‘rocket man!’” Shatner tweeted, referencing his unique 1970s cover version of the Elton John classic.

The journey reportedly takes 10 minutes, with the craft soaring over 60 miles up – here lies the boundary known as the Karman Line.

Who are William Shatner’s crewmates? 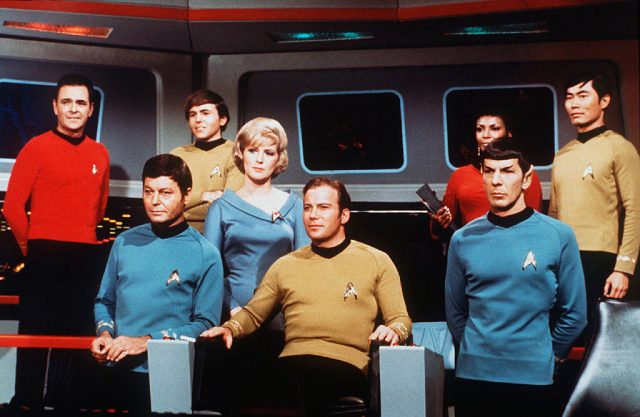 On the set of the TV series Star Trek (Photo Credit: Sunset Boulevard/Corbis via Getty Images)

Back in his days aboard the Enterprise, Kirk relied on trusty crewmates Spock, Sulu, Scotty, and others. Who will have Shatner’s back for this once-in-a-lifetime trip?

Blue Origin Mission and Flight Operations VP Audrey Powers is along for the ride. Planet Labs co-founder Chris Boshuizen posted a jokey tweet about his involvement: “This dork will be the third Australian going to space”.

Once a dork, always a dork. Year 10, Tumbarumba High. This dork will be the third Australian going to space, join me? pic.twitter.com/d0PlW6G7m6

From the USS Enterprise to New Shepard 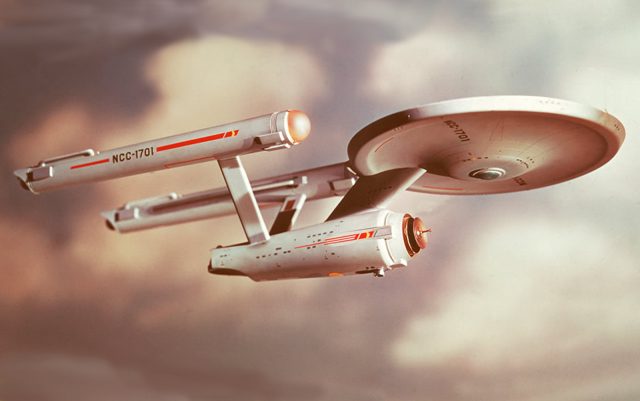 The New Shepard rocket made headlines earlier in the year when it went on Blue Origin’s first crewed space flight.

Those worried about Shatner’s advancing age may like to know about the criteria for joining the flight. Space.com reports that, in addition to height and weight restrictions, passengers should “be able to climb seven flights of stairs in 90 seconds and remain in a reclined seat for at least 90 minutes”.

This would surely be a breeze for a man who used to fight Klingons every other week. 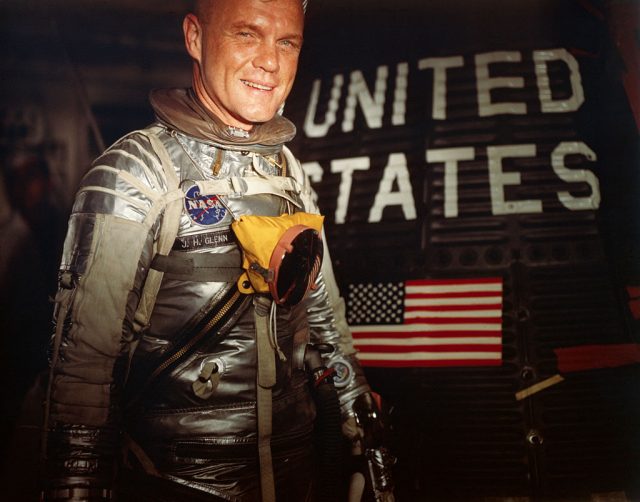 Rumors about the actor turning into a real space Captain have been circulating for weeks. In a statement, Shatner described his surprise voyage as “a miracle”.

“I’ve heard about space for a long time now,” he said. “I’m taking the opportunity to see it for myself”.

While the actor and show business personality is headed for the stars, he has competition on the age front. Shatner will be the oldest person in suborbital space. However, veteran astronaut John Glenn (who passed away in 2016) is the oldest to reach orbit. Glenn was 77 when he undertook his envelope-pushing mission. 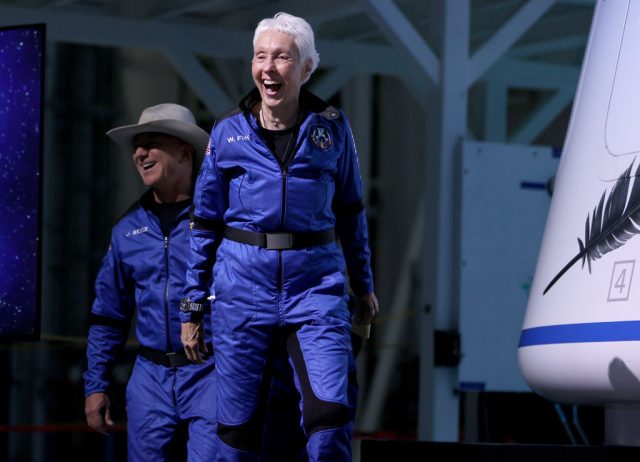 Bezos included veteran space expert Wally Funk. She’d faced obstacles bigger than Jupiter in her efforts to travel into space. Blue Origin welcomed her to the New Shepard in more enlightened times. At 82, she was the oldest to reach the final frontier.

So what’s it like journeying into space at such an age? As quoted by The Guardian, Funk said: “the noise wasn’t quite as bad [as expected]”, later adding: “I felt great, I felt like I was just laying down and I was going into space”. 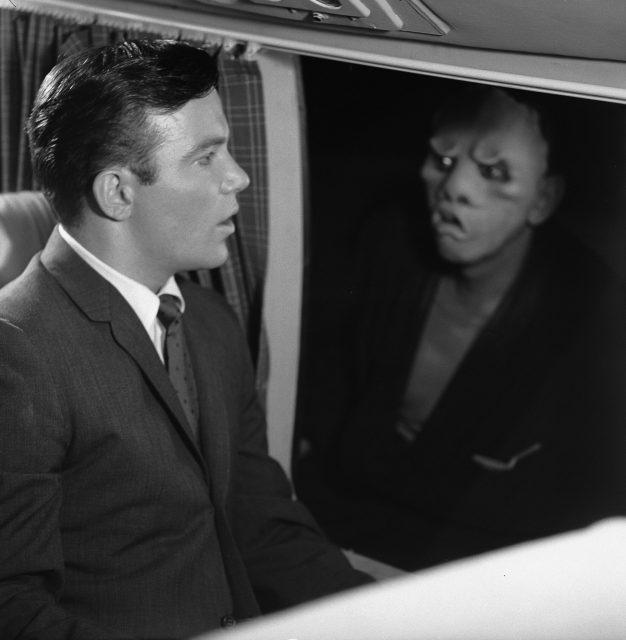 It hasn’t been a smooth ride for billionaire Bezos and his space-bound brand. Safety concerns were raised by Blue Origin staff both past and present. BBC News also reports that they “complained of a culture of sexism”. Audrey Powers and others have rebuffed the claims.

Bezos may take comfort from the fact that Shatner’s involvement means one in the eye for fellow wealthy star explorer Sir Richard Branson. Branson tried to get William Shatner aboard a space flight years ago, but the actor wasn’t interested.

BBC News notes the conflicting reasons given. Branson stated Shatner hated flying (plausible given his role in The Twilight Zone). Shatner, on the other hand, said he bailed because he was asked to pay for the privilege.

Space.com mentions the $28 million price tag of a Blue Origin seat – this was raised at auction. The company hasn’t disclosed an official price list for travelers. 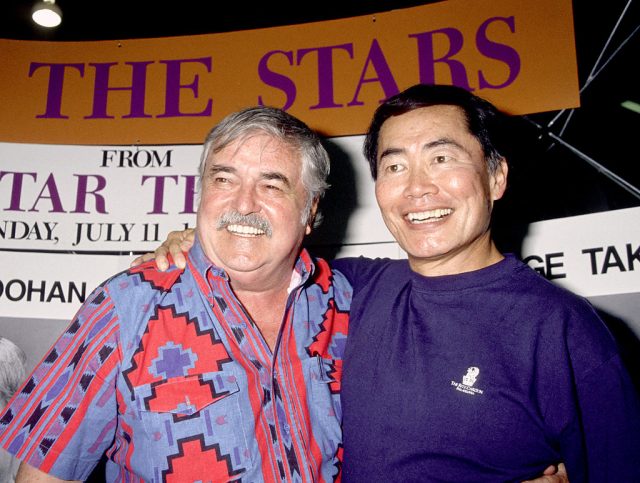 Space X carried his remains up there, though it was revealed his ashes had previously been smuggled onto the International Space Station in 2008 by video game developer Richard Garriott. He did this at the request of Doohan’s family.

Shatner has also been having fun with commentators such as The Big Bang Theory co-creator Bill Prady:

🤨The Romulans are pussy cats. Didn’t I Cosplay as one of them and crash their party and steal their liquor?🤔🤷🏼‍♂️ It was something like that. https://t.co/33OfqkrlHT

Blast off takes place in a matter of days, with Shatner and co boarding the rocket on Oct 12th.

« 75 Years Ago, Harry Truman Gave The First Televised Presidential Speech
Inventor Russell E. Oakes Concocted Many Inspired But Useless Items – Here Are Some of the Strangest! »