The sun continues to set on the British Empire. The island of Barbados became a republic late last night when Dame Sandra Mason was sworn in as president in the island’s capital of Bridgetown. Barbados is the first Caribbean island nation within the Commonwealth realm to declare itself a republic in nearly thirty years. 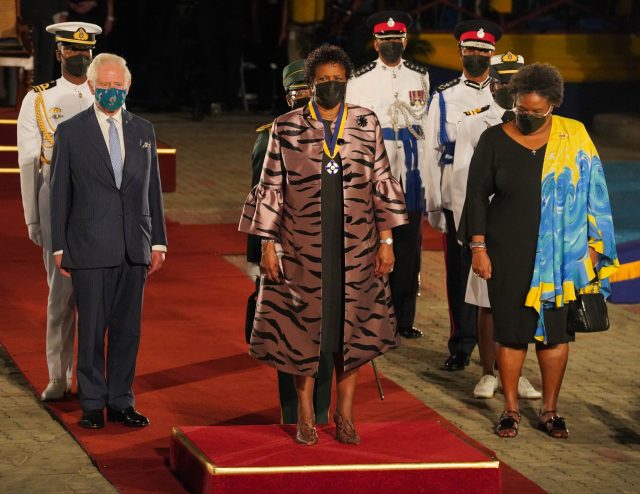 Although this break from England had been debated for years, the idea gained momentum during the Black Lives Matter movement in the United States. On the island, there are growing demands for reparations for slavery. Prime Minister Mia Mottley has called for both financial reparations and an acknowledgment and apology for the wrongdoings of slavery. Last summer, she told a conference of Caribbean nation-state leaders, “For us, reparations is not just simply about money…. but it is also about justice.”

Prince Charles, who frequently used the island to play polo, attended the event, which coincided with Barbados’s 55th anniversary of independence. During his speech, Prince Charles acknowledged the “appalling atrocity of slavery” that the island of Barbados has suffered through. Prince Charles also reiterated that the ties between Barbados and the United Kingdom will continue, despite the constitutional change. 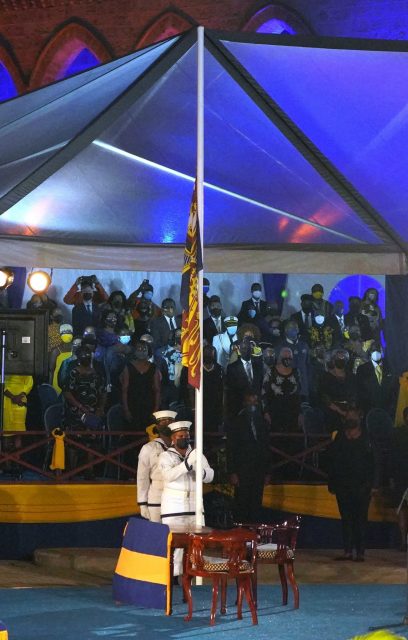 The Queen’s Standard being lowered for the last time during the Presidential Inauguration Ceremony, November 30, 2021. (Photo Credit: Pool/ Getty Images)

Barbados will remain in the commonwealth of nations as one of 54 different nations that continues to recognize the Queen as the head of their association. Other commonwealth nations include Canada, India, Australia, Jamaica, and Malta, to name a few.

Queen Elizabeth II was not at the ceremony but sent her “warmest good wishes for happiness, peace, and prosperity in the future.” Prince Charles also told those in attendance that the nation holds a “special place” in his mother’s heart. 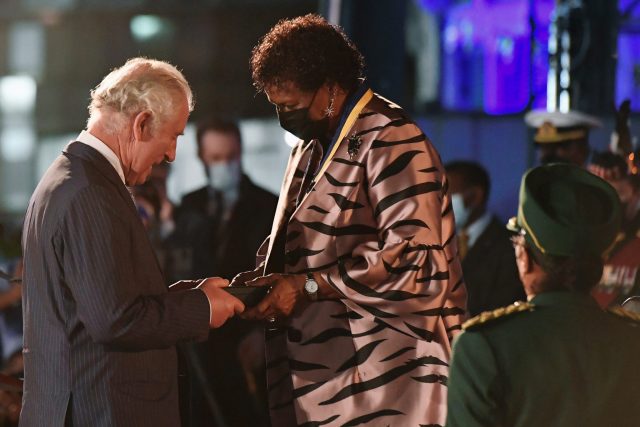 Dame Sandra Mason, who was named the first president of Barbados, has been the island’s governor-general since 2018. In October 2021, she was named president-elect of Barbados following a vote held in Parliament. Mason has now replaced Queen Elizabeth II as the head of state.

Despite Mason being elected as the president, the government will continue to be led by Prime Minister Mia Mottley. Mottley is a London School of Economics graduate, the former chairwoman of the Caribbean Community, and the first female Prime Minister of Barbados.

Barbados was colonized by the British in the seventeenth century. The colony relied on the slave labor of hundreds of thousands of people brought over on slave ships from Africa. The island was crucial in producing sugar for Britain. It wasn’t until 1961 that internal autonomy was granted to the island. In 1966, Barbados gained its full independence. 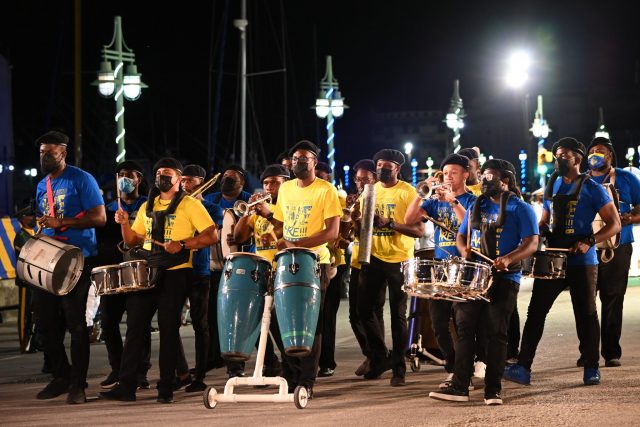 Despite its history, there remains a level of respect for the British monarchy in Barbados. Kristina Hinds, a senior lecturer in political science at the University of the West Indies in eastern Barbados reminds us that “many places in Barbados are named after the queen or her ancestors, and a lion’s share of the country’s tourists come from the U.K.” The island is also often referred to as “little England.”

Despite no hard feelings toward the Queen, celebrations were in full swing last night during the ceremony. At midnight, fireworks lit up the sky, and screens were set up across the island to allow people to watch the event. The ceremony featured an orchestra with more than 100 steel pan players and numerous artists, including singer and businesswoman Rihanna. 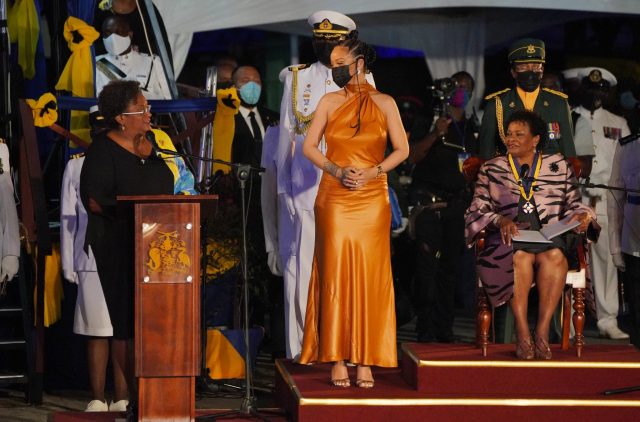 Rihanna, who was born in Saint Michael, Barbados, was invited to be involved in the ceremony. Shortly after the nation officially became a republic, Rihanna was honored with a National Hero award. Prime Minister Mia Mottley told Rihanna, “May you continue to shine like a diamond and bring honor to your nation by your work and your actions.” Fans immediately noticed the reference to Rihanna’s 2012 single “Diamonds” in Mottley’s speech.

It’s the beginning of a new era in Barbados, and we are excited to see what the island will do next!