The Life and Legacy of Tony Bennett in Photos

In August of 2021, Tony Bennett sang alongside Lady Gaga in a two-concert series at Radio City Music Hall, billed as his final New York Performance. On November 28, 2021, the rest of the world had the chance to experience this concert through the TV Special titled “One Last Time: An Evening With Tony Bennett and Lady Gaga.” To celebrate his lengthy career, we’re looking back at Tony Bennett’s iconic life in photos. 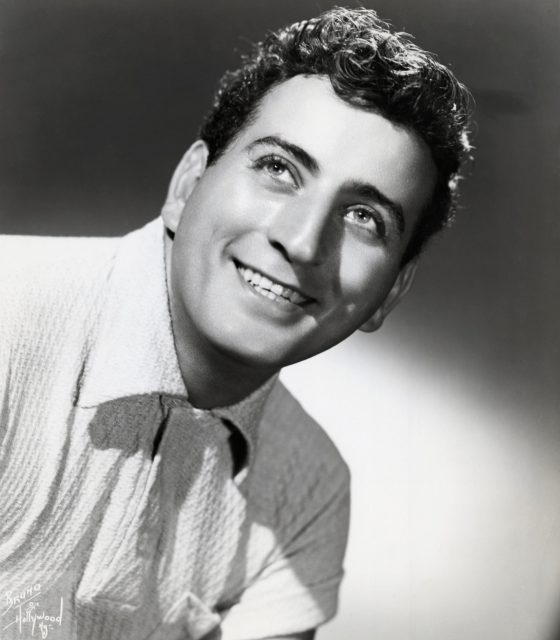 Tony Bennett was born Anthony Dominick Benedetto on August 3, 1926, in New York City. In November 1944, Bennett was drafted into the United States Army and he fought in the final stages of the Second World War in Europe. He was able to take advantage of the G.I. Bill and studied singing at the American Theatre Wing. 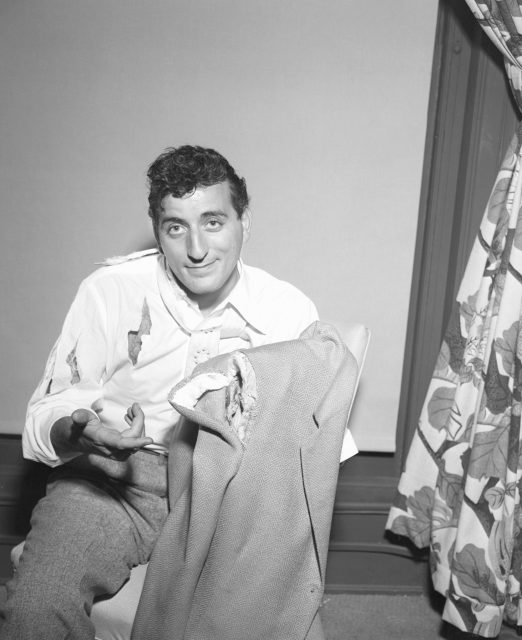 Tony Bennett after being mobbed by 5,000 high school girls while attending a May Day ceremony in Brooklyn, 1952. (Photo Credit: Bettmann/ Getty Images)

Tony Bennett was discovered in 1949, and by 1950 had signed a contract with Columbia Records. His first big hit was the song “Because of You,” which reached number one on the pop charts in 1951. His other early hits include “Cold, Cold Heart” and “Rags to Riches.” Younger fans especially loved Bennett. Here he is pictured after being mobbed by high-school girls in 1952. 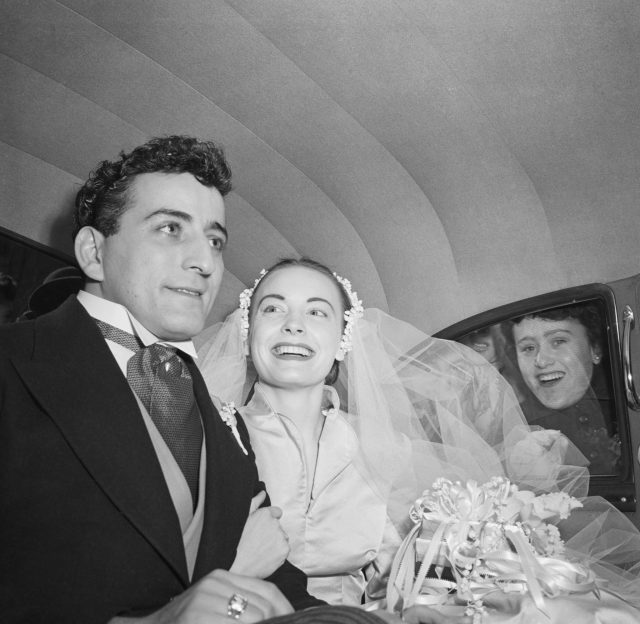 On February 12, 1952, Tony Bennett married his first wife, Patricia Beech, at St. Patrick’s Cathedral in New York City. Together, they had two children but ultimately parted ways in 1971.

‘I Left My Heart in San Fransisco’ 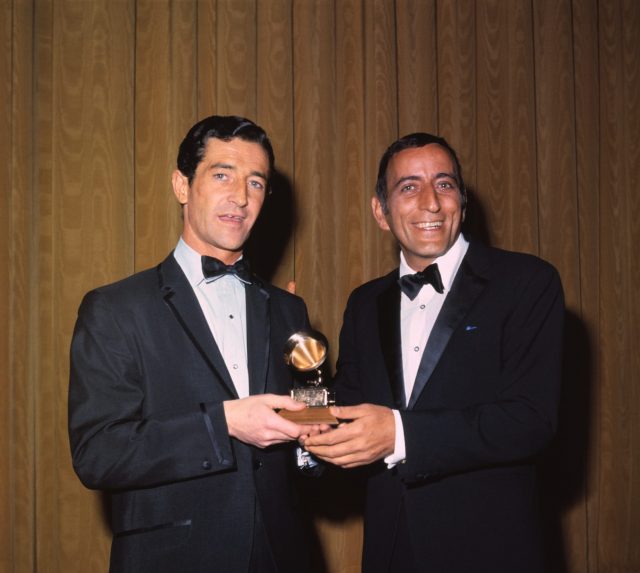 In the late 1950s, Bennett failed to achieve the same success he had earlier in the decade. However, this all changed in 1962 when he released the song “I Left My Heart In San Fransisco,” which was featured on the B-side to “Once Upon a Time.” “I Left My Heart In San Fransisco” gave Bennett his first Grammy Award for Best Record of the Year and Best Solo Vocal Performance. 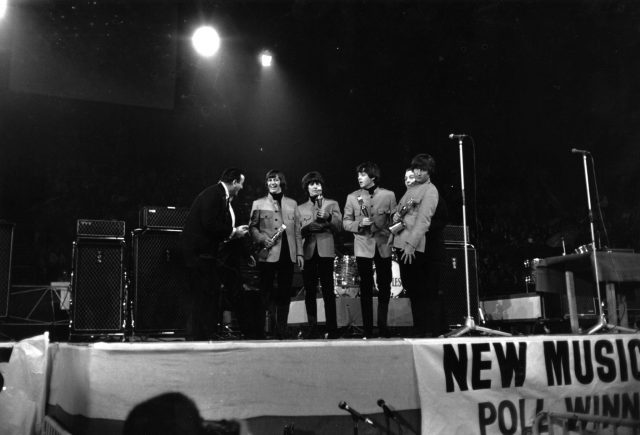 In the early 1970s, Bennett left Columbia Records after the company tried to steer him toward the contemporary rock sound that the Beatles had popularized. After Bennett left, he founded his own label called Improv. However, during the 1970s, Bennett developed a drug addiction and stopped recording music.

Tony Bennett as a Simpson 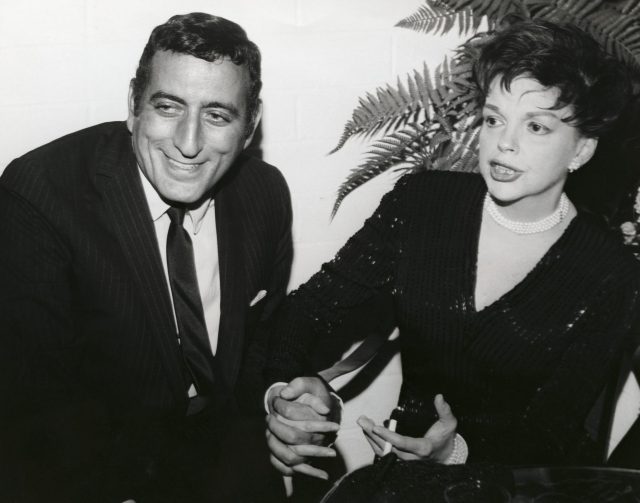 Tony Bennett sought the help of his two sons after suffering a near-fatal overdose, to help him get back on his feet. His oldest son Danny became his manager in the 1980s, and together Danny and Tony worked toward appealing to a younger audience. In 1986, Tony resigned to Columbia Records and released his first studio album, titled The Art of Excellence, in nearly ten years.

In the ’90s, Danny regularly booked his father to appear on late-night television talk shows, including Letterman and Leno. He was also the first person to guest star as themselves on The Simpsons. In 1994, Tony Bennett delivered a performance on MTV Unplugged, which earned Bennett a Grammy in 1995 for Best Traditional Pop Vocal Performance and Album of the Year. 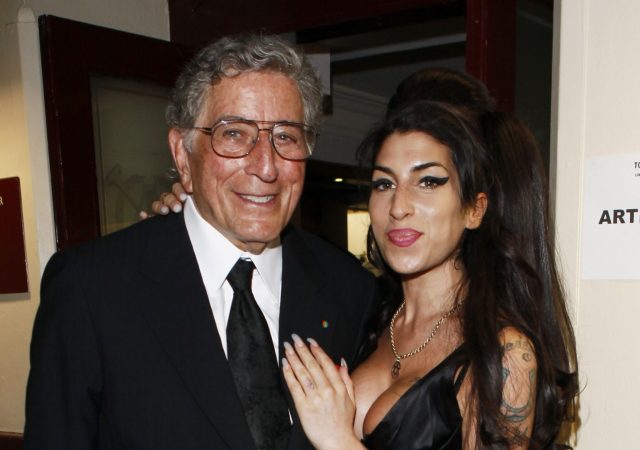 Tony Bennett has shared the stage with several famous acts during his illustrious career. Most recently, he appeared on stage with Lady Gaga, but he has also shared the stage with Amy Winehouse, Aretha Franklin, Judy Garland, Frank Sinatra, Paul McCartney, Celine Dion, and Barbra Streisand, just to name a few. Winehouse and Bennett received a Grammy for pop performance by a duo or group for a duet following Winehouse’s death in June 2011. While he was accepting the award, Bennett invited the late singer’s parents onstage to say a few words on their daughter’s behalf.

The highest of honors 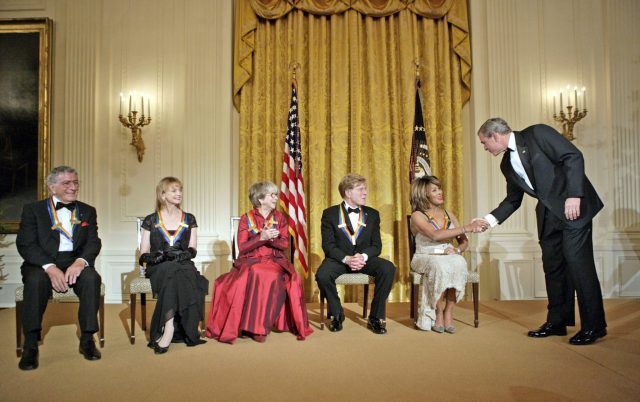 Bennett has been honored with enough awards for three lifetimes. He has 19 Grammy Awards, including a Lifetime Achievement Award presented to him in 2001, two Primetime Emmy Awards, a Kennedy Center Honoree, a United Nations “Citizen of the World” award, and even a few Guinness World Records. He has most recently been nominated for five different awards with Lady Gaga at the 2022 Grammy Awards, including Album of the Year and Record of the Year. 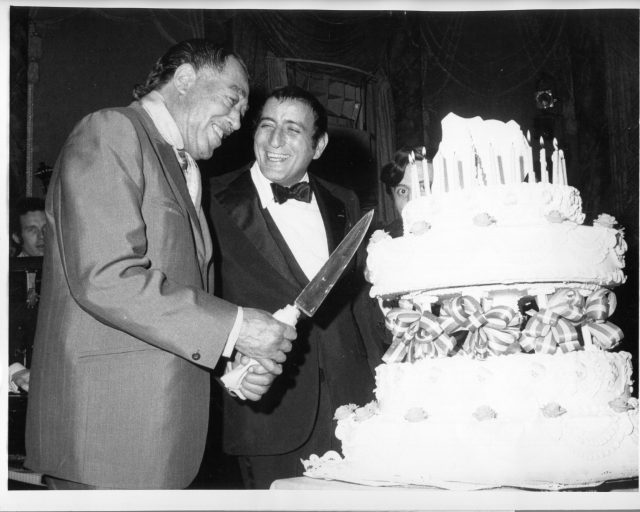 Tony Bennett is much more than just an entertainer. Unknown to many fans is the fact that he walked in the Selma March with Dr. Martin Luther King Jr. in 1965 and worked quietly behind the scenes of the Civil Rights movement in the 1960s. During a concert, Lady Gaga also shared with fans that Bennett used to sneak Duke Ellington into white-only clubs so the two could perform together. 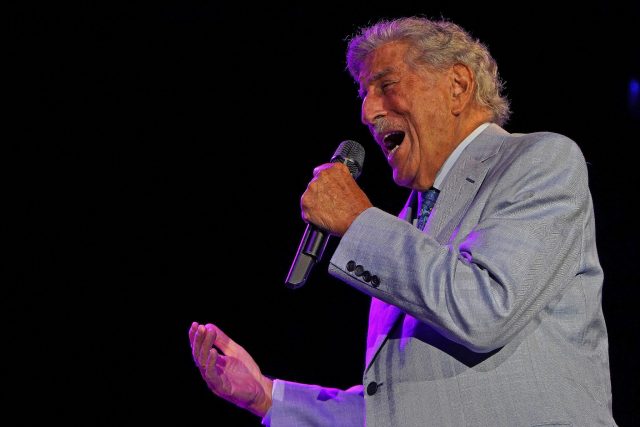 In 2016, it was revealed that Bennett had been diagnosed with Alzheimer’s. However, even with this diagnosis, he continued to record and perform up until the COVID-19 Pandemic hit in March 2020. Bennett began showing symptoms of Alzheimer’s for the first time in 2018 when he started to record Love For Sale with Lady Gaga. 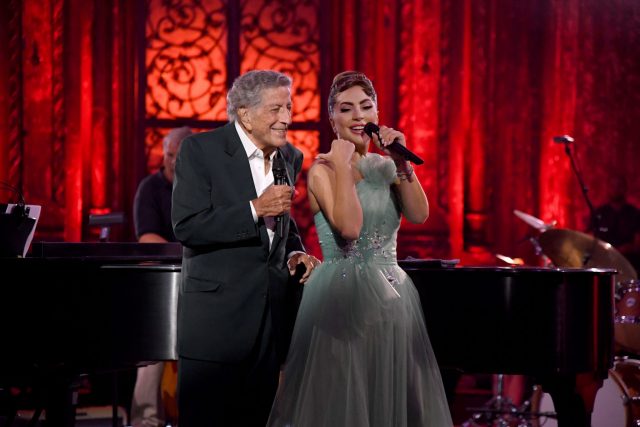 More from us: 17 Candid Images that Show How the Beatles Evolved Into Rock and Roll Legends

In August 2021, Tony Bennett’s retirement was announced. According to his son Danny, Bennett’s Alzheimer’s primarily impacts his short-term memory, which means he can perform an entire set and not remember only moments after stepping off the stage that he had just given a concert. However, because his long-term memory isn’t as impacted, he can remember all the lyrics to his songs and doesn’t need to use a teleprompter.

Even when Tony Bennett can’t remember the performances he has given, he always knows one thing – he loves being a singer.