Ghislaine Maxwell is best known for her assumed involvement in Jefferey Epstein’s sex trafficking ring. However, this isn’t the first time the death of a controversial man has disrupted Maxwell’s life. The death of her father, Robert Maxwell, attracted mass media attention in the ’90s. On November 5, 1991, Robert Maxwell went missing while traveling on his yacht near Spain’s Canary Islands. His body was later pulled from the Atlantic, showing no evidence of foul play. Different theories surrounding his death arose almost immediately – did he fall or was he pushed? And what sort of impact did his death have on his daughter, Ghislaine? We break down the entire story here.

Who was Robert Maxwell? 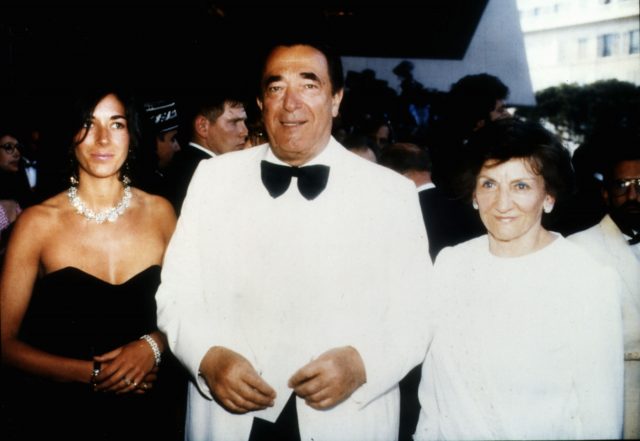 Robert Maxwell was born on June 10, 1923, in the Czechoslovakian mountain village of SlatinskÃ© Doly, which is now known as Solotvyno and is part of Ukraine. Sadly, his parents and four of his siblings died at Auschwitz after Nazi Germany occupied Hungary in 1944. Maxwell had escaped the Holocaust by going to France and joining a group of Czechoslovakian volunteers in the French Foreign Legion in March 1940.

After the Fall of France, Maxwell was evacuated with other Czechoslovak troops to Britain. Soon after his arrival, he joined the British Army under the name Ivan du Maurier, apparently taken from a cigarette brand. While on assignment in Paris in July 1944, Maxwell met his future wife, Elisabeth Meynard, whom he proposed to in December 1944.

In 1945, he won a Military Cross for his “heroism in the face of enemy action” at the Dutch-German border. When the Second World War ended, he was discharged from the Army as a Captain. 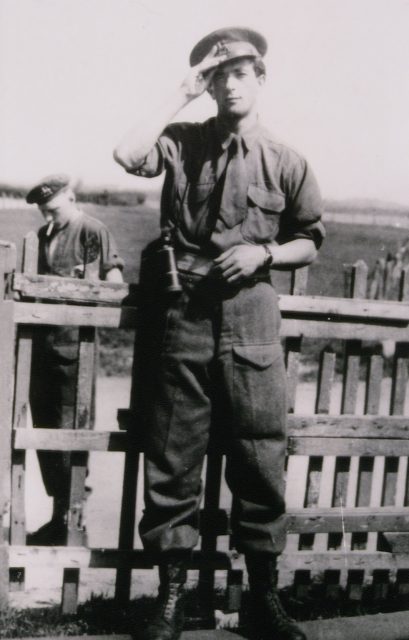 After the Second World War, Maxwell spent two years in occupied Germany with the British Foreign Office as head of the press. There, he was able to make business contacts that would help lead to the purchase of his first company, Pergamon Press.

By the 1960s, Pergamon Press was a thriving company that specialized in making technical journals “written by scientists and academics.” In 1964, the business was valued at about $3.5 million, or close to $29 million today. Ultimately, Maxwell would lose Pergamon Press in a financial scandal in 1969 but he repurchased it privately in 1974.

In 1981, Maxwell bought the British Printing Corporation – England’s largest printing concern. The British Printing Corporation was on the brink of bankruptcy when Robert Maxwell purchased it. Maxwell revived the company and sold it back to its managers in 1987 for a significant profit. In 1984, he also bought Mirror Group Newspapers, which published six major newspapers, including the Daily Mirror tabloid. This purchase allowed Robert to greatly expand his reach. He also purchased Berlitz International language instruction, Macmillan book publishers, and Official Airline Guides in 1989. In the last years of his life, he launched the European and acquired the New York Daily News. 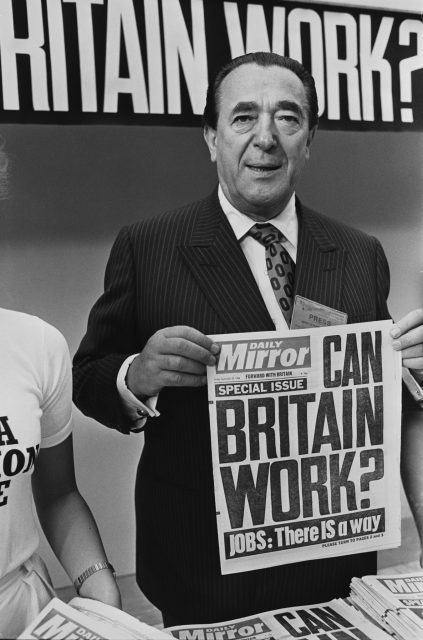 Robert Maxwell’s goal was to build a media empire with transnational influence. At the end of the 1980s, Robert Maxwell had spent nearly $500 million trying to get his newspapers to compete in the United States. However, those efforts seemed to be paying off for Maxwell, as his entities generated nearly $3 billion in annual revenue. 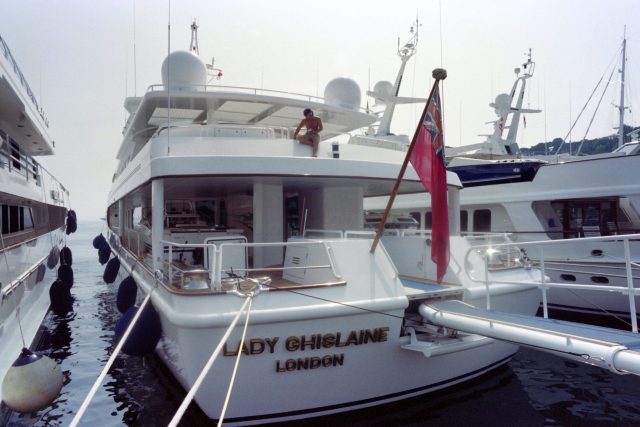 On November 4, 1991, Robert Maxwell had a phone call with his son Kevin, which turned into a screaming match. The following day, the two had an important meeting scheduled with the Bank of England, but instead, Robert was vacationing on his yacht, named Lady Ghislaine, near the Canary Islands. According to an interview given by Kevin to The Sunday Times, “we needed to prepare for the meeting, and I was a bit hacked off that he was going to leave it to the last minute.”

Kevin would go on to tell The Sunday Times that this meeting focused on the Mirror Group’s liquidity. Robert Maxwell had defaulted on £50 million in loans from Goldman Sachs, and not only was the bank beginning to sell off its collateral, but this news was about to go public. 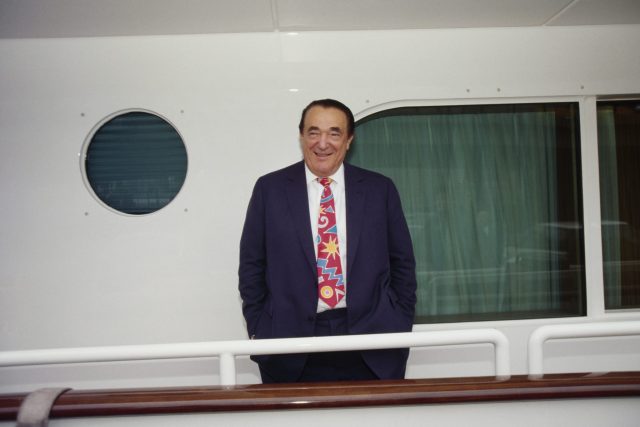 However, Kevin Maxwell would never speak to his father again after their fight. On November 5, 1991, Robert’s body was recovered from the Atlantic Ocean. The facts that emerged surrounding Robert’s whereabouts the night before seem fairly straightforward. Just before 5 a.m., Maxwell complained to the crew that his room was too cold. At some point after this complaint, he walked naked to the stern of the yacht, where he then fell into the water. The only mark on Robert’s body was a scrape on his shoulder.

Robert’s death was deemed to be caused by a heart attack combined with accidental drowning. However, three pathologists were reportedly hired but could not agree on an official cause of death. Conspiracies surrounding Maxwell’s death include that he was pushed, or that he committed suicide because it was about to be revealed that his business was in financial trouble.

Impact on the family 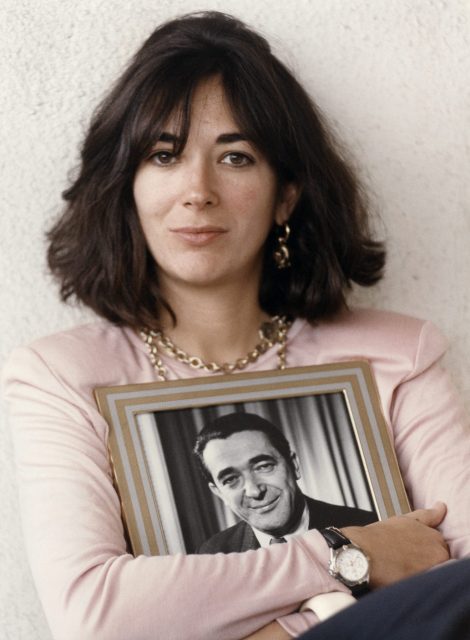 The fallout of Robert’s death left the Maxwell family reputation in tatters. Within weeks of his death, around £460 million was found to be missing from the pension funds of Robert’s companies. His death caused mass instability in his publishing empire, with banks attempting to call in their massive loans. Eventually, Maxwell’s companies soon collapsed.

Robert’s death hit his youngest daughter Ghislaine hard. Robert Maxwell was tough on his children, and Ghislaine is believed to have been Robert’s favorite. According to The Mirror’s photographer Ken Lennox, Ghislaine was extremely upset when she flew in to see her father’s body. According to Lennox, you could tell that Ghislaine was “daddy’s girl. She was inconsolable; she could hardly speak. When she saw her mother, her knees just buckled.”

Robert Maxwell was known to take Ghislaine to high-profile events all the time, including Elton John’s birthday party and football matches. 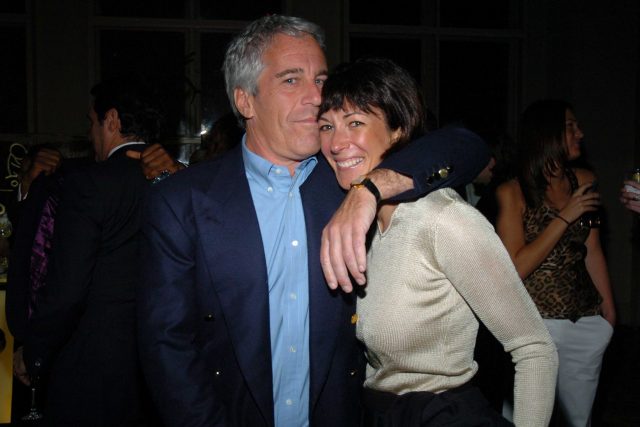 More from us: 40 Years Later, Questions Linger Regarding The Death Of Actress Natalie Wood

Interestingly, it was Ghislaine’s father Robert who had first introduced her to Jefferey Epstein. However, it wasn’t until after Robert’s death in 1991 that Ghislaine relocated to New York City where her relationship with Epstein grew into something more serious.

Some believe that Ghislaine was drawn to Epstein, and did what she did for him, because Epstein reminded her of her father. Ultimately, Ghislaine will have to take responsibility for her involvement in Jefferey Epstein’s crimes.