These 10 Hollywood Celebrities Are Extremely Tall

Being a celebrity means one’s persona is already larger than life to mere mortals. So when celebrities are actually physically tall, it makes them seem genuinely gigantic to us. Here, we take a look at some surprisingly tall stars who take being epic to new “heights.” 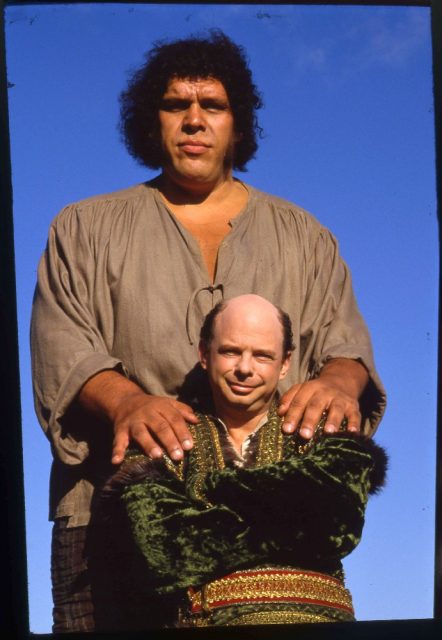 Andre the Giant isn’t called “a giant” for nothing! Actor and wrestler Andre the Giant stood at a whopping 7 foot 4 inches, truly making him gigantic. He utilized his tall stature to play the giant Fezzik in The Princess Bride and appeared as Bigfoot on the television show Six Million Dollar Man in 1976. Andre the Giant died on January 27, 1993, at age 46. 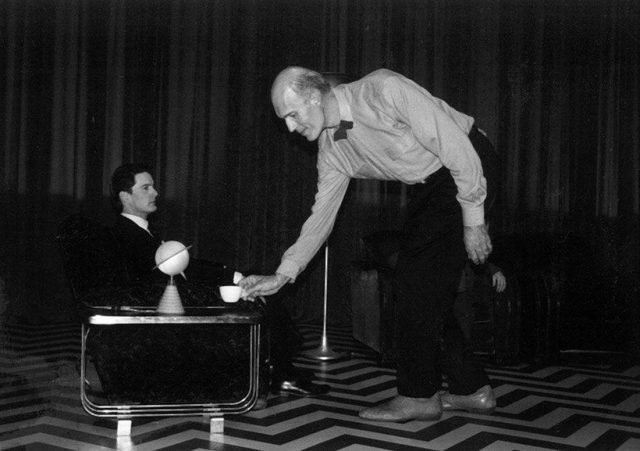 Carel Struycken is a Danish actor best known for his role of Lurch in the 1991 production of The Addams Family. He reprised his role as Lurch for its following two sequels. Carel Struycken stands 7 feet tall. Interestingly enough, he is a vegetarian proving you don’t need meat to be tall! 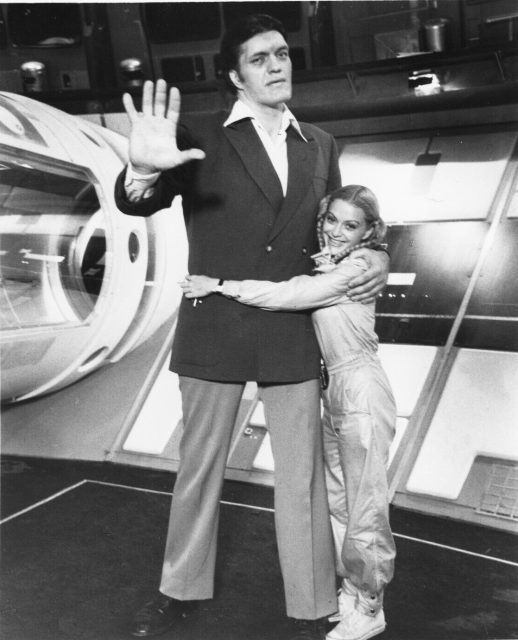 Richard Kiel was an American actor who is best known for his role as Jaws in The Spy Who Loved Me (1977) and Moonraker (1979). He also appeared as Mrs. Larson in Adam Sandler’s 1996 movie Happy Gilmore. During his life, Kiel stood 7 feet, one inch tall. Interestingly enough, Richard Kiel, Andre the Giant, and Carel Struycken were all diagnosed with acromegaly, a hormonal disorder in which the pituitary gland produces too much growth hormone. 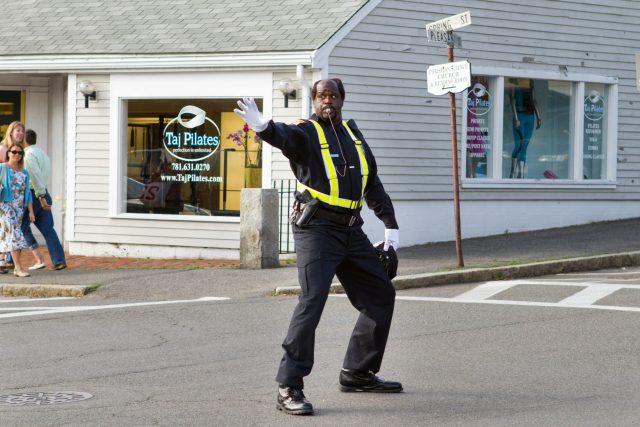 Shaquille O’Neal stands 7 foot, 1 inch tall, which definitely helped him win four NBA championships. When this Basketball Hall of Famer isn’t dunking on his opponents, he is appearing in movies. Shaq made his feature debut in the 1994 movie Blue Chips. Since then, he has appeared in Scary Movie 4 (2006), Grown Ups 2 (2013), and voiced the character of Smooth Smurf in The Smurfs 2 (2013). 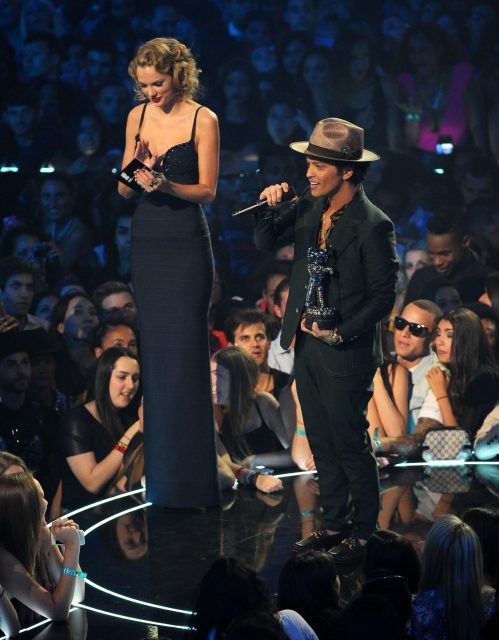 Women are tall too! Female celebrities might not be seven feet tall, but they tower over people nonetheless. Case in point: Taylor Swift looming over Bruno Mars during the 2013 MTV Video Music Awards. Taylor Swift is 5 foot 10 inches tall, which is six inches taller than the average female. 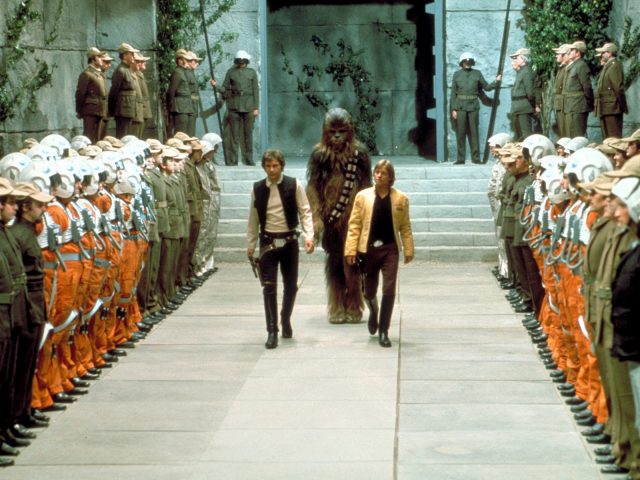 You might not recognize the name Peter Mayhew, but surely the character Chewbacca rings a bell. Peter Mayhew was the actor in the Chewbacca costume. Peter Mayhew, who stood 7 foot 1 inch, played Chewbacca in all Star Wars movies – from the original trilogy to the 2015 film Star Wars: The Force Awakens. 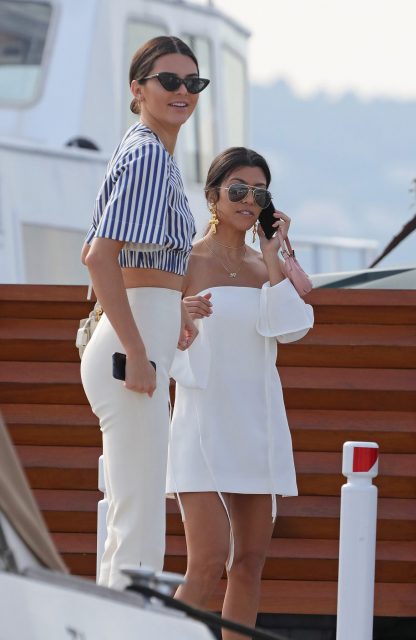 You have to have the height to make it as a supermodel, so it’s a good thing Kendall Jenner is 5 foot 10 inches tall. She certainly towers over her older sister, Kourtney Kardashian, who stands at only 5 feet tall. 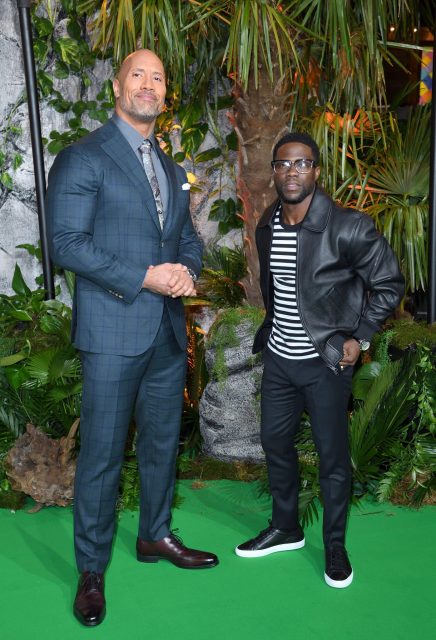 Dwayne Johnson is nicknamed “the Rock,” so it’s no secret that he is built. Johnson is actually more like a mountain than a rock, as he stands about 6 foot 5 inches. Although he is not the tallest male actor on this list, he well exceeds the height of an average male, which is 5 foot 9 inches. Here he stands beside his friend and co-actor Kevin Hart, who is only about 5 foot 3 inches. 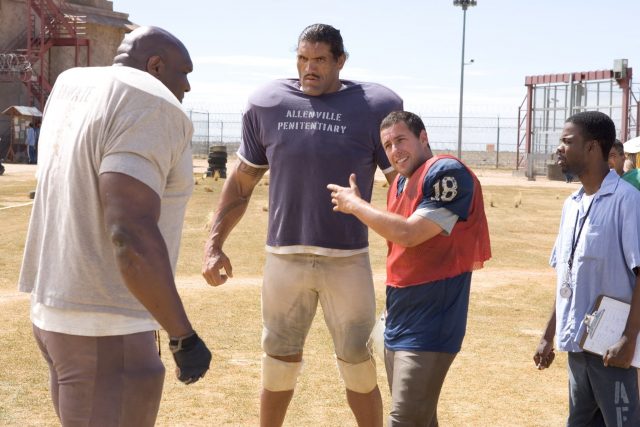 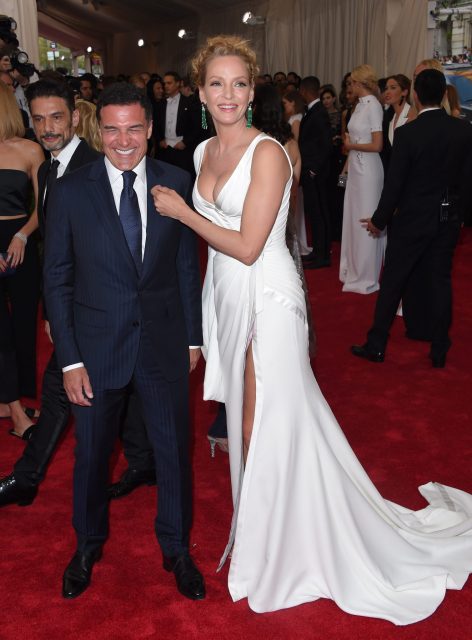 More from us: You Don’t Have to be Surprisingly Short to Work in Hollywood But it Helps

Uma Thurman is another tall leading lady! The model/ actress stands just over five foot eleven, making her one of the tallest female actresses in Hollywood. She is best known for her role as Mia Wallace in Quentin Tarantino’s 1994 film, Pulp Fiction. She also has worked alongside Quentin Tarantino in Kill Bill: Volume 1 and 2.

« 7 Facts About Bob’s Big Boy, the Creator of the Double-Decker Hamburger
The Origin of the Phrase ‘No Two Snowflakes Are Alike’ »