7 Facts About Bob’s Big Boy, the Creator of the Double-Decker Hamburger

Everyone has a restaurant they love, whether it be for the food, the aesthetic, or the fact that it’s cheap. For many who grew up in California and other states during the mid-20th century, the go-to place to grab a bite was Bob’s Big Boy. Many of its US-based locations have since been shuttered, but that won’t stop us from bringing the nostalgia with these delicious facts!

The Big Boy mascot is modeled after a real child

While many might assume Big Boy’s famous mascot was an artist’s creation, he was actually inspired by a real child: six-year-old Richard Woodruff. Woodruff was a regular at the original Big Boy’s restaurant, Bob’s Pantry, and loved the diner’s hamburgers so much that he frequently offered to sweep the establishment in exchange for a free one. 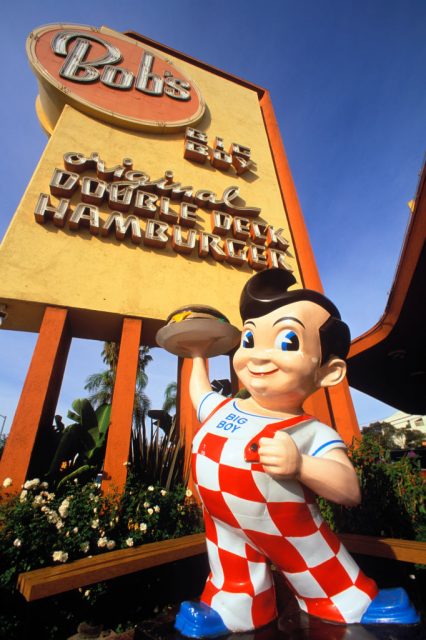 One day, Bob Wian greeted him by saying, “Hello, Big Boy,” and the name stuck. Not long after, it was decided he’d be the model for the restaurant’s mascot, prompting Wian to approach Warner Bros. artist Ben Washam to sketch up a caricature of the young boy.

As the restaurant expanded, the Big Boy character was revised, but his general image remained the same.

The double-decker hamburger might be a fast-food staple nowadays, but it was initially invented as a joke. In February 1937, musicians eating at Bob’s Pantry asked Bob Wian to make them something “special,” and what they got was the first Big Boy. Before he knew it, demand for his creation skyrocketed, and the burger was permanently added to the restaurant’s menu. 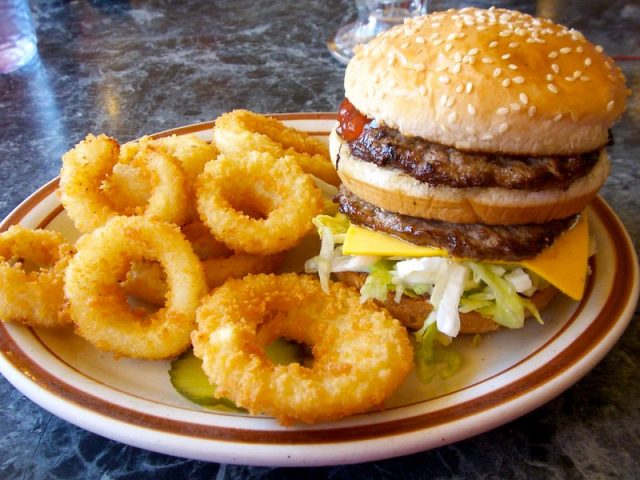 When it was first introduced, the Big Boy cost a mere 15¢. For 20 years, it was dubbed “the Nationally Famous, Original Double-Decker Hamburger,” and its success inspired similar products from McDonald’s, Burger King, and Burger Chef.

Bob Wian preferred to hire waiters with no experience

Bob Wian was conscientious of his establishments’ public appearance. He had a set of standards each restaurant had to follow and created a nine-step process for those waiting on customers. While such standards might push a restaurant owner to hire staff with prior experience, Wian did the opposite. 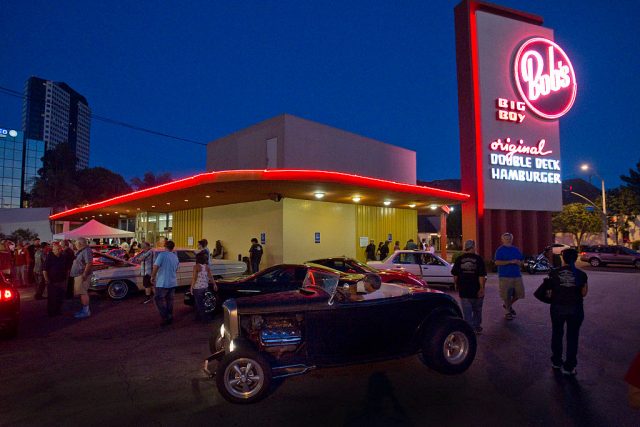 Wian hired wait staff based on three criteria: appearance, intelligence and enthusiasm. It didn’t matter if an applicant hadn’t worked at a restaurant before – he preferred if they were new to the industry – as he could train them to work the Big Boy way.

Big Boy is popular in Japan

Like other US restaurants, Big Boy has expanded worldwide. In 1977, Big Boy Japan was established and has since gone on to operate 274 Big Boy Hamburger Steak & Grill Restaurants and 45 Victoria Station restaurants. While using the Big Boy name, it operates independently of Big Boy Restaurant Group. 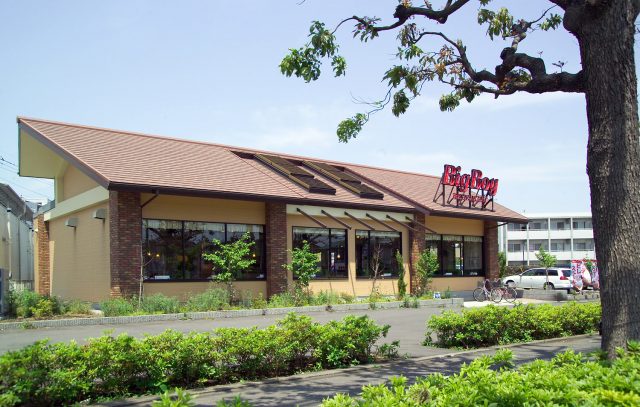 Given it is its own company, Big Boy Japan does not offer many of the staple products Big Boy restaurants in the US do, including the Big Boy double-decker hamburger. Instead, they offer their own unique menu, which includes beer and wine.

The Big Boy graveyard in Michigan popped up following the state’s franchise filing for bankruptcy. Located deep in a wooded area outside of Negaunee, it’s the home of abandoned Big Boy statues, left to suffer the ill-effects of Mother Nature.

Thinking about the big boy graveyard in Michigan pic.twitter.com/nyUzn7X1mb

The graveyard was discovered in 2001 by a group of high school friends, and while lost for a number of years, was rediscovered in 2008. However, many have stated it appears to be more of a dumpsite than a graveyard for restaurant-figures past.

The Beatles have their own booth

Big Boy was an American staple when The Beatles toured the US in support of their album, Help!. According to legend, they wanted to experience what it was like to eat at a real American diner, and thus decided to stop at the Big Boy restaurant in Burbank, California. 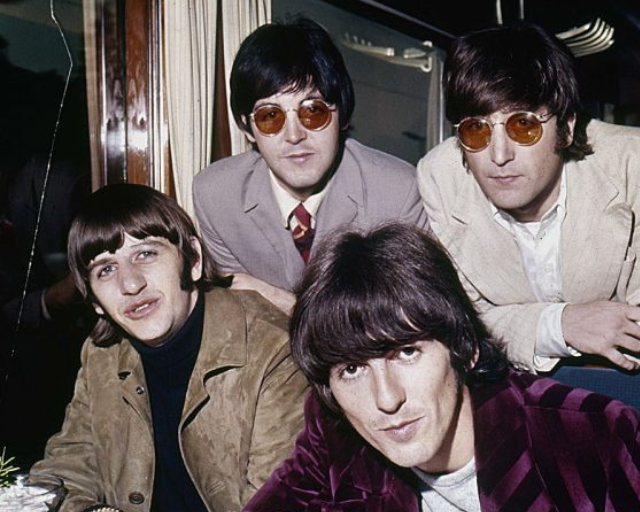 These days, the booth the band sat at – aptly called “The Beatles Booth” – is itself famous, with Big Boy saying that Beatles fans come from across the world to sit in the same spot as the quartet.

Big Boy had his own comic book series

As with kids’ meals at other restaurants, youngsters were given a treat with their food at Big Boy. Beginning in July 1956, each meal came with an issue of the Adventures of the Big Boy comic book, which depicted the exploits of Big Boy, his girlfriend Dolly, and their dog, Nugget.

The comic series was in print until 1996. To replace it, the restaurant chain hired Yoe! Studio to revamp its characters and produce a magazine. However, this was canceled in 2008 after just 63 issues. 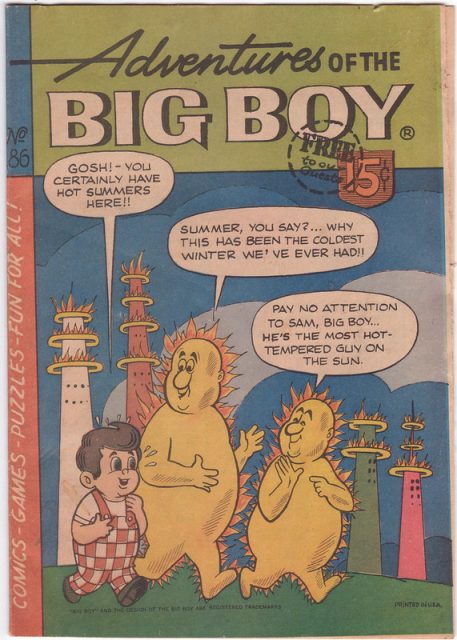 An issue of The Adventures of Big Boy. (Photo Credit: Victory of the People / Flickr / CC BY-NC-ND 2.0)

Along with the comic, children could also join the Big Boy Club, which offered not only free burgers, but buttons, decoder cards, and other freebies as well.