Archeologist Howard Carter made another remarkable discovery three years after finding King Tut’s intact tomb in the Valley of the Kings. In 1925, Carter came across two daggers hidden in the cloth wrapped around Tutankhamen’s mummified body. Nearly a century later, it was confirmed that the iron from one of these daggers came from a meteorite! 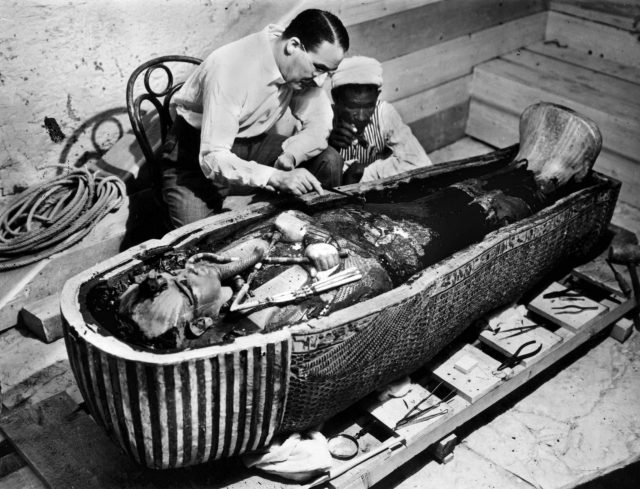 A dagger made of iron with a decorated gold handle was found on King Tut’s right thigh. The blade of this dagger was encased in a gold sheath, decorated in a pattern of feathers, lilies, and the head of a jackal. The second blade was found near King Tut’s abdomen and was made entirely of gold.

At the time of King Tut’s death and subsequent mummification around 1323 BCE (the Bronze Age), iron smelting was extremely rare. Ancient Egypt was rich in various mineral resources, including copper, bronze, and gold- all of which had been used since the fourth millennium BCE. On the other hand, the practical use of iron in Egypt occurred much later in the country’s history, with the earliest references to iron smelting dating back to the first millennium BCE. Therefore, the rarity of iron at the time when King Tut was buried means that the iron dagger found hidden on his body was more valuable than gold.

There have been a minimal number of iron objects found in Egypt from the third millennium BCE (the time of King Tut’s death). Most archeologists agree that the handful of iron objects that date to this time period were probably produced from meteoric metal. In fact, iron was so prized during this era that ancient Egyptians referred to the metal as “iron from the sky.”

Studies done in the 1970s and 1990s determined that the blade most likely came from a meteorite, but these findings were inconclusive and easily disputed. 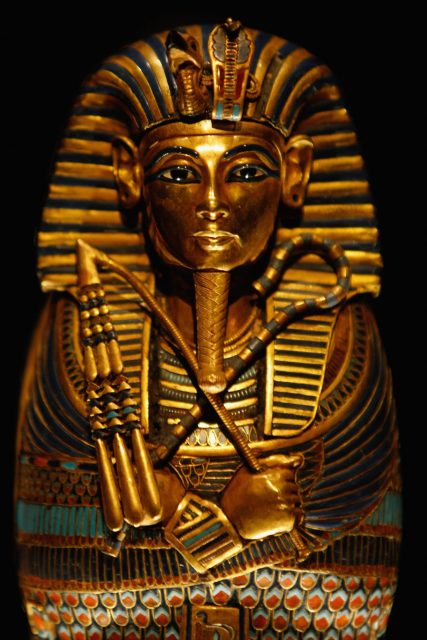 Researchers believe that this dagger had been a royal gift that was perhaps passed down to King Tut. Diplomatic documents from the Egyptian royal archives from the 14th century BCE (known as the Amarna letters) mention royal gifts made of iron in the period immediately before Tut’s reign. Specifically, it is reported that Tushratta, King of Mitanni, sent iron objects to Amenhotep III who is thought to potentially be the grandfather of Tutankhamun. Daggers with iron blades and an iron hand bracelet are also mentioned in this list.

« The Irish Crown Jewels Have Been Missing for Over a Century – What Happened to Them?
A Dinosaur Embryo Has Been Found Inside a Fossilized Egg. Here’s What It Means »