Massive ‘Star Wars’ Collection up for Auction in January

Star Wars fans with deep pockets have something exciting to look forward to in the new year: a massive collection of unopened Star Wars toys and other memorabilia is hitting the auction block. Beginning on January 27, fans of the iconic franchise can bid on the stunning collection which also includes over 1,500 autographs from the cast and crew. 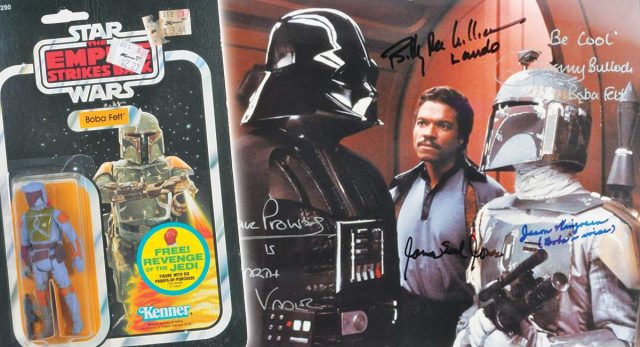 East Bristol Auctions, which is handling the sale, says that this is a single-owner collection and that it’s expected to fetch at least $90,000.

Auctioneer Andrew Stowe told Southwest News Service that the collection would be “difficult to match.”

Since its theater debut in 1977, Star Wars has become one of the most beloved film franchises in the world, with products ranging from toys to video games to theme park rides.

And just who is the Star Wars fan who is letting go of this huge collection that took decades to amass? Stowe had this to share: “The haul is the private collection of a Bristol gentleman who collected the memorabilia for over thirty years. He was buying the original figures in the mid-nineties when they could be purchased for just a few pounds. Now some of those figures alone are worth over a thousand!” 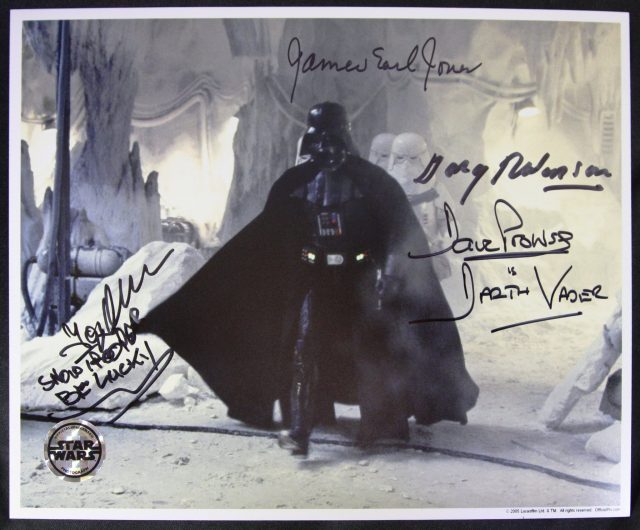 The current owner spent countless hours tracking down actors and crew members to get all of those valuable autographs. It took the auction house eight months just to catalog everything!

More from us: Charles & Diana’s Wedding Cake Slice Fetches Over $2,000 At Auction

Stowe was surprised by the scope of the collection, explaining that he initially thought his trip to the seller’s residence would be just a “quick home visit” but when he “kept getting handed folder after folder of autographs, turning each page over revealed something else incredible. There were signed photographs that Star Wars fans would sell a limb to own!”

He went on to express that it’s been “a real honor to handle this collection” and said he’s never seen anything like it hit the market.