There are many outlandish sports that have popped up over the course of history, but there are few as unusual (and downright cruel) as horse diving. First invented in the 1880s, it remained a popular Atlantic City event until the 1970s. 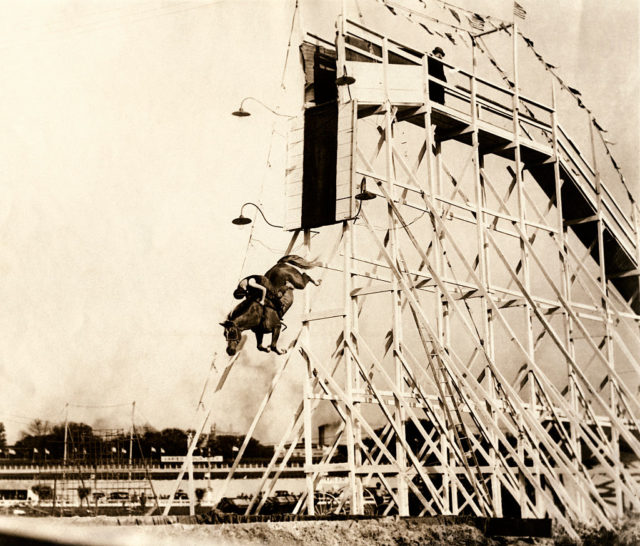 Tampa, FL- Dr. Carver’s beautiful daughter rides her high-diving horse, trained by the doctor by years of patient persistence, in perfect diving form, from a high platform into a shallow tank at Tampa, FL. Note that there is no bridle on the horse, only a light halter. Undated photograph. (Photo Credit: George Rinhart/Corbis via Getty Images) 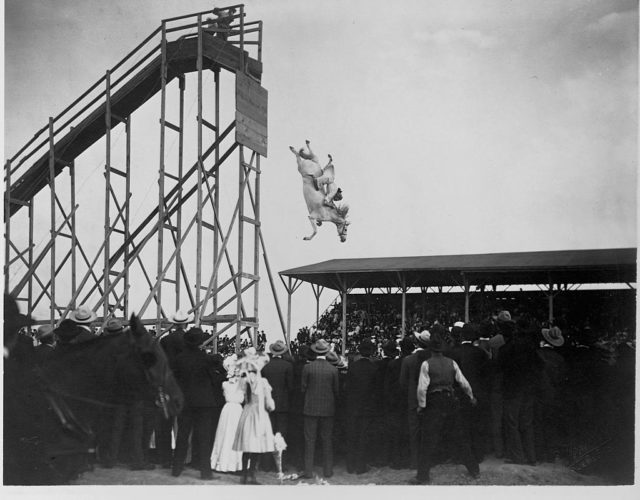 Eunice Winkless dives into a pool of water from a high tower on horseback. Colorado, USA. (Photo Credit: Library of Congress/Corbis/VCG via Getty Images)

Horse diving was invented by William “Doc” Carver, a Wild West staple who worked with Buffalo Bill. By the 1880s, he’d ventured out on his own, hosting his own shows featuring animal performances and shooting events.

The story of how he first came up with the sport has been met with skepticism by many. According to Carver, he was crossing a bridge over Nebraska’s Platte River in 1881 when it collapsed. His horse fell into the water below, a sight which inspired him to develop a horse diving act. It would involve a horse falling from a 60-foot-high ramp into around 11 feet of water.

After training some horses and having his son, Al Floyd Carver, build a wooden ramp and tower, Carver took his show on the road. It stopped in Texas, with a woman named Lorena Carver serving as his first diver. Sadly, things took a turn when, in 1907, 18-year-old rider Oliver Smith died while performing a dive. 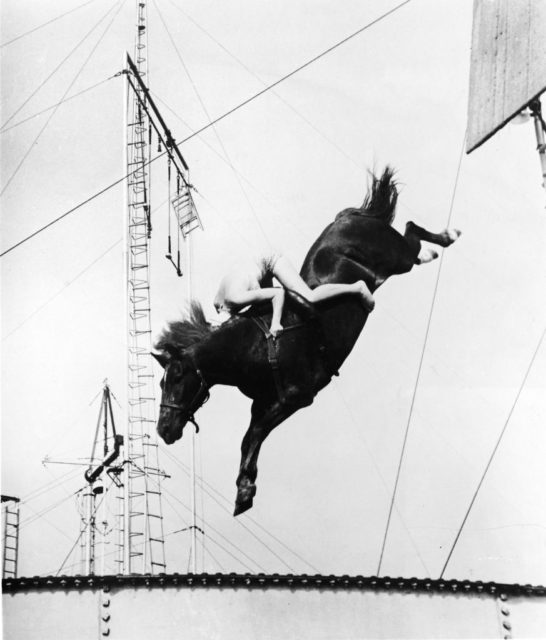 A male circus performer holds tight while riding atop a horse for a stunt high-dive into a swimming pool, 1930s. (Photo Credit: Frederic Lewis/Getty Images) 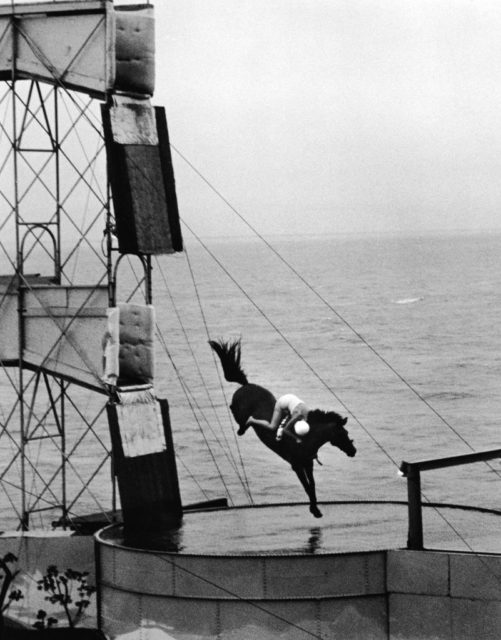 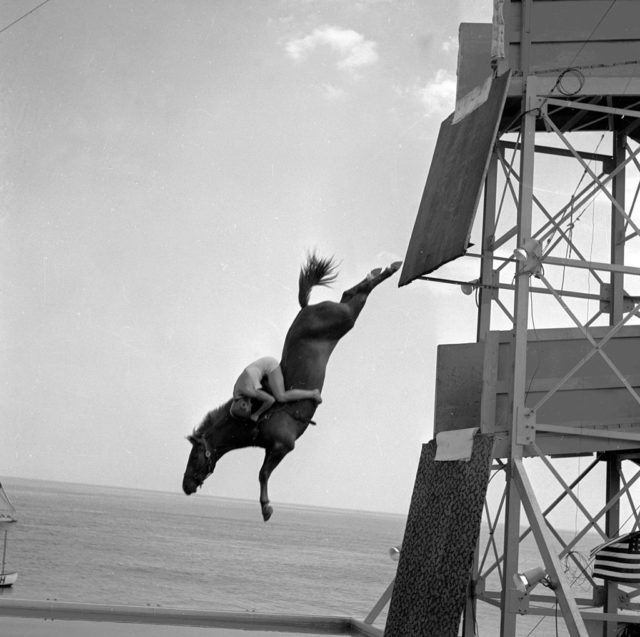 A diving horse mid-dive with the rider clinging to its neck. (Photo Credit: Three Lions/Getty Images)

It was eventually brought to Steel Pier in Atlantic City, New Jersey, replacing the elk diving act put on by nearby Million Dollar Pier. It became an immediate success, with horses putting on four shows a day, seven days a week.

In 1924, the act became more popular following the addition of rider Sonora Webster in 1924. She and her horse, Red Lips, drew large crowds, but tragedy struck in 1931, when the pair lost their balance on the platform and fell into the water. Webster suffered two detached retinas, becoming completely blind.

Despite this, she kept on performing, with her determination later inspiring the 1991 Disney movie, Wild Hearts Can’t Be Broken. 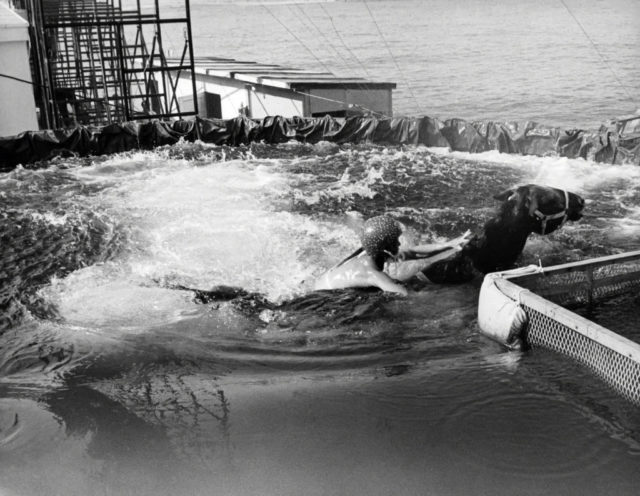 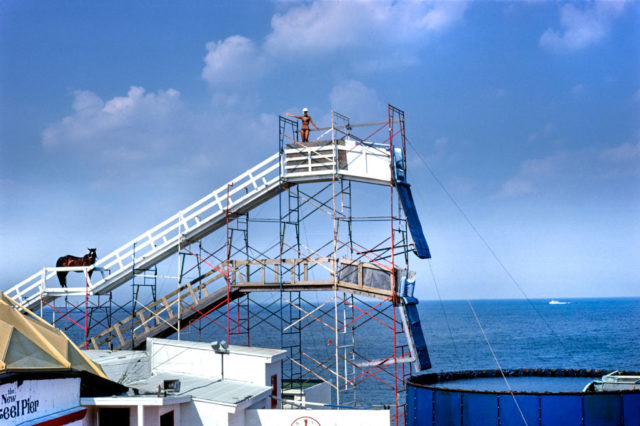 In the 1970s, horse riding was beginning to experience a lull in popularity. However, that didn’t stop the Magic Forest theme park in Lake George, New York from opening its own show. Its main attraction was Rex, who was later replaced by a gelding named Lightning.

While popular, horse diving received criticism from animal rights activists, who called out the sport for being cruel to horses. While there were no reported instances of animals being injured as a result of the sport – it was typically the riders who got hurt – it was argued that there wasn’t yet the proper technology to search or indicate internal injuries that could be caused. 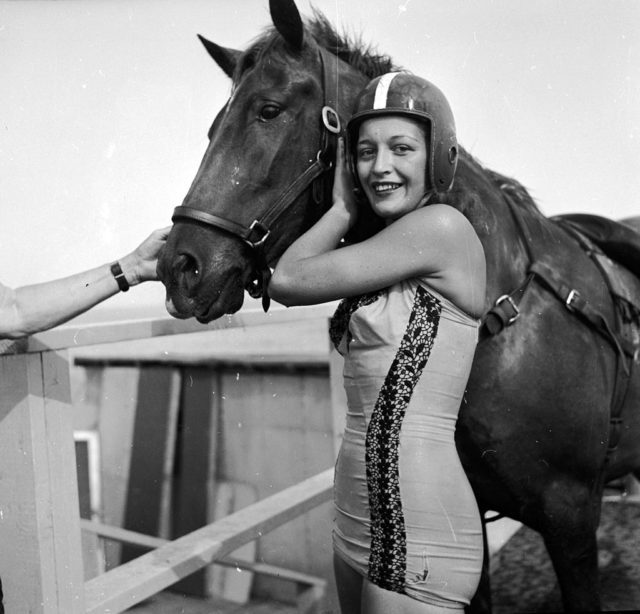 circa 1955: Dinah, a diving horse stands with her rider just after a dive. (Photo Credit: Three Lions/Getty Images) 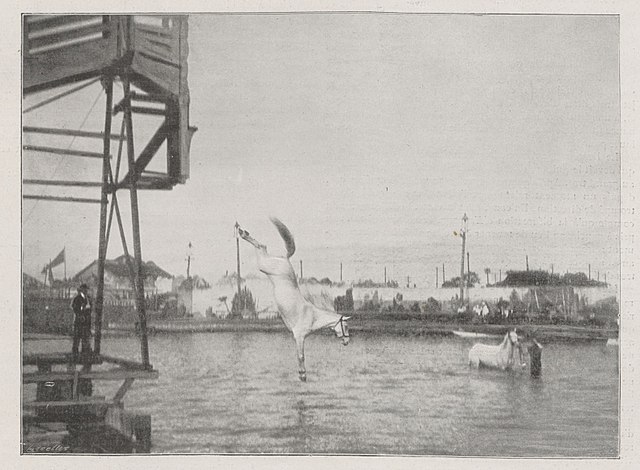 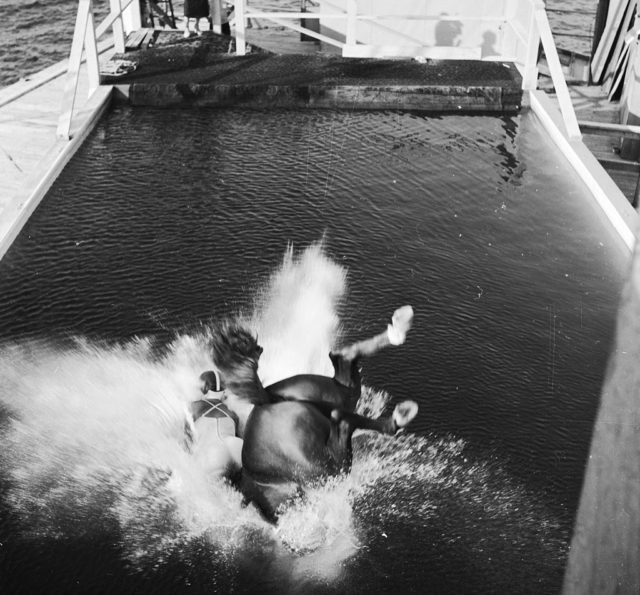 circa 1955: A diving horse and her rider disappear into a swimming pool with a splash. (Photo Credit: Three Lions/Getty Images)

More from us: We’re Glad These Bizarre Sports And Competitions Don’t Exist Anymore

Pressure from such groups resulted in the Steel Pier act being shut down. While there have been attempts to revive it – in 1993 and 2012 – none have managed to survive, given the condemnation brought about by animal rights groups and the fact society nowadays doesn’t wish to see a horse be forced to dive into a pool of water.