Sometimes, no matter how dramatic a movie is meant to be, what is happening behind the scenes is the real spectacle. Here are 10 behind-the-scenes movie incidents that truly left us speechless.

Ben Hur (1959) is often considered one of the greatest historical epics of all time. However, when the movie was being filmed, there was no such thing as CGI or special effects at all, really. This meant that producers and set designers had to get creative. 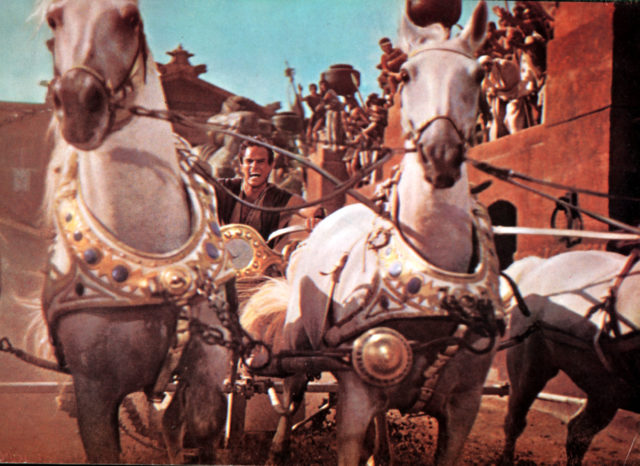 One of the issues that the production team had to tackle was the color of the water that the boat was on. The production team felt that the water was too murky, and wanted it to look bluer. They hired a chemist to develop a dye that could turn the water into a nice Mediterranean blue. Eventually, the chemist came back and dumped a large sack of powder into the water, which they assumed would turn it blue. Much to their dismay, this powder created a hard crust over the surface of the water. This crust had to be chiseled off the boats used in the movie, at a great expense.

During one of the battle scenes, an extra fell into the dyed water and apparently spent a little too much time there. His skin was stained blue, and he was kept off the MGM payroll until this dye wore off.

Although The Wizard of Oz is a beloved movie, many actors suffered greatly while working on it. It has since been revealed that actress Judy Garland was tormented on the set, but so too was the Wicked Witch of the West actress, Margaret Hamilton. 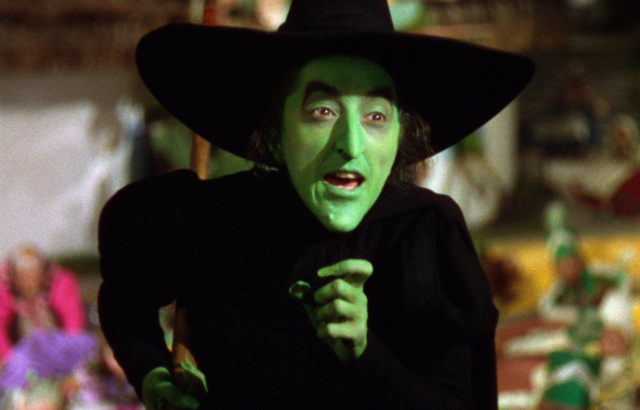 Hamilton suffered a second-degree burn on her face and a third-degree burn on her hand while filming her fiery exit from Munchkinland. A trap door’s drop was delayed, and the flames that were supposed to appear after Hamilton had dropped through the trap door ended up burning her. Hamilton had to take six weeks off to allow her burns to heal. Once back on set, she demanded that she no longer be required to work with pyrotechnics.

Unfortunately, Hamilton’s stunt double, Betty Danko also suffered horrible burns after Hamilton’s refusal to work with fire. Danko was used as a fill-in to film the scene where the Wicked Witch wrote “Surrender Dorothy” in the sky of Emerald City. To film this scene, Danko sat on a smoking pipe made to look like the Witch’s broom. However, during a take, the pipe exploded and Danko spent 11 days in the hospital and suffered from lifelong scarring on her legs.

Peter Mayhew is best known for his portrayal of Chewbacca in the Star Wars film series. However, while filming Return of the Jedi in the forests of the Pacific Northwest, Mayhew needed constant protection from “Bigfoot” hunters in the area. The actor stood 7 foot 1 inch tall, and when he was in his Chewbacca costume we must admit, he does look like what we imagine Bigfoot would look like. 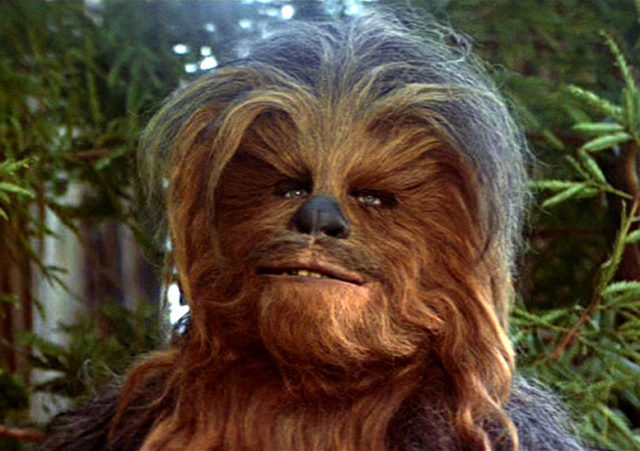 This unique protection came in the form of crew members decked out in brightly colored vests, who ensured Mayhew didn’t wander too far off the set.

In 2015, Peter Mayhew himself confirmed via Reddit that he did receive special protection during the filming of Return of the Jedi while he was in California, but he didn’t go into detail about the circumstances that caused him to require this extra service.

Goodfellas is a violent movie, and although measures are taken to ensure the actors’ safety, injuries still can happen. One such injury happened when Michael Imperioli was shooting his death scene. In this scene, Tommy (played by Joe Pesci) shoots Spider (played by Imperioli). Imperioli remembers the scene being well-rehearsed, and he was confident that he could do his own stunt. 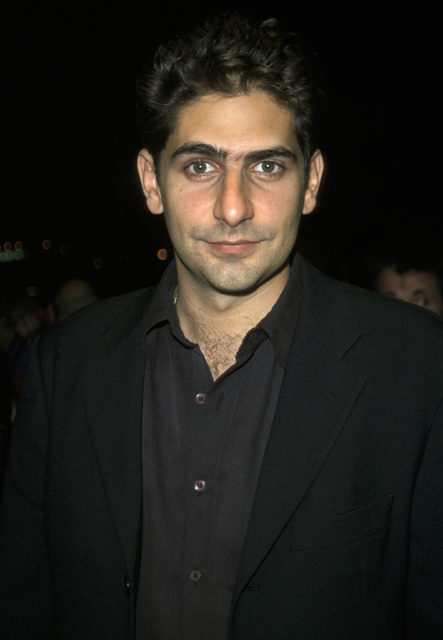 In the scene, Spider holds a glass when Tommy shoots him. This was supposed to be a prop glass that breaks safely, however, Imperioli was given an actual drinking glass. When Imperioli fell, the actual glass broke, which cut Imperioli’s hand pretty severely.

When he arrived at the emergency room to deal with the cut on his hand, hospital staff believed he had been shot and rushed him in to treat the wounds. For his death scene, Imperioli had explosive squibs put inside his shirt which would dribble out fake blood, creating the illusion that he had been shot. After doctors and nurses realized that Imperioli hadn’t been shot, they sent him back out to the waiting room and he was treated for the cut on his hand later.

The Titanic cast was poisoned with PCP-spiked clam chowder

One of the most bizarre stories that happened while filming the 1997 movie Titanic is that many members of both the cast and crew were poisoned and became ill after eating clam chowder that had been spiked with PCP. 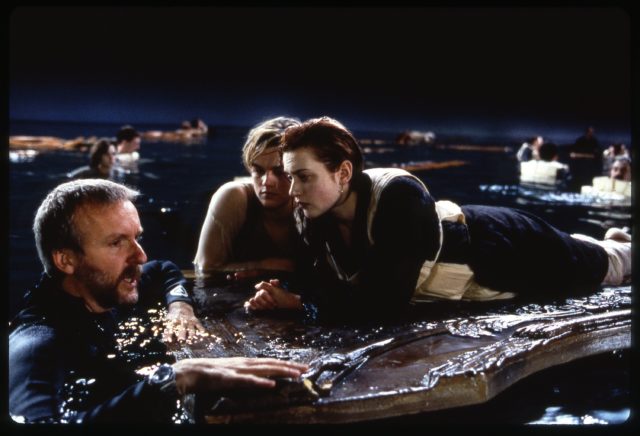 On the last night of filming in Nova Scotia, the cast and crew sat down to celebrate a successful wrap. They were then goinging to go down to the larger set located in Mexico to start filming with Leonardo DiCaprio and Kate Winslet. A catering company provided the cast and crew with a last meal that included an eastern-Canadian special, clam chowder. However, about 15 minutes after eating, the cast and crew began feeling strange. Some people were laughing, some people were crying, and some were throwing up. Eventually, those impacted were taken to a local hospital to recover, but to this day no one knows who spiked the chowder with PCP.

Jim Carrey almost quit The Grinch because of his costume

Every year, millions of people re-watch How The Grinch Stole Christmas, not only for its festive plot, but also for its iconic (and relatable) lines. However, actor Jim Carrey, who played the Grinch, was extremely close to quitting the movie because of the costume and makeup he was required to wear. 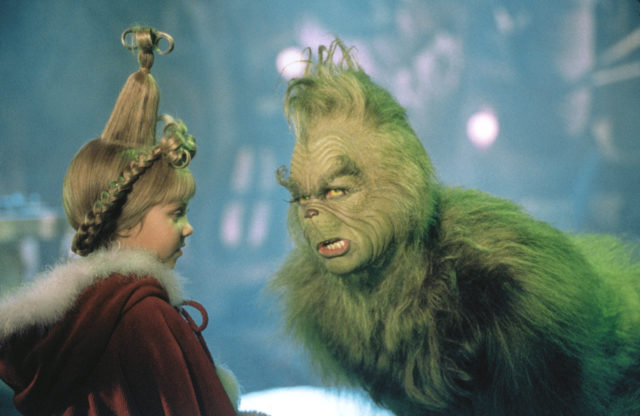 Each day of filming, Carrey had to undergo several hours of makeup. He had to wear a spandex suit covered in yak hair, and a number of facial prosthetics to give him a truly “Grinchy” look. In 2014, while on the Graham Norton Show, Carrey revealed that the makeup was similar to being “buried alive everyday.” He remembers that getting the makeup done for his character often took upwards of eight and a half hours. After the first day of filming, he went back to his trailer and put his foot through the wall, and then went to director Ron Howard to tell him that he couldn’t do the film. To ensure that Carrey would stay on the project, a man was hired who trained CIA operatives how to endure torture.

This man suggested a number of different ways to distract Carrey from downward spiraling while getting his makeup done, including “smoking as much as possible.” It would have been a hilarious sight to see Jim Carrey decked out as the Grinch smoking a cigarette!

Melanie Griffith was clawed across the face by a lion 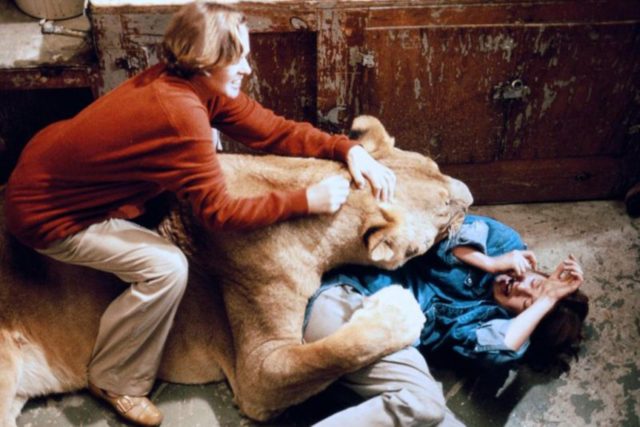 There were more than 70 lion attacks on the cast and crew while filming Roar. Melanie Griffith initially quit the movie, telling her mother Tippi Hedren, “I don’t want to come out of this with only half a face.” She later returned, but was mauled by a lion so severely that she required dozens of stitches and plastic surgery. Luckily, Griffith kept her eye and didn’t have any major scarring on her face. Director of photography Jan de Bont was also scalped by the lions and required 120 stitches.

In 2013, actress Isla Fisher revealed that she nearly drowned while filming a scene in the movie Now You See Me. Fisher’s character was performing a trick that real-life illusionist Harry Houdini was famous for, which involved being chained up in a large tank of water. The purpose of this stunt is for the illusionist to free themselves from the chains and escape without drowning. 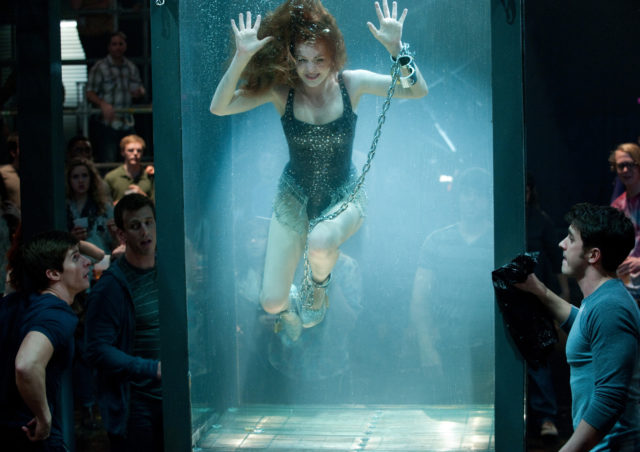 Isla Fisher performs her own stunts, and had practiced this one successfully beforehand. To ensure her safety, a number of measures were implemented in the tank of water, including a panic button and a safety diver with oxygen on standby. While filming the stunt, Fisher’s chains became tangled, so she wasn’t able to reach the panic button. She was also unable to signal to the diver that she was in trouble. Somehow, she was able to hold her breath for two and a half minutes while underwater, untangled the chains, and completed the trick. This entire near-death experience made it into the final cut of the movie.

While director George Lucas was filming on location in the deserts of Tunisia in 1975, for Star Wars: Episode IV: A New Hope, the Libyan government began to worry over the massive military vehicle parked near their border. This vehicle was actually a Jawa sandcrawler used in many Star Wars films. However, the huge prop did indeed look like a threatening military vehicle. 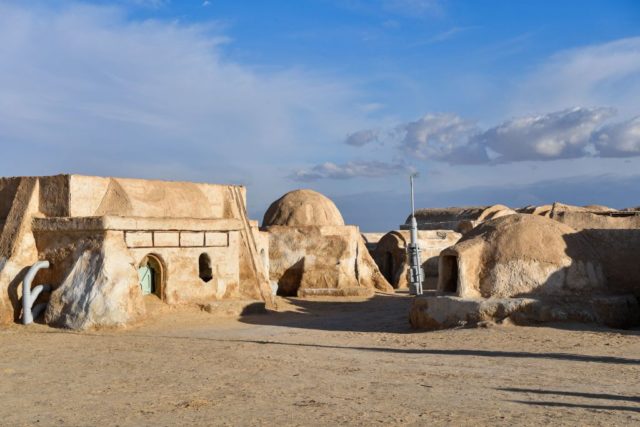 Muammar Gaddafi, who was the leader of Libya at the time, feared that this tank-like vehicle that sat on their border meant an impending invasion from the neighboring country of Tunisia. Gaddafi demanded that Tunisia dissolve its military buildup near their border or hostilities and conflict would ensue.  The Tunisian government asked Lucas to move these props away from the border to avoid a conflict with Libya. He immediately moved the sandcrawler to a much more discreet location, far away from Libyan lands.

Everyone experiences traveler’s anxiety, but most people don’t turn this anxiety into a blockbuster movie. Writer and director John Hughes took the anxiety he was feeling on his family’s first vacation in 1989 and used it as inspiration for the iconic Home Alone films. 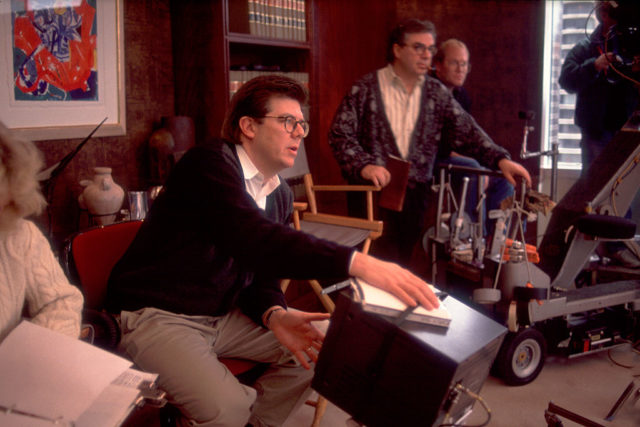 Hughes’ son Jamie revealed that the idea for Home Alone came from John wondering what would happen if one of the kids had accidentally been left behind on a family vacation. Nine days later, Hughes had finished the first draft of Home Alone. In fact, he wrote the final 44 pages in a span of eight hours.